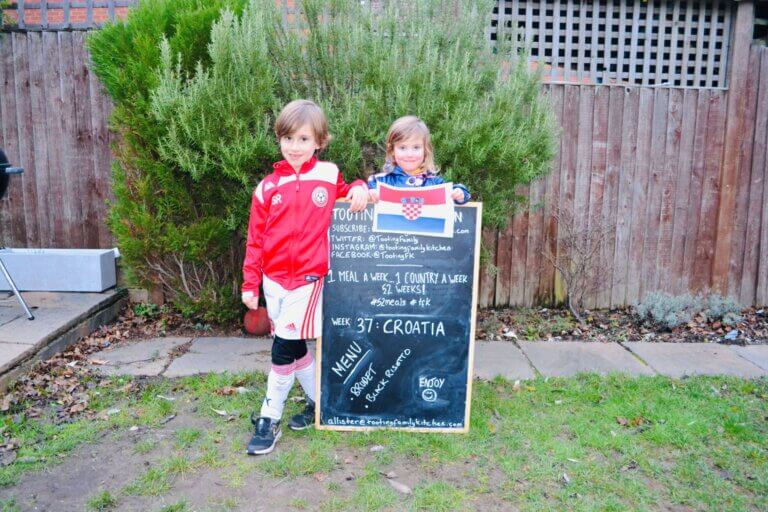 Tooting Family Kitchen hit Week 37 and it gives me great pleasure to return to the Balkans for the first time since our Albanian Feast of Week 16 and cook up a seafood extravaganza inspired by the beautiful Croatian coastline.

My memories of the Croatian coastline are from 1988 during a 7 week family camping holiday around Europe on what was an incredible, albeit hard going road trip. As a family of 4 we travelled 6000 miles through and around France, Spain, Portugal, Italy, Yugoslavia (through what is now Slovenia, Croatia, Montenegro and Kosovo) and finally into Greece…and back again! We rarely took the motorways but stuck to the picturesque coastal roads and although the accommodation was not 5* (a heavy canvas tent which if painted green would not have looked out of place in a military training exercise) and the transport was not luxurious (I have mixed emotions if I see a 1980s Volvo 740), the scenery was spectacular and we always ate very well.

The Croatian coastline was a particular highlight of this trip and I remember being totally awe struck by the stunning turquoise waters of the Adriatic Sea, the endless idyllic islands (all 1200 of them), the pristine beaches and those beautiful old fishing ports. Stunning towns such Trogir, Omis and Brela provided the perfect backdrop for the amazing seafood we would eat, whilst sat next to the gently rocking boats from which they came. The prices were always reasonable and the service was always fantastic. I remember seeing the bombing of Dubrovnic on the news a couple of years later and it barely seemed real that this was the same place we had been walking around. We could still picture the people we had met and could only try and imagine with great sadness how much their lives had changed and the fear they must have been feeling, like so many across the region at that time.

Croatia is one of the smallest countries in the world both in terms of geographical area and by the size of its population which is approx. 4 million. It is also the location of the world’s smallest town, Hum in Istria, with a population of about 20, but these statistics in no way hold them back from competing on the world stage…as we found out in 2018 World Cup Semi Final! Despite being the 127th biggest country in the world their men are the 7th tallest, although height was clearly not the reason for Luka Modrić winning the Ballon d’Or in 2018 coming in at just 5ft 8! In the 2016 Rio Olympics Croatia won the biggest amount of gold medals (per capita) and it is home to the two top ace servers in tennis history in Ivo Karlović and Goran Ivanišević. After all this sport though its important to unwind and being home to over 40,000 vinyards covering nearly 21000 hectares of land Croatia is ranked 4th in the world for alcohol consumption…all that fresh seafood needs to be washed down with something! And for those with a sweet tooth – a strudel nearly 1.5km long (clearly the longest in the world) was baked in the town of Jaškovo!

It’s not all about the seafood though and like many countries Croatian food is very regional. Our friend Ivana grew up in the town of Varaždin in the northern Croatian region of Hrvatsko zagorje. She told us about a completely different cuisine to that which I had had experienced and one which is characterized by the earlier Slavic and the more recent contacts with Hungarian and Turkish cuisine, than the more Mediterranean style of the Adriatic coast. Ivana spoke of delicious, hearty goulash often with wild boar or venison and a traditional New Year’s meal of Sarma, a type of stuffed cabbage role similar to the Holubtsi we cooked for our Ukrainian dinner. The cuisine and scenery sounded equally as stunning in their own right and next time we visit Croatia we will certainly being making the trip to the north!

Checking out the squid 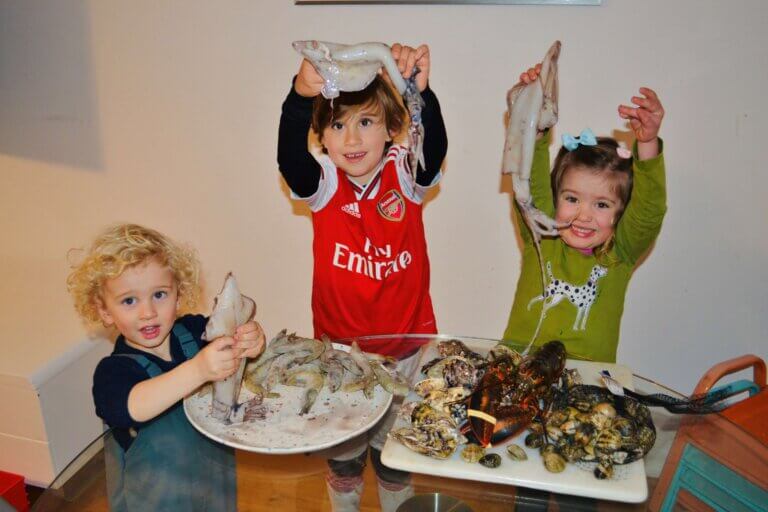 Getting up close to the lobster 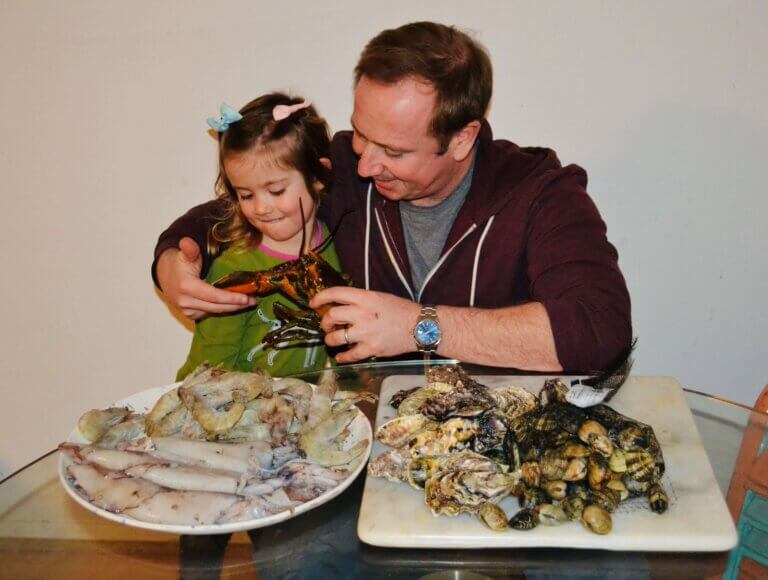 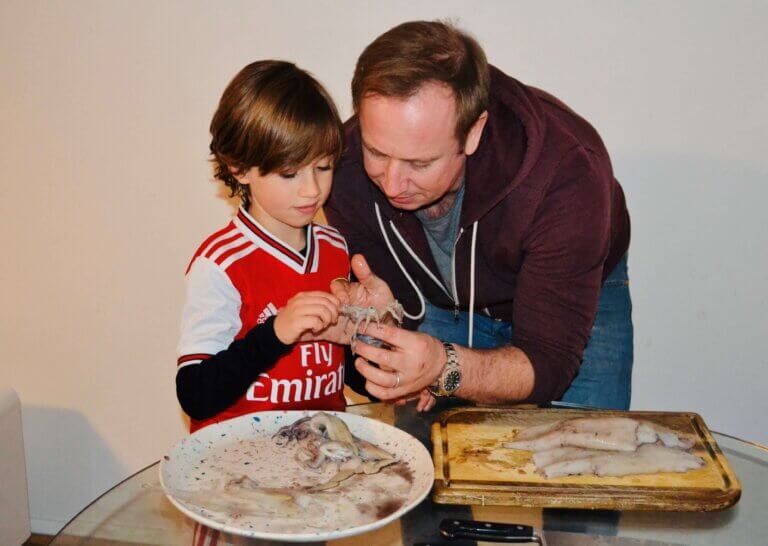 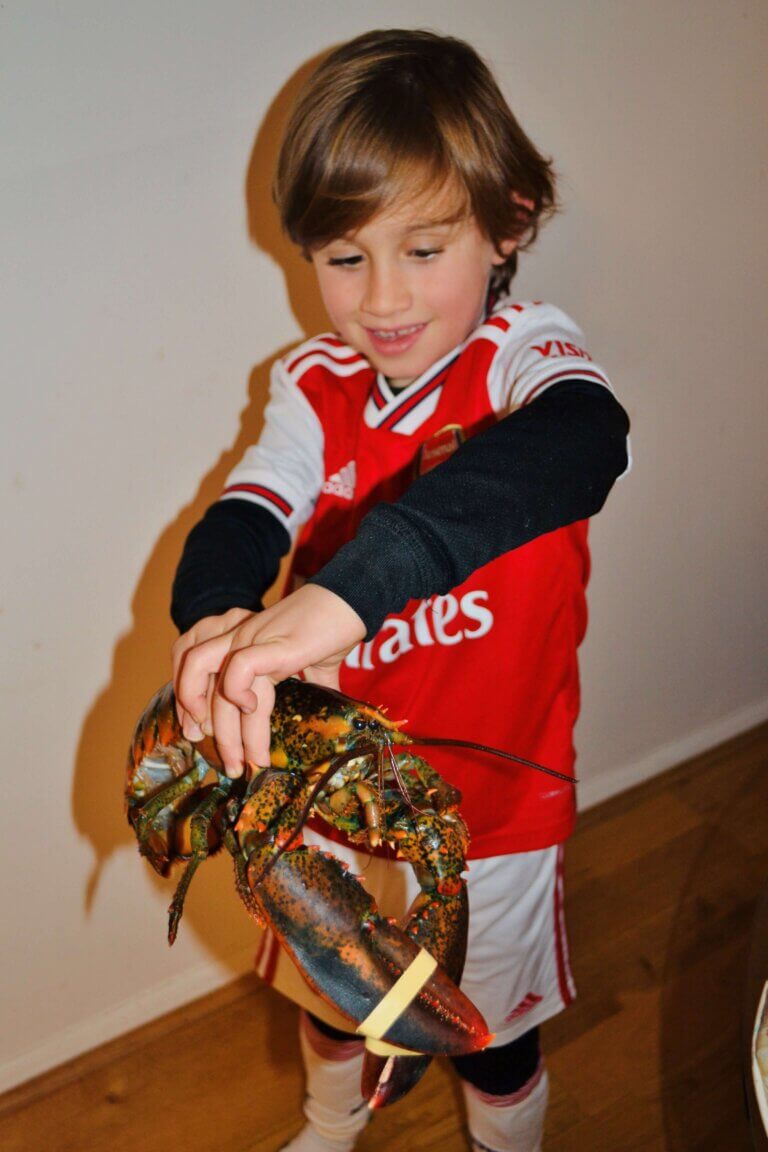 20 mins in the freezer before cooking 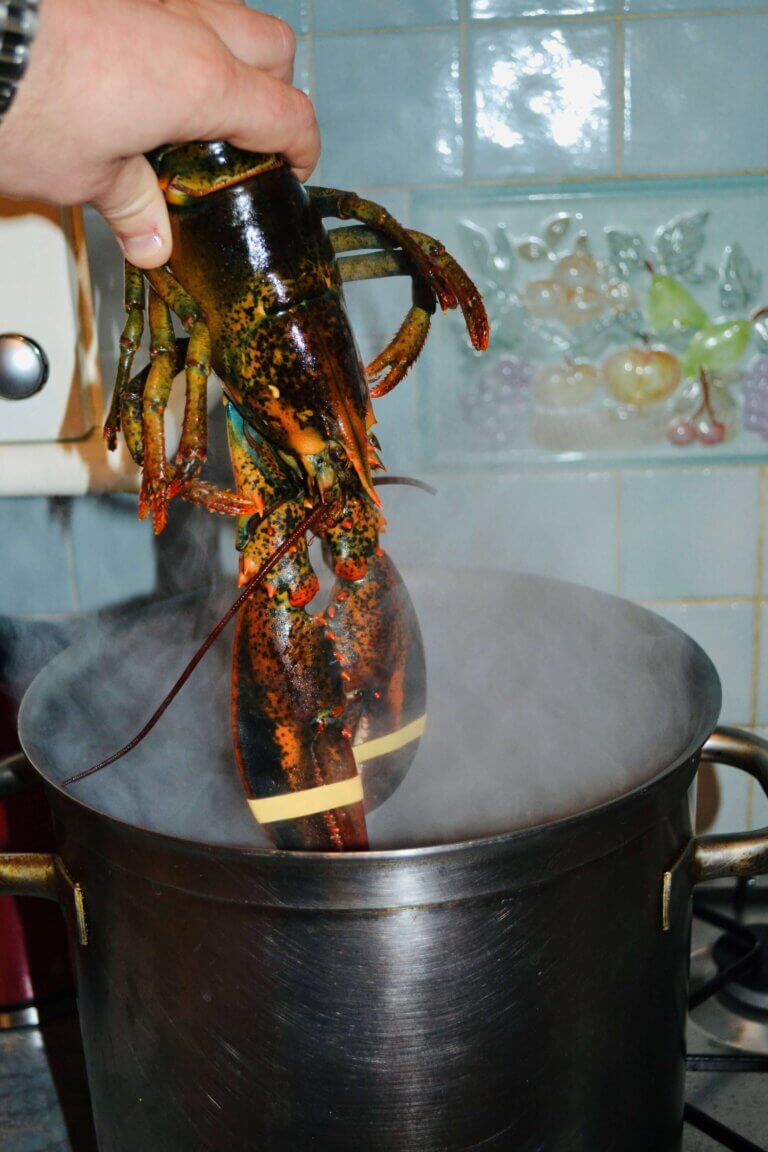 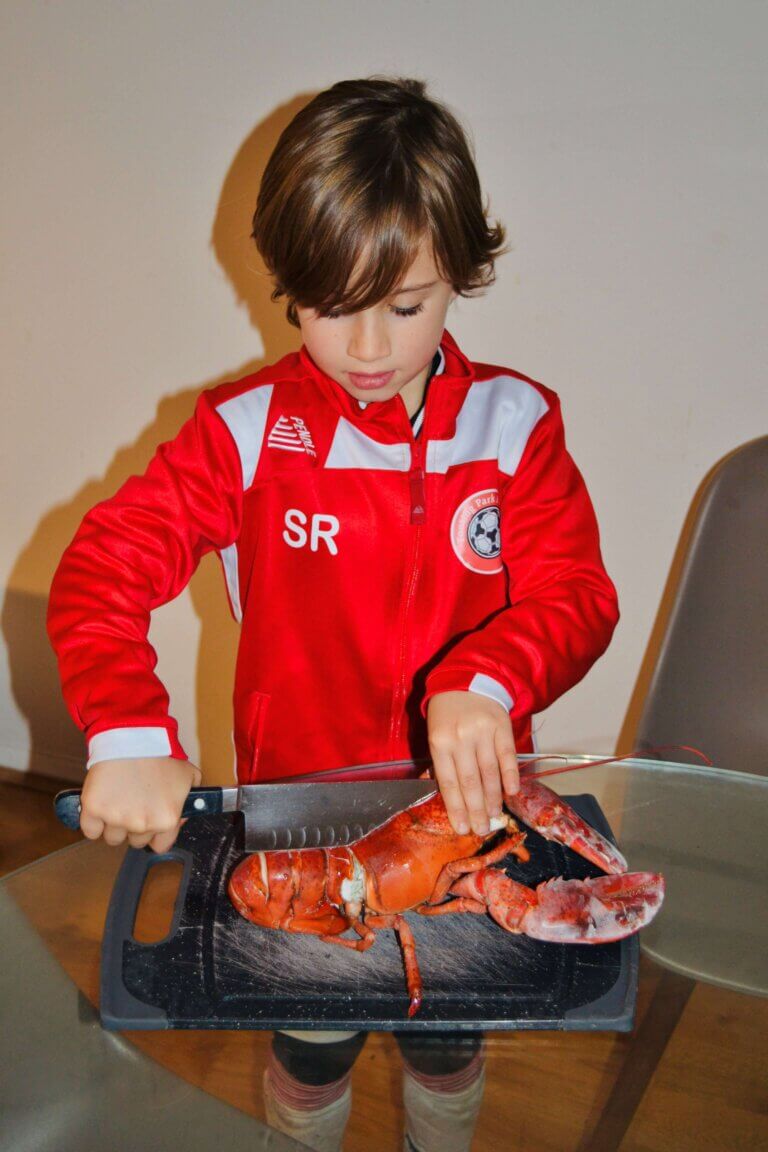 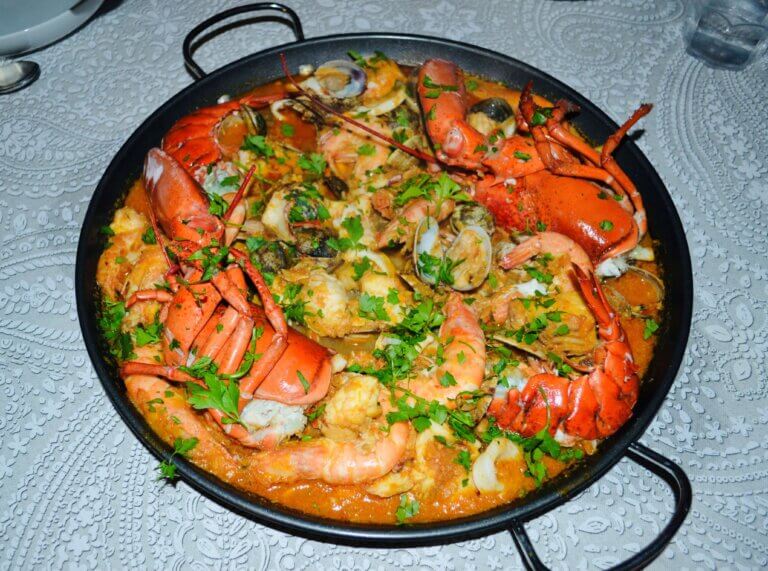 500g of squid, cleaned and chopped 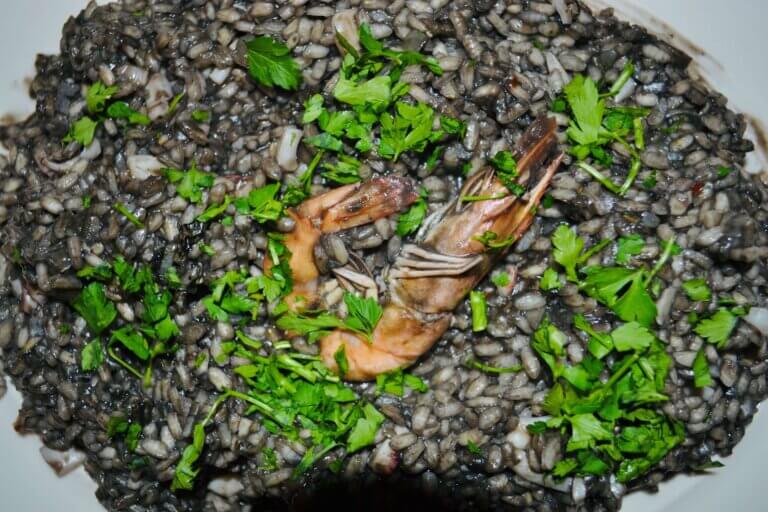 1 sachet of squid ink or use ink sacks from squid 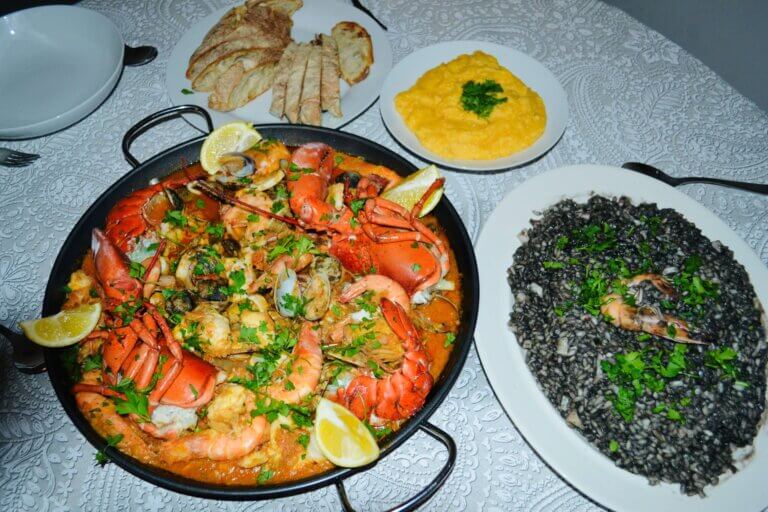 Time to tuck in 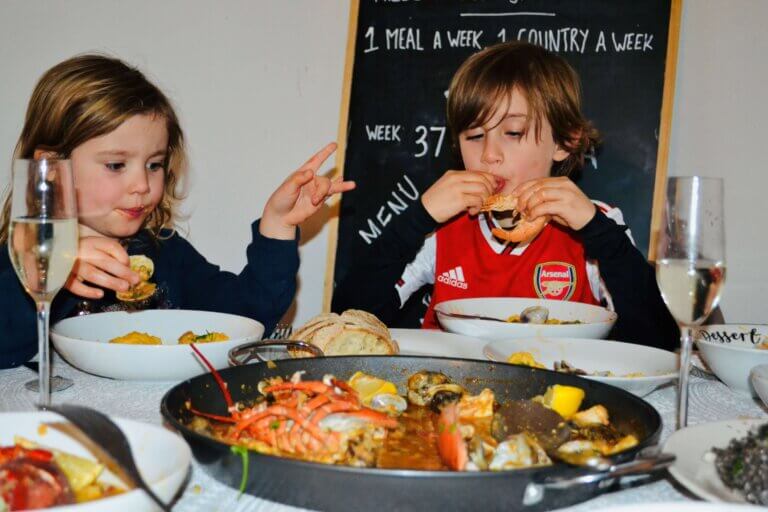 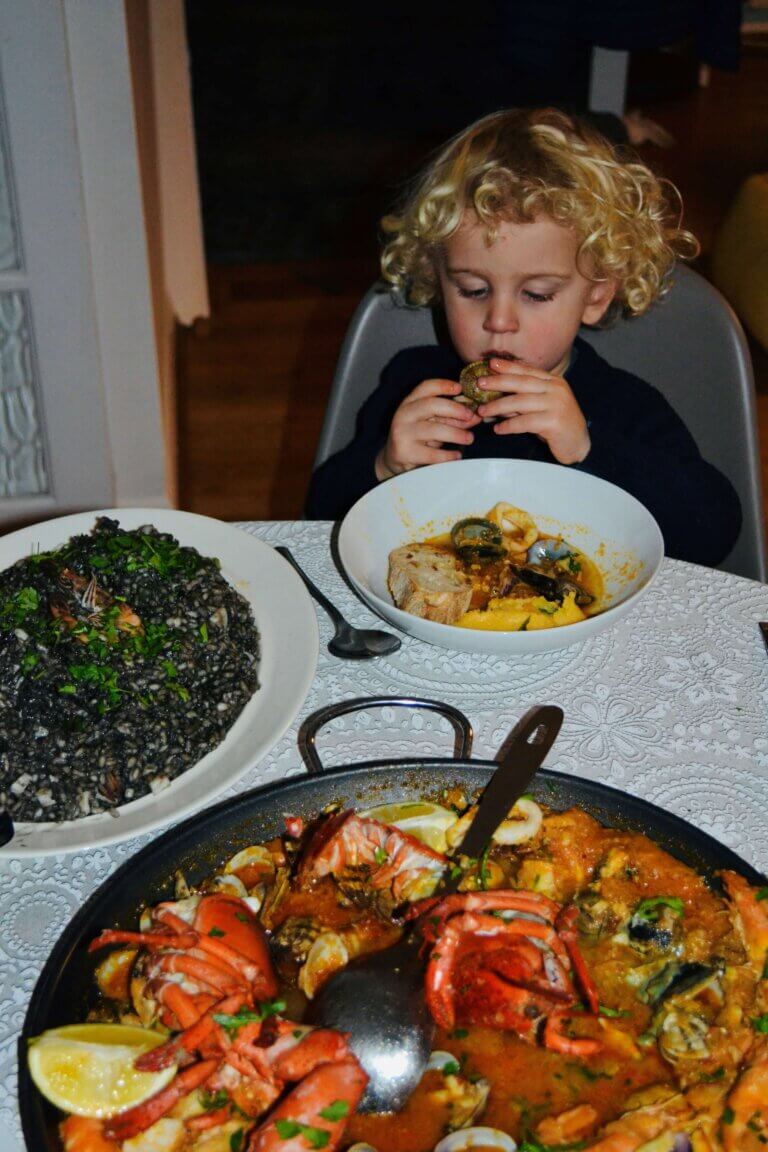 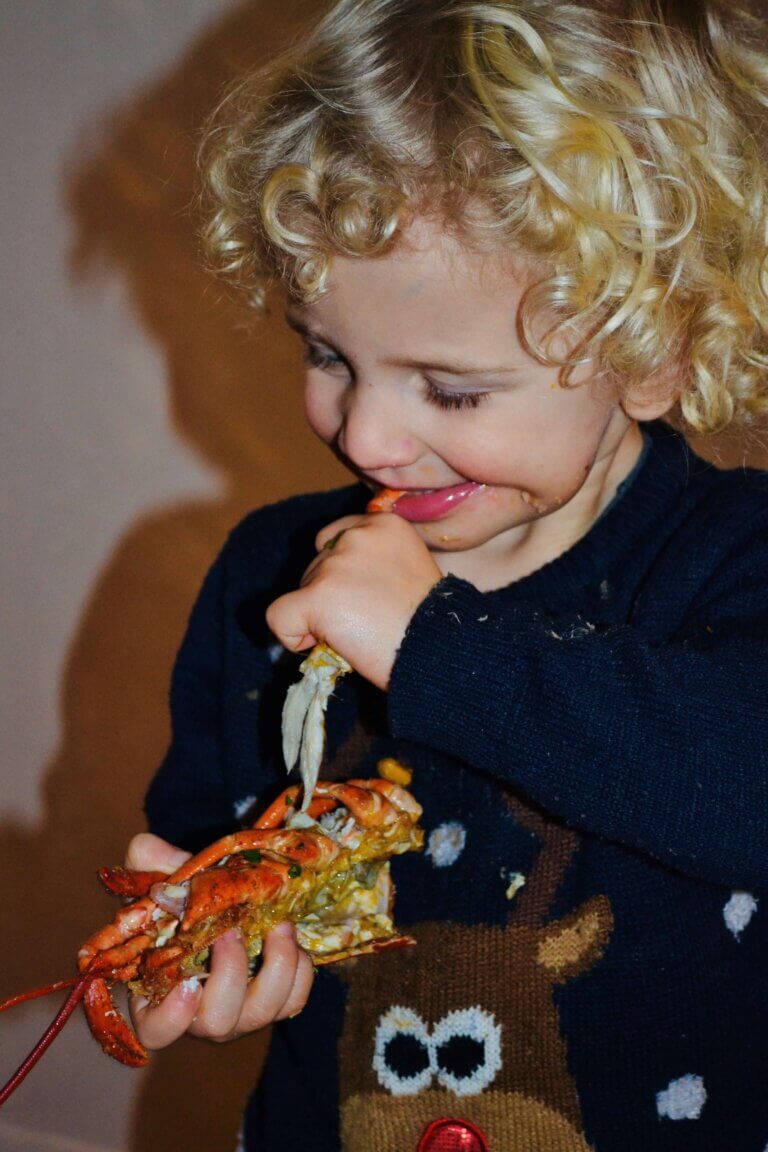 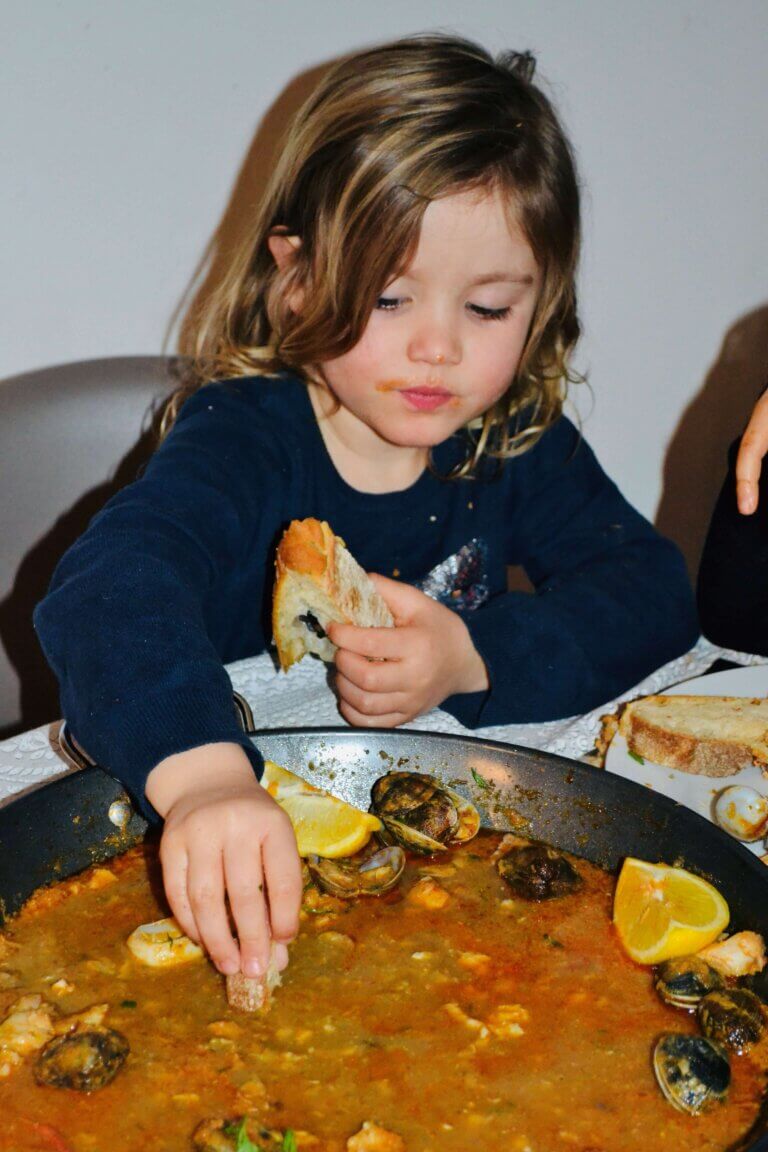 Croatia that was awesome! 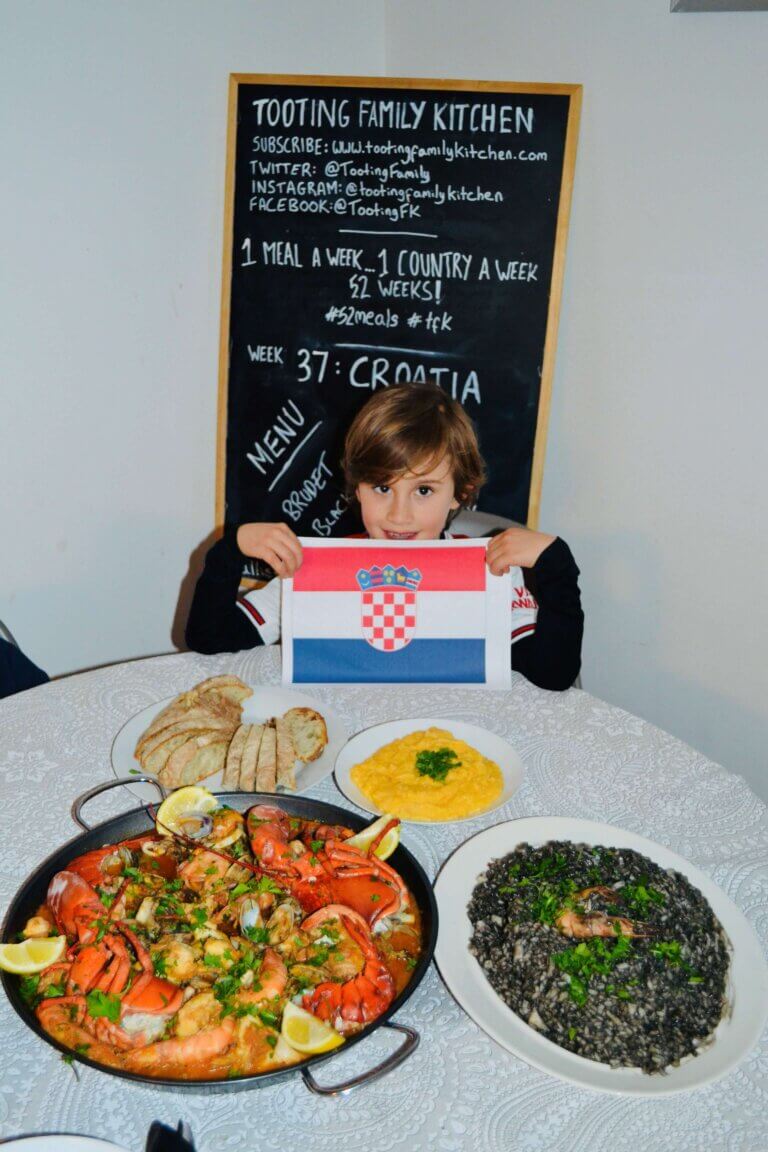 Thank you Croatia, that was epic! Can’t wait to explore more of your cuisine.