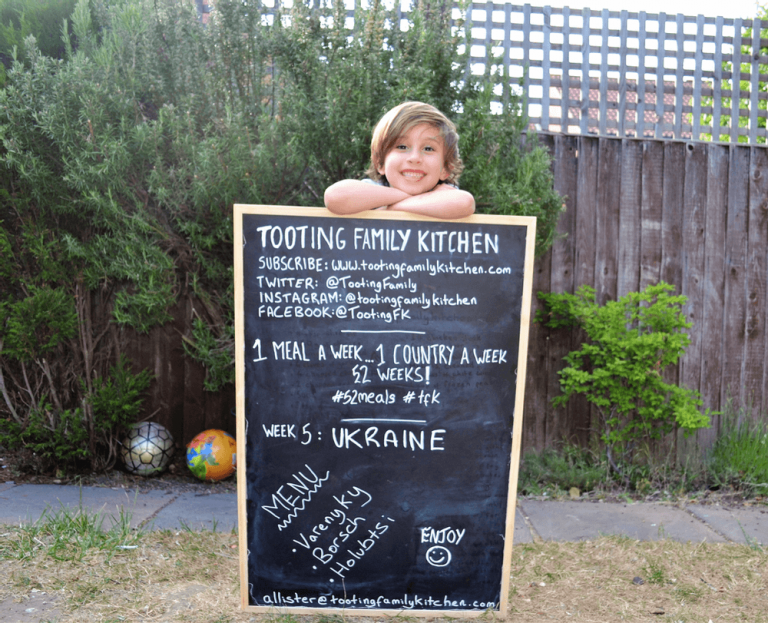 Tooting Family Kitchen welcomes you to Week 5 of our 52 Meal Challenge where we cook up a Ukrainian Family Feast we hope you will enjoy!

For 18 months of my life I was called Oleg. It was during my military days and I was on an 18 month full time intensive Russian language course. The idea was that people didn’t have to be concerned about using rank in the class room when given an alias…given it was just me and my mate John (aka Sergei) on the course though, it was a bit weird really and to this day if I hear someone shout Oleg I will turn around. I always wondered why we couldn’t pick our own names but I did ask – apparently ‘Night Hawk’ isn’t very Russian!

Part of the course involved me (and my alter ego) living for a period in Ukraine. I was housed with a wonderful elderly couple in a tiny flat within a high rise on the outskirts of the city. I mention their age as anyone with any notion of modern history will appreciate the tough times the Ukrainians have been through. Life for them was hard but they always had a smile on their face and I learnt about the culture, the people, the history and authentic Ukrainian cuisine first hand. The home cooked food was basic but boy, could they make cabbage, potato and beetroot taste good! and at the end of the meal the Horilka (homemade vodka) would come out and the three of us would share a drink and toast ‘Na Zdorovie’. Good times that I will never forget and meals that I will rate higher than the best Michelin starred food I have ever had the pleasure to taste. I will add that the only place I ever had a Chicken Kiev, in Kiev, was in an Irish Bar!

Ukraine is often referred to as “The Breadbasket of Europe” and its cuisine largely comes from humble peasant dishes born from its extremely fertile black soil using its abundance of grains, potatoes, cabbages and beets, all of which we have used in our Ukrainian family dinner. Varenyky is a Ukrainian filled dumpling similar to Polish Pierogi. It can be filled with various fillings but I love the simplicity of potato and onion! Borscht again has versions throughout Eastern Europe and although very popular in Russia and Poland, Ukraine is considered by many as the birthplace. Finally Holubtsi – there is always a place in an authentic Ukrainian home cooked dinner for meat stuffed cabbage and it’s a great way to use up ingredients.

If you like our traditional Ukrainian food and are inspired to delve deeper into Ukrainian cuisine follow Olia Hercules and take a look at her awesome book Mamushka, which inspired some of these recipes.

The Dishes: Ukrainian Borscht with Varenyky and Holubtsi 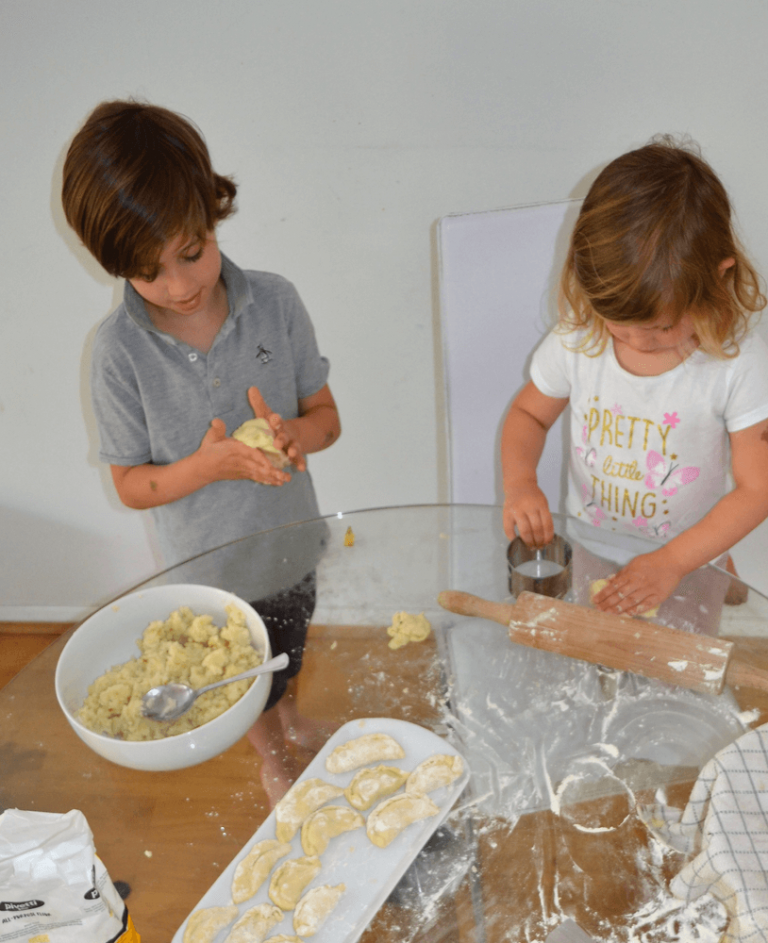 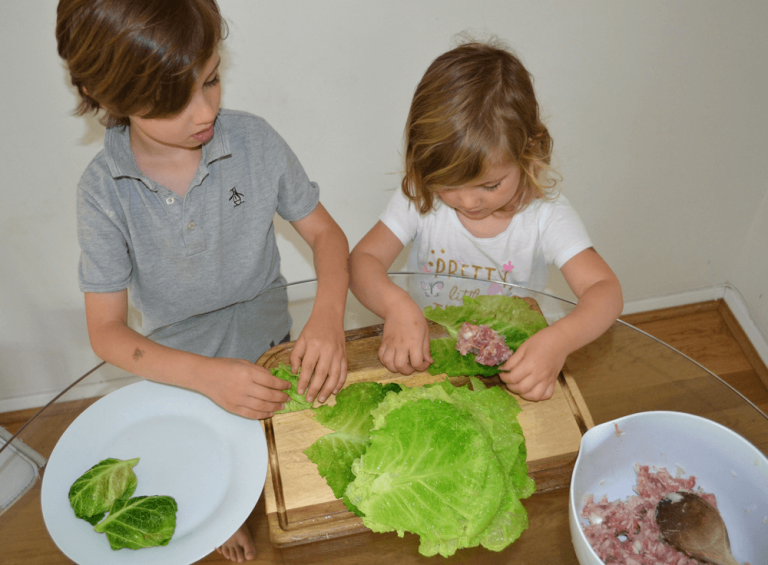 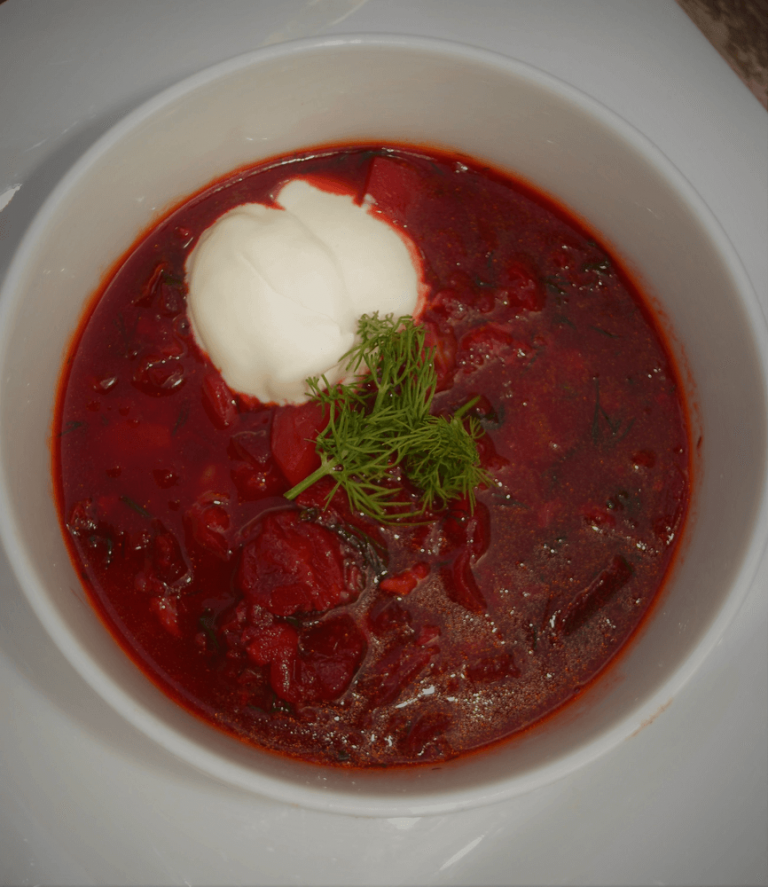 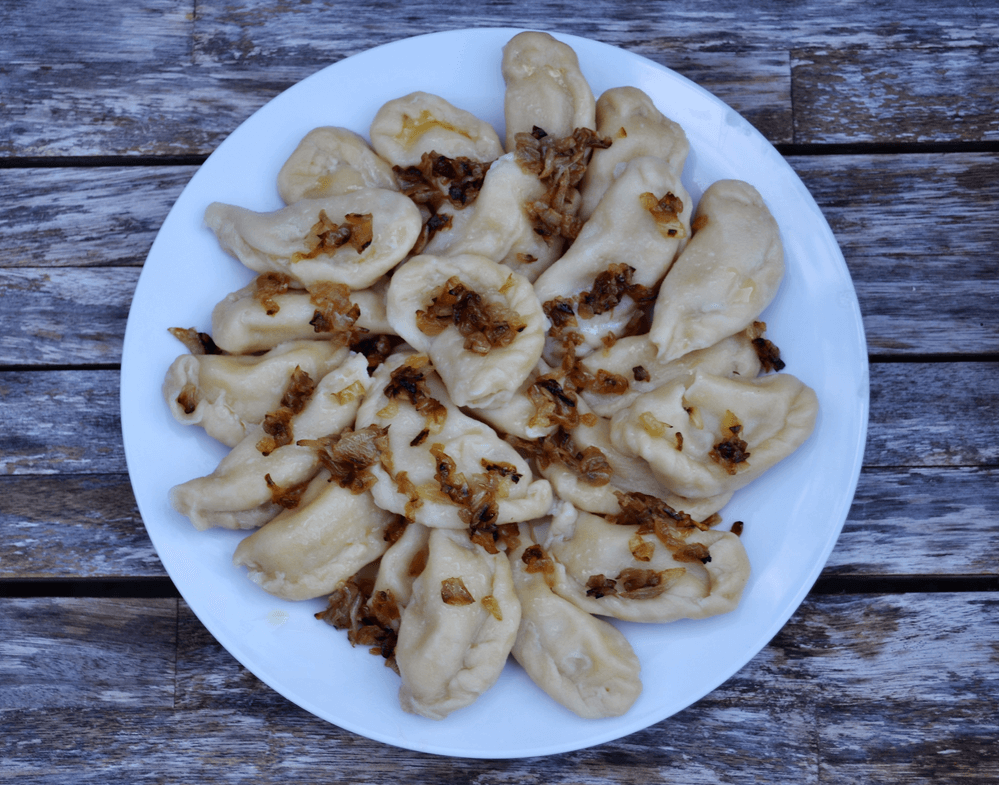 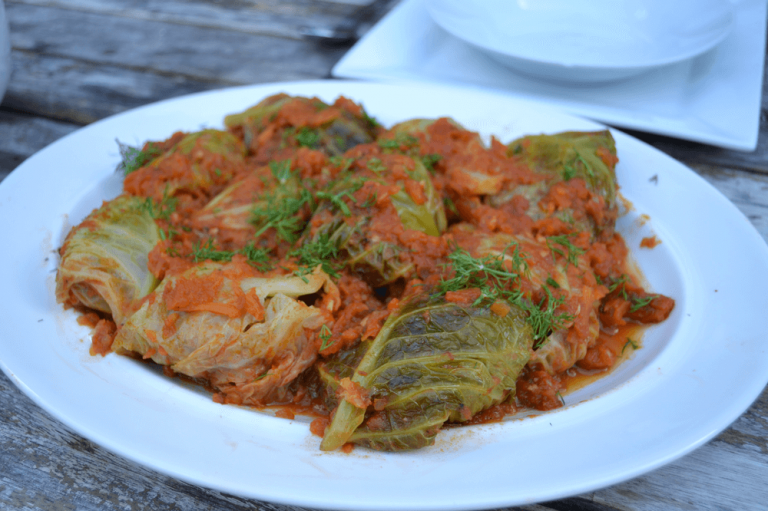 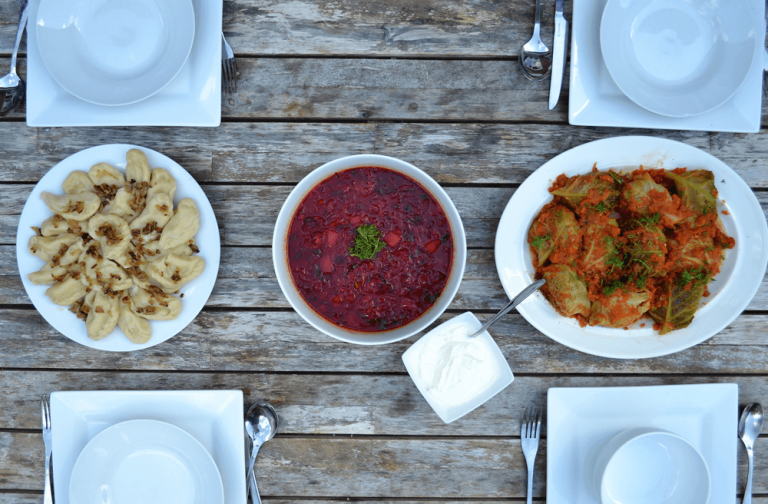 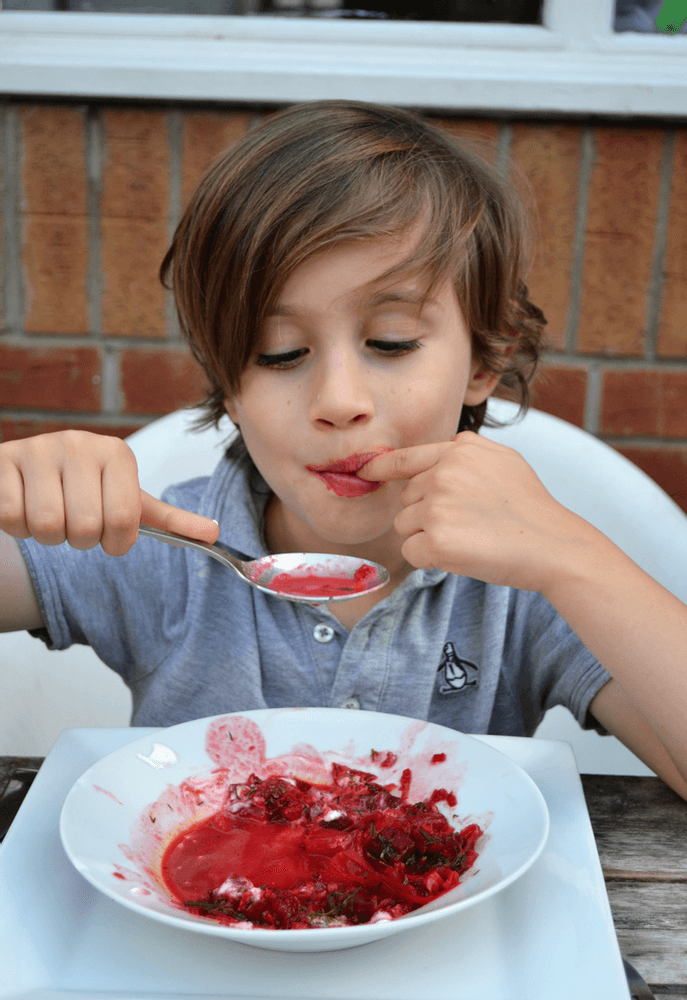 The Borscht is looking to be a family hit 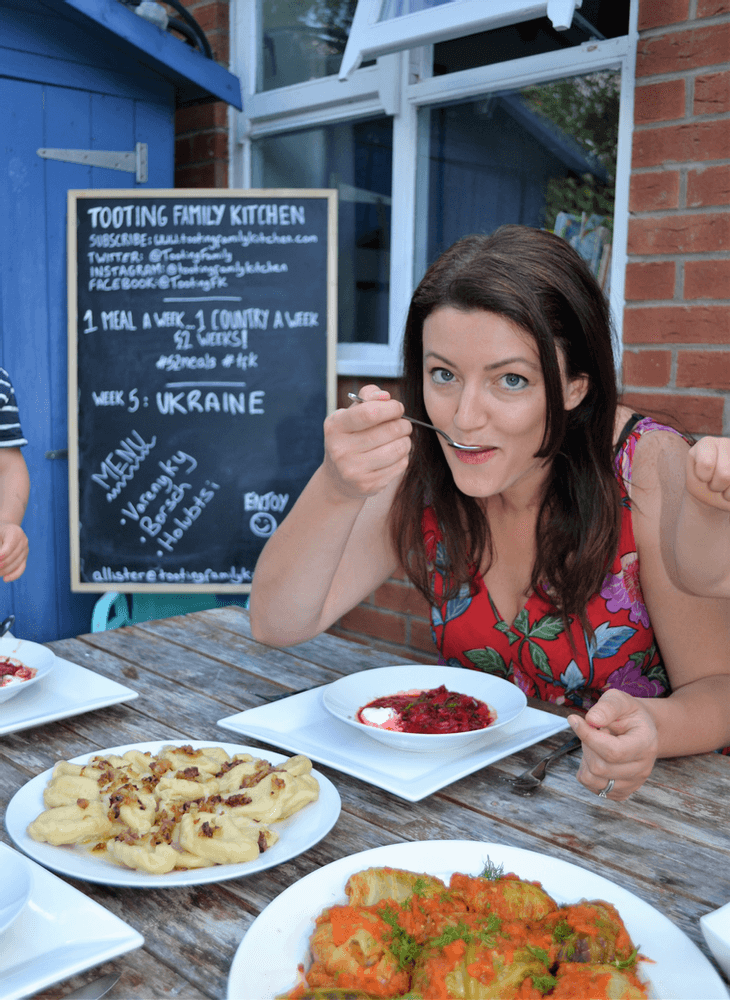 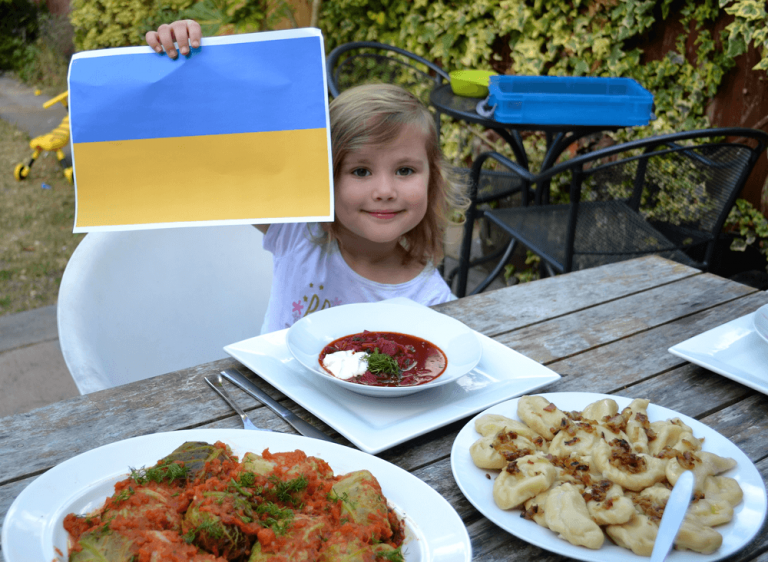 Thank you Ukraine. We hope you enjoyed our home cooked Ukrainian family feast!