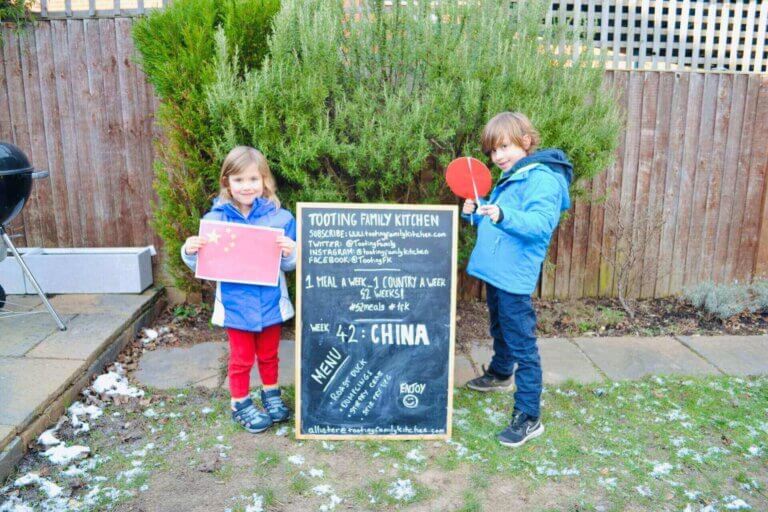 Week 42 and we are delighted to arrive at our final destination before we start the final countdown of our last 10 meals! What a week to head to China and gate crash the 15 day new year celebrations with a sumptuous banquet to kick off the year of the Ox!

China’s civilization spans over 5000 years and being the world’s most populous country it certainly packs a punch…on that topic it is country you don’t want to upset having the world’s largest standing army with over 2 million personnel! China’s population of approximately 1.3 billion people means that roughly 1 in 5 people on the planet are Chinese. To offer some proportion, their population is around 20 times bigger than that of the UK. Putting into context the equivalent of nearly half the UK population live in caves but a new skyscraper is built every 5 days, twice the UK population live on less than $1 a dollar a day and twice the UK population are in the top 10% of the richest people on the planet. Men outnumber women by half the population of UK and due to China’s previous one child policy, there is a concern around a phenomenon named 4-2-1. When children from single child families reach working age and need to support 2 parents and 2 sets of grandparents in retirement…this is a country where it is illegal not to visit your parents if they are over 60. However, despite the country being so large (if you put together all its railway lines they would loop the world twice) it is a country with only one time zone and in the West of China sunrise can be as late as 10am!

Chinese culture is incredibly diverse and unique and its heritage can be witnessed throughout the world where its art, literature, martial arts, cuisine and philosophy have had a truly global effect. It is influenced by the teachings of the Chinese philosopher Confucius (551–479 BCE), known as Confucianism, a national philosophy which encourages respect for rulers, family and good moral character. In ancient China it was believed that China is the centre of the world which is reflected in their name, Zhōngguó (in Chinese) which means Middle Kingdom. Like us Brits they love a cup of tea but offering guests a nice mug of my preferred brew (Yorkshire Tea) may be met with disdain, as the way you drink your tea and the tea you drink can very much mirror ones social status.

China has 55 UNESCO World Heritage Sites ranking it top of the world along with Italy. Top the of list has to be The Great Wall, an incredible feat of engineering visible from space, but perhaps one of the greatest innovations of the Ming dynasty and what made this possible was the key ingredient used in the mortar to hold it altogether…sticky rice! Using sticky rice as a construction agent in many of their structures enabled them to withstand the toughest earthquakes. Not far behind is the Terracotta Army which took 37 years to build the 8000 clay soldiers to guard an emperors tomb. I have to say though, given the Emperor Tang of Shang had 94 ‘ice men’ whose sole purpose was to make him ice cream I feel they had the recourses to shave a few years off that time frame.

Chinese food can be as diverse as its culture and varies from region to region with perhaps Cantonese being the most popular throughout the world. Whilst we are familiar with the menus of our local Chinese restaurants there are other household staples which can be linked back to China too. We have already seen that Emperor Tang was a big fan of ice cream but a lot of people don’t know that ice cream was invented in China before being introduced to the world by Italy. Most households in the UK will also be in stock of a bottle of ketchup, which has evolved from a pickled fish sauce called ke-tsiap! But to heap disappointment on those who consume the 3 billion fortune cookies made every year, they were invented in San Francisco, but I am sure “a fresh start will (indeed) put you on your way”. Half the world’s pigs live in china so needless to say pork is favourite on most menus. Be prepared for some misleading names too… “Husband Wife Lung Slices” is not cannibalism but thinly sliced cuts of meat seasoned in chilli oil and for a real treat (although it may set you back $3,000) you may want to try a ‘Bird Nest’, an edible nest made from solidified saliva”

We hope we have done Chinese cuisine justice with our Chinese New Year Feast. 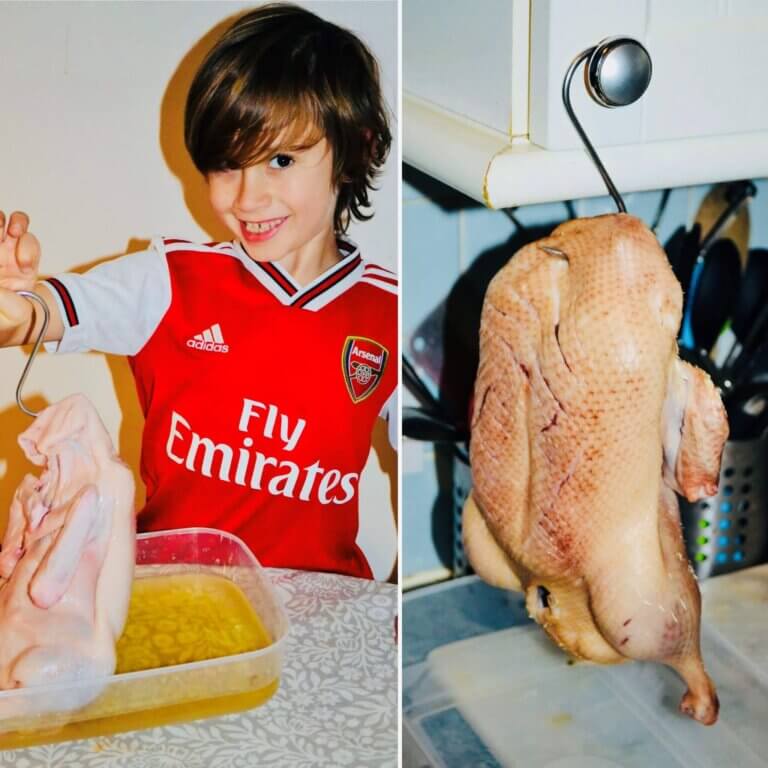 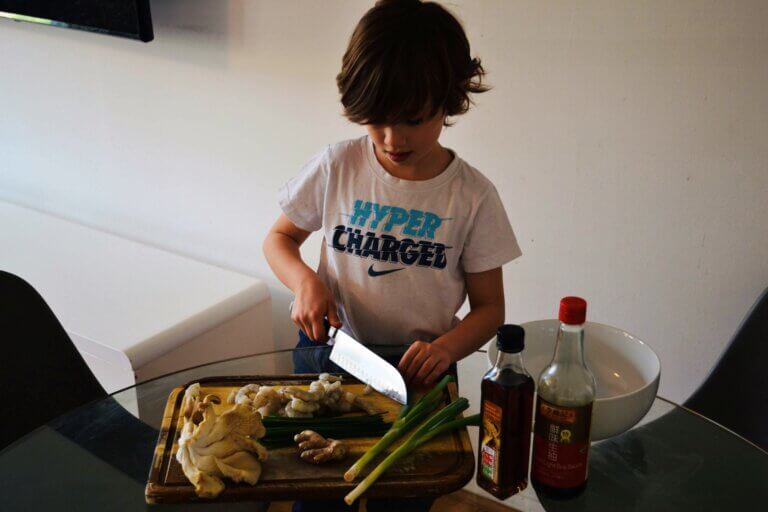 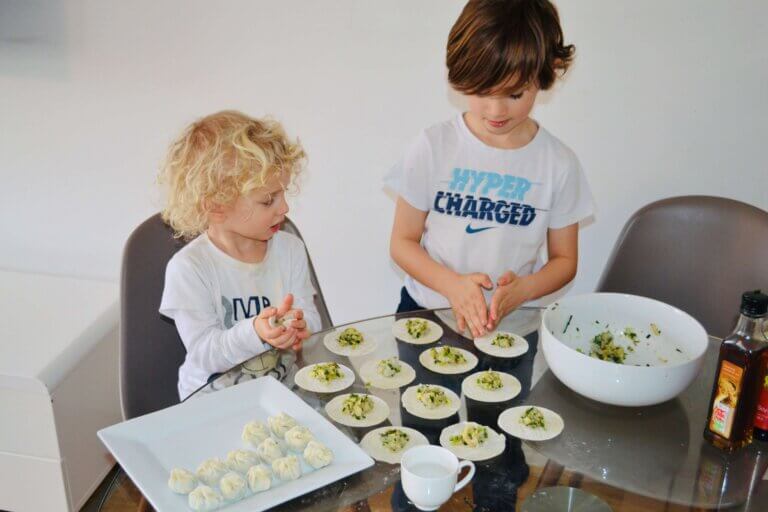 Checking out the crabs 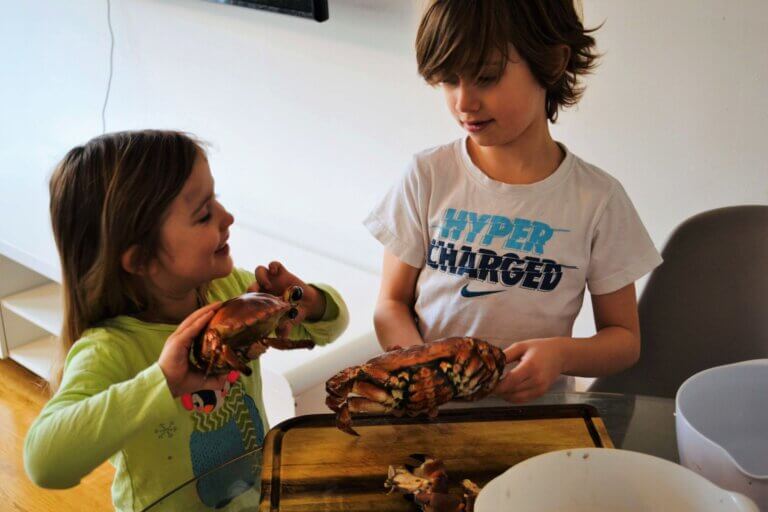 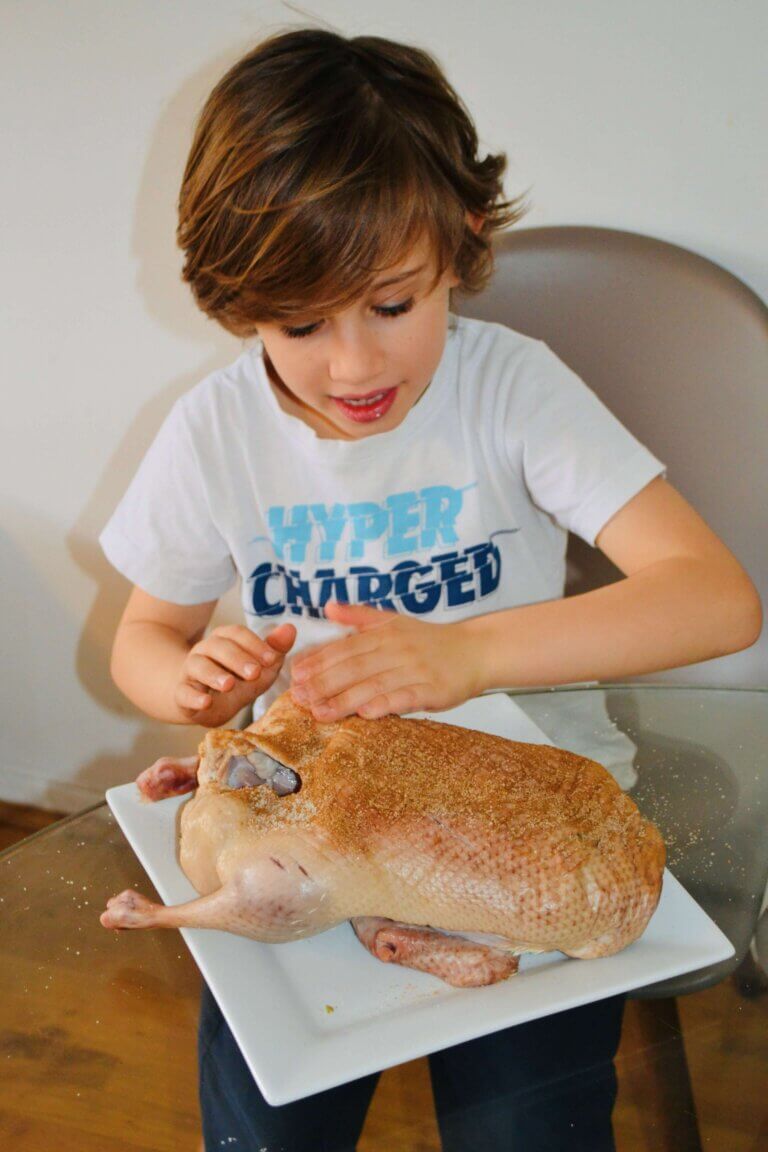 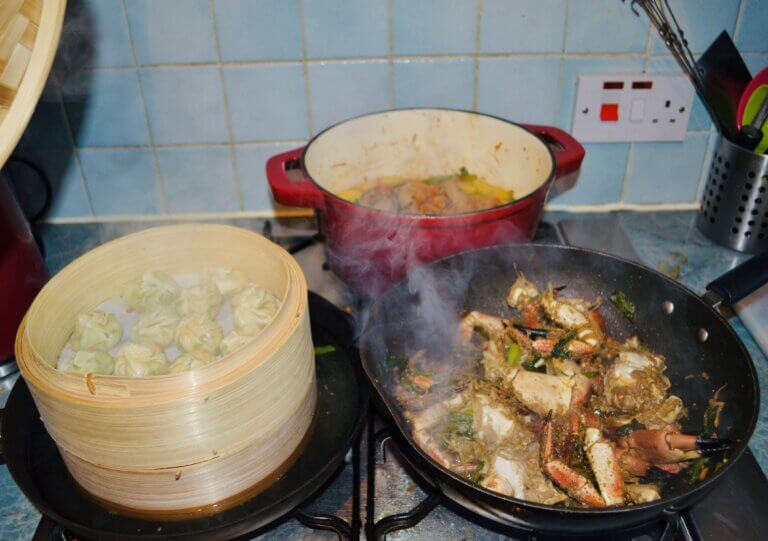 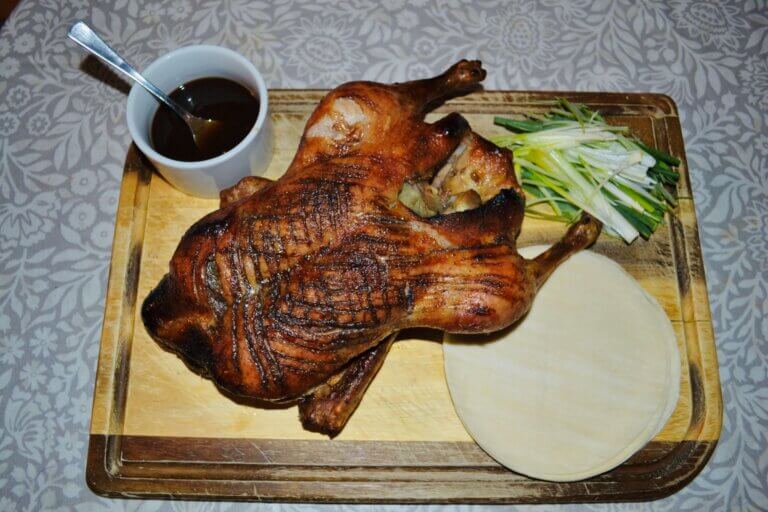 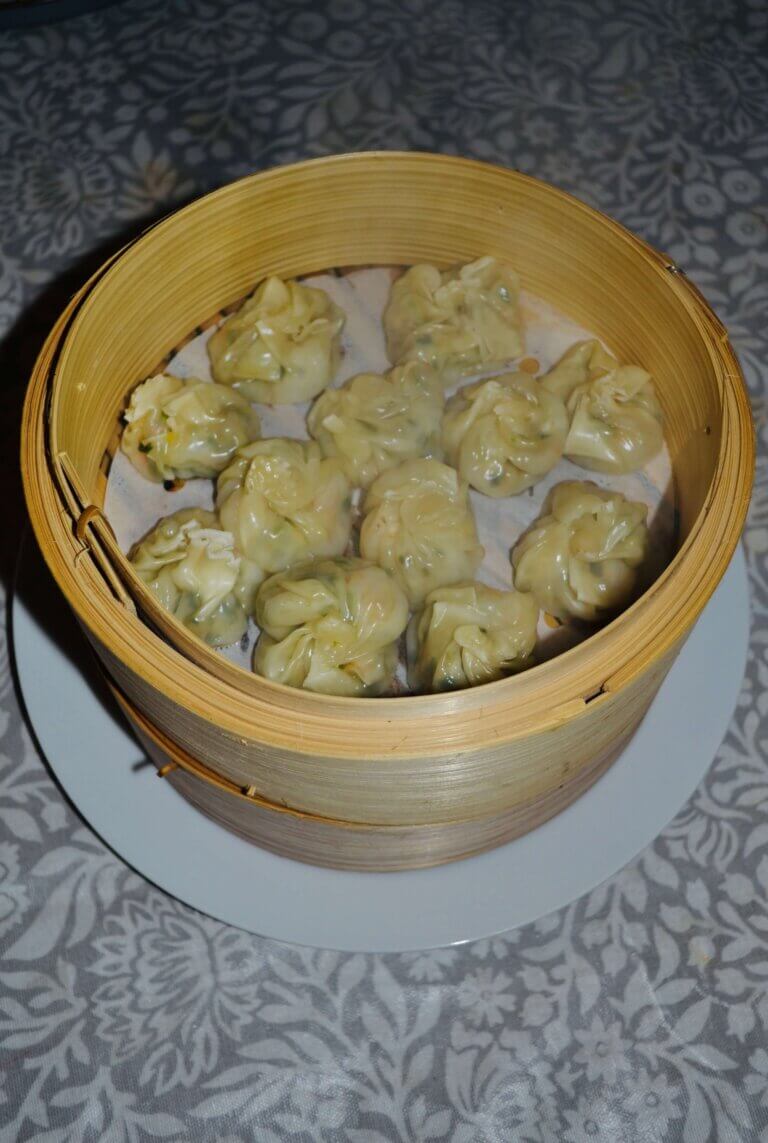 I pack of gyoza wrappers 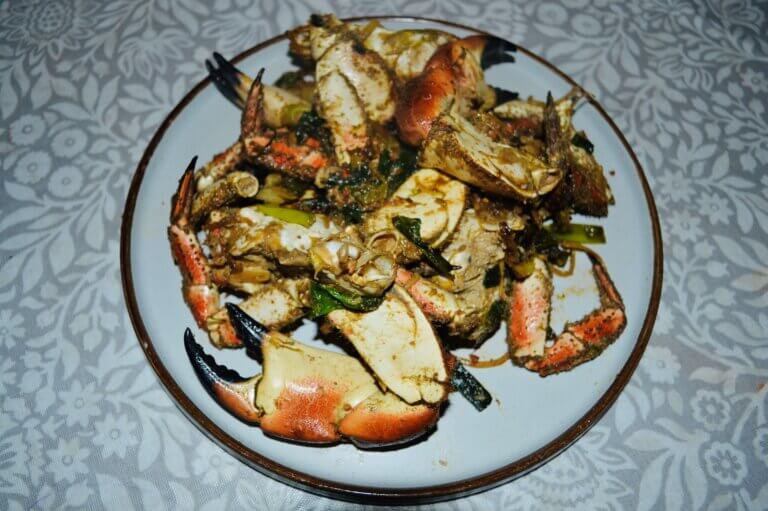 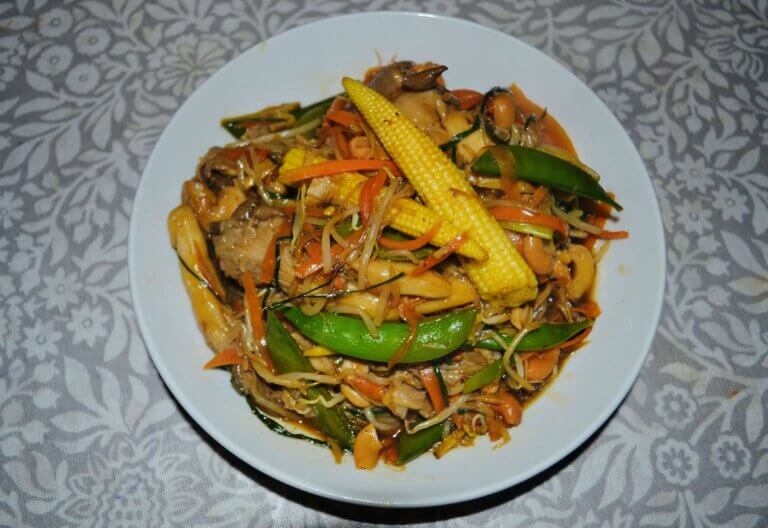 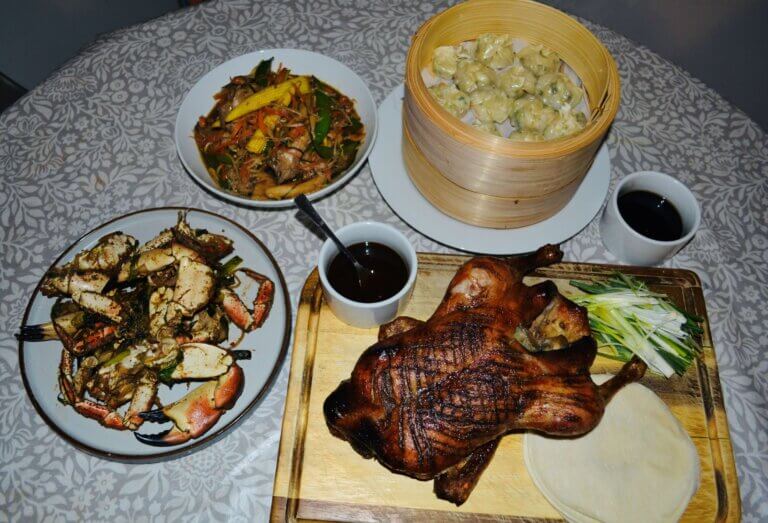 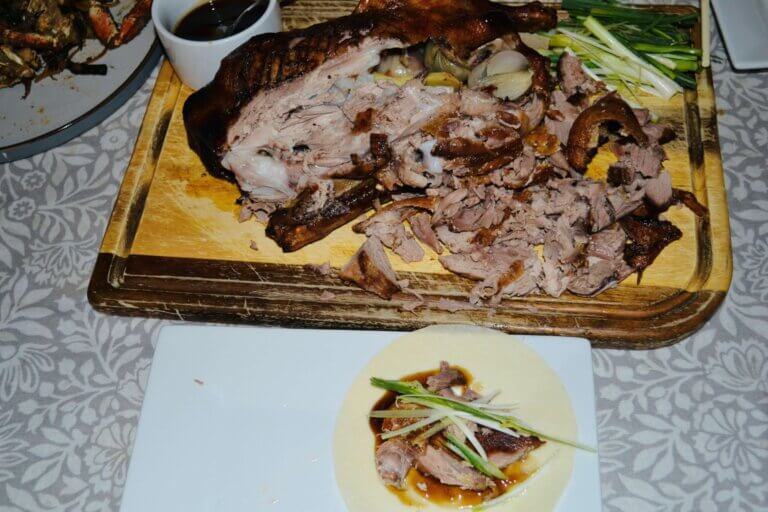 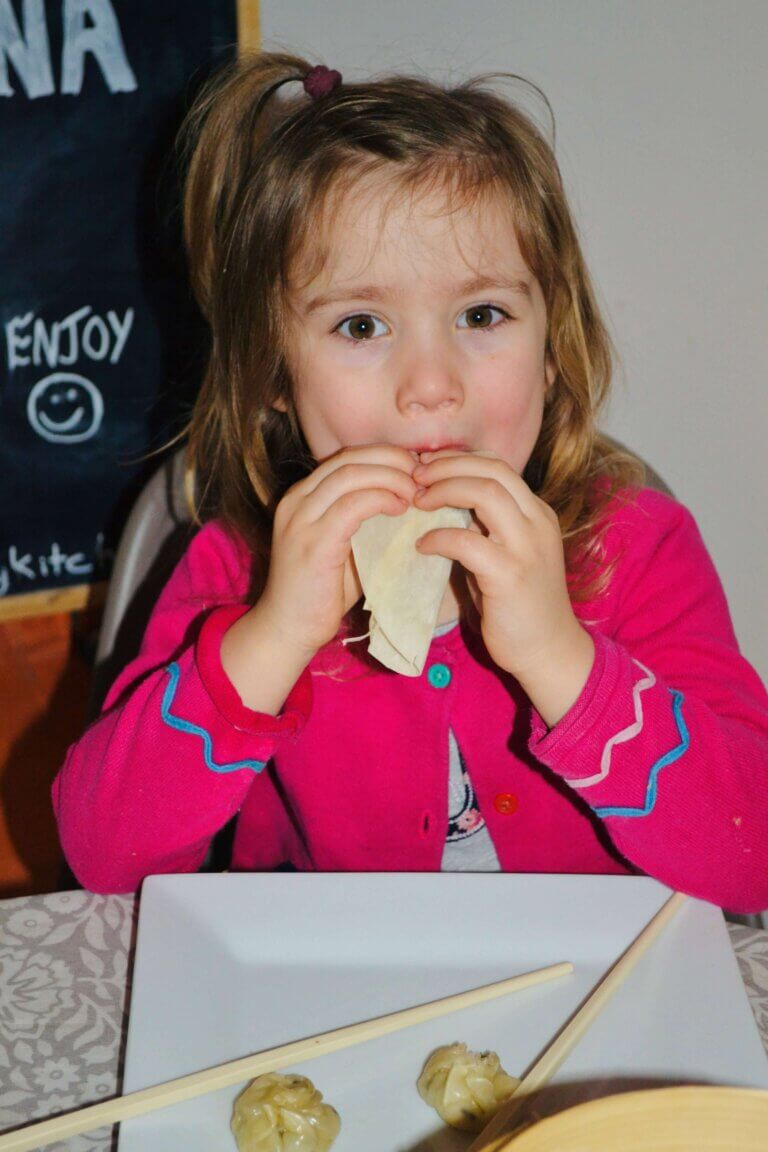 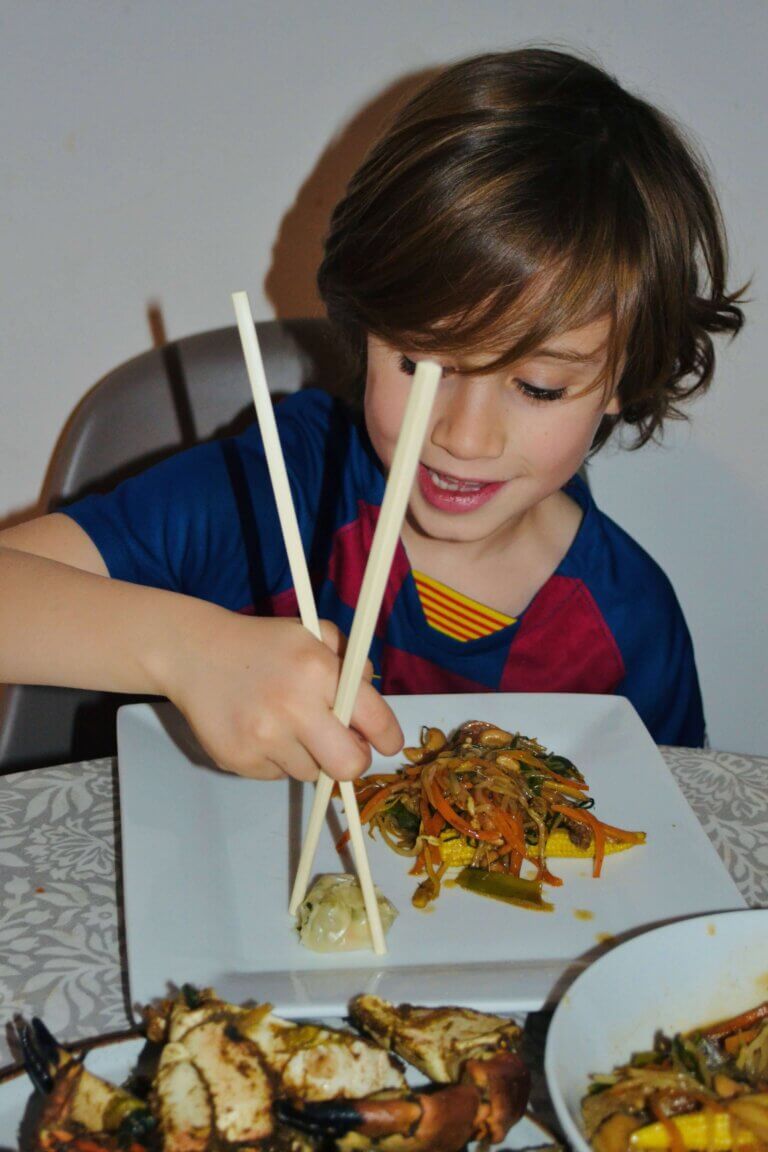 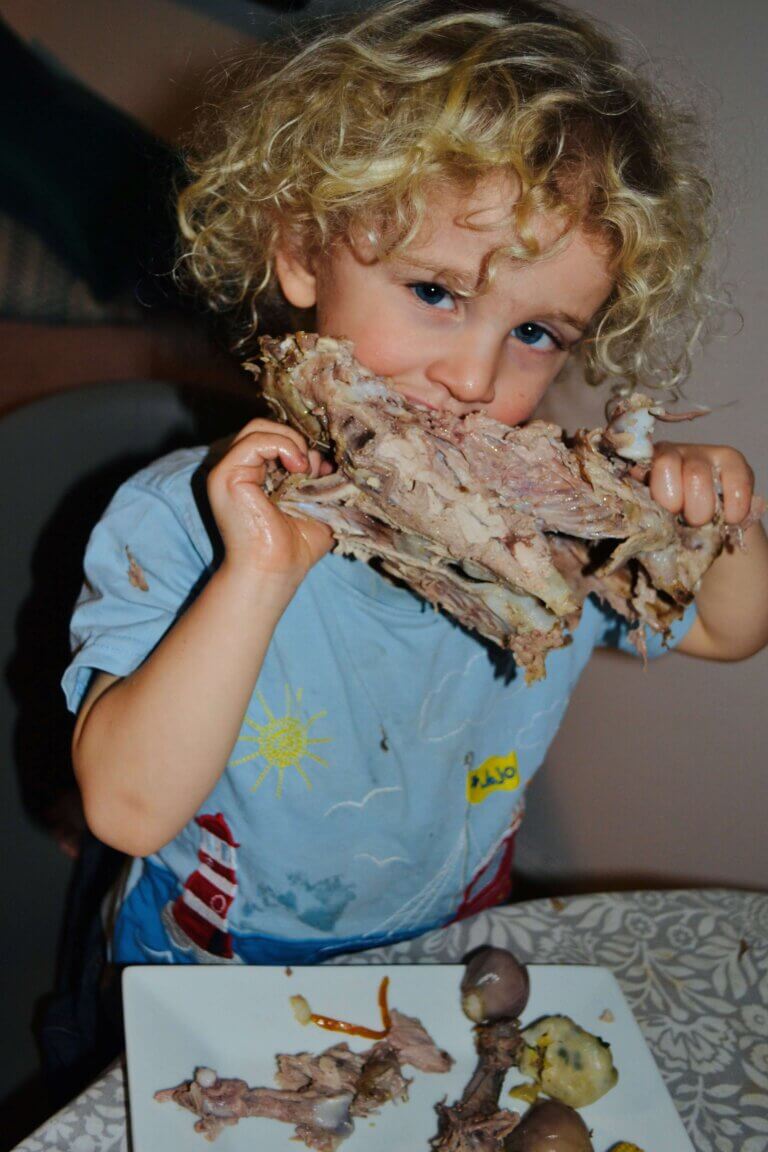 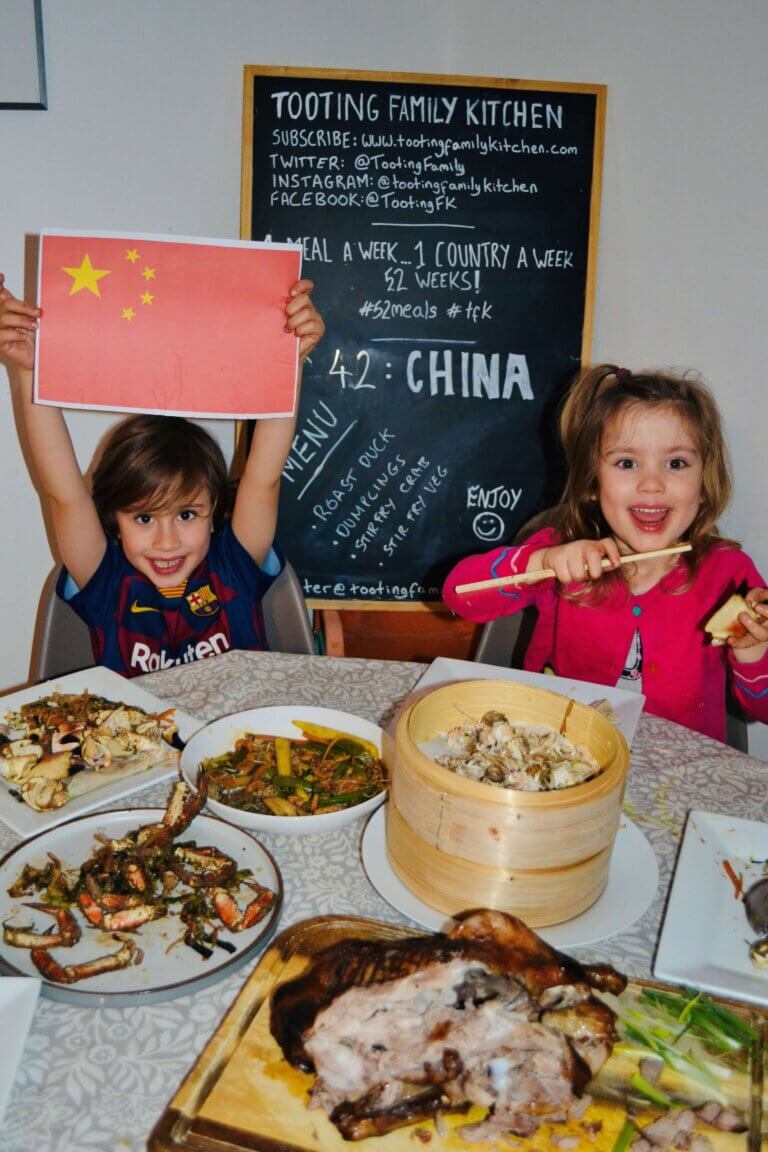 Thank you China, that was epic! Can’t wait to explore more of your cuisine.

Next week we are excited to head to Afghanistan!!! … please don’t forget to SUBSCRIBE (scroll to bottom) & SHARE and if you have any International Food ideas or recipes from around the world you wish to share please do drop us a line