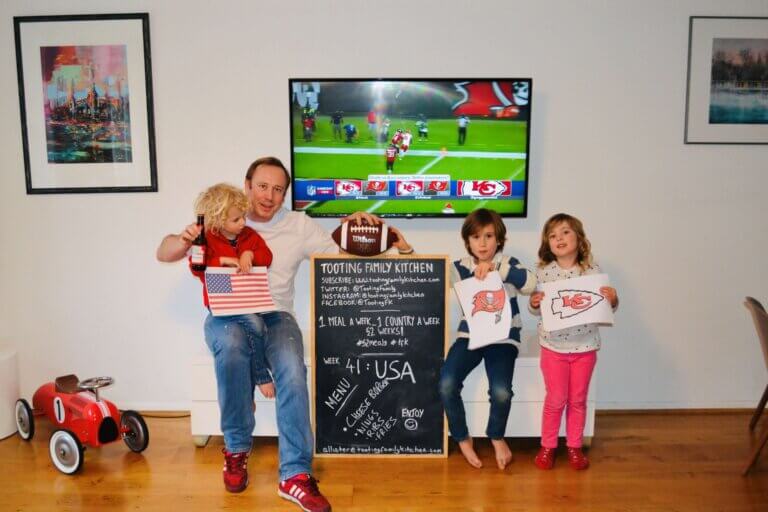 Super excited to hit the USA for Week 41 of our 52 Weeks Challenge and cook up an indulgent feast to celebrate Super Bowl 2021…Go Bucs!

In case you are not aware…America is a pretty big place with a big personality to match! The biggest economy, the biggest military superpower, the largest exporter of entertainment, the most Olympic gold medals, the most billionaires and 9 of the 10 largest companies on the planet…all part and parcel of a country that is responsible for approximately 21% of energy consumption globally. Love them or loathe them, in the words of Ron Burgundy, they are kind of a big deal!

I love America! Although It’s fair to say that due to the circumstances of my visits, it would be pretty hard to formulate a bad impression. A handful of trips to New York, a road trip around Florida, a wedding on Laguna Beach in Orange County and a few days in LA, all trips with the sole purpose of having fun. It was never going to be a tough nut to crack, so long as I had saved up quite a few bucks before the visit! The underlying adjective to describe each trip is certainly ‘indulgent’ and every time I return I feel like I need a mini break to get over the excessive nature of the eating, drinking, socialising, sports events and the general explosion to the senses you get from doing cities like New York, LA and Miami on foot, especially when it’s the first time! Like many things American, it’s not for everyone, but New York is certainly for me and second only to the greatest City in the world…London 😊 There are a million reasons why I love New York but to summarise – it has an energy like no other city I have been to and one that is strangely addictive. In the same way I dream about returning to Italy and sitting under the Tuscan sun, sipping chilled wine and eating fresh pasta, I also dream about grabbing a stacked ‘pastrami on rye’ and eating on the go, whilst making my way through the hustle and bustle towards Greenwich Village. The latter often comes out on top…perhaps this just makes me weird! Fortunately Miami is a pretty cool city too and is now home to my brother Oliver and his American wife, Jonelle and I can’t wait to get over there for some Cubano sandwiches!

Indulgent travels aside and I certainly have an affinity with the Americans, as will anyone from the military who has served alongside them in hostile environments. As soldiers you don’t make the decision on where you are sent, you go where you are told and Americans and Brits often find themselves working side by side, when we have to have each other’s backs and always have done. I have been fortunate enough to serve with the Americans on a few occasion and although I say “indulgent travels aside”, the Americans don’t go anywhere without some of their (indulgent) home comforts! Seeing a shipping container converted into ‘Pizza Hut’ being air dropped by helicopter into a war torn military base is a pretty surreal (albeit welcome) experience. Not quite as surreal as working with some Americans in a dusty, desert outpost on ‘surf n turf’ night and eating BBQ steak and lobster whilst wearing flack jackets and helmets with mortar shells incoming…an unforgettable dining experience which certainly took the edge off the imminent risk to life! I was also fortunate to escape the daily bombardments of rockets and mortars we faced in Iraq in 2006/07 to work with the Americans again, this time taking a short trip to Qatar to work with the US Navy, flying (ironically) on their ‘spy planes’. I can honestly say I have yet to see a salad bar as long as the one in their ‘cook house’…even the Ben and Jerry’s counter had you in sweat by the time you finished walking from one end to the other. But even more mind blowing than the salad and ice cream, was the way I was welcomed by the team, and even by the American ex-pats and tourists in Dohar, who would invariably pick up the tab on the restaurant bill where we were eating if they recognised we were military…despite obvious fierce resistance! Never have I been treated so well in my professional life than when I was when working the US military and I will always be grateful for that.

Ready for take off with the US Navy 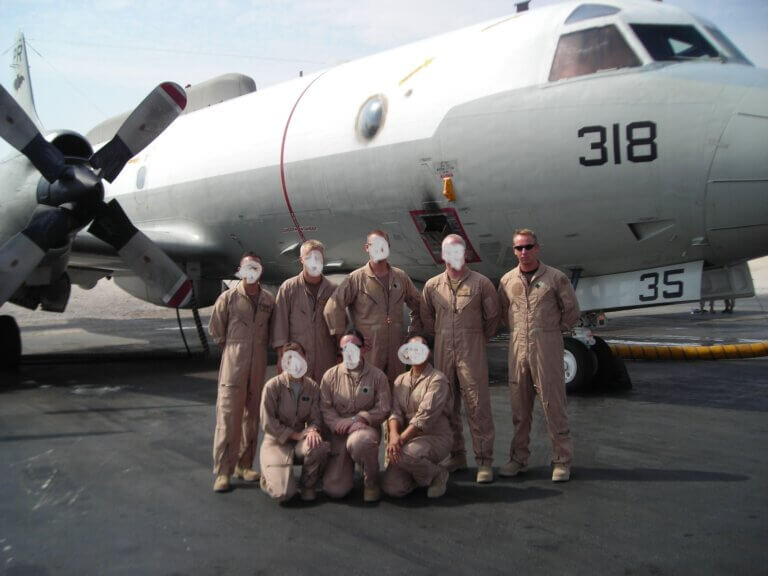 On to the sport and it’s fair to say this week has been an absolute struggle having stayed up to the early hours of Monday morning to watch my first ever Super Bowl and suffer the consequences of having to home school, work and cook (a lot), in the immediate aftermath! According to a Forbes article I read, the US comes out as the 4th cleverest nation on the planet when considering a mix of average IQ, Nobel Prizes won and school test rankings – I do feel like they should add another column to this… ‘ability to understand American Football Rules’…and maybe even ‘understanding of the American Voting System’…all of which have left me pretty baffled in recent months! The fatigue (of watching and trying to understand) was worth it  and although it was strangely different to watching the (real) football in North London, with a load of blokes wearing flat caps, having a pie at half time and hitting the boozer for some post game analysis (which invariably involves complaining about the players and the referee), it was great in a blinged-up, excessive, all-American kind of way!

Needless to say with a Super Bowl, comes a Super Bowl feast and fortunately here in Tooting (which joins neighbourhoods in New York and Seattle in being in the world’s top 10 coolest, according to Lonely Planet), we have The Southern Kitchen churning out some incredibly diverse real Southern food reminiscent of the owner’s time spent living in Virginia! Fortunately Rich is a mate and having spent a fair amount of time studying, and testing his ever changing, diverse menu for this week’s American feast, I have gone with cheeseburgers, ribs, wings and fries…..oh come on…everyone loves a cliché!!!

Getting the dry rub on 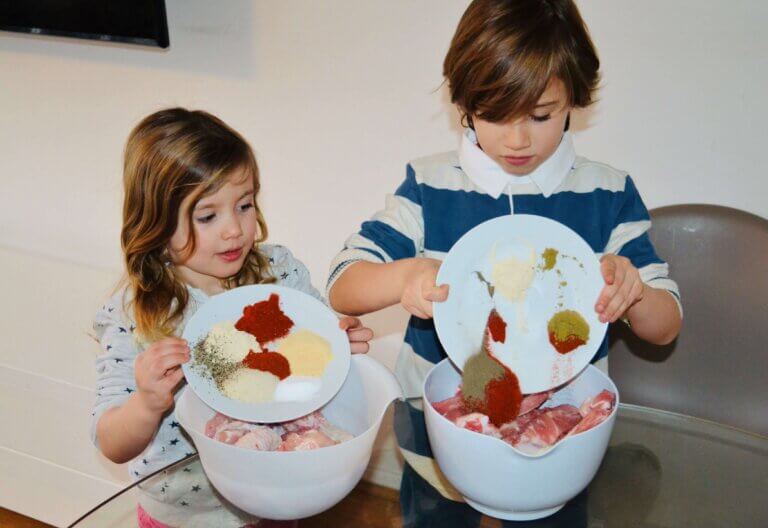 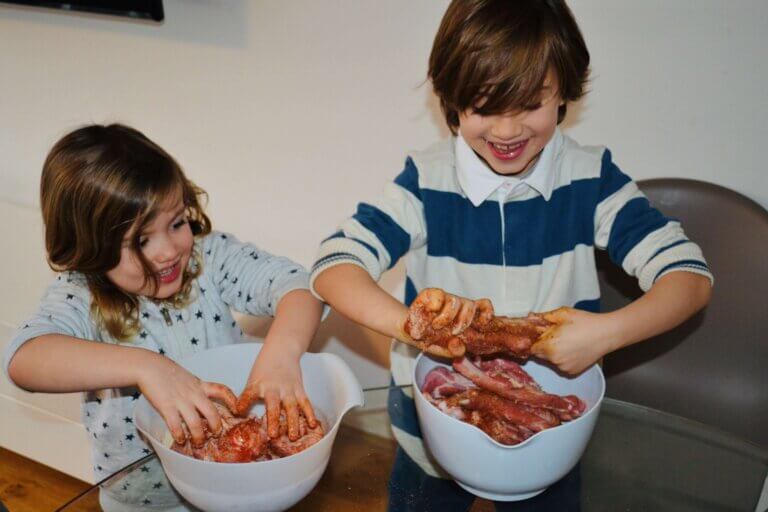 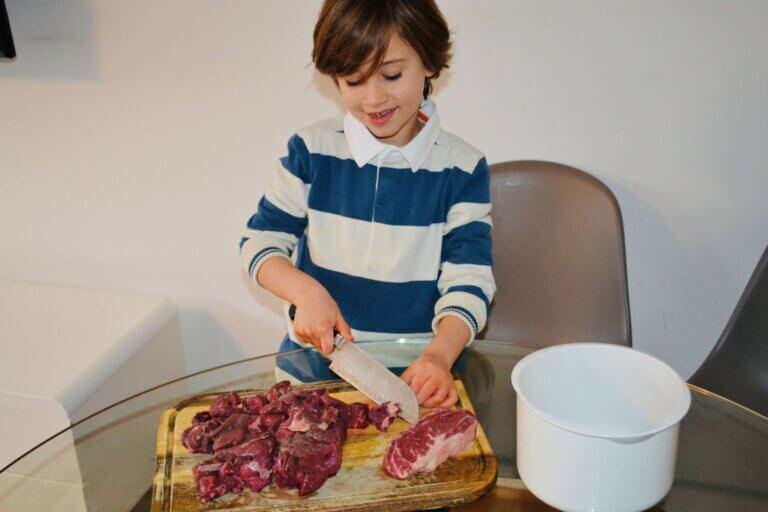 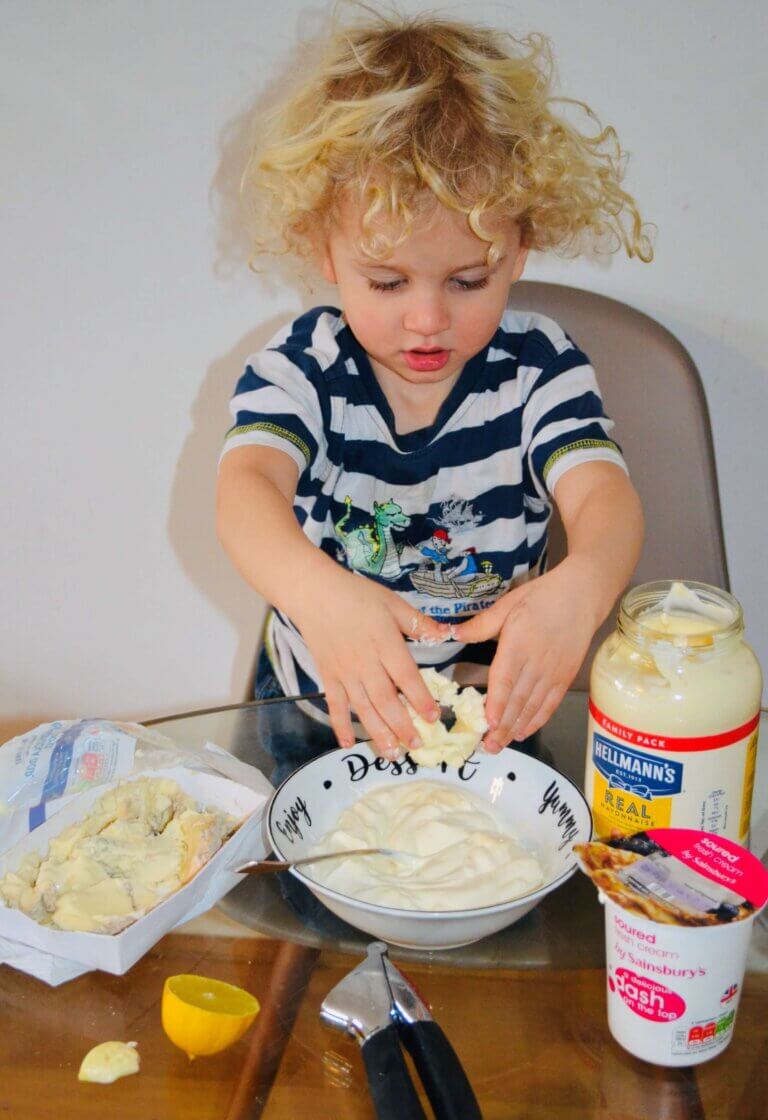 Getting the mac n cheese ready 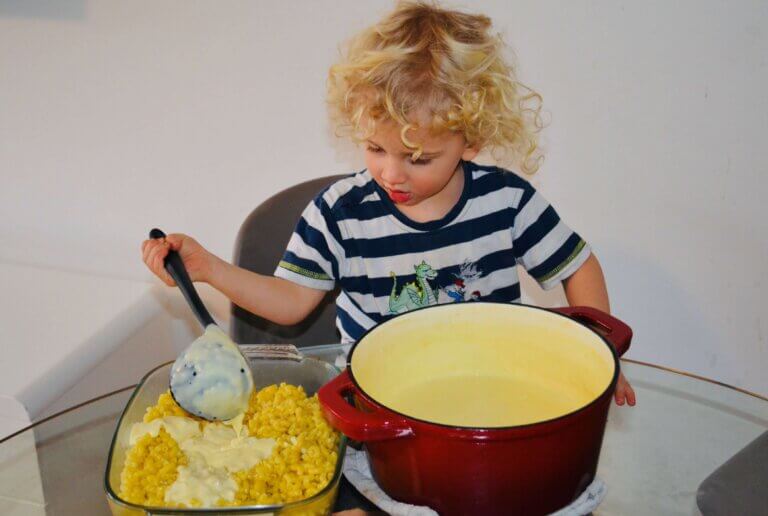 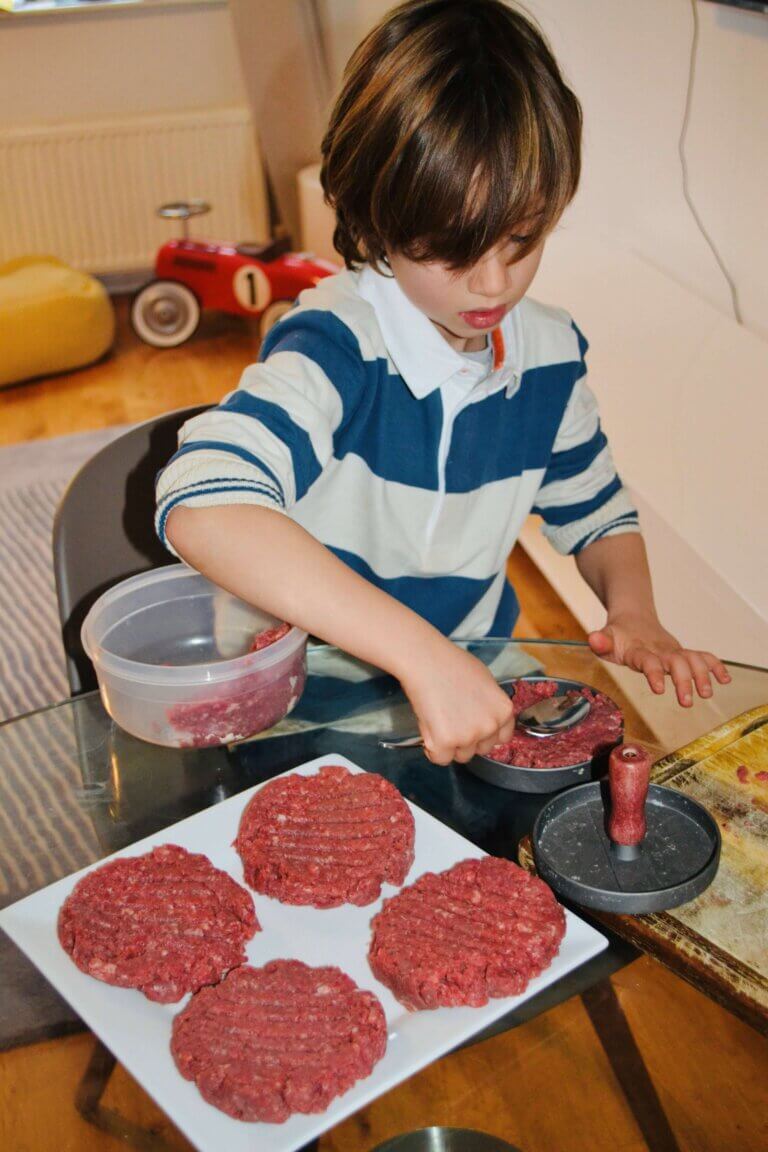 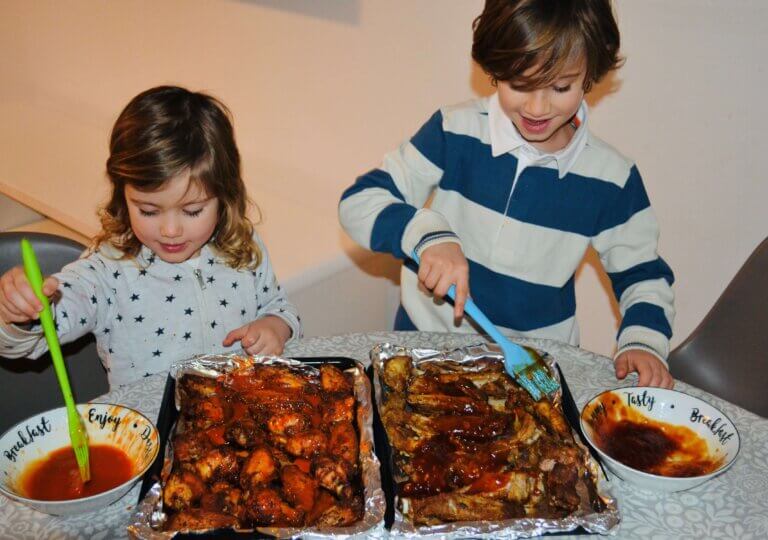 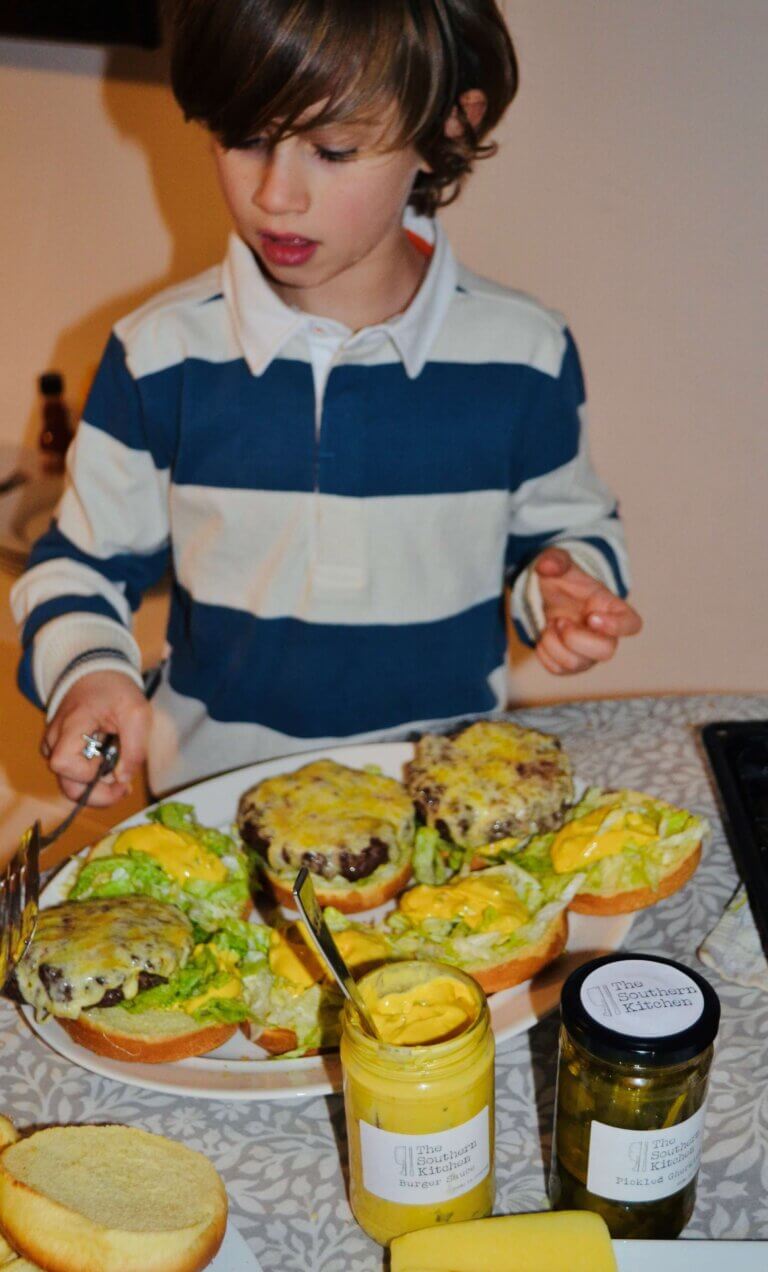 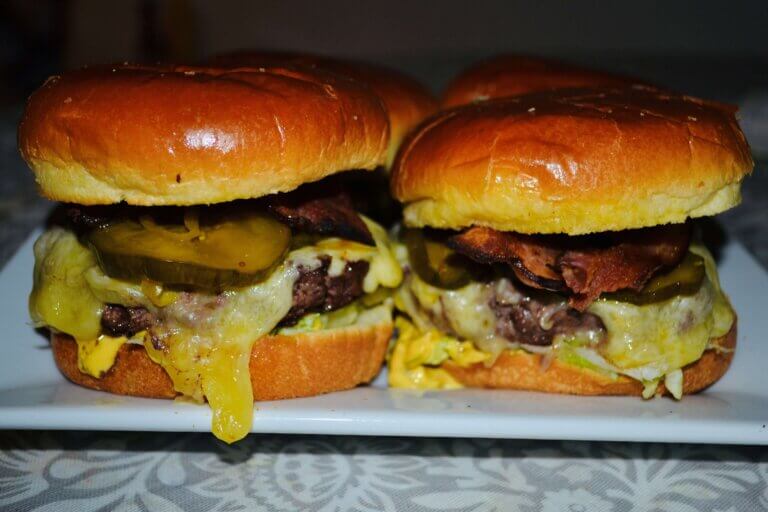 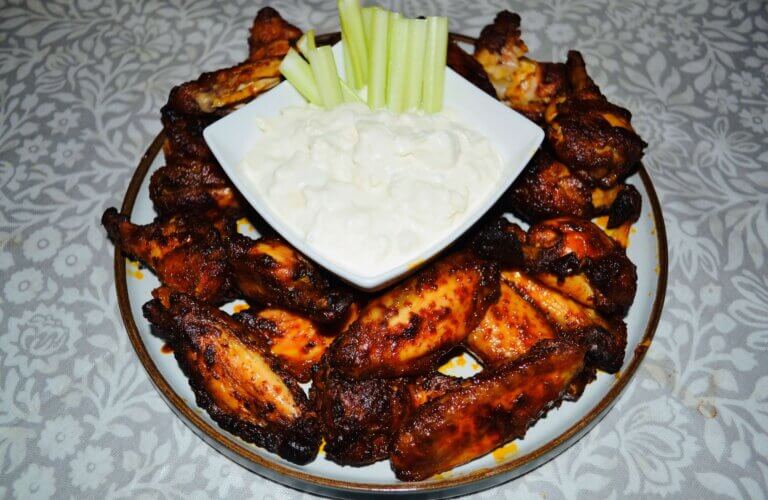 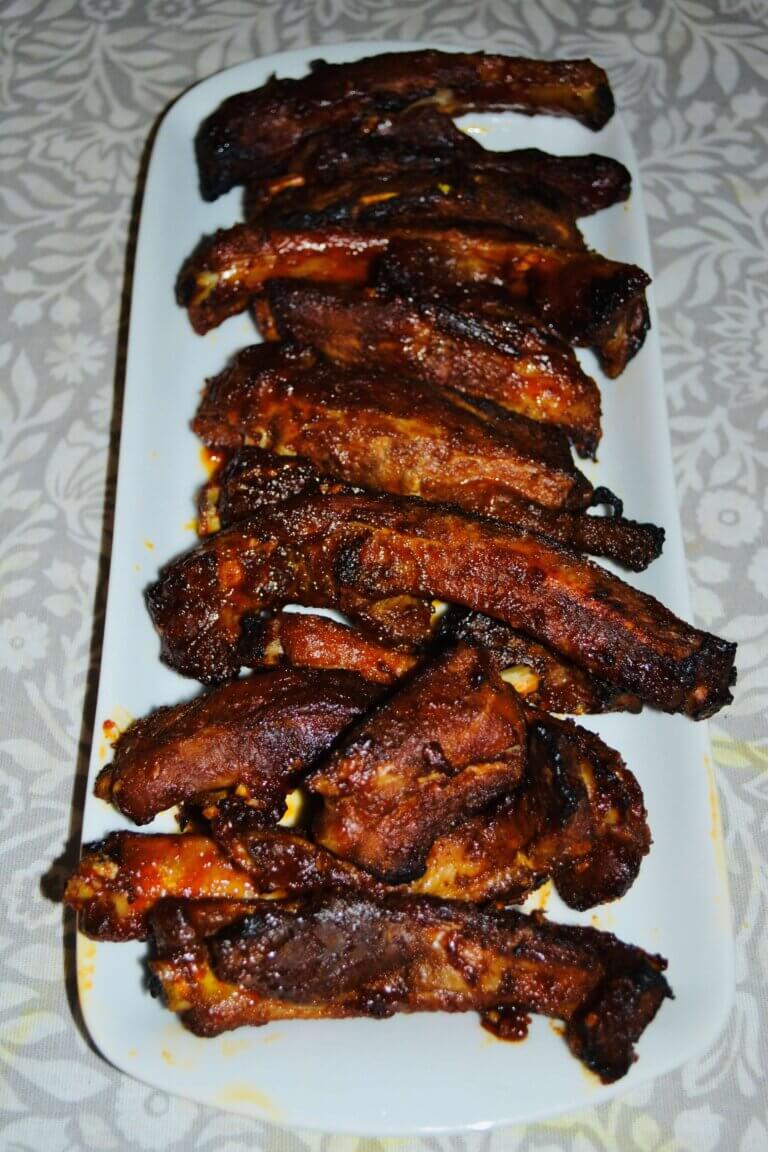 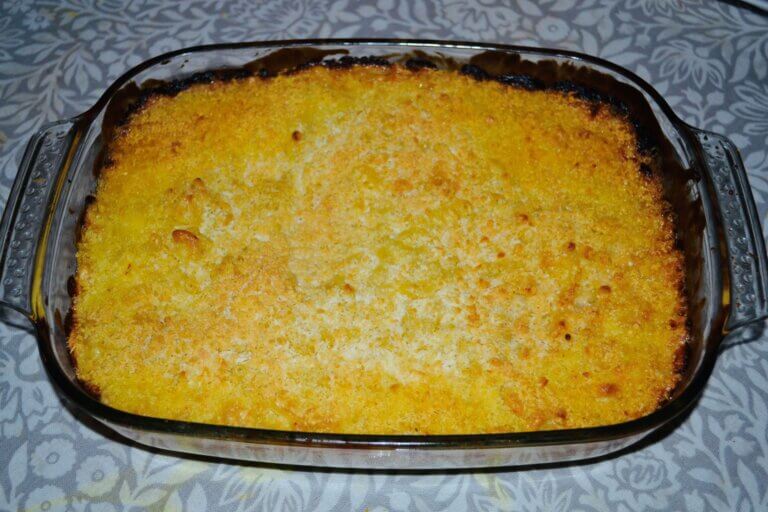 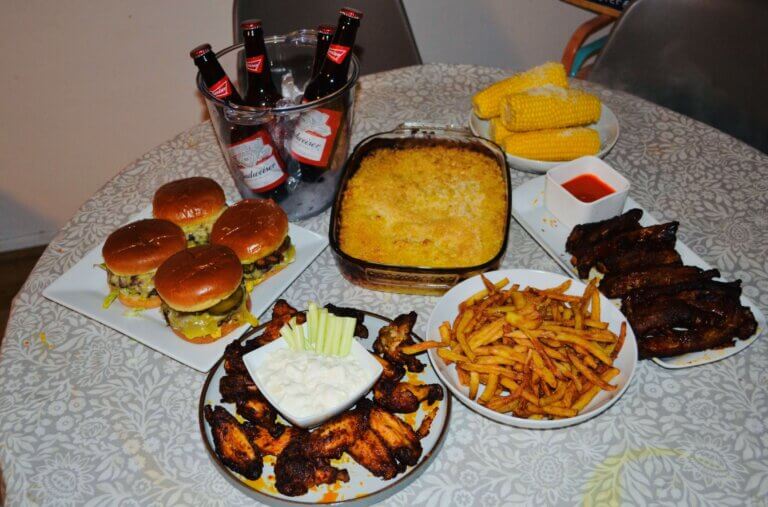 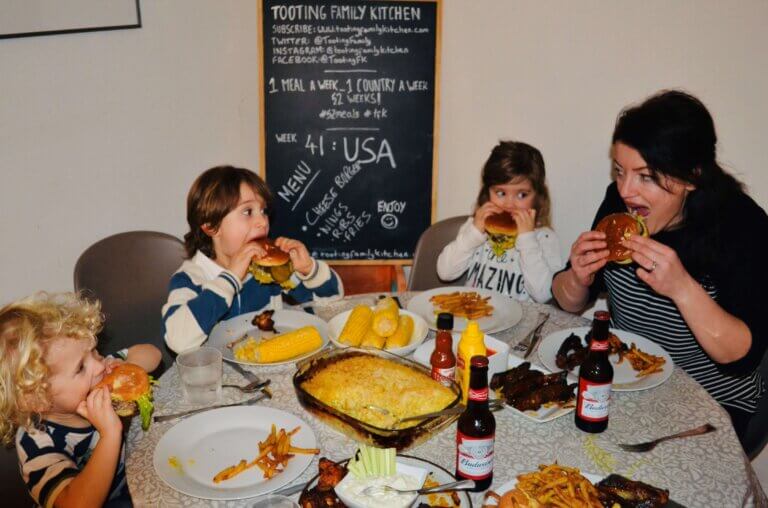 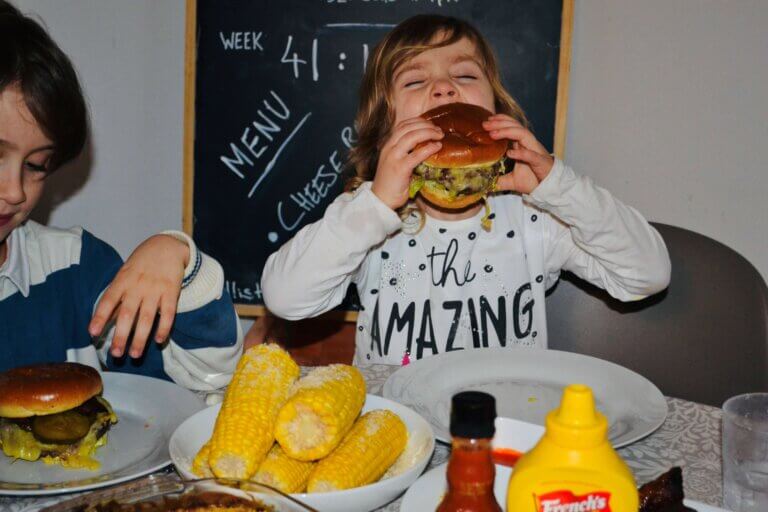 This was his 3rd 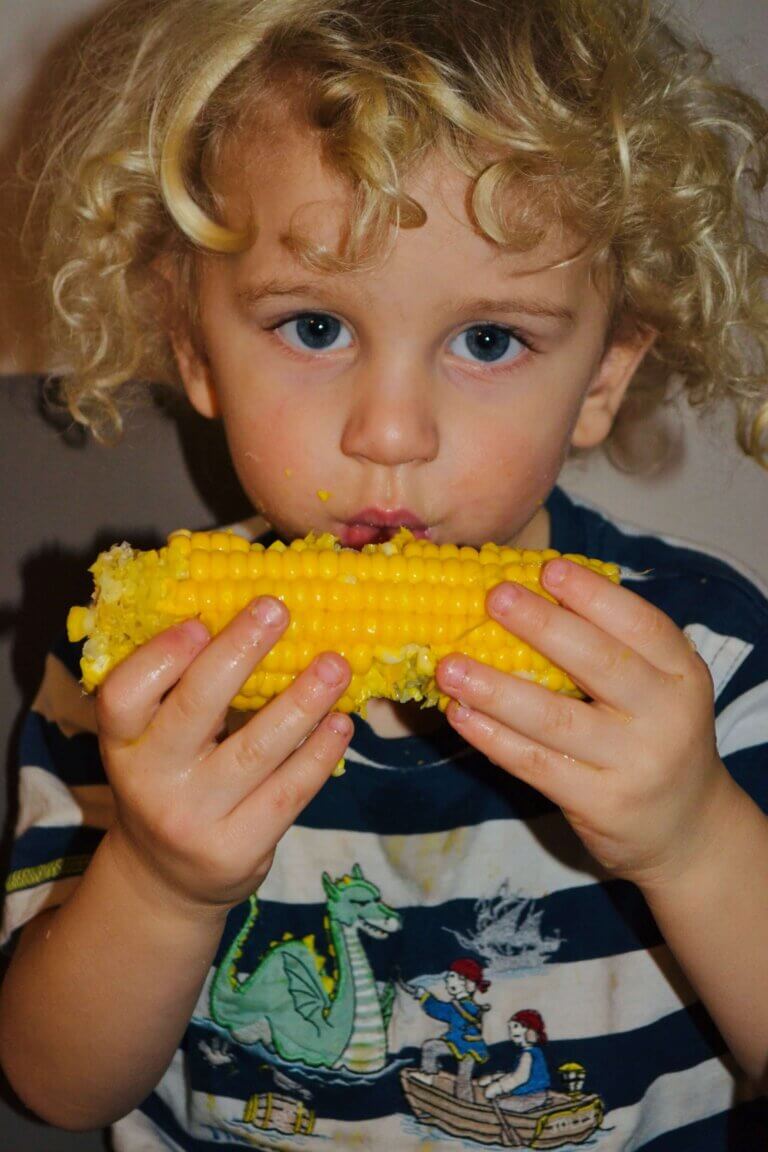 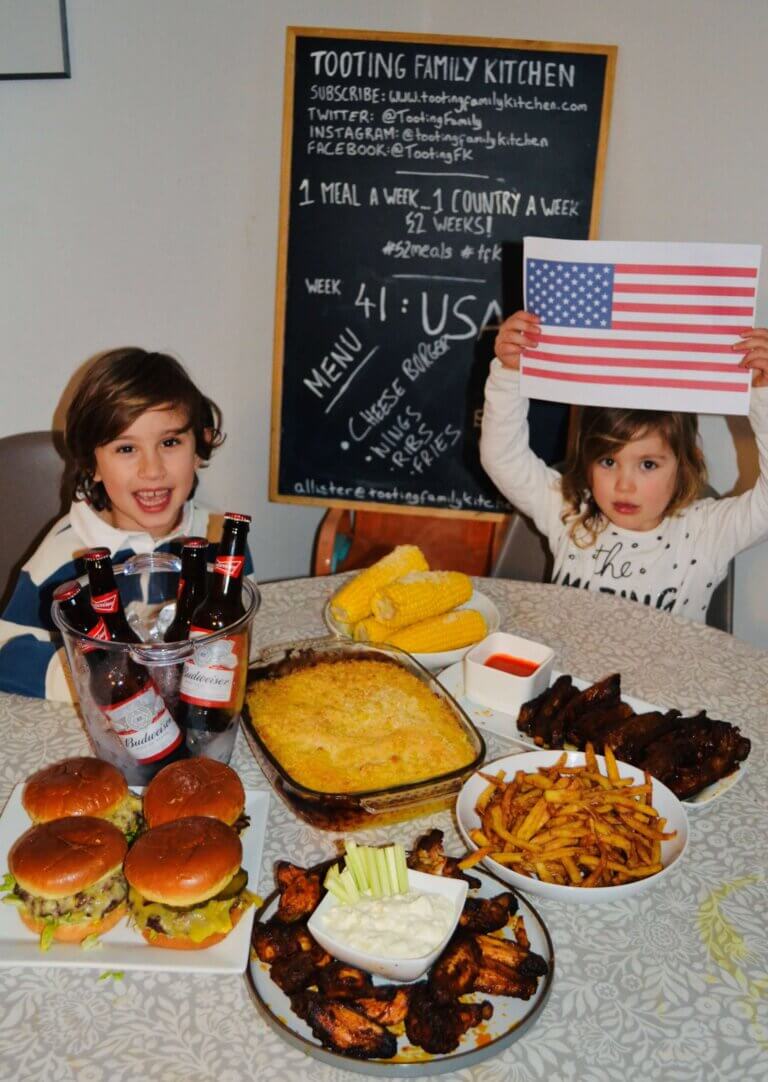 Thank you America, that was epic! Can’t wait to explore more of your cuisine.

Next week we are excited to head to China!!! … please don’t forget to SUBSCRIBE (scroll to bottom) & SHARE and if you have any International Food ideas or recipes from around the world you wish to share please do drop us a line