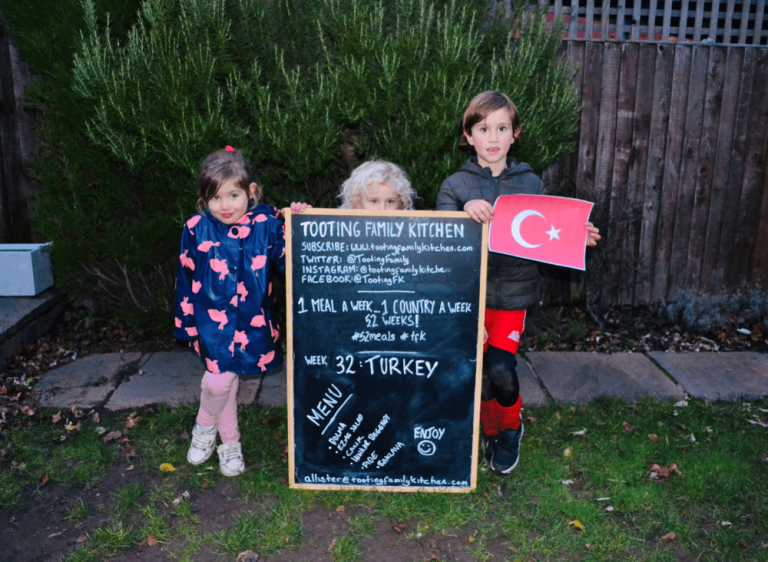 Thank you for joining Tooting Family Kitchen for Week 32 of our 52 Meals Challenge. If you are hitting our blog for the first time, welcome! We are on a culinary journey, exploring different cuisines from around the world to get kids cooking and learn about different International Cuisines and Cultures – celebrating Diversity through Food.

I have been looking forward to Turkey and certainly when I first sat down and thought about the challenge of cooking 52 Meals, Turkey was always going to be one of the big ones. Having spent four years of my life living in Germany and having a brother who has lived there for the best part of 20 years, I got pretty familiar with Turkish cuisine, Turks being the largest immigrant group in Germany. I dread to think about the number of Doner kebabs I would have eaten between 1999 and 2003…but if anyone reading this has an aversion to the kebabs you might eat on a Friday night in town after 10 pints of Stella…trust me, if anything is going to change your mind about these wonderful Turkish creations, it will be the varieties served up in Germany, or of course Turkey, where they are taken to another level!

I have also felt a fair amount of pressure in cooking Turkish food. I am delighted and hugely appreciative to have a fair few Turkish readers and visitors to the blog and I am often reminded of the Turkish influence/ownership or indeed sole rights, to some of the foods I have cooked. There is an argument that Iranian style kebabs, Albanian style Qofte, Uzbek style Manti, Lebanese style Kibbeh and Greek style lamb, among other dishes, all have a foot hold in Turkish culture and all can be up for (friendly) debate. Food is clearly a huge part of preserving culture and over the centuries food, culture and history has become so interwoven, and let’s face it..the Ottomans Empire was not shy about making a land grab or two. But equally, food connects us and brings people together and I feel lucky to live in such a diverse place with so many cuisines and cultures on my door step. On the subject of debate, it is argued (although not by many…or perhaps any) that Tooting market was the inspiration behind Istanbul’s Grand Bazar…you heard it here first!

Tis the season to be jolly and on the subject of cooking, ‘Turkey’ has made it quite a confusing week in our house having to distinguish between the country and our plump feathered friends! “Why are we cooking Turkey now Daddy?”, “Why is Turkey named after a bird Daddy?”, “Are Turkey’s Turkish Daddy?” If there was anything to overshadow the confusion (and this is not a spurious claim regarding Tooting Market), it was the discovery that Santa Clause is not actually from the North Pole but is indeed from Turkey! Saint Nicholas was born in modern day Demre on the Turkish Mediterranean Coast…”Daddy, do we have Turkey because Santa Clause is from Turkey?”.

Turkey’s influence on the world is unquestionable and empires aside, its positioning, quite literally in the centre of the world, along with its cuisine, culture, scenery and nature make it the sixth most visited tourist destination on the planet. In addition, from their main airport, Istanbul Atatürk, it is possible to fly to over 250 destinations. A clearly innovative and creative nation there is a claim to be thankful to Turkey for early vaccines, the flushing toilet, money and air travel, but all pale into insignificance when stacked against the jelly bean…inspired by the 18th century invention of the Turkish Delight.

For me though, aside from kebabs of course, there are two more things that really resonate about Turkey. The first is Tea…most Turks drink between 5 & 10 cups of this beautiful beverage a day making them the largest consumers per-capita in the world! An incredible 96% of the population are said to drink it on a daily basis. The second is their national sport of oil wrestling. This centuries old traditional male sport involves wearing a type of handmade leather trousers called Kisbet, dousing yourself in olive oil and wrestling, with the aim of achieving an effective hold of your opponent’s Kisbet! Kebab, cup of tea and a spot of oil wrestling…this is what Friday nights are made for!

We hope we have done Turkish food justice with this weeks feast! 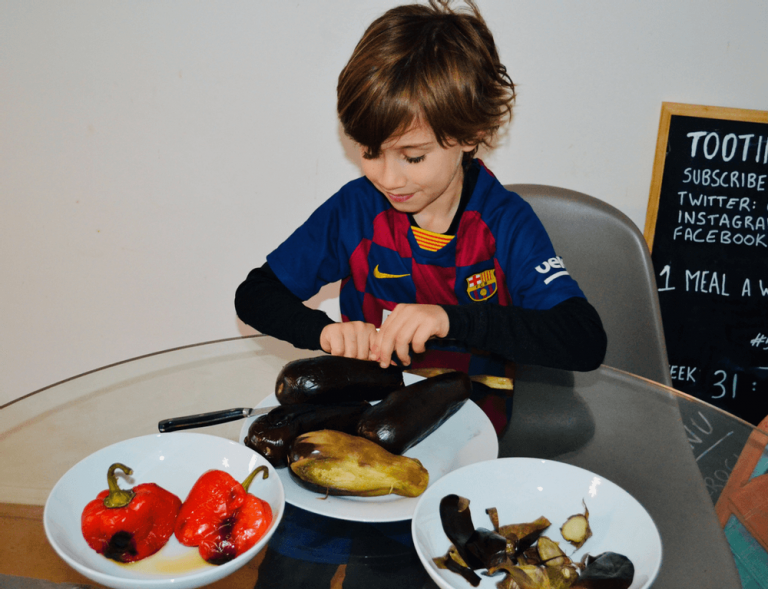 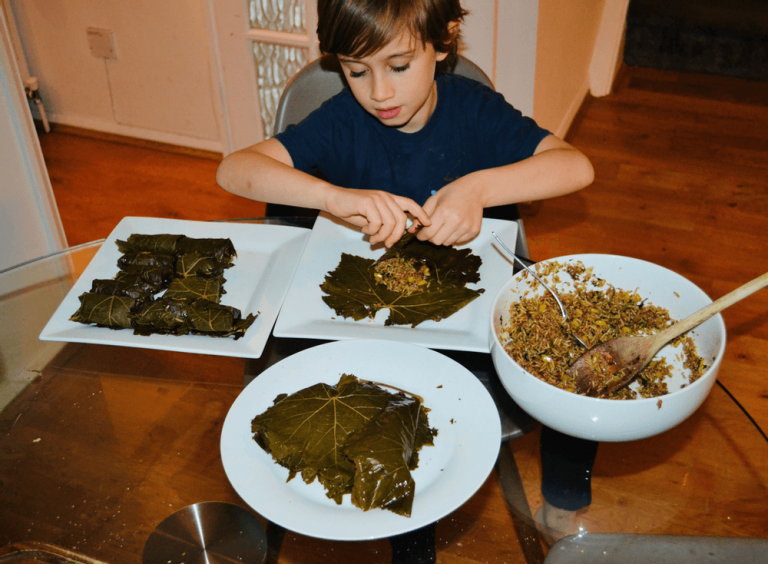 Getting the Pide ready 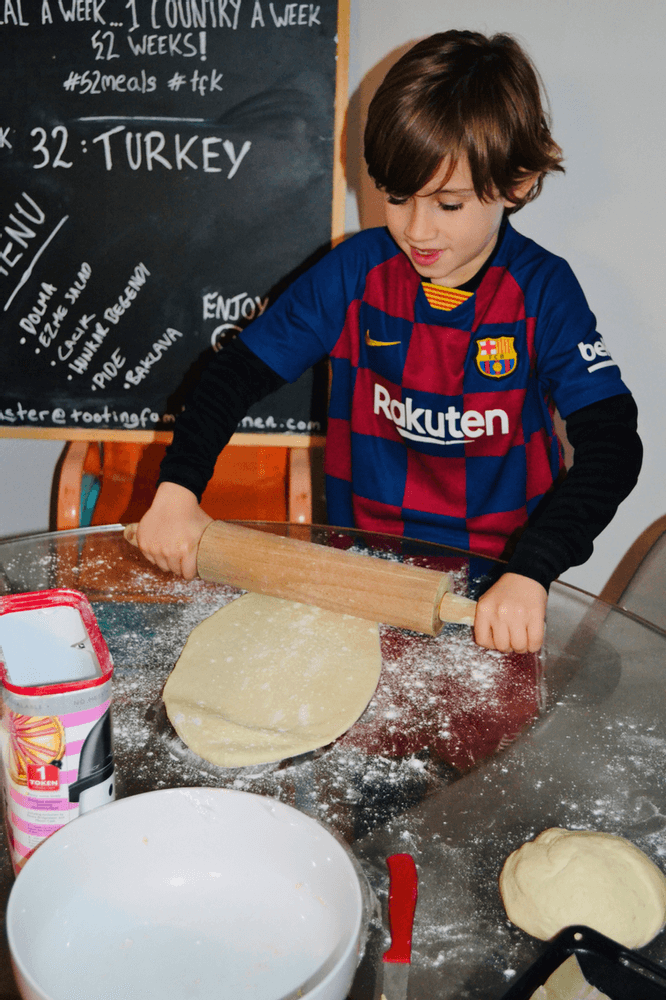 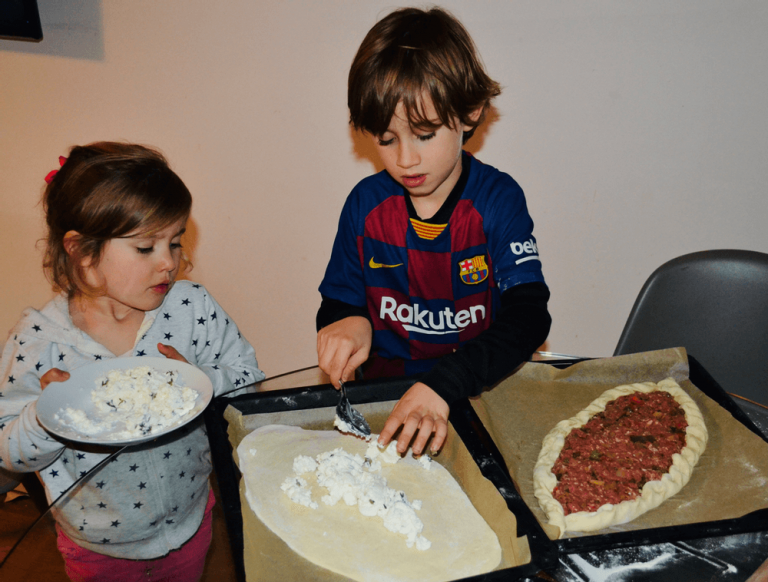 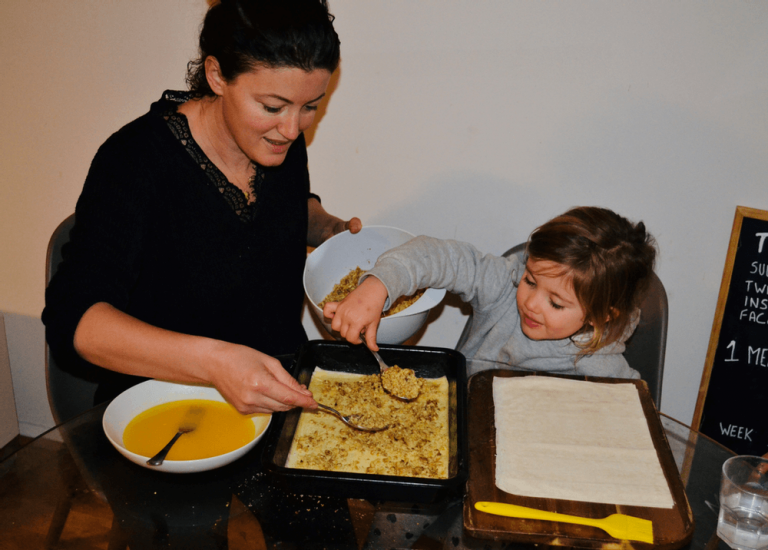 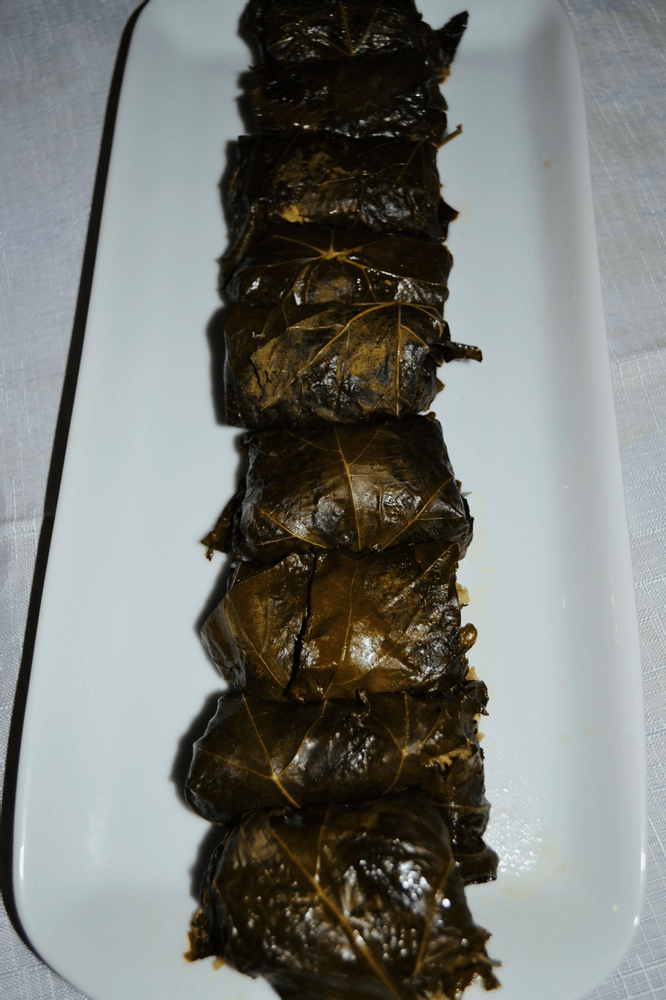 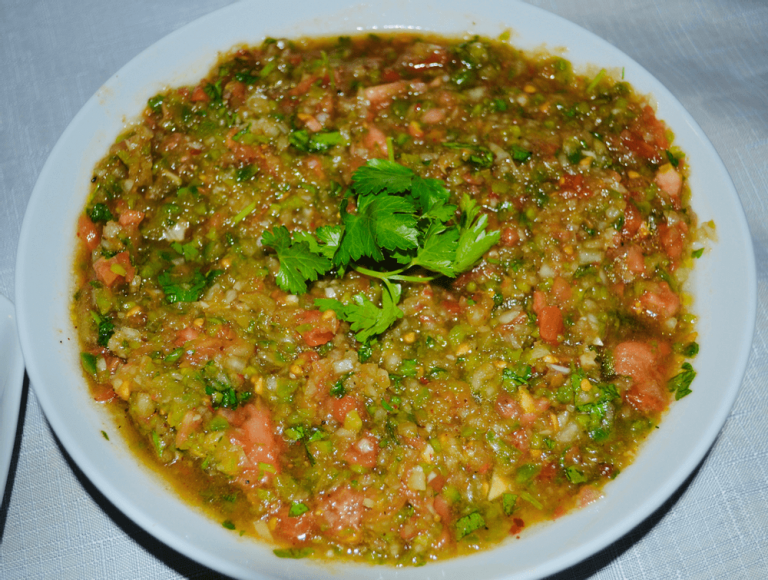 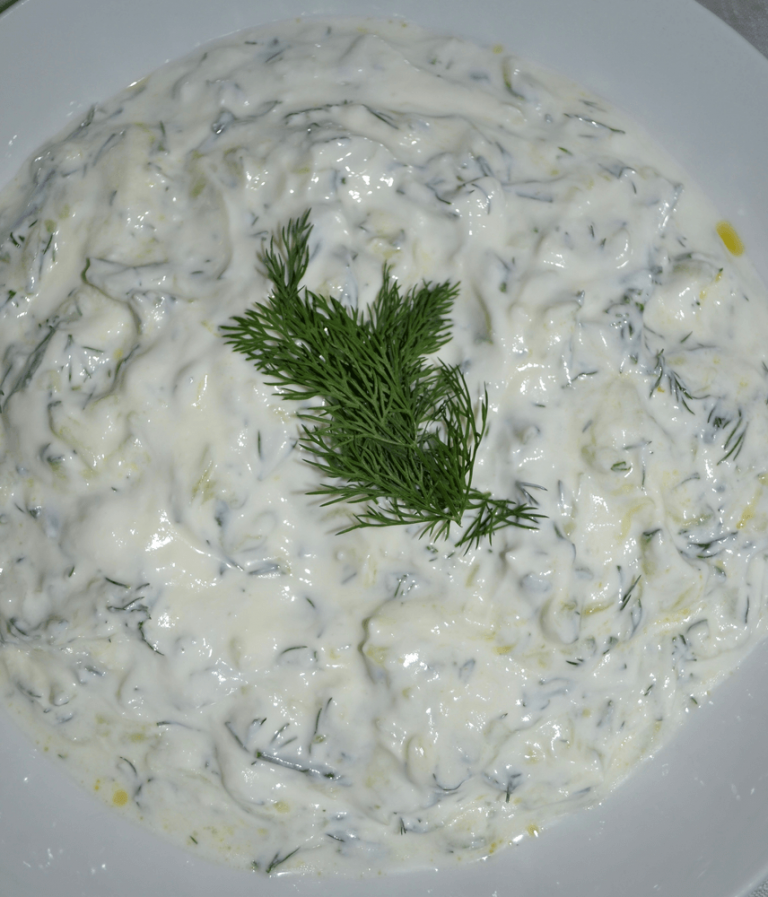 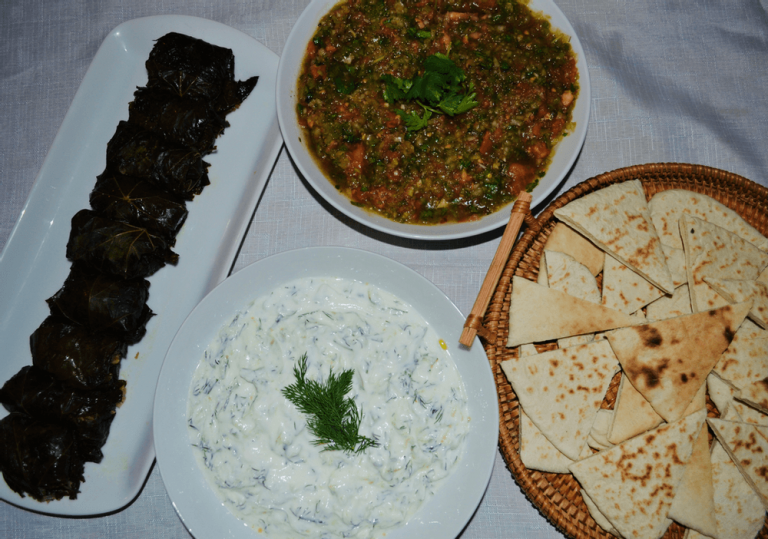 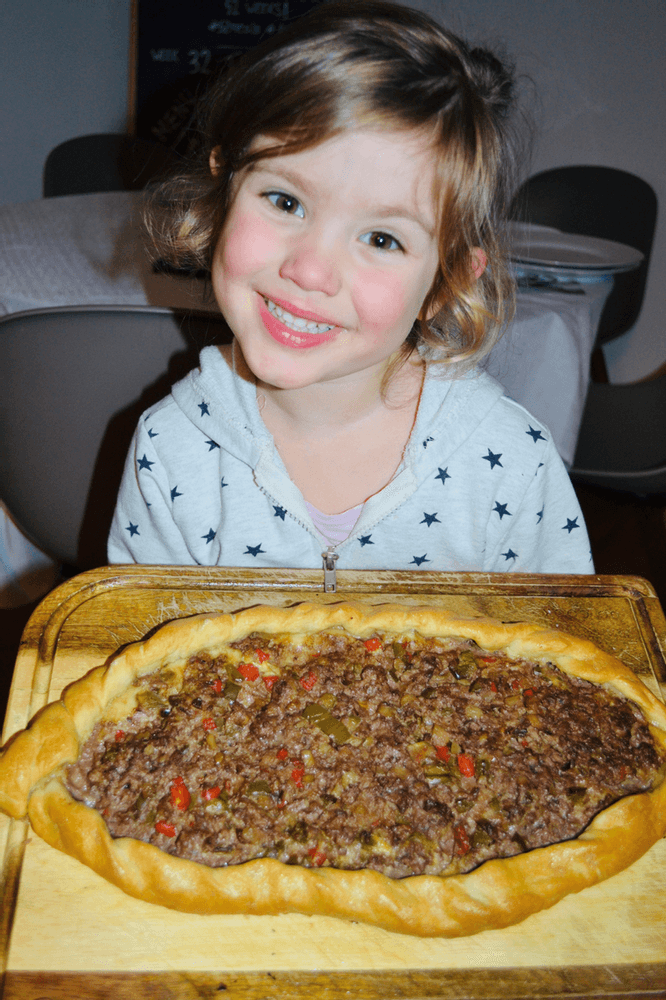 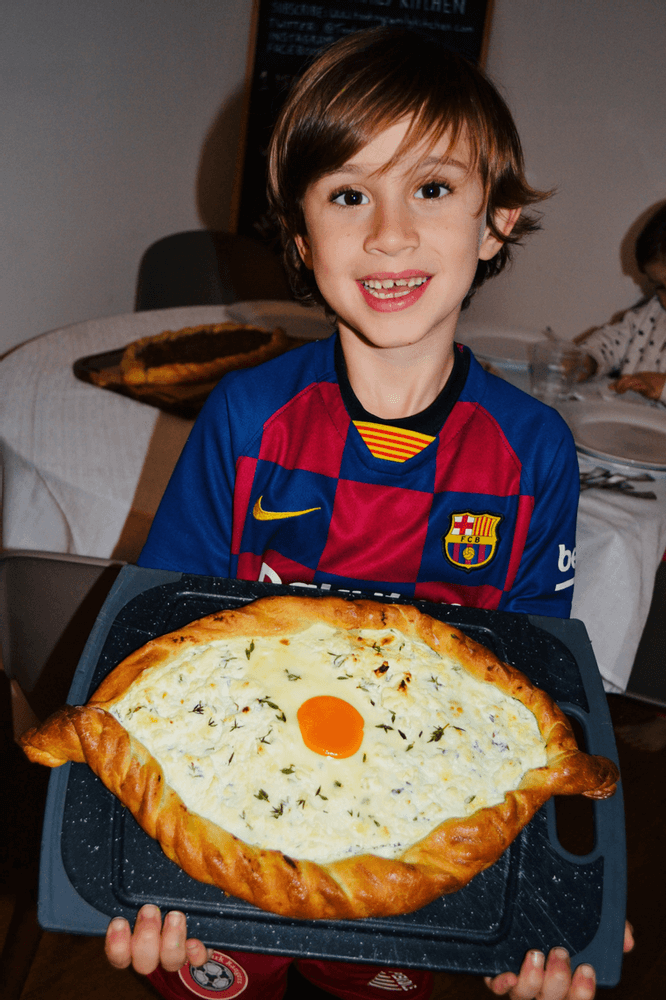 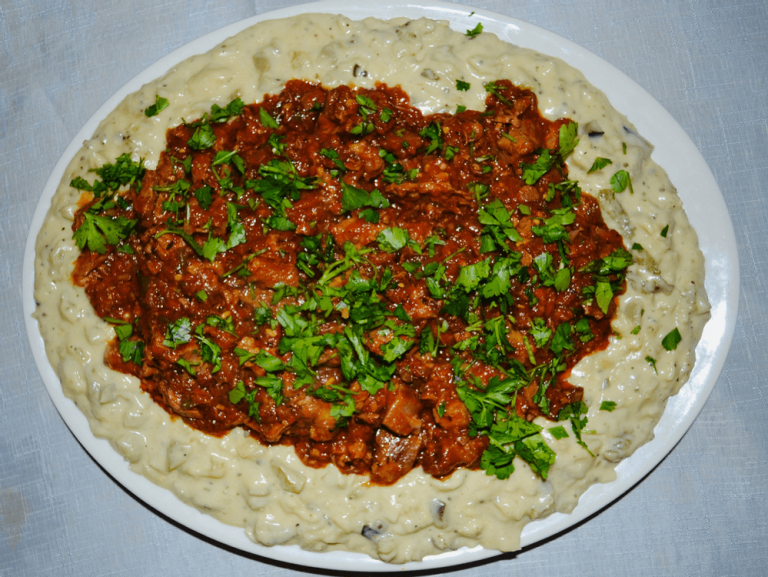 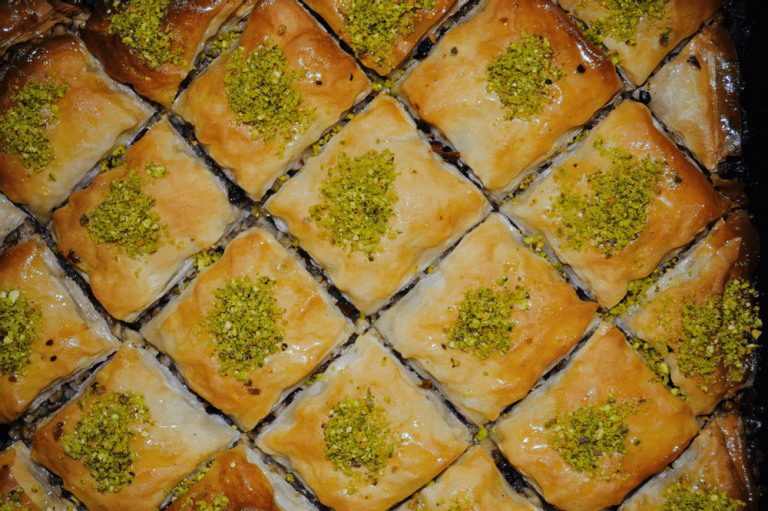 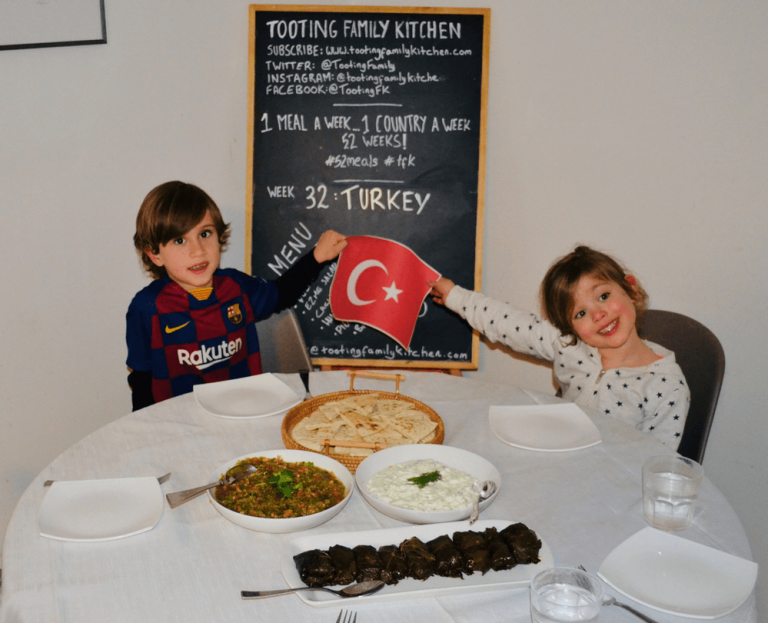 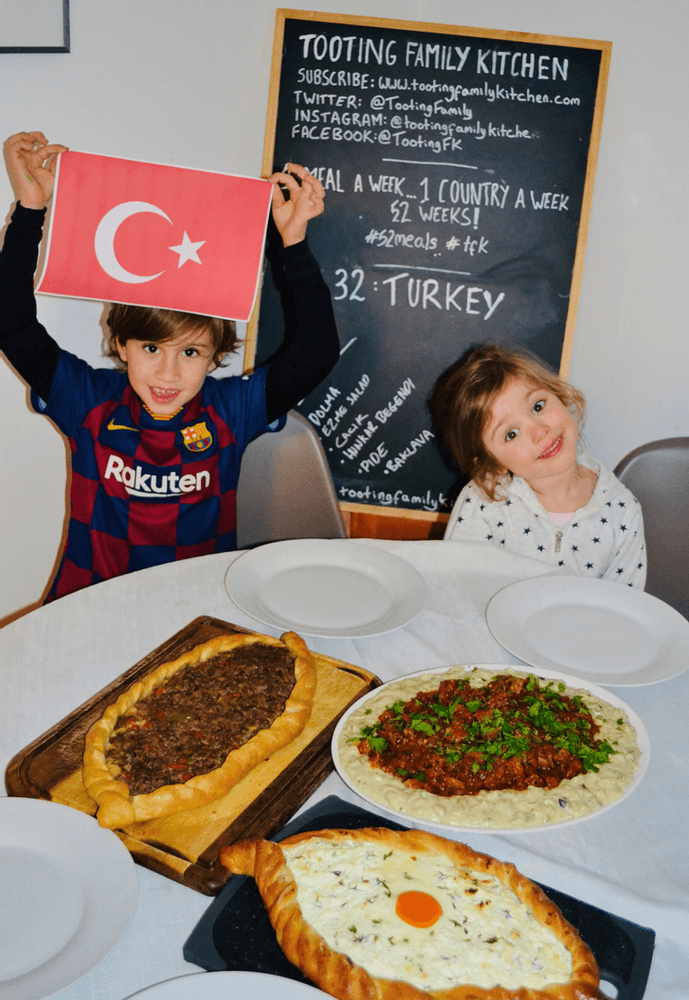 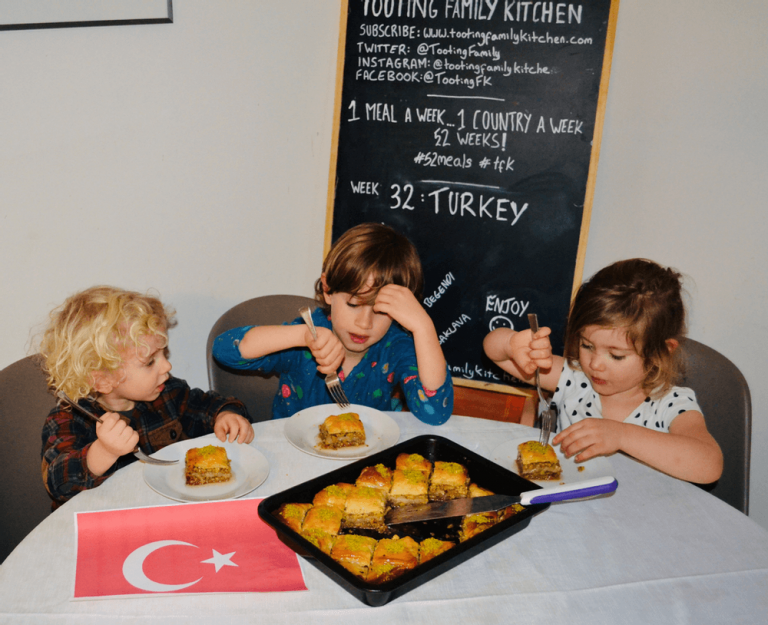 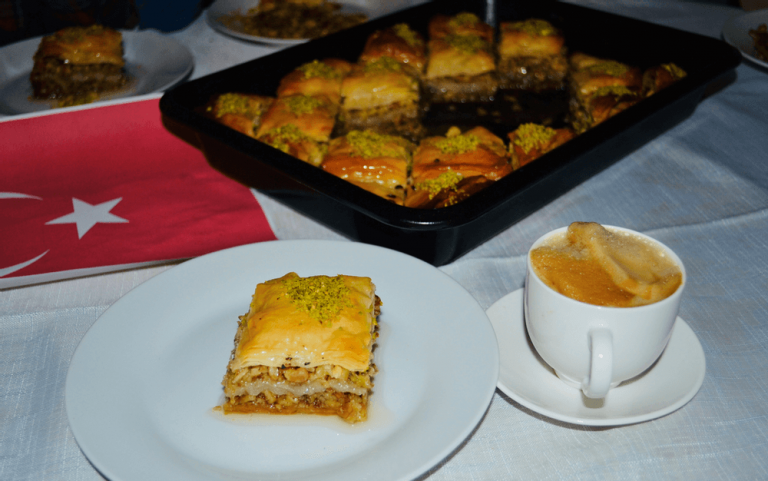 Thank you Turkey, that was epic! Can’t wait to explore more of your cuisine.