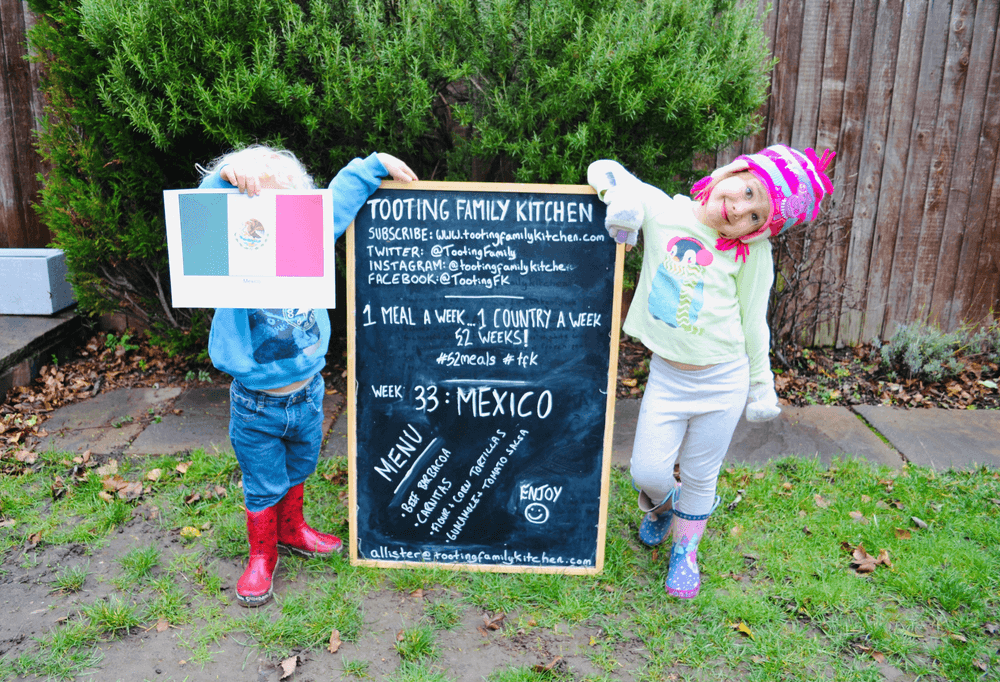 Thank you for joining Tooting Family Kitchen for Week 33 of our 52 Meals Challenge. If you are hitting our blog for the first time, welcome! We are on a culinary journey, exploring different cuisines from around the world to get kids cooking and learn about different International Cuisines and Cultures – celebrating Diversity through Food.

Delighted to hit Mexico for the the final meal before we hit the busy culinary Christmas period! It’s a joy to return to the Americas which has been a real highlight of this project, and follow up on the delicious Tooting Family Kitchen Feasts from Chile, Argentina, Brazil and Venezuela!

Mexico is a huge country, currently the 13th largest in the world, however, if we went back a couple of centuries it would have been bigger still, with a territory spanning what is now Guatemala, Nicaragua, Belize, El Salvador, Honduras and parts of the US including Texas, Arizona and New Mexico. If its borders remained the same today it would have been the 5th largest country in the world – bigger than the whole of Europe! It is a country of real extremes featuring deserts, mountain ranges, volcanoes, rainforests, tropical beaches and crystal clear waters, scattered with nearly 1,400 Islands. Mexico’s economy is also the 11th largest in the world and it is widely expected to be in the top 5 by 2050! Approx. 800,000 US citizens live in Mexico and some recent trends have shown more Mexican’s and their US born children leaving the US for Mexico, than Mexican’s migrating to the United States…which can be pretty ironic!

Being a proud Englishman I am used to a good stereotype! If I am not sipping on a cup of tea (with a saucer) with my little finger sticking out, chomping on a cucumber sandwich, chatting about the weather and saying things like “jolly spiffing to see you old chap”, I am downing 10 pints in an old school London boozer singing about football before having a scrap! This is of course ridiculous…who eats cucumber sandwiches?! Mexican’s are of course no stranger to a stereotype either, but fortunately I have a good Mexican mate in Jorge, and am able to dispel a few myths. Jorge does not have an overgrown handlebar moustache, nor does he wear a sombrero and/or drink tequila during the day…I am little disappointed to say! There seems to be fascination with all things Mexican in the UK and it’s probably fair to say that much of the view either emanates from US political rhetoric or Hollywood and our fascination with drug cartels (or perhaps a combination of both). Can you name the current Mexican President? Do you know who El Chapo is? I was guilty of only knowing the latter… and despite all those gun fights we are so familiar with seeing on out TV screens, there is only one gun store in the entire country and 90% of fire arms are smuggled in from the US.

If there is one word to describe Mexico it is busy! It has the busiest and most frequently crossed border crossing in the world with approximately 350 million people travelling back and forth each year. It has the most airports on the planet with approx. 1,700. Mexico City is the most populous metropolitan area in the Western Hemisphere and is also reported as being the most traffic congested city in the world, in addition to being home to the world’s largest fleet of taxis! According to the OECD, Mexico is the hardest working country in the world when assessed by average hours worked per worker and despite all of this rushing around and working, they found time to get in the record books for the most people kissing at the same time, with an incredible 40,000 people puckering up in Mexico City on Valentine’s Day in 2009…wonderful stuff!

The stereotypes mentioned earlier can easily transcend their cuisine and what people often consider to be Mexican food is often Tex Mex, prime-examples being chilli con carne, fajitas, most burritos, nachos (and the use of cheese generally) and often the use of wheat flour instead of maize flour. Of course all these things can be delicious in their own right, but when I think about Mexican food I think about punchy, zesty, colourful and fresh ingredients including avocado, chillies, limes, coriander, maize and tomatoes. Beef, although we have used it today in our Barbacoa, is a more recent addition and traditionally lamb and goat were much more frequently used being easier to come by. Mexican food is iconic and is one of only 3 cuisines in the world considered to be Intangible Cultural Heritage by UNESCO (France has been rejected twice!) and so to live up to another English stereotype (sarcasm)…absolutely no pressure on Tooting Family Kitchen today, none at all! 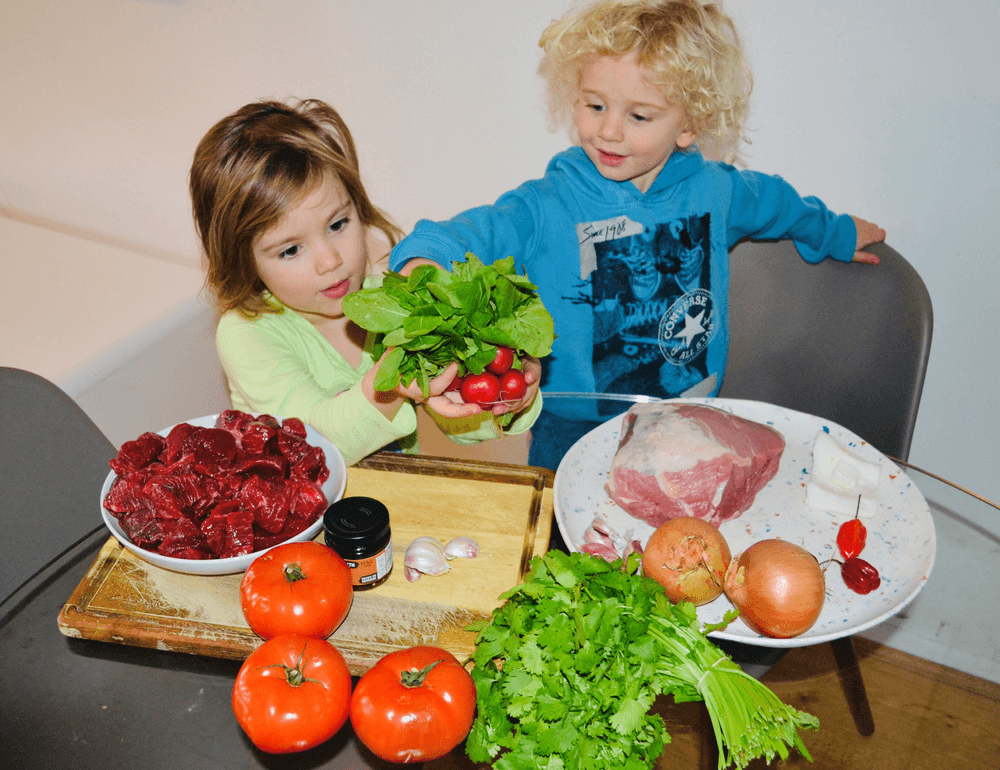 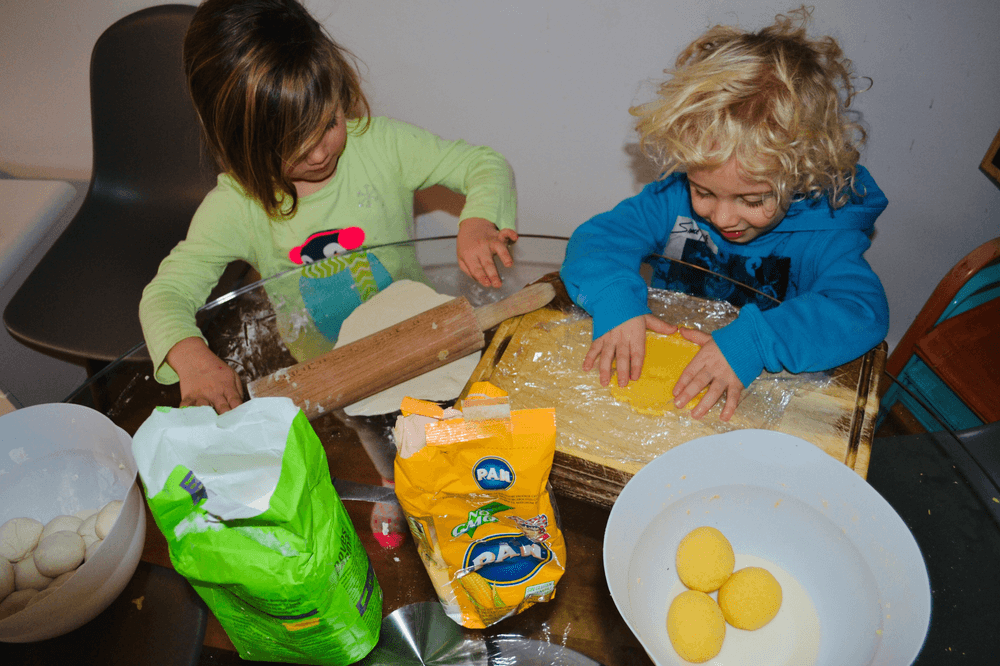 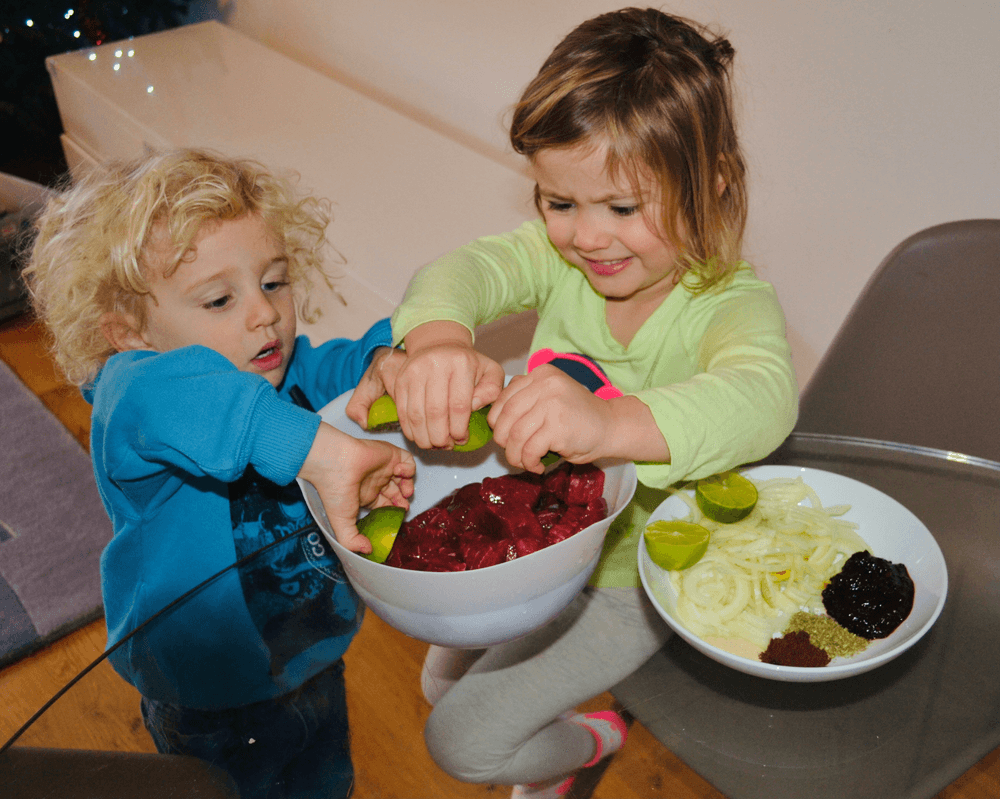 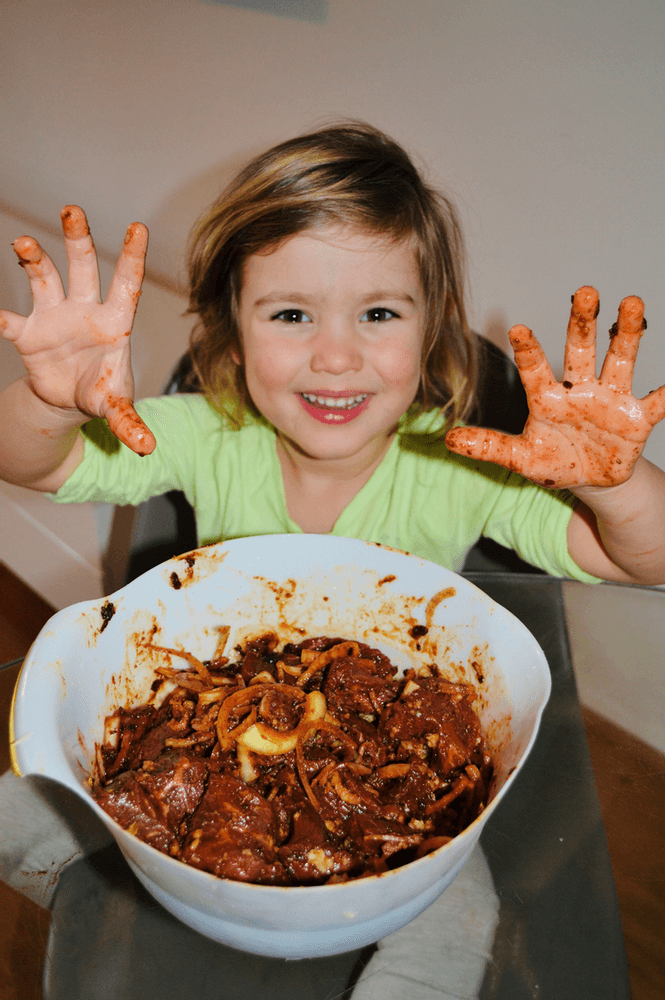 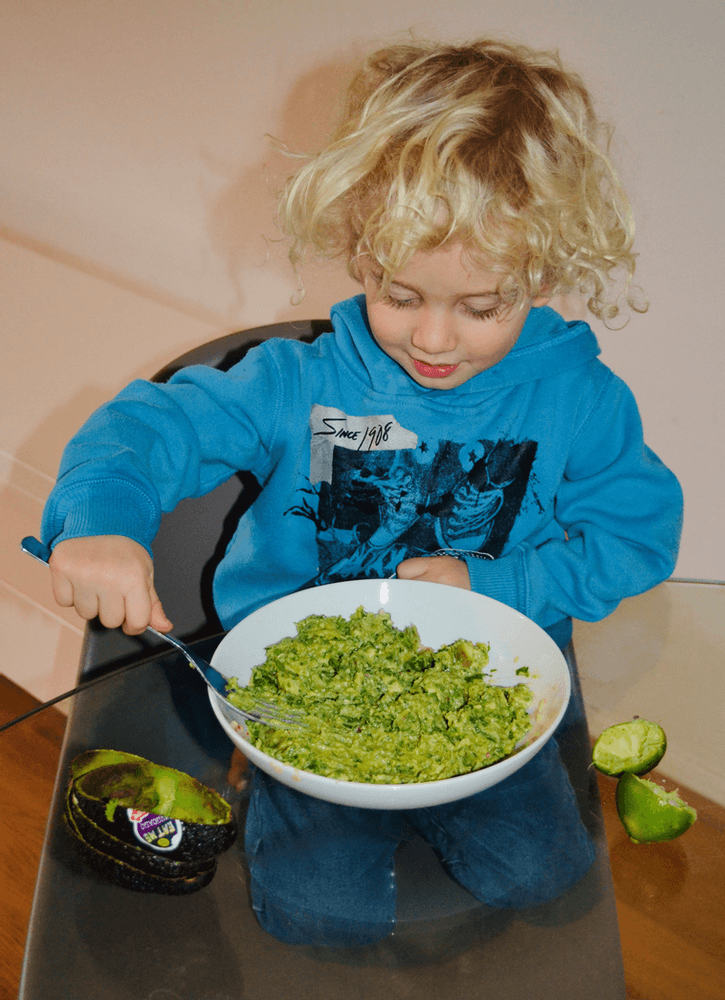 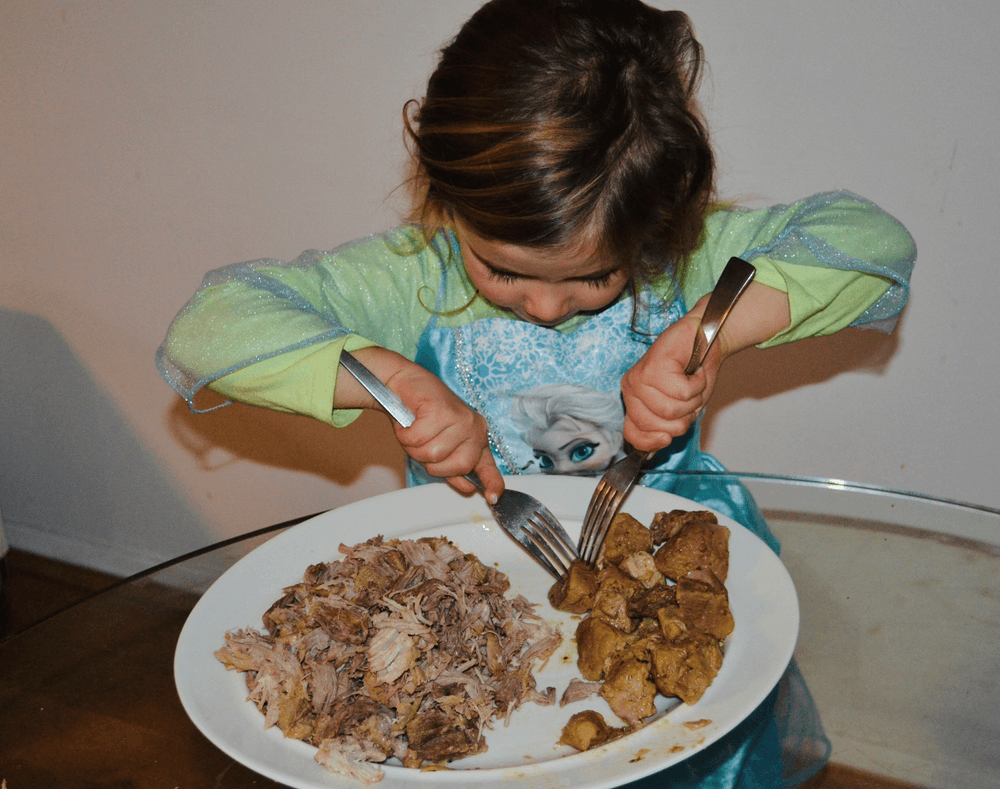 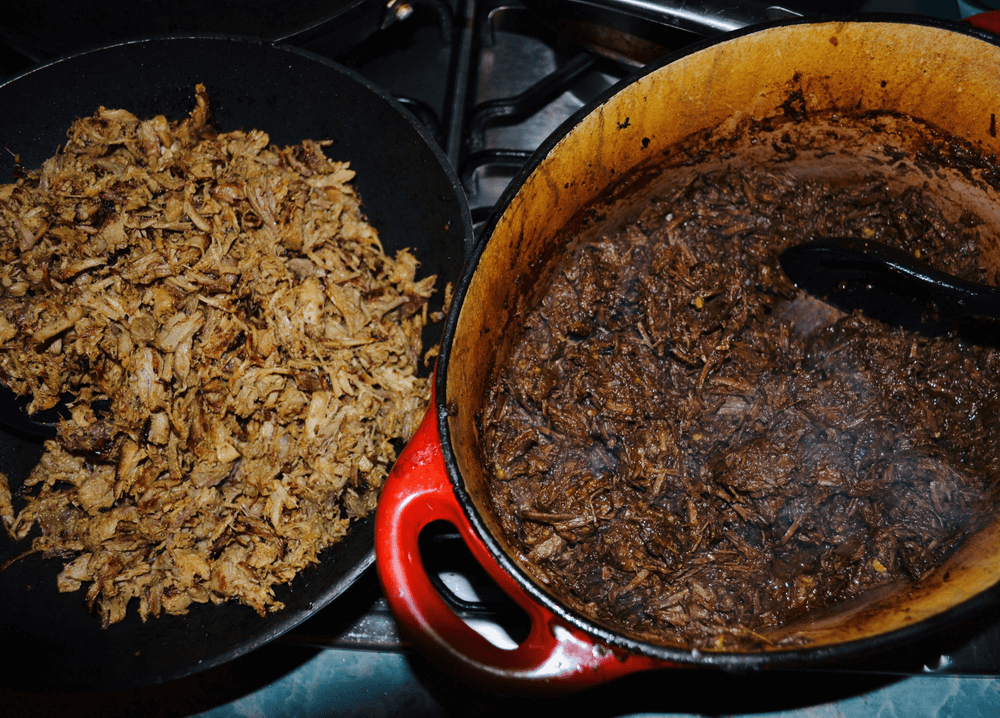 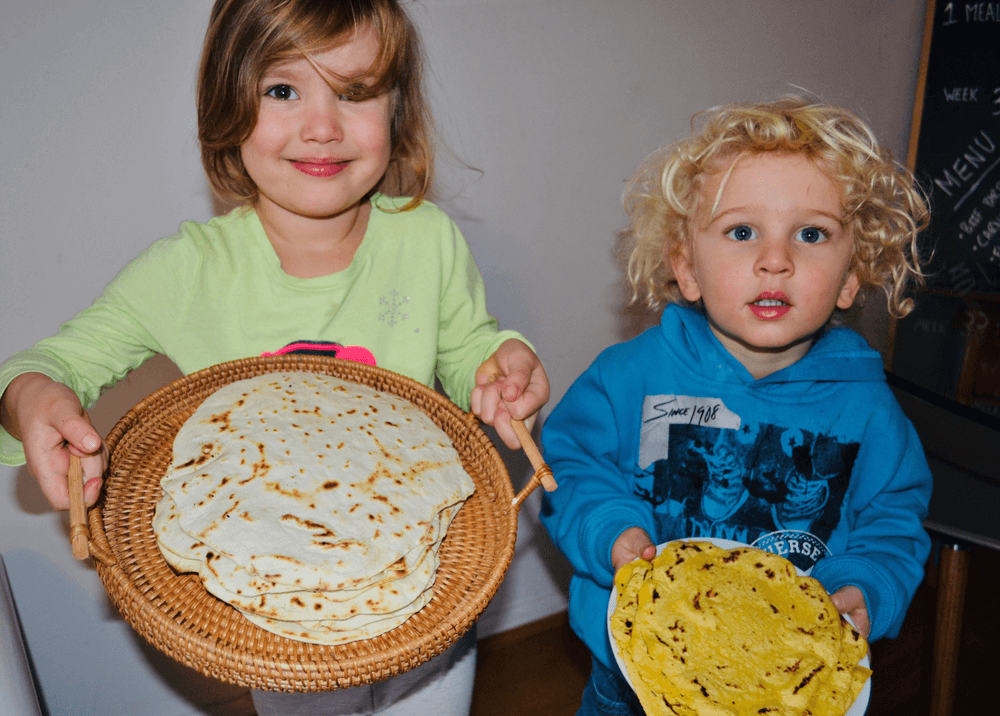 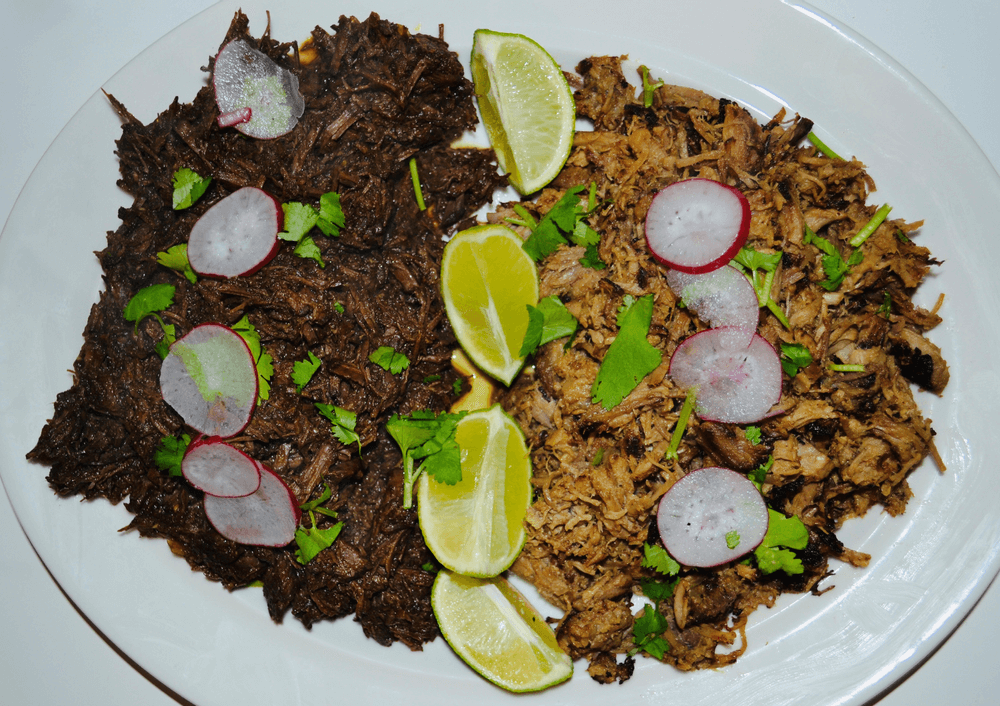 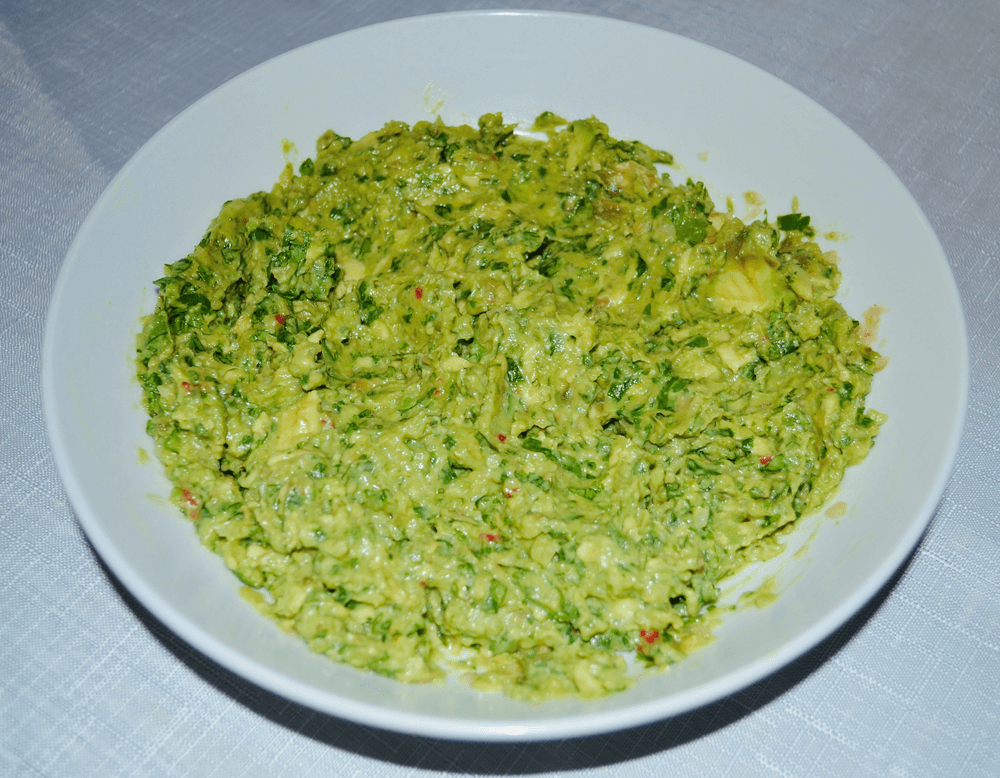 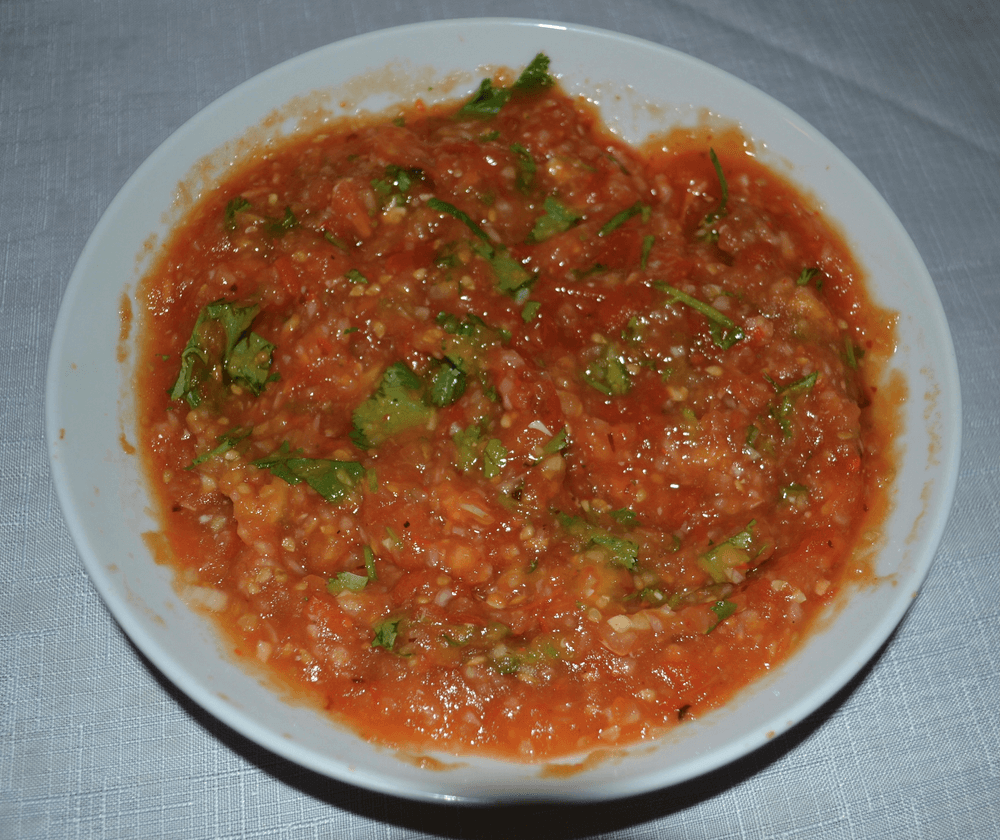 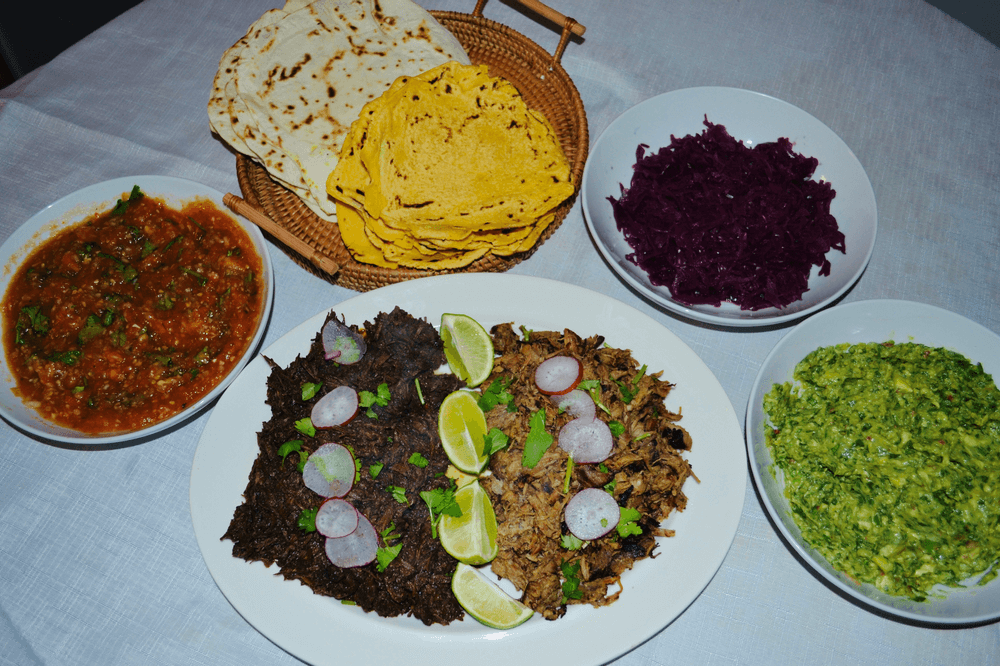 Happy with his creation! 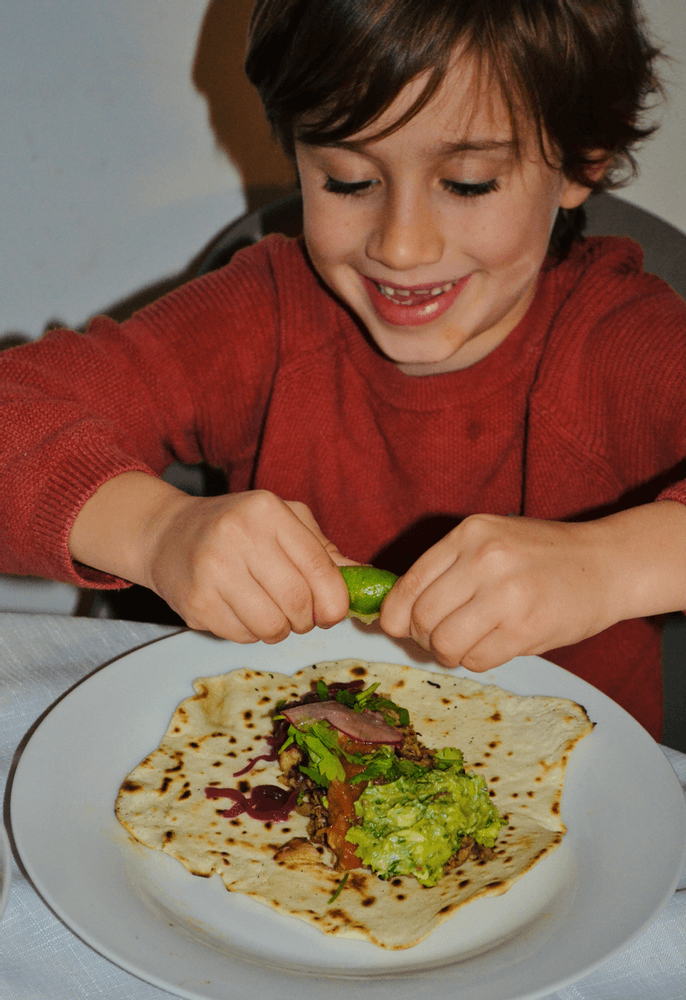 Straight for the pork 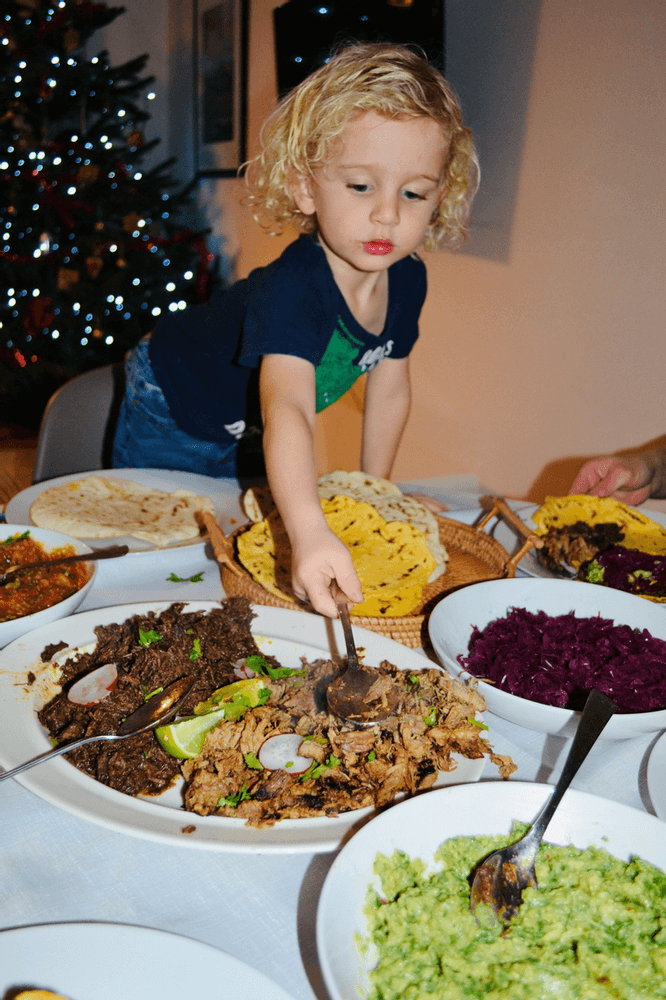 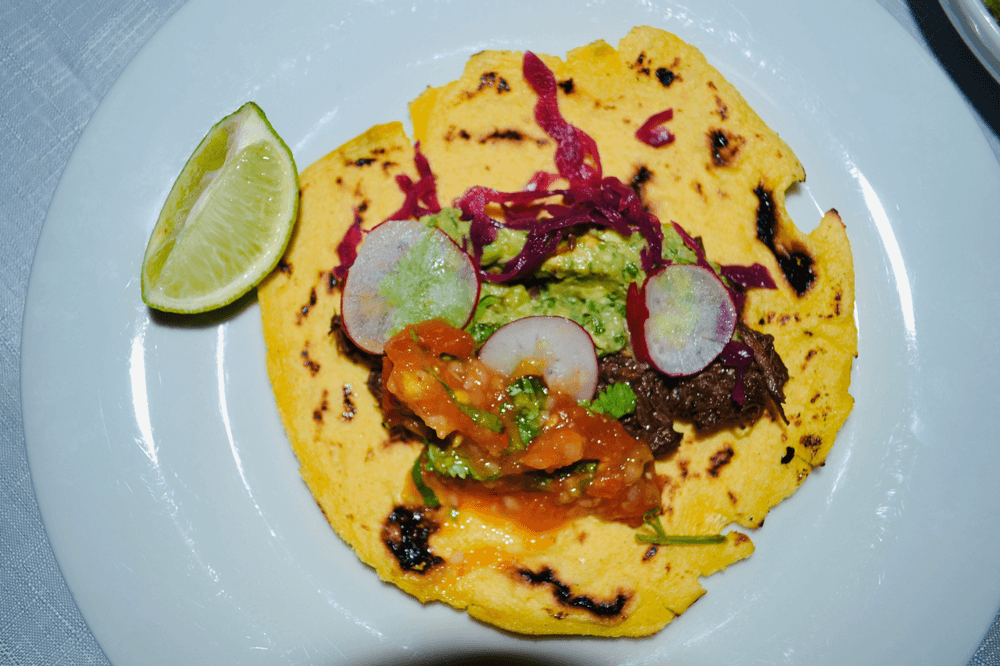 Mexico - that was amazing! 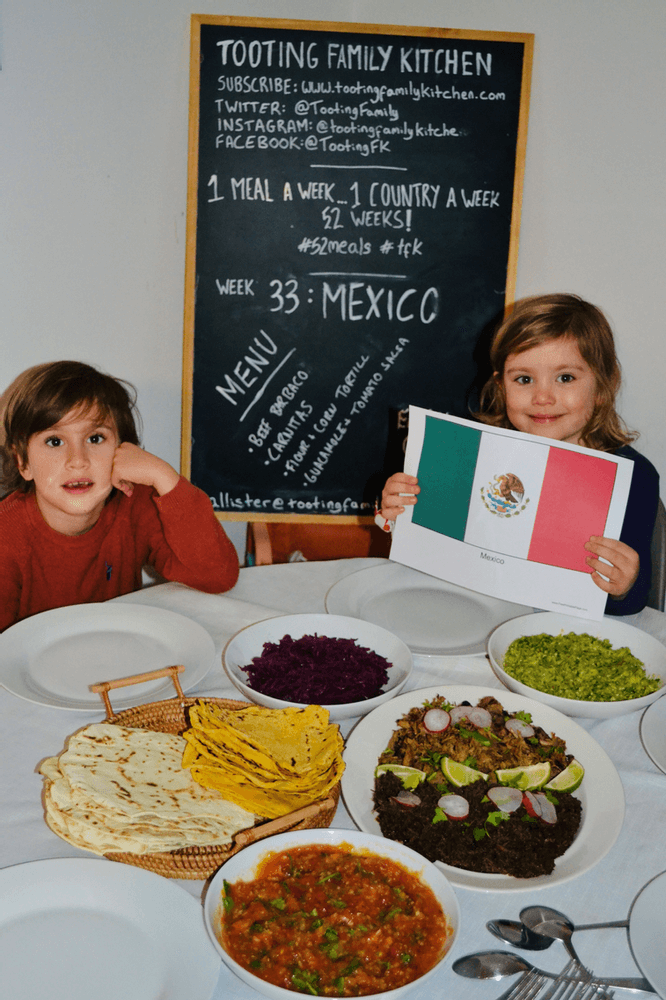 Thank you Mexico, that was epic! Can’t wait to explore more of your cuisine.

Next week we are excited to cook up our Great British Christmas Day Dinner! … please don’t forget to SUBSCRIBE (scroll to bottom) & SHARE and if you have any International Food ideas or recipes from around the world you wish to share please do drop us a line 👍