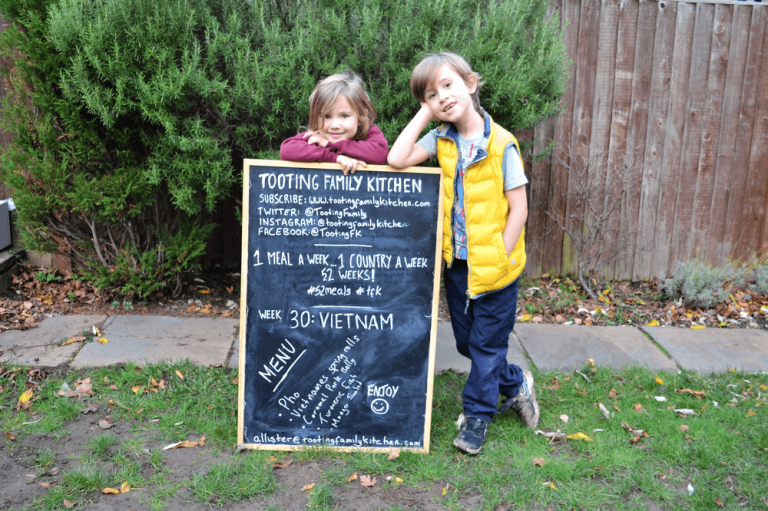 Thank you for joining Tooting Family Kitchen for Week 30 of our 52 Meals Challenge. If you are hitting our blog for the first time, welcome! We are on a culinary journey, exploring different cuisines from around the world to get kids cooking and learn about different International Cuisines and Cultures – celebrating Diversity through Food.

I have really been looking forward to cooking Vietnamese food for week 30, not just because it is one of our favourite cuisines, but also because I have felt a strong awareness of Vietnam for as long as I can remember. My parents have a lot of cool stories to tell from their pretty adventurous lives, but if there were to be 2 artefacts from our early family homes that still stand out in my memory and reflect this, it would be my Dad’s Heavyweight Boxing trophy and my Mum’s certificate of appreciation from General Creighton W. Abrams, for her contribution to the morale and welfare of soldiers during the Vietnam War. General Abrams later became Chief of Staff of the US Army until his death and the infamous US Tank, the M1 Abrams, which is still in service today, is named after him.

My Mum was a singer in the 60s and 70s and in 1971 she had the opportunity to travel to Vietnam and tour for a couple of weeks to entertain US and Australian troops who were stationed there. Usually doing 2 gigs a day she toured various locations singing on an aircraft carrier and also deep in the jungle, accompanied by the distant sound of gunfire. My favourite story is when she was with a couple of other female artists, travelling around in an armoured vehicle when they persuaded the military escort to nip behind enemy lines to visit a shack selling trinkets made from brass. She described the rather nervous armed escort hurrying them up to get back to the ‘safe zone’…it really takes the stereotype of ‘frustrated male accompanying female shopping’ to another level and I can feel that soldiers pain!

Despite the well known suffering and horrors on all sides of the Vietnam War, I know my mum’s presence would have had a positive impact with those she came into contact with and this makes me proud. Although my Mum had no experience with Vietnamese food at the time as it was strictly forbidden, she has always remarked on how friendly and open-hearted the Vietnamese people she met were and seeing the country in more peaceful times (and exploring their cuisine) has always been something she wanted to do and has since achieved with my Dad. I am reliably informed that shopping remained a frustrating affair – albeit a little less dangerous! 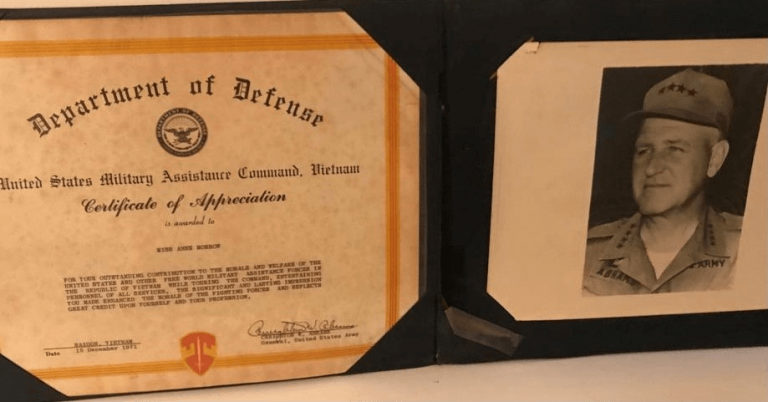 Touching down in Saigon with the Australian Air Force 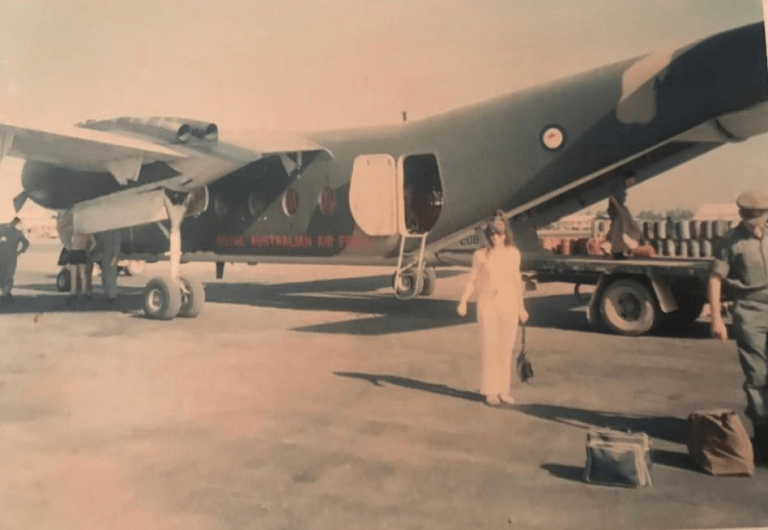 Vietnam is clearly a country that has so much to offer and is fast catching up with Thailand as a ‘must go’ destination as more people become aware of its stunning beaches, incredibly rich heritage and culture and delicious food, along with its beautiful and diverse natural landscapes that are home to 16% of the worlds species…have you ever heard anyone return from Vietnam and say they were underwhelmed?

For a country whose history is characterised by so much fighting, war and oppression, it is incredible, and testament to the character of the people, that they have preserved such strong traditions and customs over the centuries. Many of these are related to ancestor worship, religion and celebrations (New Year and marriage in particular) but they also transcend the arts. In Vietnam there are approximately 50 national musical instruments, but although the monochord zither has yet to take off in the western world, speed dating is accredited by some as being derived from an interesting Vietnamese tradition. Vietnamese ‘Love Markets’ have evolved over the decades to become a centralised meeting place for young single villagers from remote regions in the north of the country. Legend has it that the Love Market started when a couple from different tribes fell in love, but the union was strictly forbidden which resulted in fighting. The couple felt guilty and to stop the bloodshed they separated, but agreed to meet once a year in Khau Vai on the 26th day of the 3rd lunar month, which has evolved into the annual Love Market held there now.

Unique traditions aside though and there really is little to separate the Vietnamese to us Brits …in some respects! They love football and a tipple! In a recent survey 80% of Vietnamese people said they would watch the World Cup instead of going to work and a unique beverage to Vietnam is Snake Wine, a boozy drink made by infusing a whole snake in rice wine! Who doesn’t like watching the footie with a large glass of Snake Wine?! I’m pretty certain the majority of Vietnamese would grab a chilled beer though 🙂

My old school mate Jon moved to Vietnam 15 years ago where he settled and now lives with his wife and children. I asked Jon what it is was about Vietnam that was so attractive. He told me that Vietnam has it all, but what appeals to most people when they come is the sheer youth, vibrancy and energy about the place. It is a young country with a young population and it’s on the up. People are optimistic about the future and working hard to do better than previous generations who suffered through harder times in the not so distant past. Jon told me that society is still very family orientated there, and of course food is a massive part of that. Not just for families however; street food and even regular restaurants are highly affordable. Every morning and night the endless eateries are packed with punters. It’s very common to ‘eat out’ for breakfast and have noodles or broken rice with pork and a fried egg. Meat will be grilled over hot coals right on the pavement. Thit Kho Truong, braised pork slow cooked with hard boiled eggs, is a very special dish, with most families (including Jon’s) making a huge pot for the lunar new year which is served with white rice and pickled mustard green, it’s the nations roast dinner!

We hope we have done Vietnamese food justice with this weeks feast!

Checking out the Nem Ran ingredients 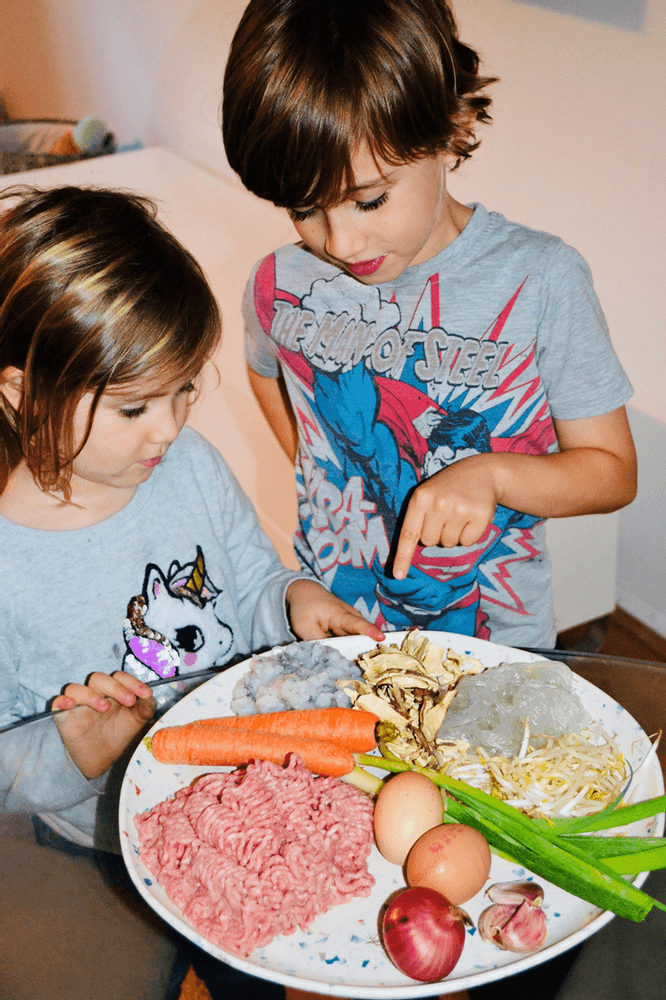 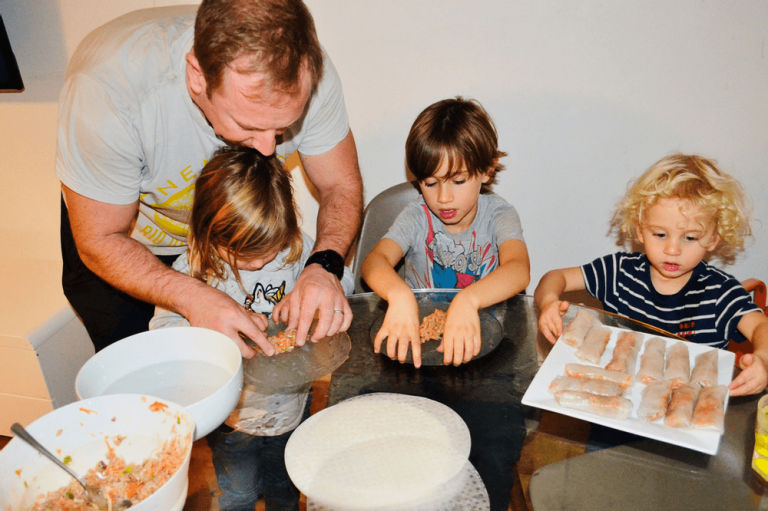 The stock before 8 or so hours of simmering... 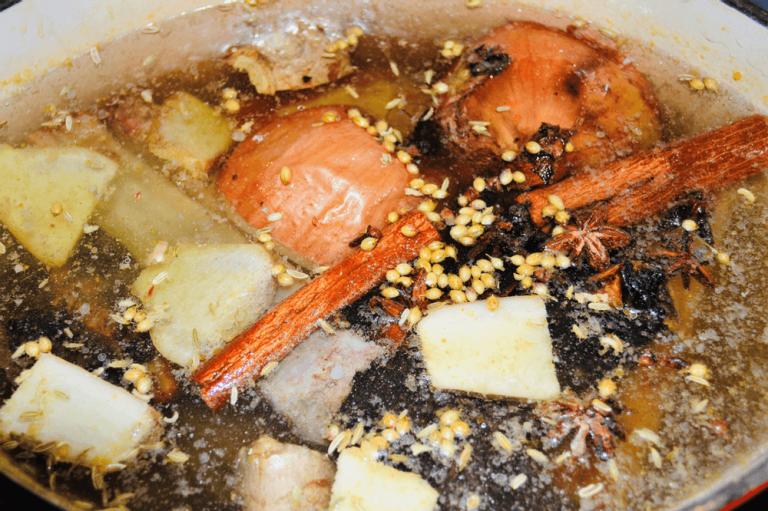 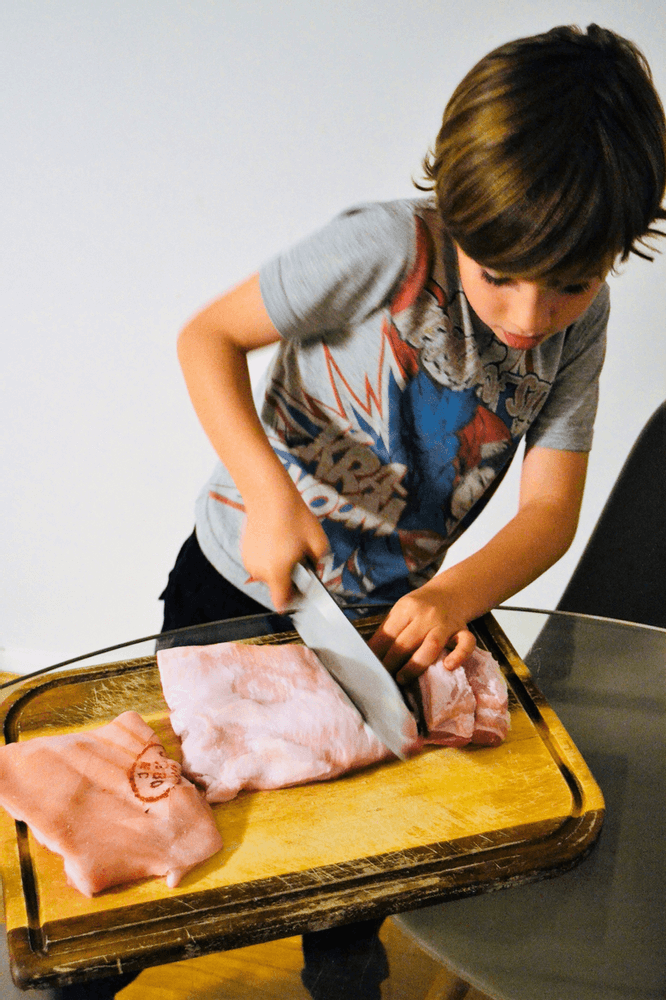 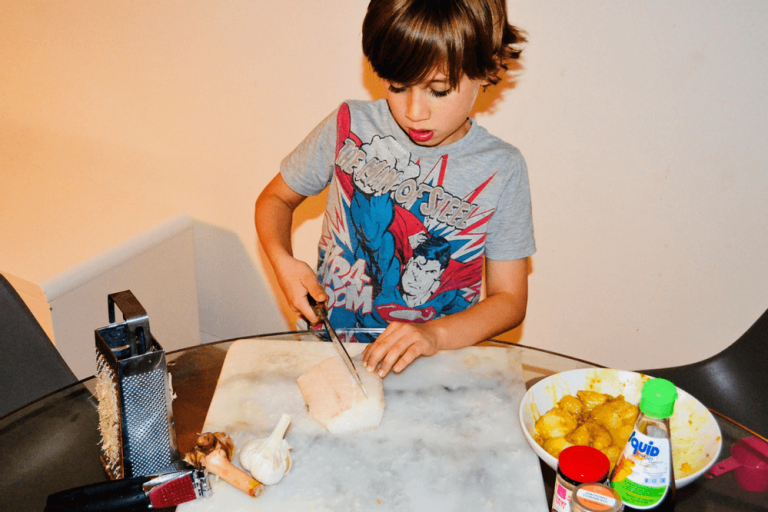 What a piece of meat! 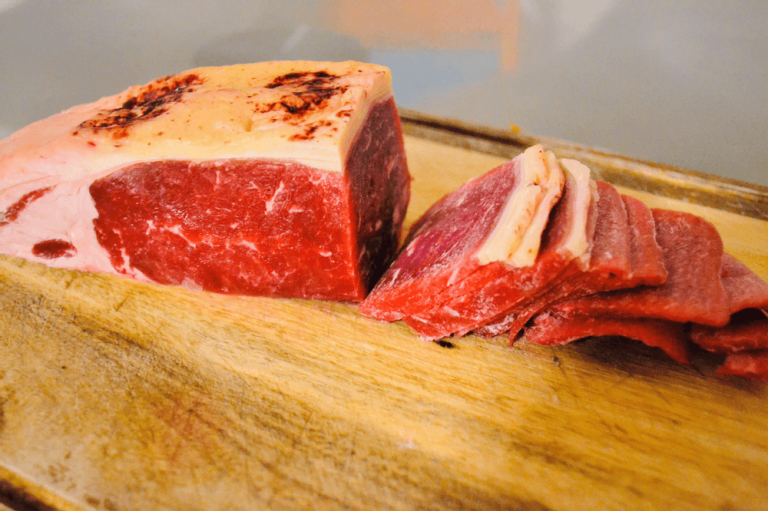 Our Pho ingredients to add to the stock 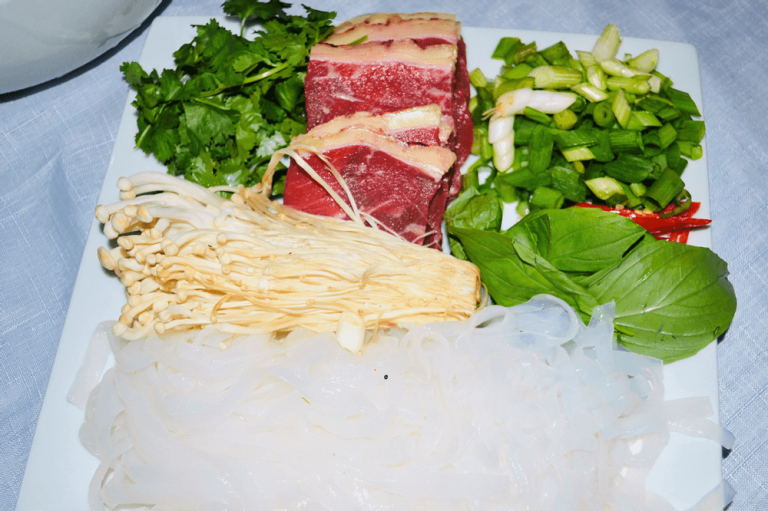 Getting the Pho ready 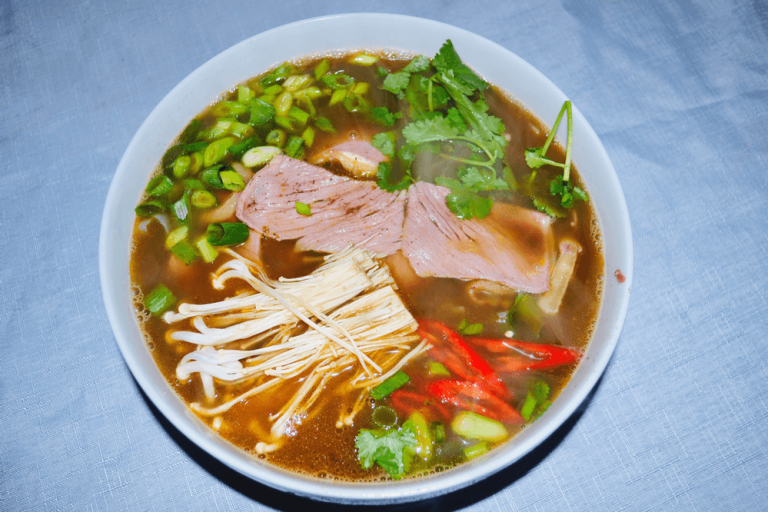 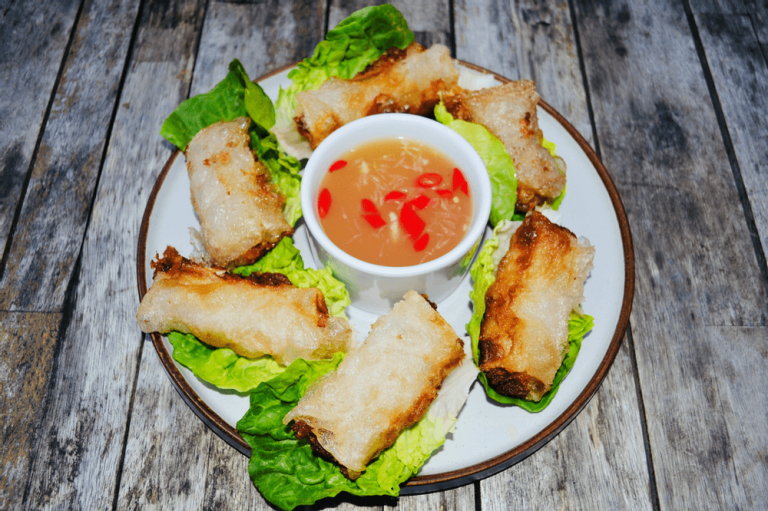 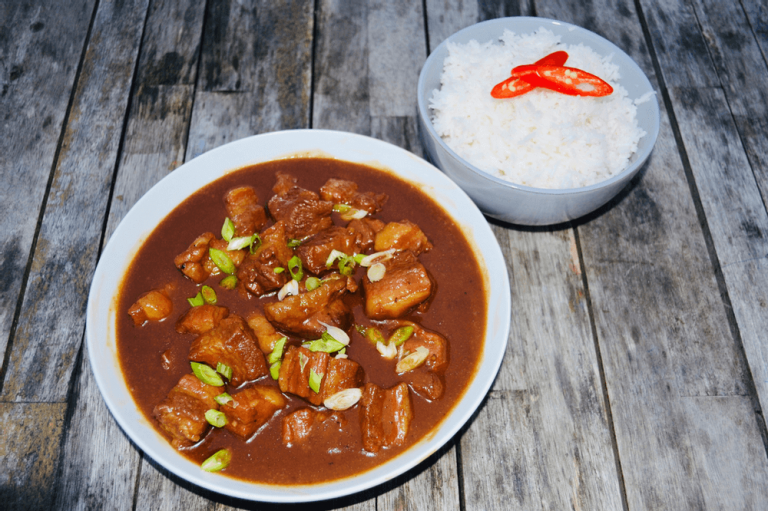 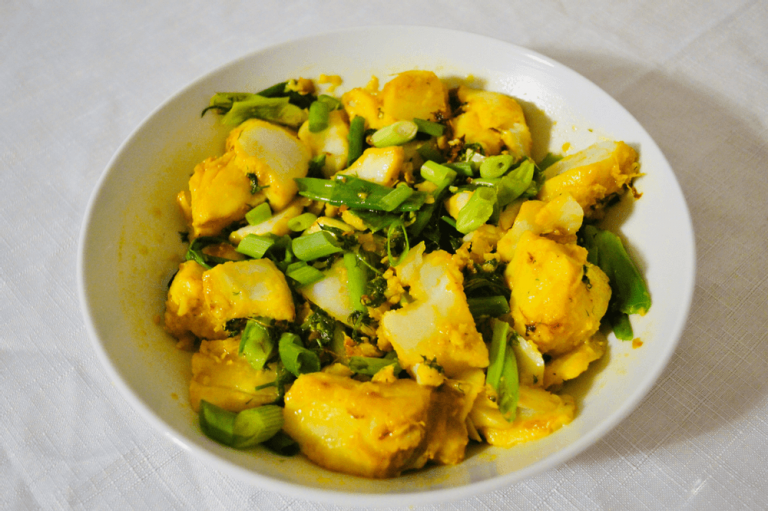 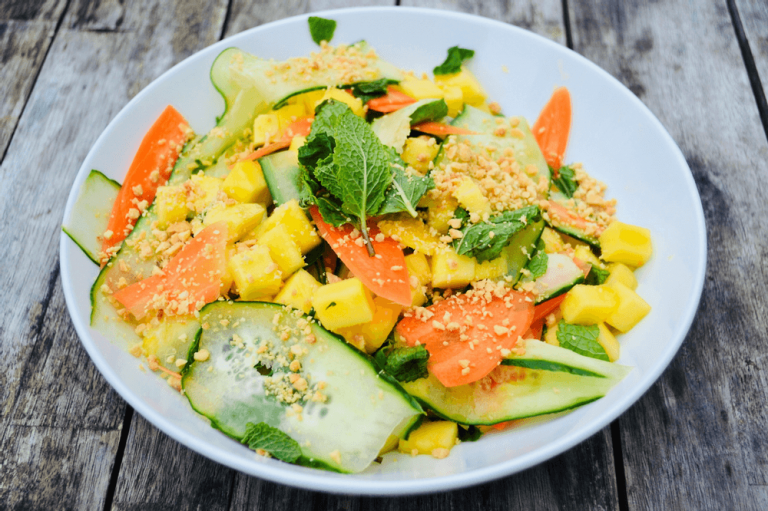 Let's get stuck in 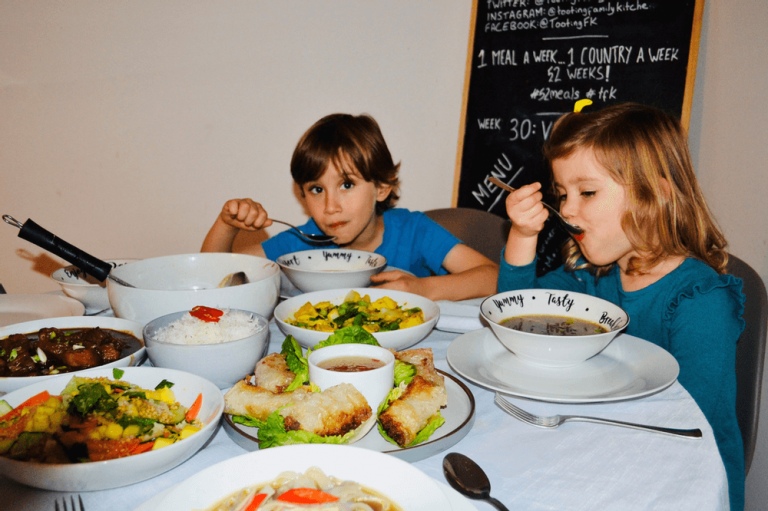 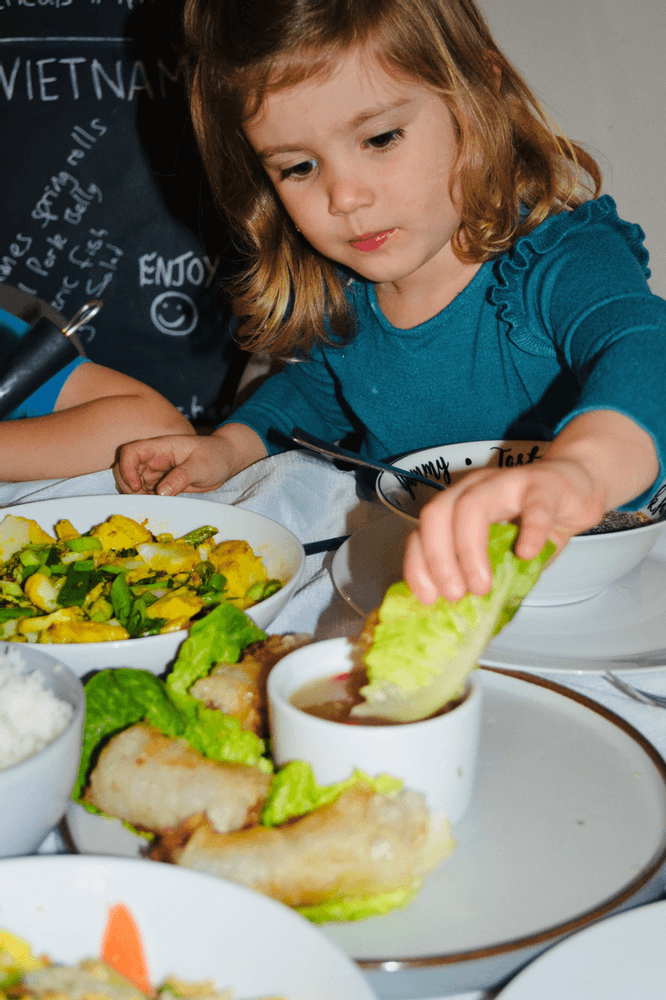 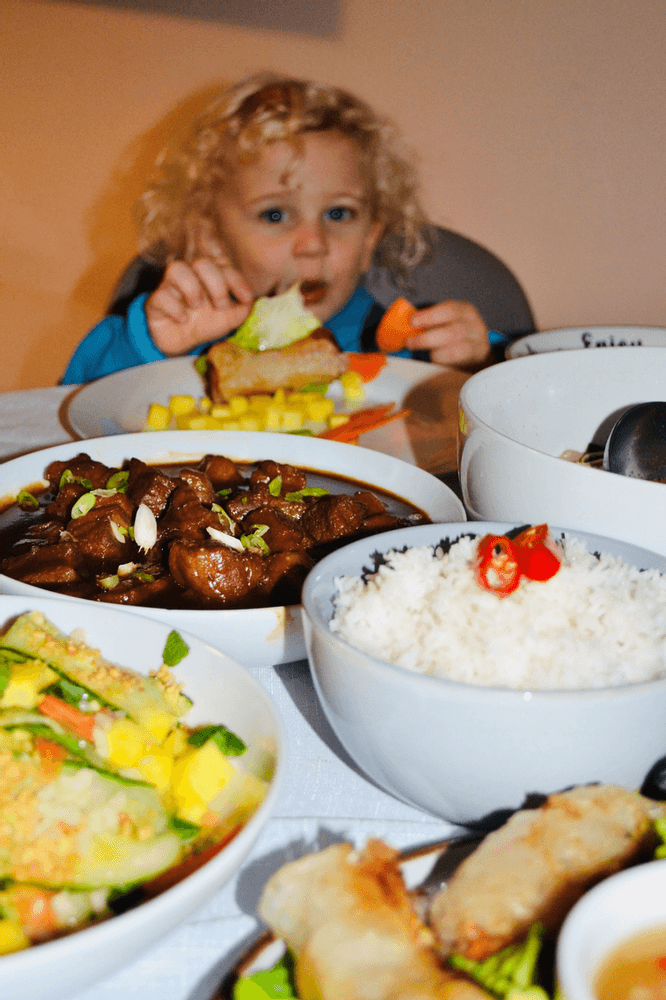 Thank you Vietnam, that was epic! 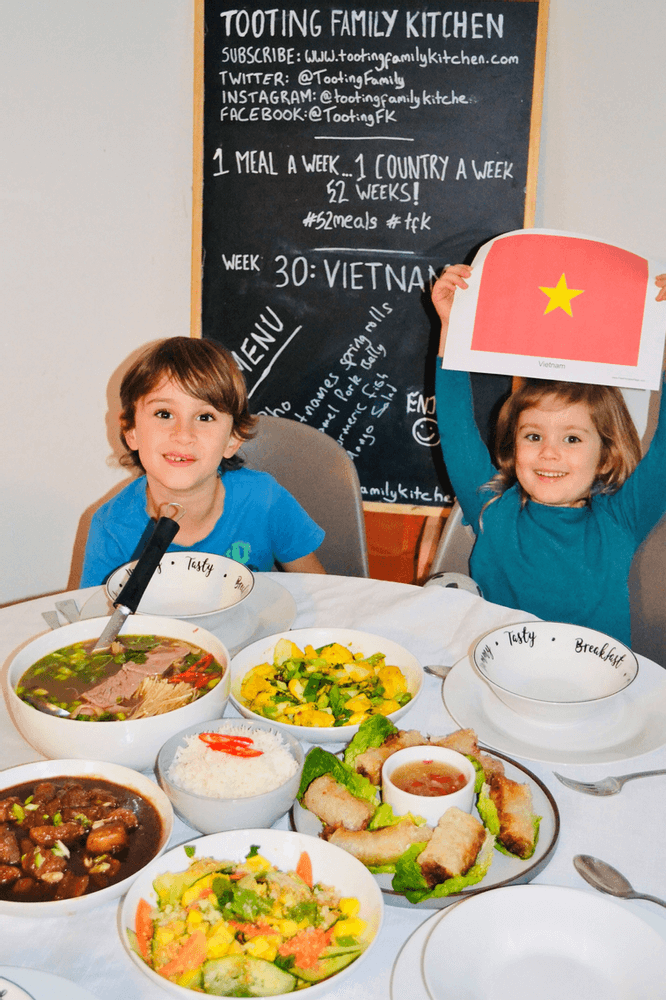 Thank you Vietnam, that was epic! Can’t wait to explore more of your cuisine.