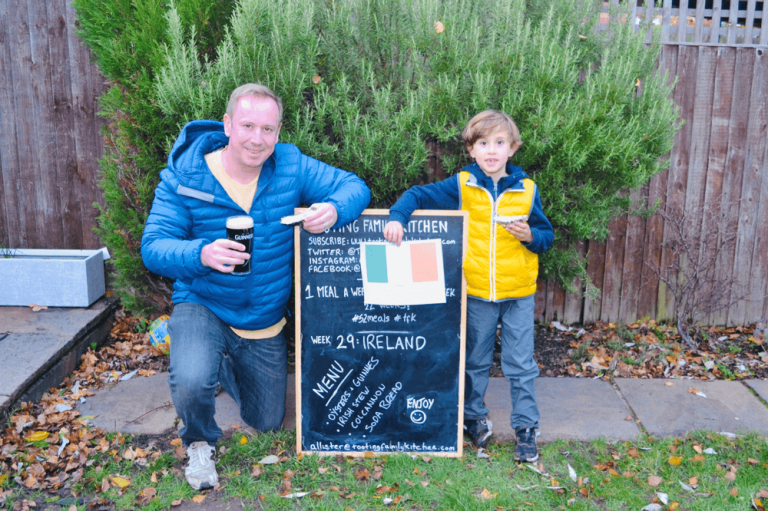 Thank you for joining Tooting Family Kitchen for Week 29 of our 52 Meals Challenge. If you are hitting our blog for the first time, welcome! We are on a culinary journey, exploring different cuisines from around the world to get kids cooking and learn about different International Cuisines and Cultures – celebrating Diversity through Food.

This week we head to Ireland, a very small country with a seriously big personality that seems to transcend the planet in so many ways. About the size of South Carolina and with a population of less than 5 million, it may surprise you to know that around 80 million people worldwide claim Irish descent, a number which includes more than 36 million Americans claiming as their primary ethnicity. The Irish are generally thought of as being a fun bunch who don’t take life too seriously, love a laugh, love a drink, love a good story, don’t take sides, have the gift of the gab and most of all…have the best craic! I have always felt an affinity with the Irish (along with 79,999,999 others clearly), mostly due to Irish family friends I have grown up around and namely my Godfather (and neighbour) Tony. He pretty much embodies all the positive characteristics of the Irish and is the sort of guy that if you ask for directions, is likely to take you there himself. The best of the Irish have a way of focusing on what’s important in life, the simple things, seeing past all the trappings connected with ego, money, fame and general materialism. They just seem to get what matters in life…the people!

Wherever you go in the world you are bound to see the Irish influence in some shape or form and more often than the not it’s in the capacity of having fun! Just arrived in Mongolia, where do you head? The Grand Khaan Irish bar of course. In Nepal and planning on climbing Everest? Why not grab a bottle of Guinness first? Likely to have been carried by mule to the Irish Pub in Namche Bazar, 3.5km above sea level! Fed up of visiting temples in Cambodia, head over to O’Neil’s’ late night Irish Bar in Kampot! No matter where you are in the world, if alcohol is permitted, you are bound to find an Irish bar and you just know you are not going to want to leave after one or two!

Ireland’s influence on the world however goes further than ‘the craic’ and providing an entertaining template for tough Boston cops in Hollywood movies. Head down to Argentina and Ireland can take some credit in the formation of their Navy through Admiral William Brown, an Irish born Argentinian, who founded it. He is considered a national hero and many warships and political entities are named after him. Cross the Atlantic to South Africa and you may witness an extremely strong bond formed since the 1800s, when Irish missionaries started traveling there to work in education and health. The Irish government were also strongly opposed to apartheid and whilst Nelson Mandela was languishing in Pollsmoor Prison in 1988, he was awarded the Freedom of the City of Dublin which he accredits with being a source of strength. Pop over the Indian Ocean to China and many will credit Ireland, and in particular the Shannon Free Zone created in 1959, as being the inspiration behind China’s economic re-development after a Chinese custom’s official (Jiang Zemin who later become President) took a training course on the Shannon model and a similar free zone was set up in Shenzen later that year, kick starting the economy which went into hyper growth. Despite all this, when asked for the first 3 things that pop into your head when you think of Ireland, most of us will go with St Patrick, a Shamrock and a pint of Guinness. All 3 are proud symbols of Ireland of course, but interestingly St Patrick (arguably) was born in Wales, a Shamrock is not the national symbol of Ireland (a harp is) and more Guinness is consumed in Britain and Nigeria than Ireland, which ranks 3rd in the world, although of course its population is far smaller.

Irish food and drink is relatively simple and is based on the crops it grows and the animals it farms, epitomised by the rustic yet classic dishes of Irish Stew, Colcannon and Soda Bread, that we have made today. It is also responsible for one of the best (and yet so simple) pairings known to man…Guinness and Oysters! Fortunately, living in Tooting where there is a large Irish community, it’s possible to get one of the best pints of draft Guinness in London at the Ramble Inn, as well as taking in live Irish Music. Hopefully the landlord Jimmy will be dishing out the oysters soon too 👍

We hope we have done Irish food justice and wish you all, the luck of the Irish. Cheers! 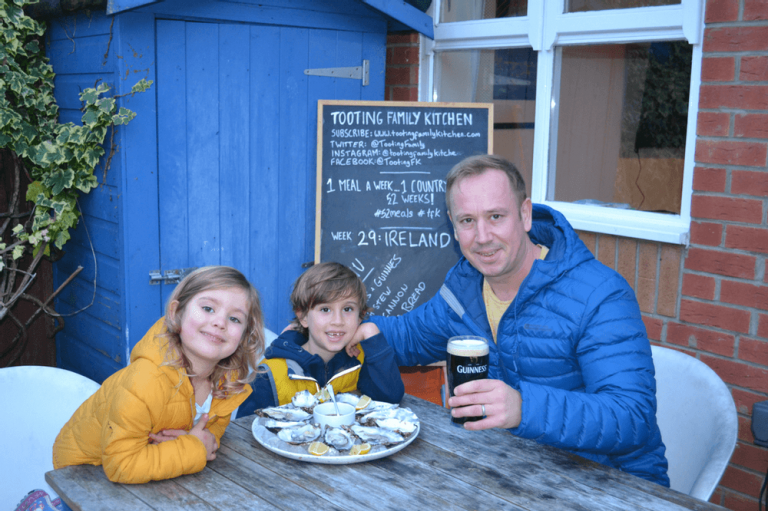 What's in the stew? 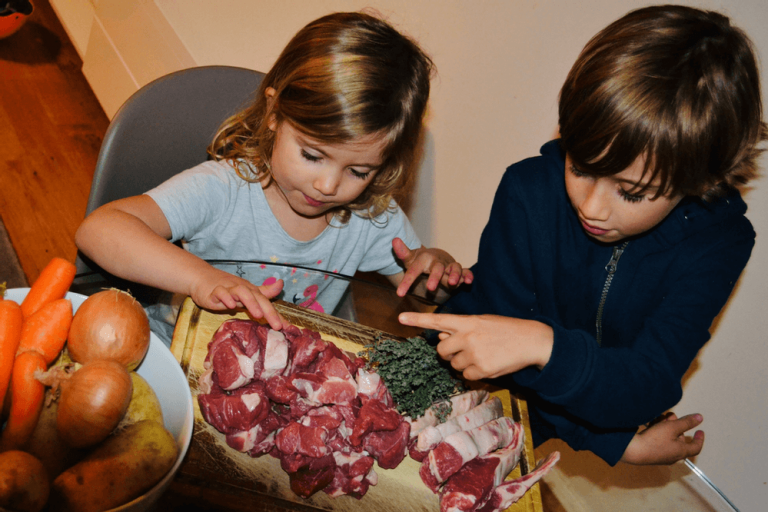 Getting the stock going 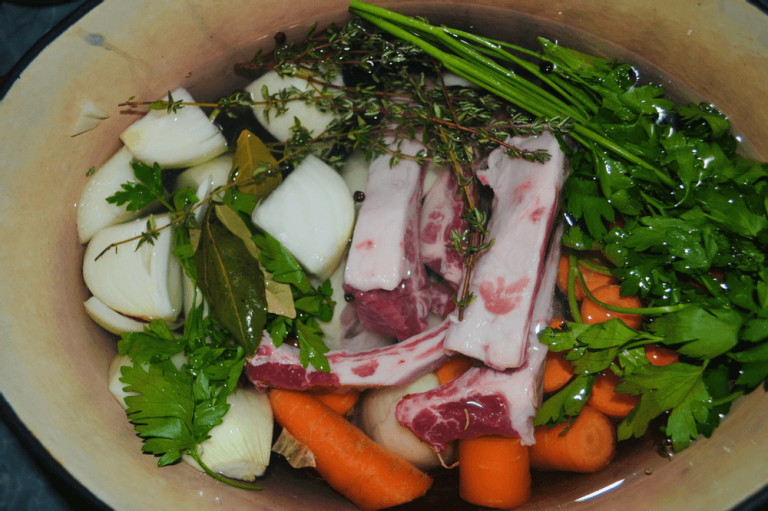 Head baker getting to work 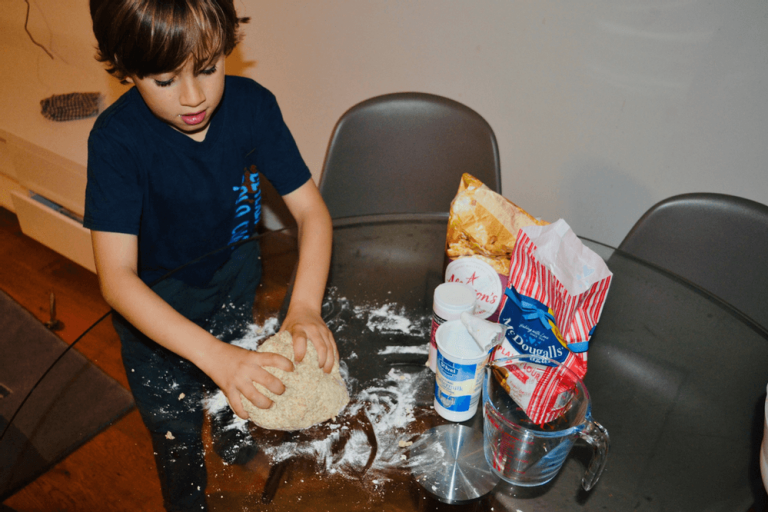 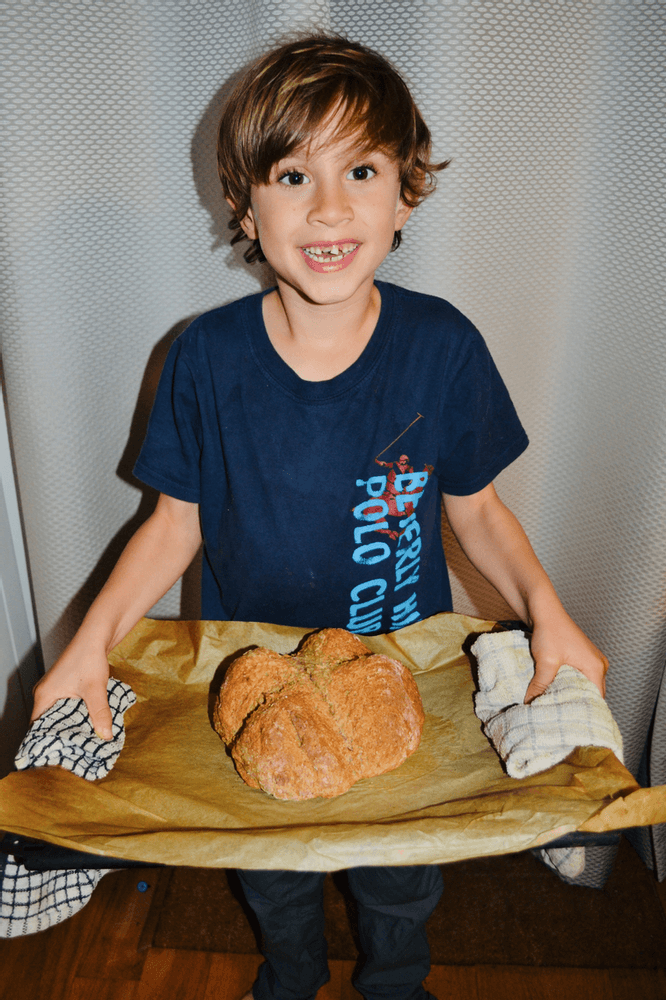 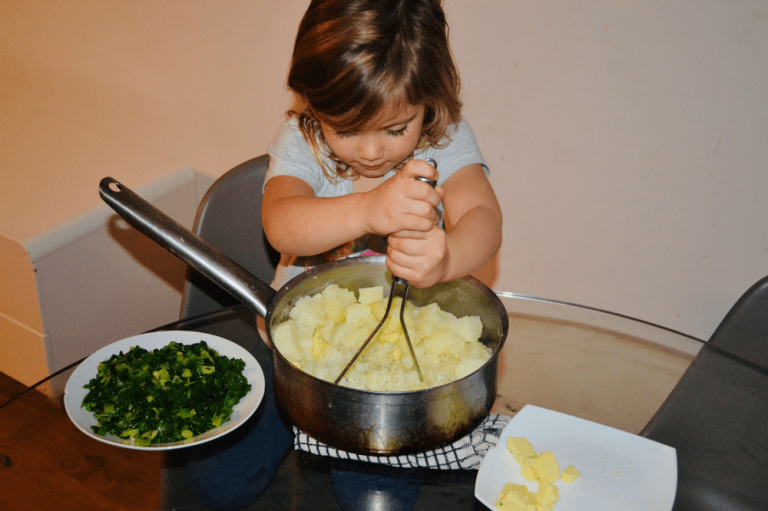 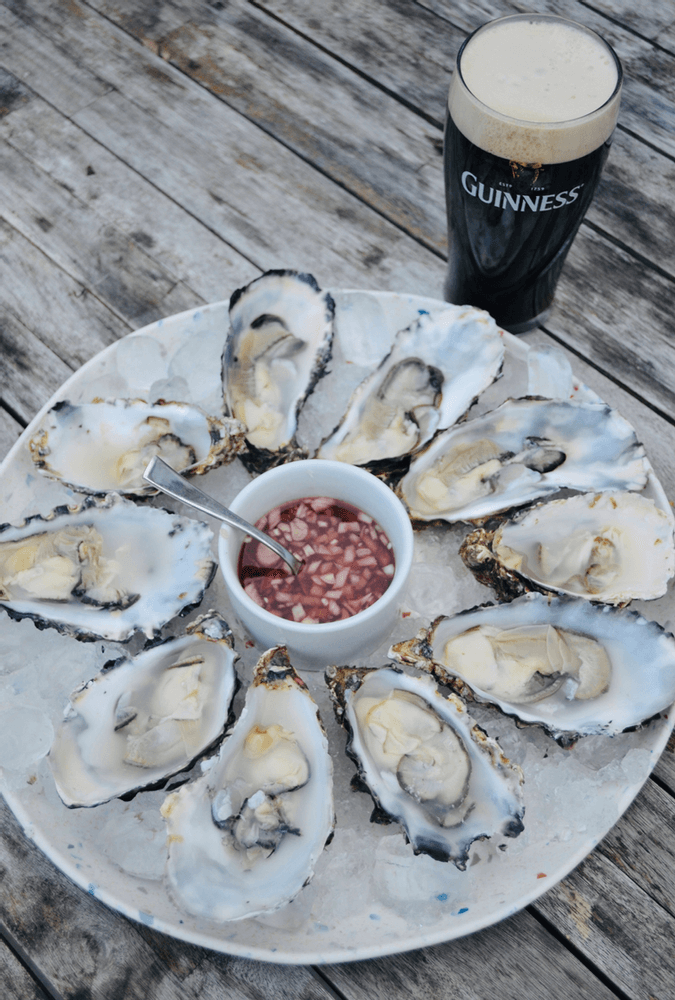 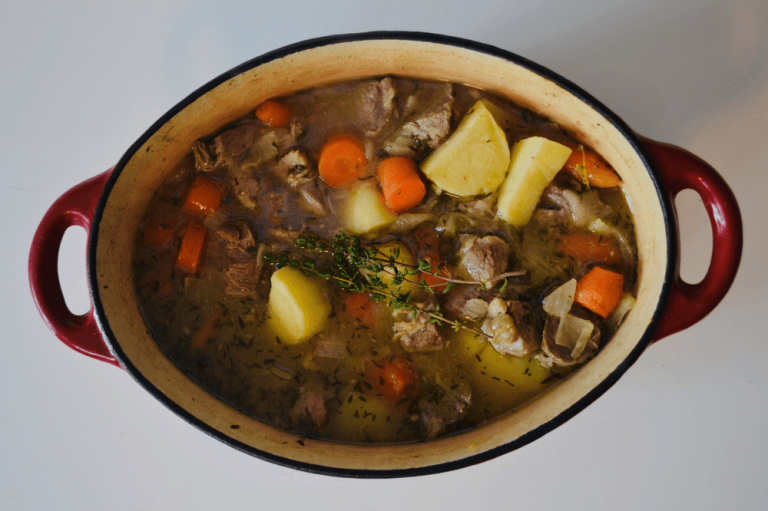 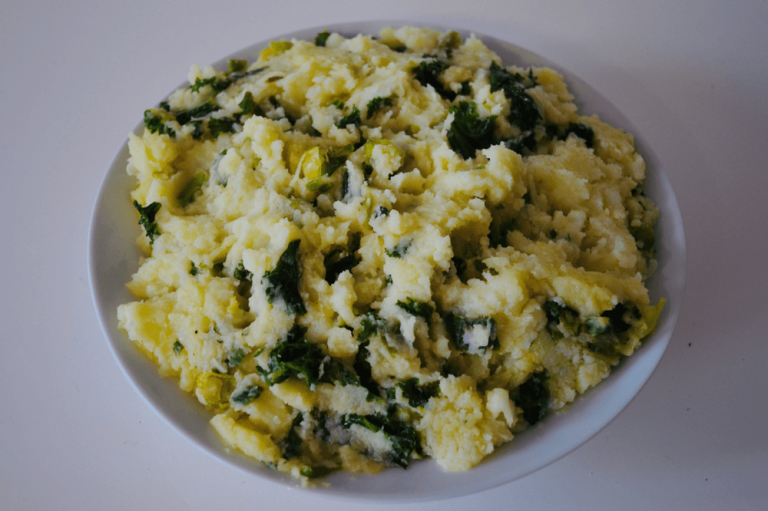 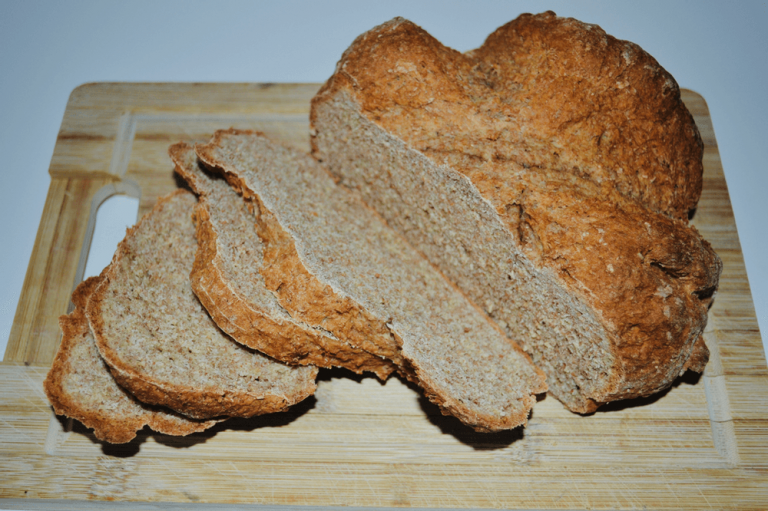 This is a recipe from the ever reliable Delia Smith 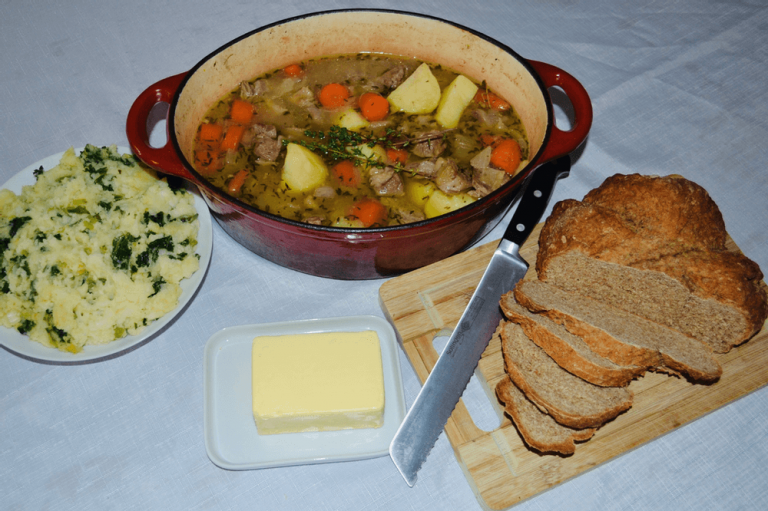 All good so far! 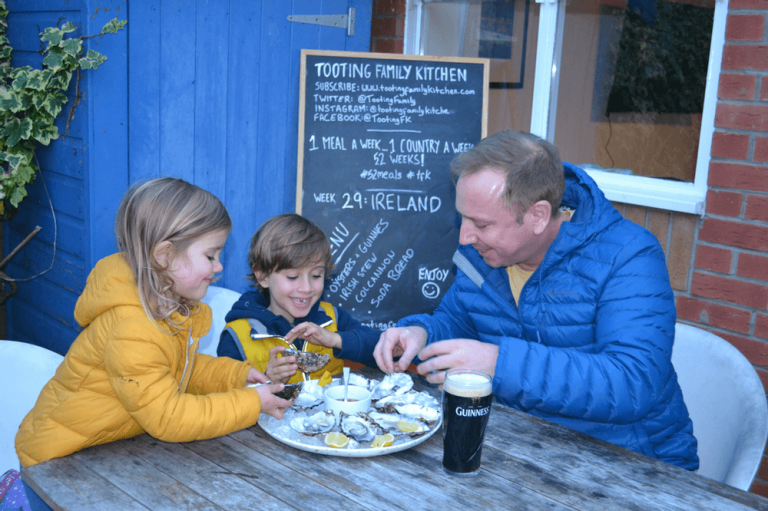 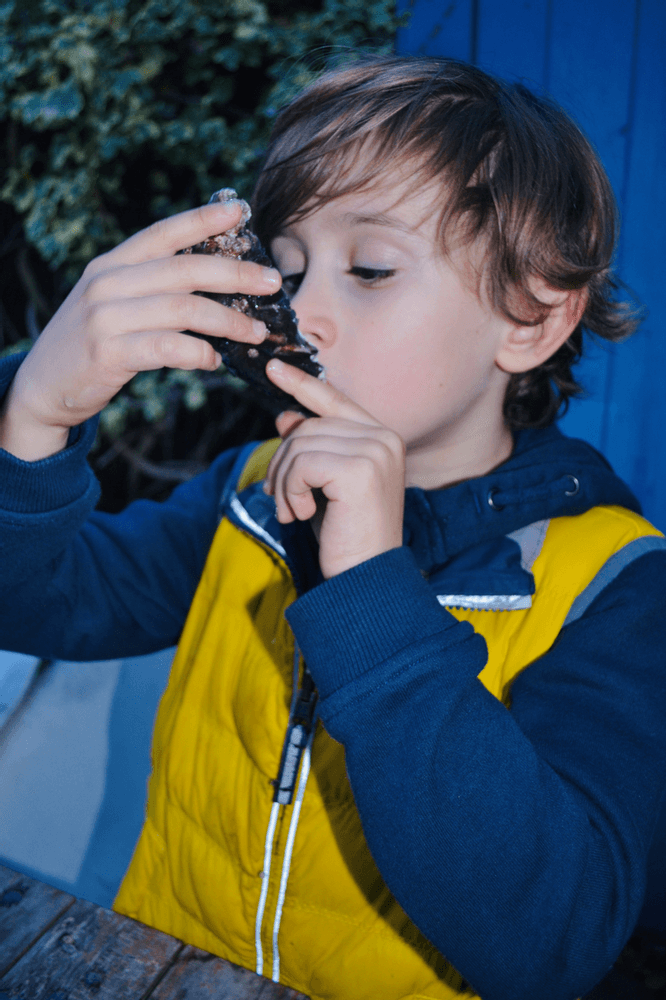 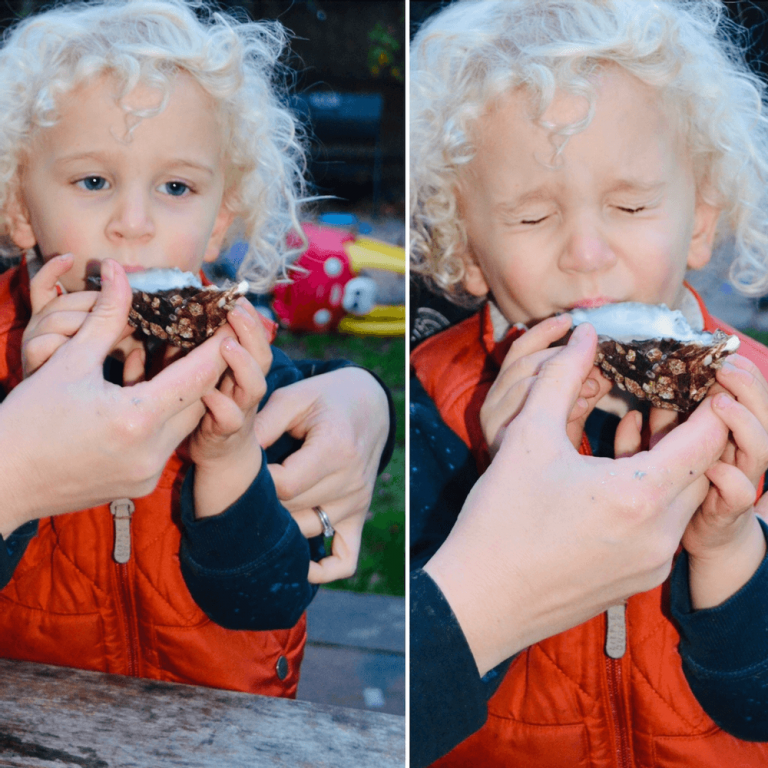 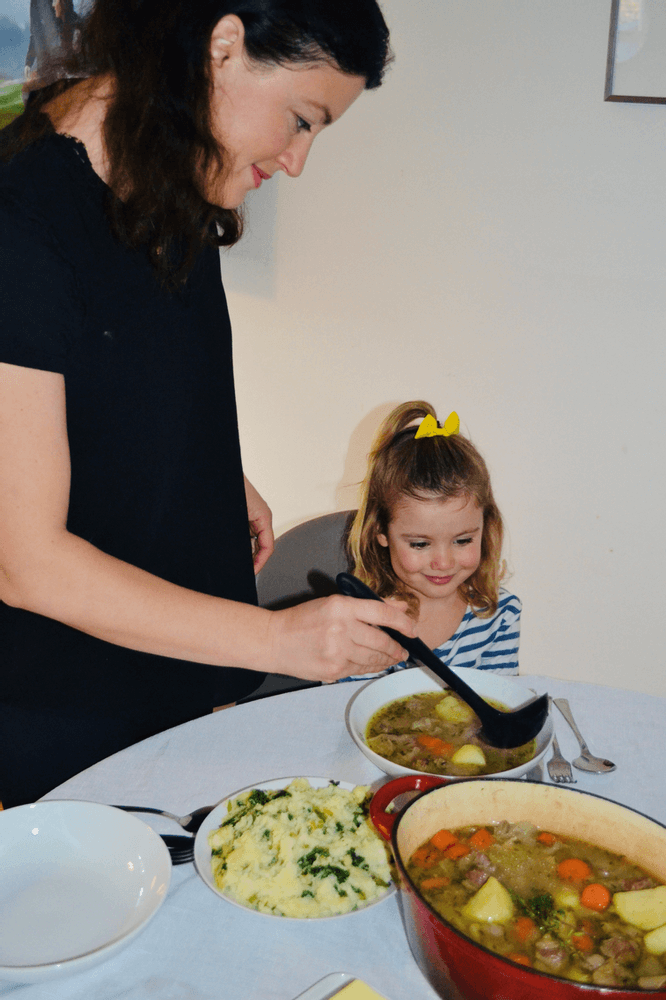 More popular than the oysters for this one 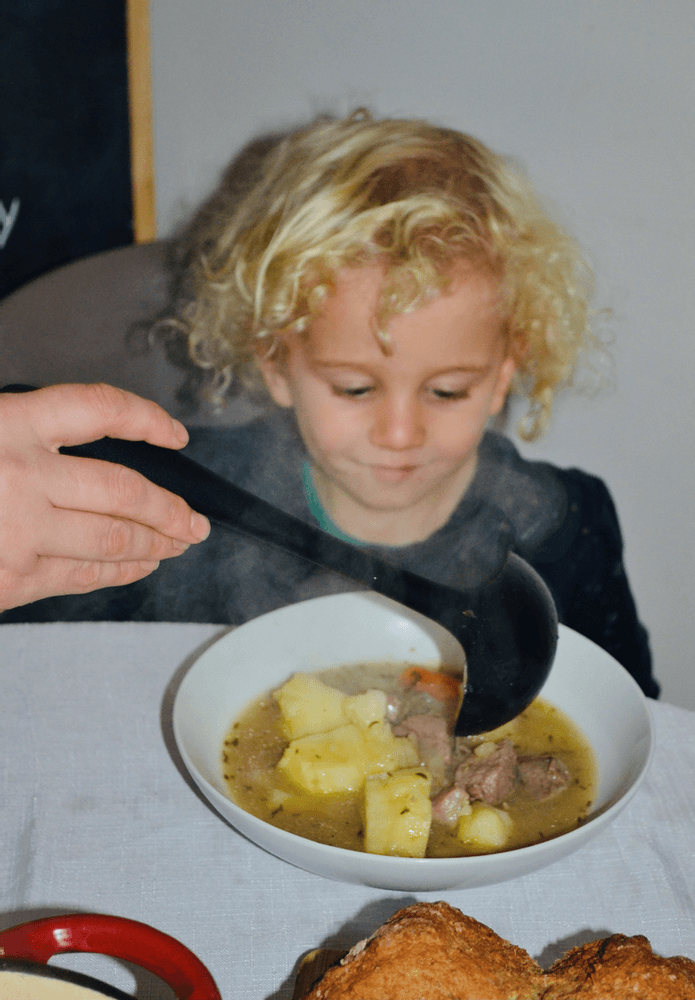 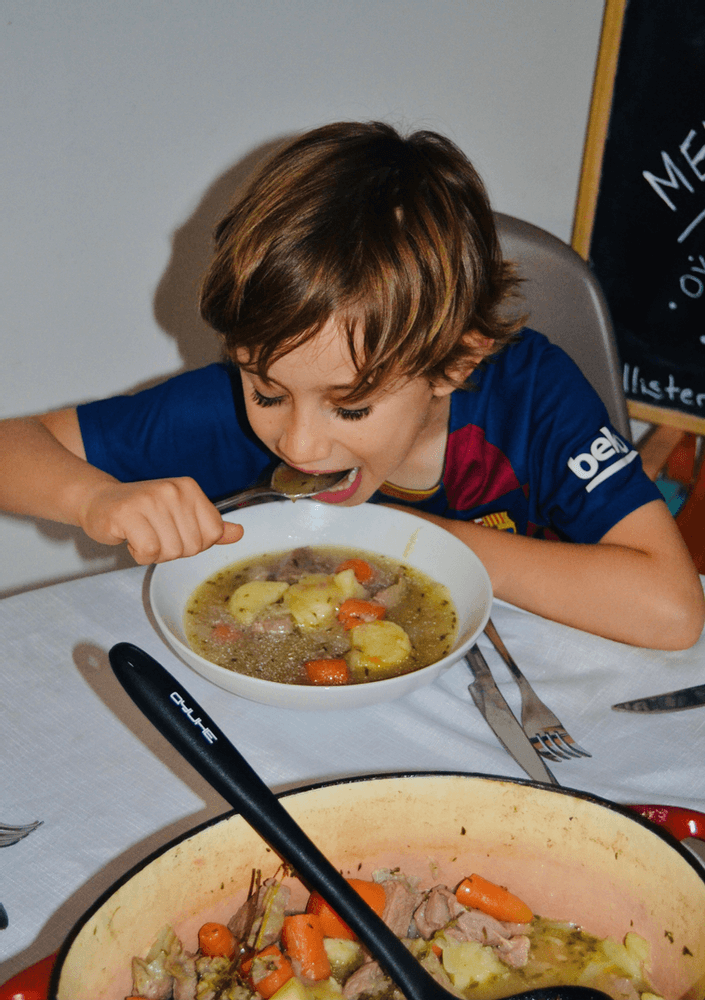 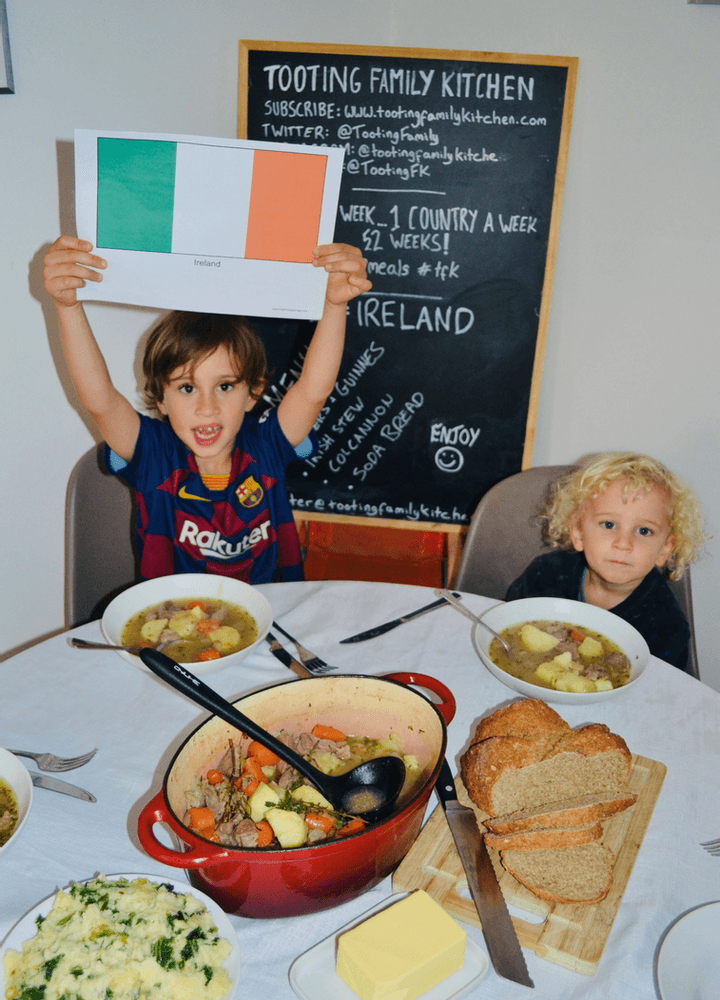 Thank you Ireland, that was epic! Can’t wait to explore more of your cuisine.