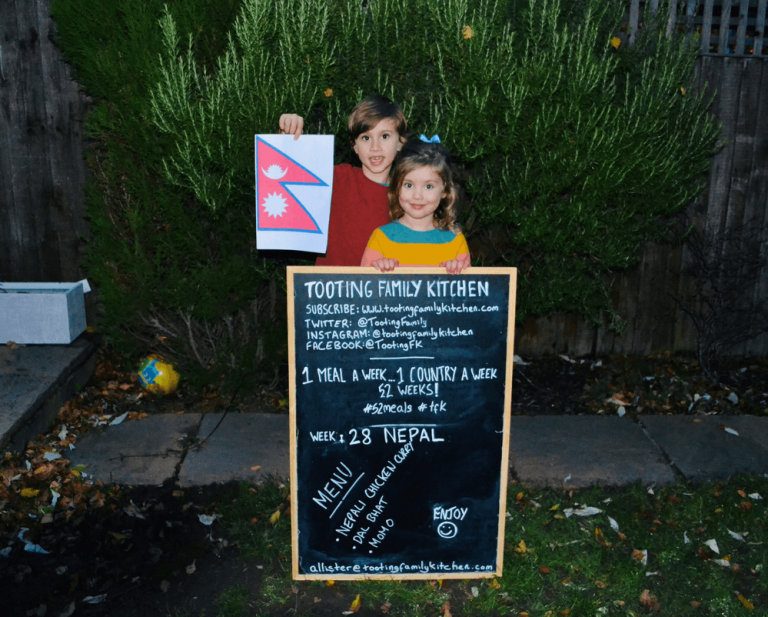 Thank you for joining Tooting Family Kitchen for Week 28 of our 52 Meals Challenge. If you are hitting our blog for the first time, welcome! We are on a culinary journey, exploring different cuisines from around the world to get kids cooking and learn about different International Cuisines and Cultures – celebrating Diversity through Food.

I have really been looking forward to cooking our Nepali food and although I have never had the pleasure of visiting this remarkable country, I have had the pleasure of serving alongside some of the soldiers recruited from Nepal, to serve with the British Army, and have had some insight into their food and culture. The Gurkhas have a fearsome reputation and are incredibly well respected within the British Armed Forces and beyond. They have fought for Britain for more than 2 centuries and in that time they have lost more than 50,000 men in battle and have earned an incredible 26 Victoria Crosses – the highest and most prestigious award of the British honours system. To quote the former Indian Army Chief of Staff, Field Marshal Sam Manekshaw, “If a man says he is not afraid of dying, he is either lying or he is a Gurkha.”

My first experience of Nepali food and the Gurkhas was in the very early days of my Army career, shortly after passing out of basic training and commencing trade training. There was an element of mystery surrounding the Gurkhas which was amplified by the many stories circulating about them and their reputation, some true and some not! It was known that the Gurkha’s were traditionally recruited from the hill people in Nepal – perhaps less well known was that they traced their routes back to an 8th century Hindu warrior, Guru Gorakhnath. One thing was for sure though…you did not mess with them! I can honestly say that throughout nearly 14 years’ service, I did not come across anyone who had a bad word to say about our Gurkha brothers-in-arms. They were always the smartest soldiers on parade back in training, they were always disciplined, they were tough and professional but they were a lot of fun, never ever complained and are amongst the most well natured people I have ever met…drinking with Gurkhas and hitting the dance floor was always a night to be remembered!

Back in that training Regiment I was always jealous of the fabulous smells emanating from the Gurkhas hot plate in the canteen as we all rushed in, trays in hands, in our respective queues! Fortunately for me I had my mate Navin who on occasion would head back to the hot plate to get me a plate of their (far more delicious) food! I got back in touch with Navin, who recently completed his British Army service and has settled down in England with his family. Navin told me about his upbringing in the city of Pokhara and the food that the Nepalese would eat. Curry and rice was a staple eaten for lunch and dinner pretty much every day, which they call daal (pulse) bhat (rice) tarkari (curry). The rice would always be steamed, the daal would be red and/or black and the curries would vary but the spices would remain the same. Largely buffalo meat was used although chicken was popular too and certainly when in the UK, curries are generally made from chicken. When in Nepal cooking was done with firewood collected from the jungle which they try to replicate in the Army by collecting wood and cooking outside, which they call ‘messing’. To Gurkhas it makes the food nicer but perhaps more importantly, it reminds them of the hills/mountains back home. Navin also told me about his favourite food, Dhido. Dhido is often found in remote villages with little access to rice and is made from buckwheat or millet being mixed vigorously for a long time, so it is more solid in texture and can be dipped in curry – it is often associated with being eaten by the poor in Nepal, but doesn’t stop it being delicious!

Needless to say living in Tooting (the coolest neighbourhood in London), we are never far from the gastronomic action, and arguable London’s best Nepalese restaurant, Gurkhas Balham, is right here on our doorstep! Sadly Covid got in the way of their incredibly kind invitation to visit their kitchen and get some cooking tips, but they did share some great advice with me on some of their most popular dishes and how they are made. A favourite is momos, a steamed filled dumpling of which there are different varieties. These can be served with a variety of sauces often made from tomatoes and sesame seeds with fresh coriander and in cold weather they make a type of soup version called Jhol Momo. They also told me about daal and the different regions in Nepal where it is grown. The most famous daal is called Kalo Daal (Mas/Urad), which is mostly grown in more Hilly areas and is tempered with a herb called Jimboo, which can only be found in the snowy parts of the country and is what distinguishes it from Indian daal.

Massive thank you to Navin and the Ghurkas Balham, I hope I have done your amazing cuisine justice! 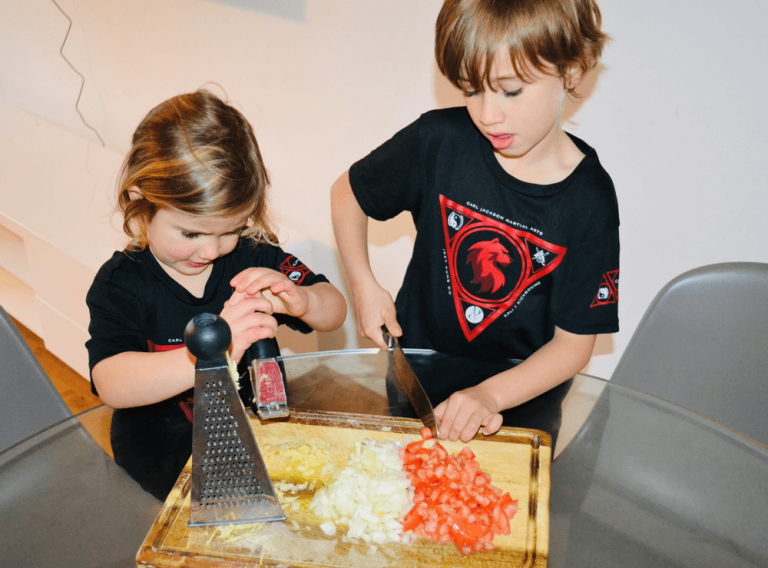 Roasting the tomatoes and garlic 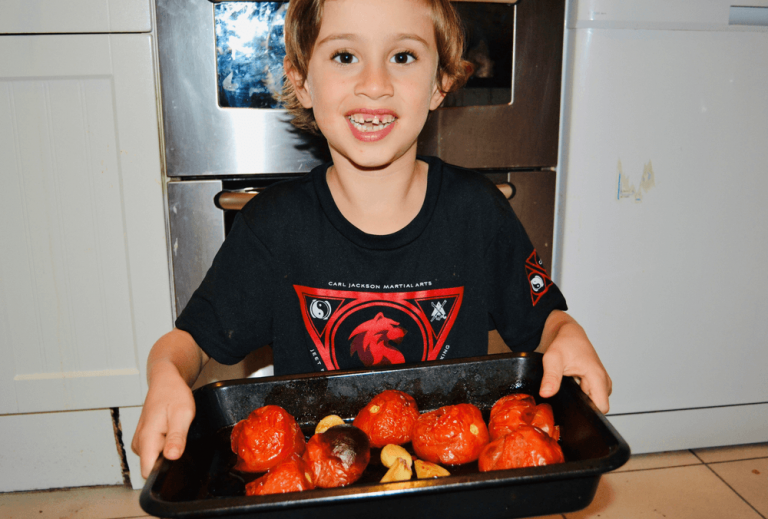 Checking out the curry ingredients 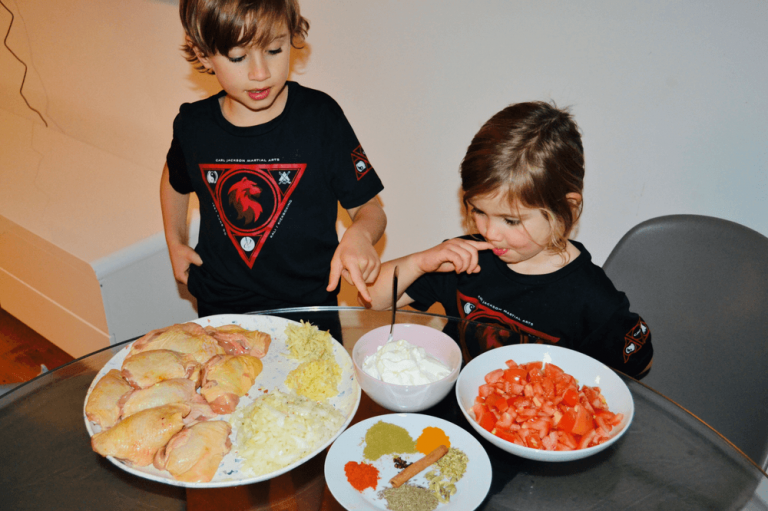 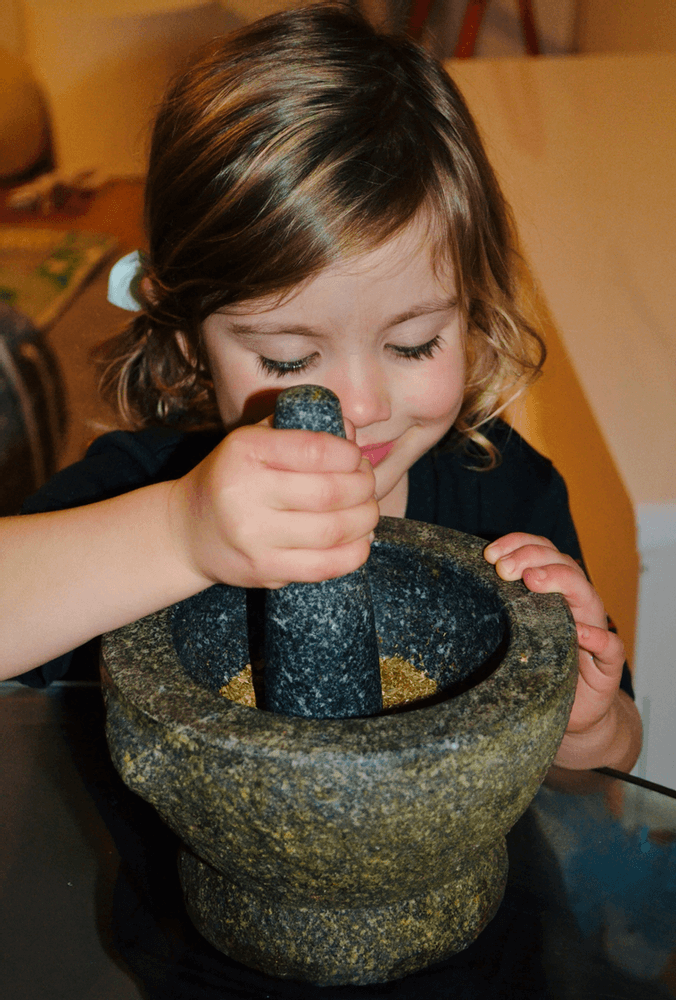 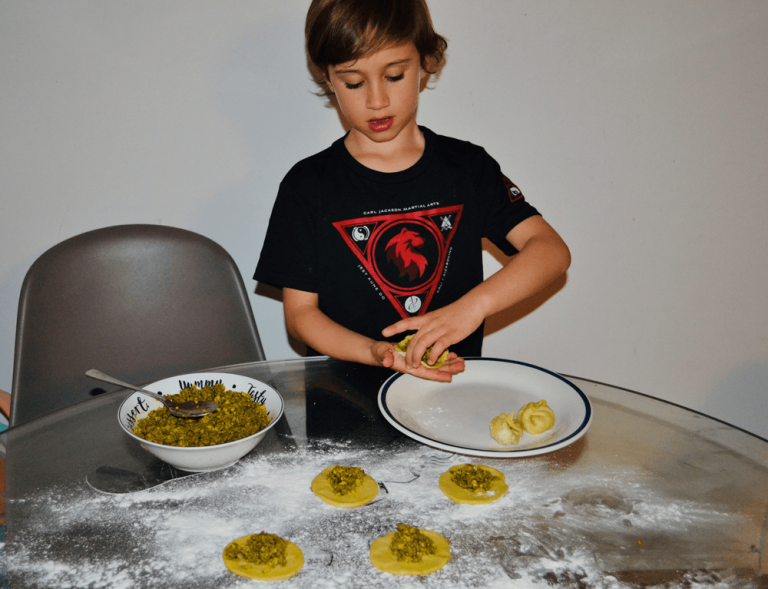 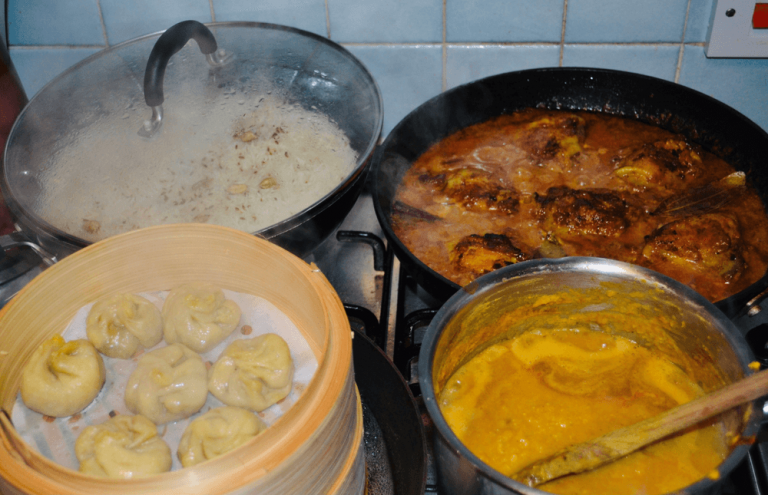 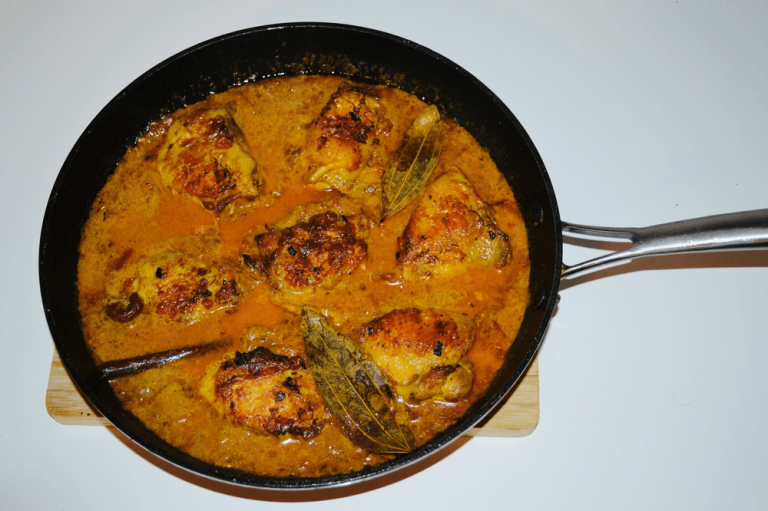 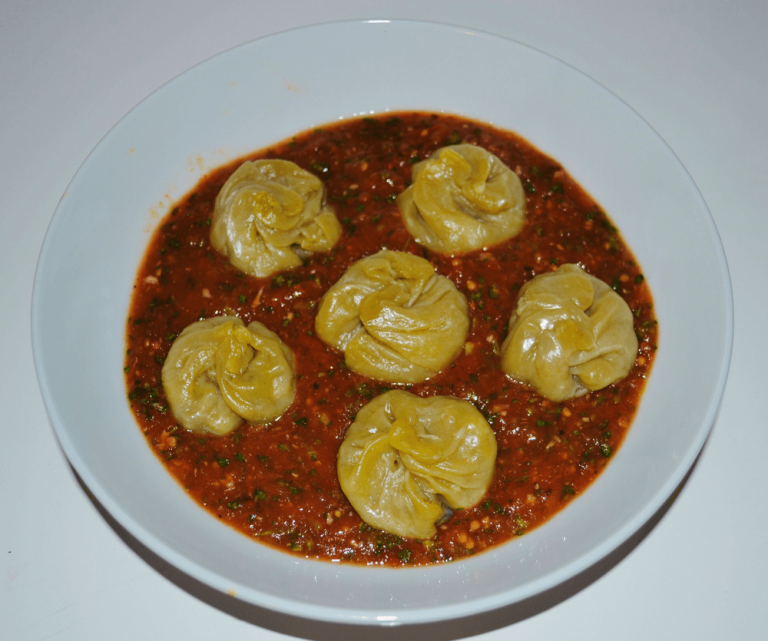 Momos
For the dough

We had some left over wrappers from our Uzbek Manti which worked well… recipe. You can also use ready-made wonton/dumpling wrappers. 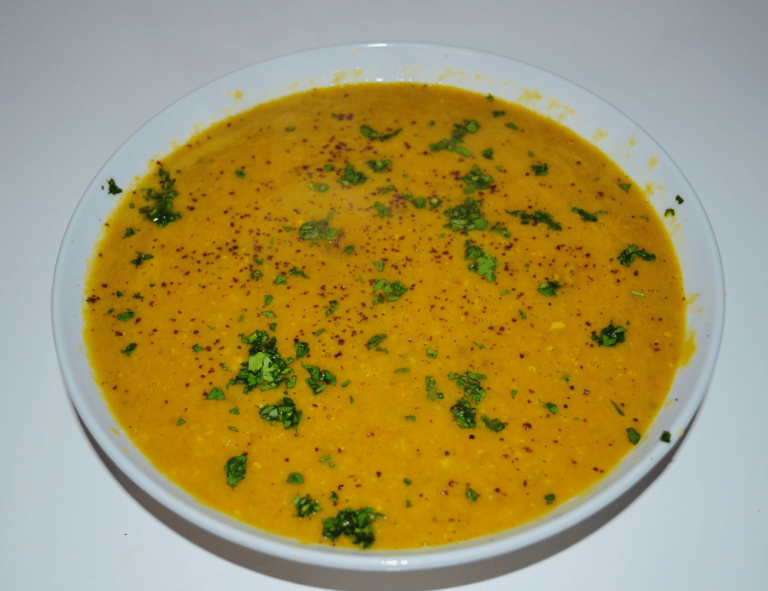 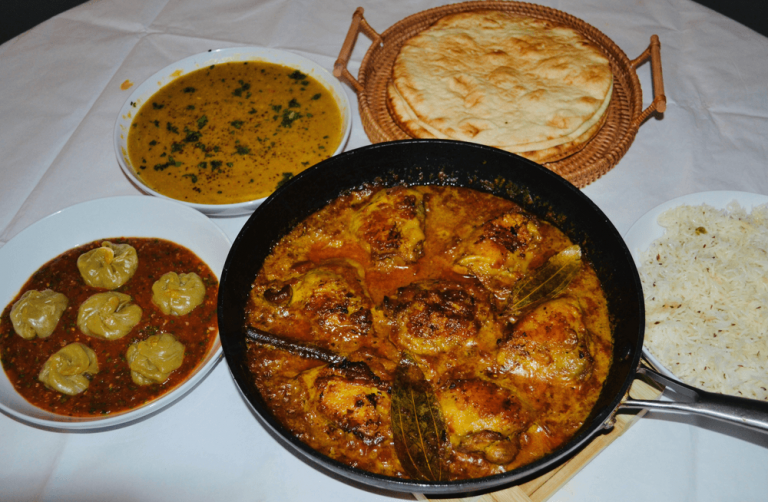 Looking forward to this one! 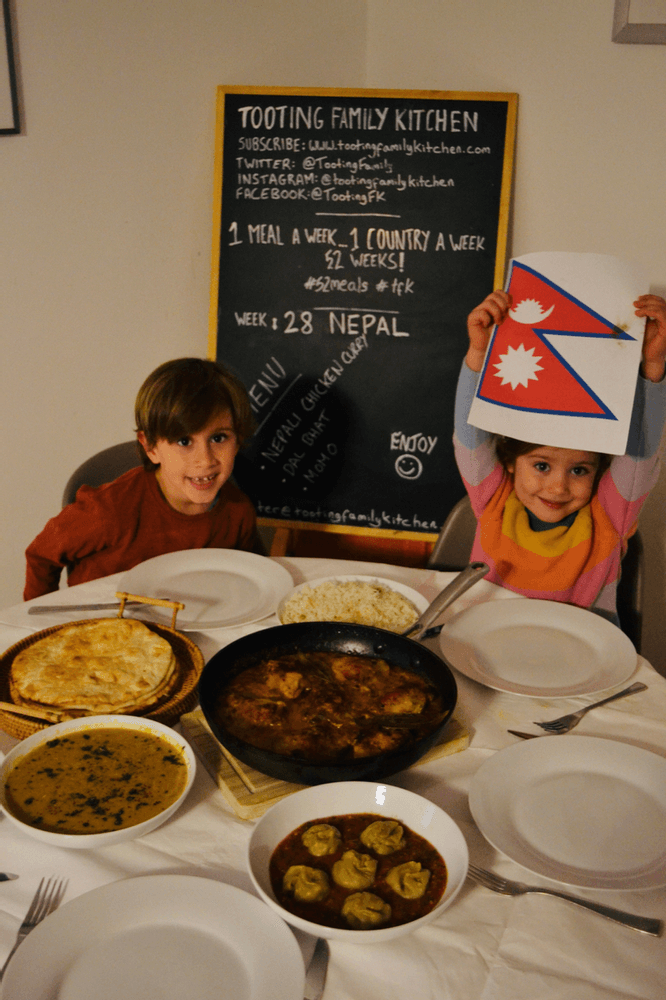 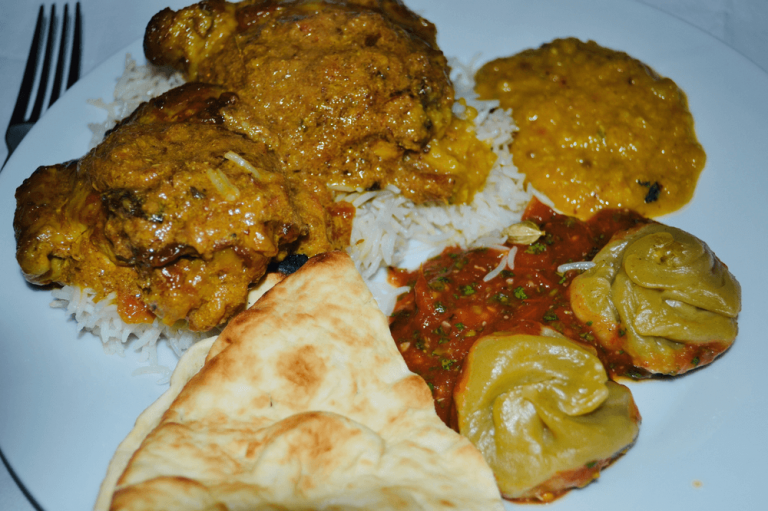 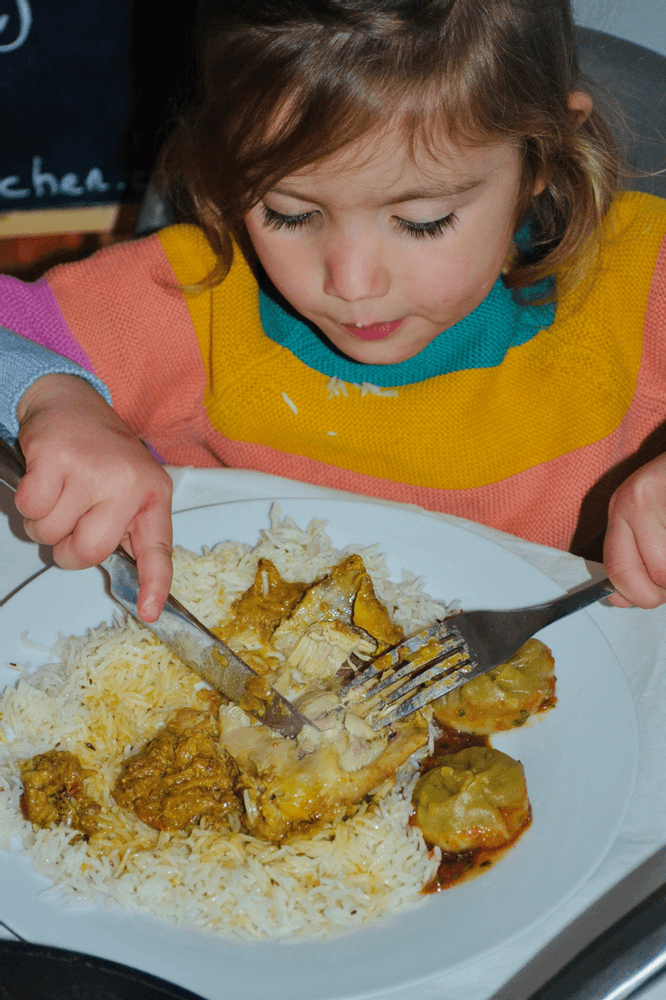 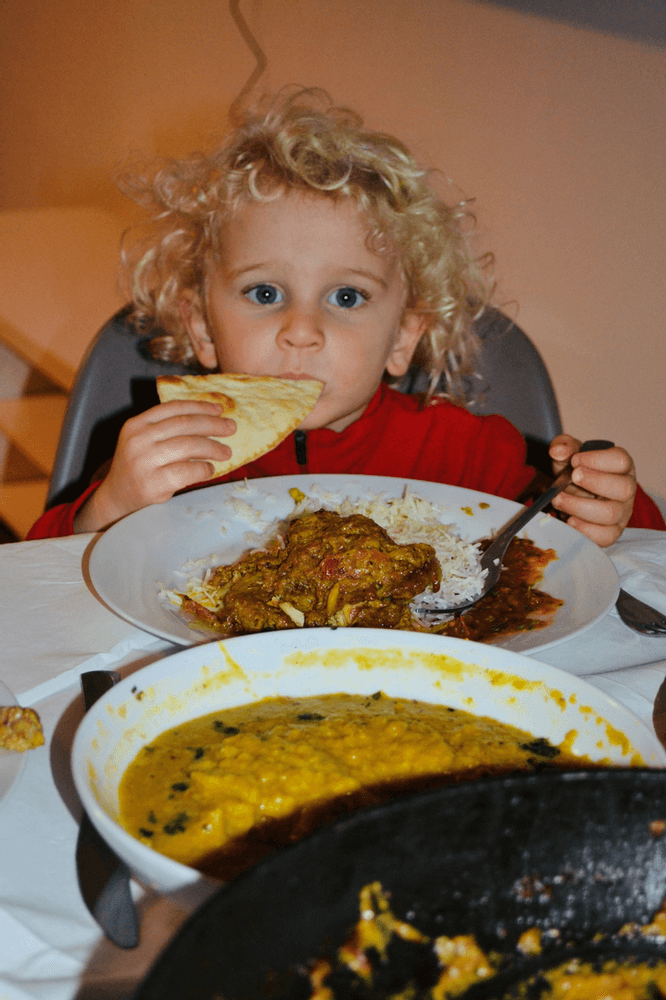 Nepal - that was epic! 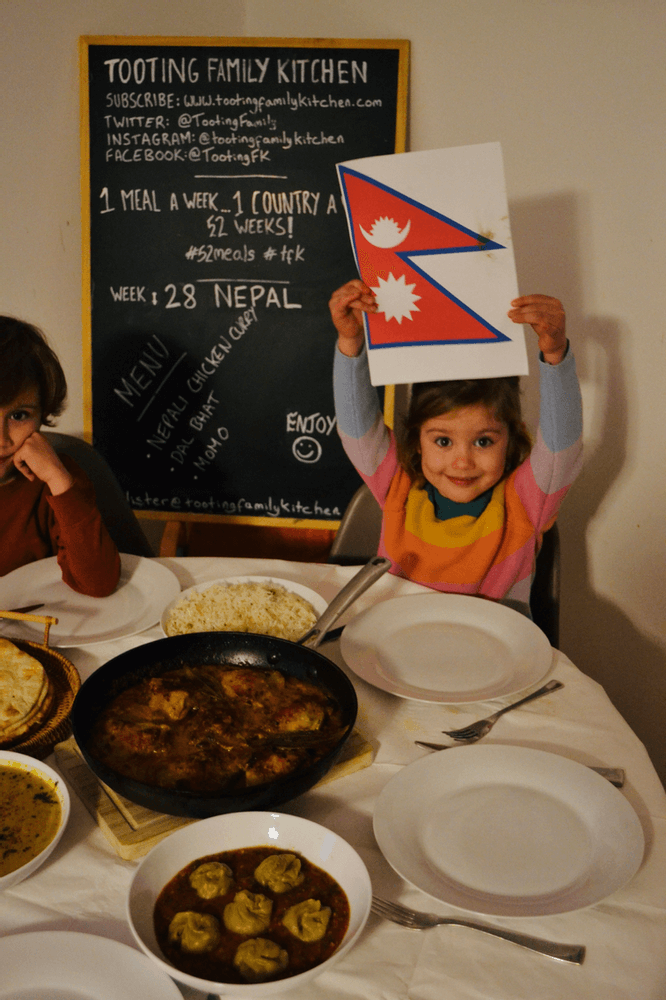 Thank you Nepal, that was epic! Can’t wait to explore more of your cuisine.