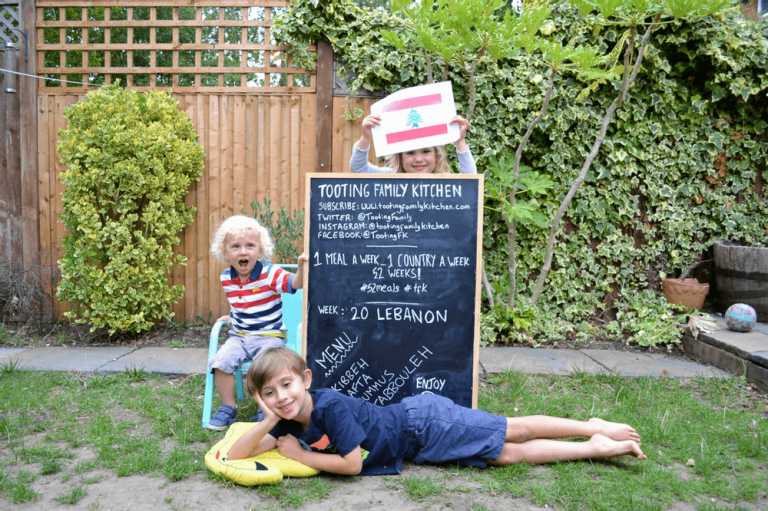 Thank you for joining Tooting Family Kitchen for Week 20 of our 52 Meals Challenge. If you are hitting our blog for the first time, welcome! We are on a culinary journey, exploring different cuisines from around the world to get kids cooking and learn about different International Cuisines and Cultures – celebrating Diversity through Food.

Despite spending around 18 months of my life in the Middle East, with varying amounts of time in Oman, Iraq, Kuwait, Qatar, Israel, Egypt and Cyprus, I have never quite got round to visiting Lebanon. Lebanon is the 2nd smallest country in the Middle East, but despite its size it clearly has a big personality and is never far away from the news (for good or for bad). For many years, its capital Beirut was often referred to as the party capital of the Middle East and perhaps more occasionally as ‘Paris of the East’, reflective of both France’s control of the country from 1920 to 1943 and also the appetite amongst wealthy jetsetters to visit as an alternative to the Cote d’Azur. It’s positioning on the Mediterranean, along with its nightlife, gastronomy, endless incredible ancient sites and its beaches, (specifically Ramlet al-Baida) rivalling any in Europe, have made it an exciting and beautiful place to visit when civil war, hostilities with and within some of its neighbouring countries and of course the recent devastating explosions, have not tragically wreaked havoc on this beautiful part of the world.

Amazingly Lebanon is the 3rd most easy going nation when it comes to bank holidays with an incredible 16 a year! It is a country who’s inhabitants clearly like to indulge and according to the World Health Organisation (as of 2017) Lebanon is the 3rd highest number of smokers per capita in the world, it makes incredible wine (and has been doing so for six millenia) and they make a damn good kebab! Days off, smoking, wine, kebabs…sounds like the happy days of most students in the UK and with this in mind they do well in this regard too – according to Spectator Index of 2018, Lebanon (which has approximately 42 universities) was ranked 4th in the world for Maths and Science and 10th for education overall.

This small country with a big personality is never far away from our high streets in London and around the UK either. Largely due to the fact that there are a reported 4.5 million Lebanese in Lebanon and around 18 Million Lebanese outside Lebanon, but also due to the fact that we just clearly love their food. In relation to this there is absolutely no truth at all in the fact that Tooting Family Kitchen is an elaborate ploy in which to teach my kids how to make a great kebab! No one has suggested it…but if they do…it’s not true…not at all!

Lebanese food, at least what we are familiar with in London, often centres around the mezze, consisting of various salads such as tabbouleh and fattoush; dips such as hummus and baba ghanoush; meat dishes such as kibbeh (widely considered to be their national dish), kafta and shish tawook and of course falafel and nearly always served with bread (often Khubz). A family may have 3 or 4 dishes but larger gatherings and parties can stretch to 20/25. Of course their cuisine is not limited to mezze food and various type of breads, stews and fish dishes are also commonplace.

For me though, Lebanon is a country that has just nailed the incredible creation eaten throughout the world that is ‘the kebab’. I am not giving credit to Lebanon for inventing it, although it’s origins are generally accepted to come from the Middle East and its many variants are popular all over the world, but Lebanon has made it truly accessible for all. Too posh to get kebab? Put some taboulleh on the side and the dish is transformed into something entirely more sophisticated right? On a diet?.. change meat to Falafalel…the calories are the same but it makes you feel better! Dying for a kebab but taking a girl out for a first date…suggest a mezze and make you own at the table…no problem! People will deny it but everyone loves a kebab and the Lebanese know this and have perfected it! What did you have for lunch? “oh I went to a nice little Lebanese place I know” versus “kebab”…Lebanon – we salute you!

We hope we have done Lebanese cuisine justice with our Shish Tawook; Kibbeh, Beef Kafta; Hummus and Taboulleh! We certainly loved eating it! 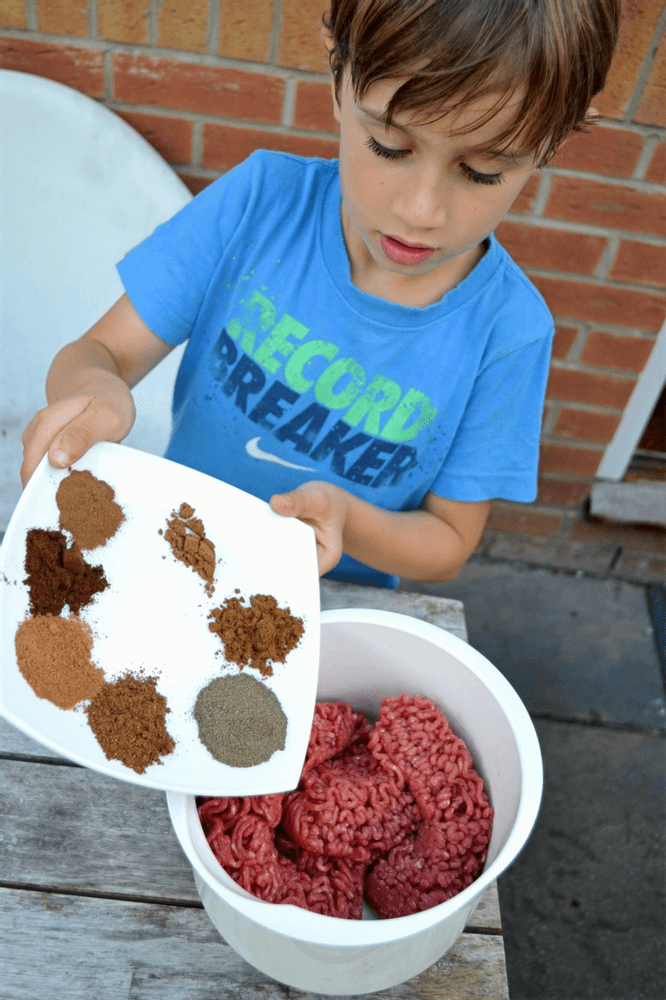 Let's get the hands dirty 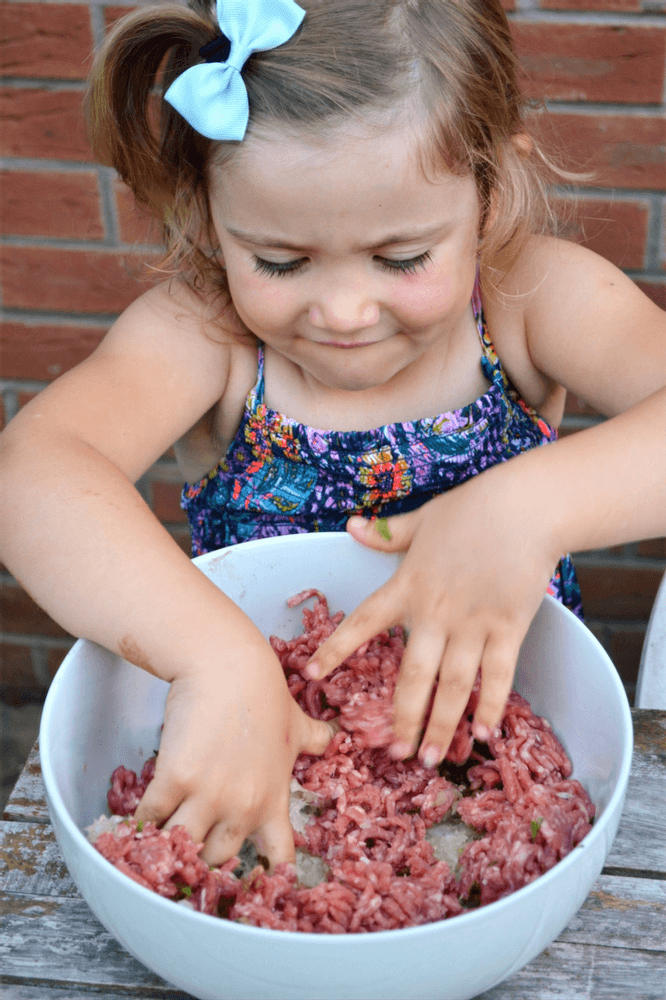 Not their first kebabs! 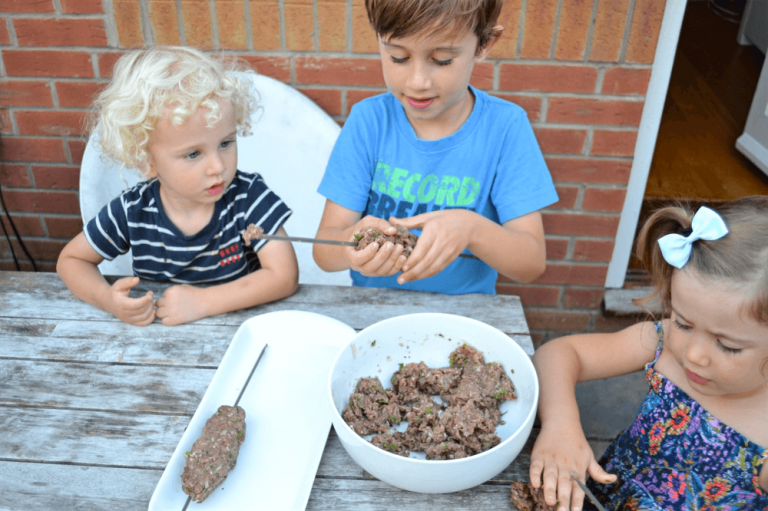 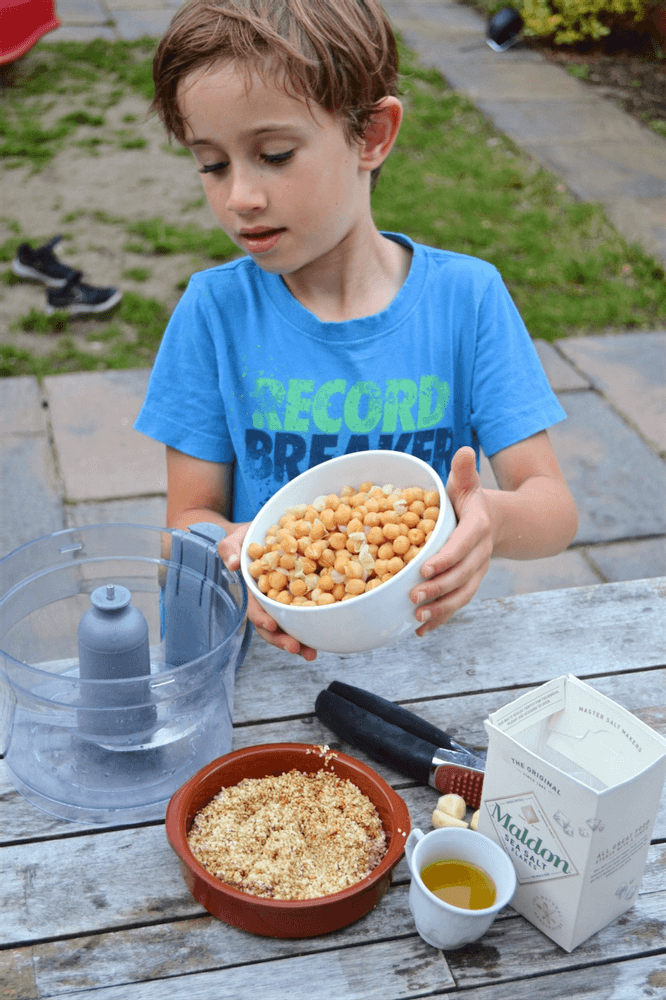 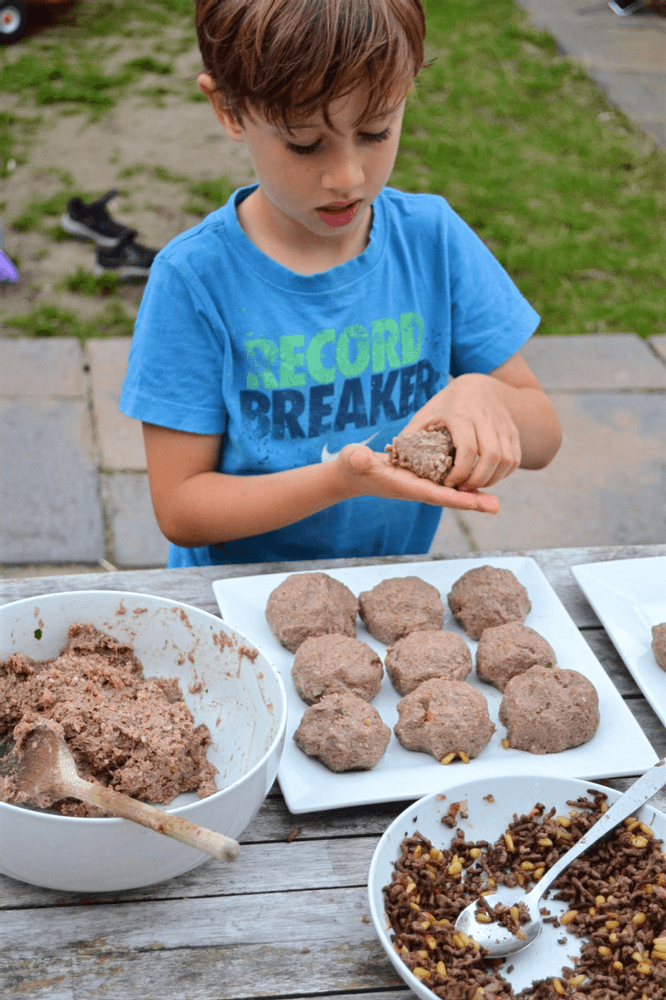 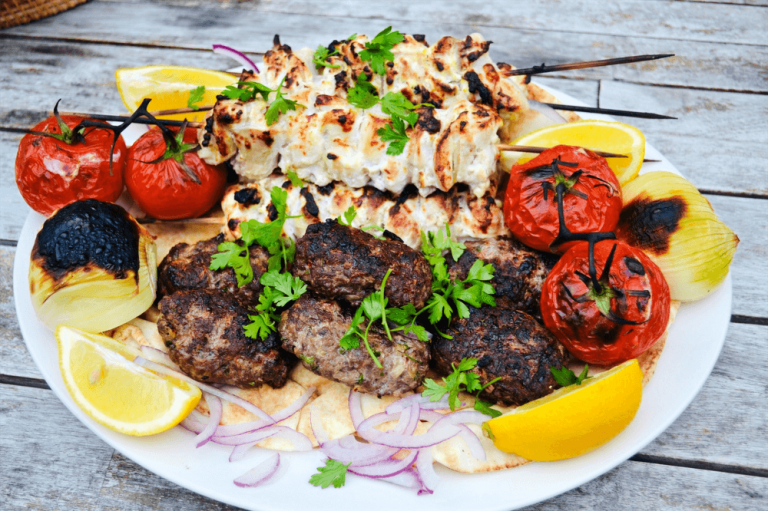 In a large bowl combine the beef, onion, parsley and spices well and mould onto skewers (should make about 8 good size Kaftas). Cook over hot coals or under a hot grill for approx. 5 mins each side. 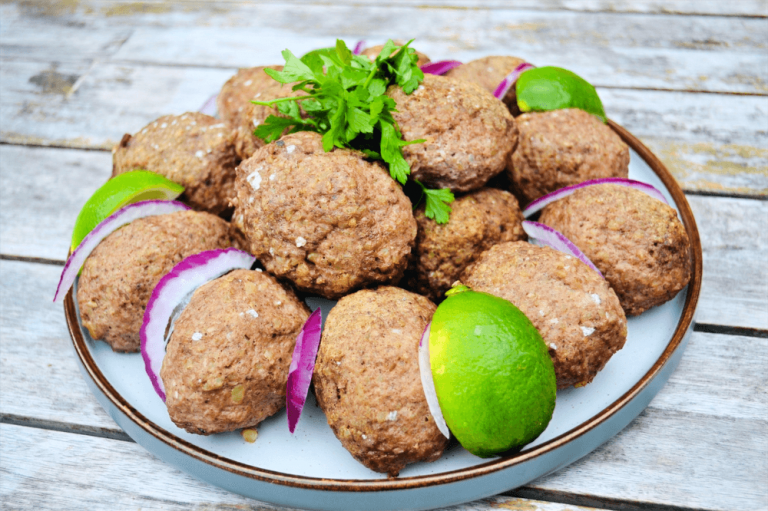 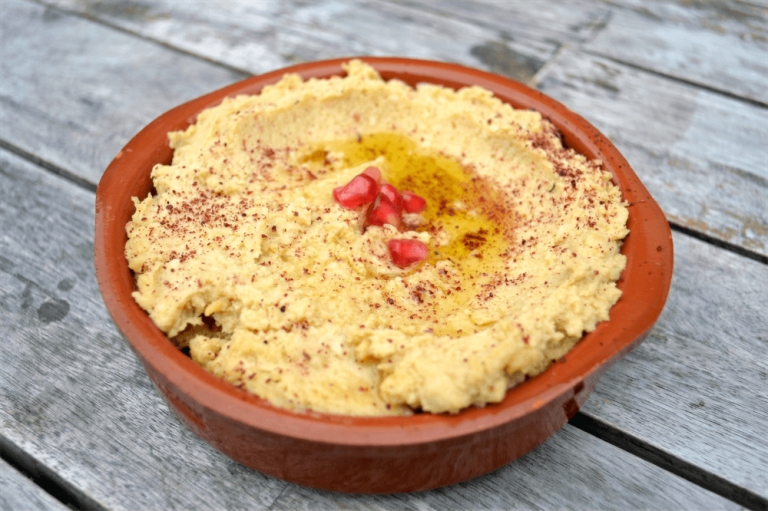 2 tins of chickpeas
2 cloves of garlic, minced
½ cup of Tahini paste (we made our own from toasted sesame seeds)
One lemon, juiced
1 tsp of sea salt
Olive oil 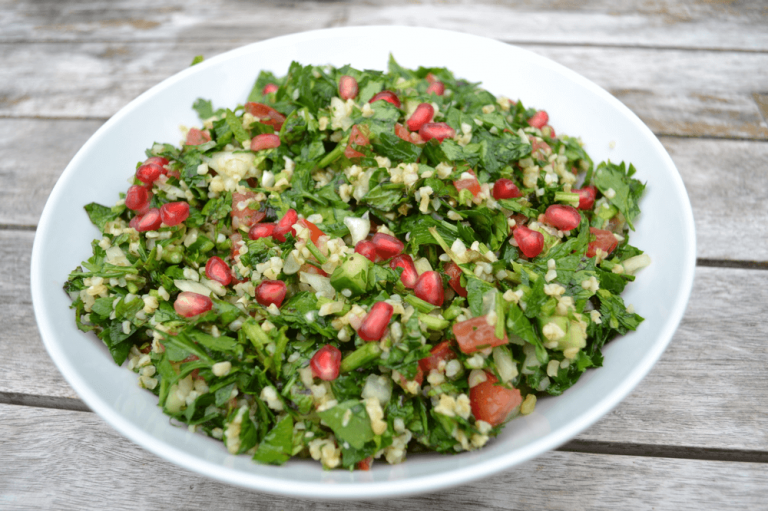 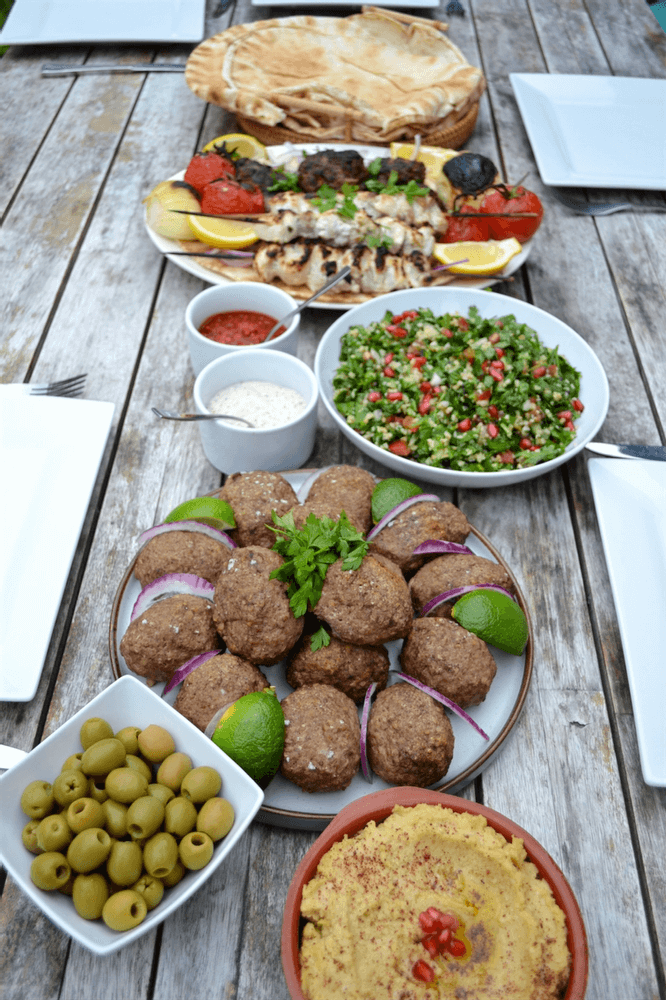 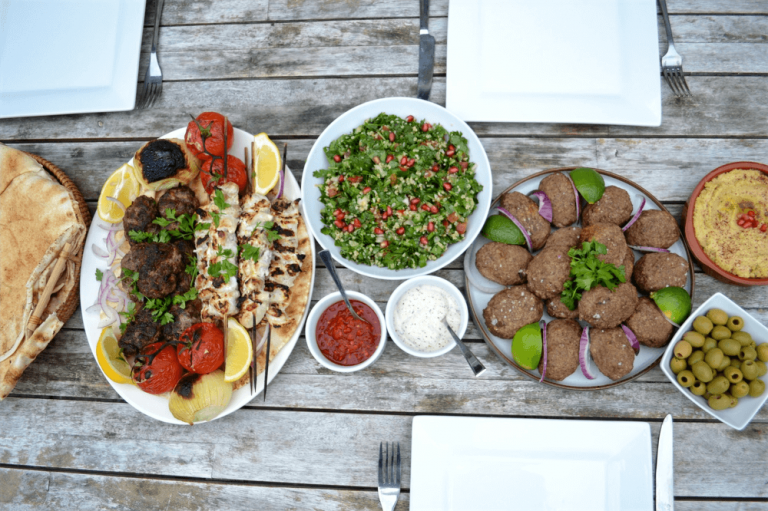 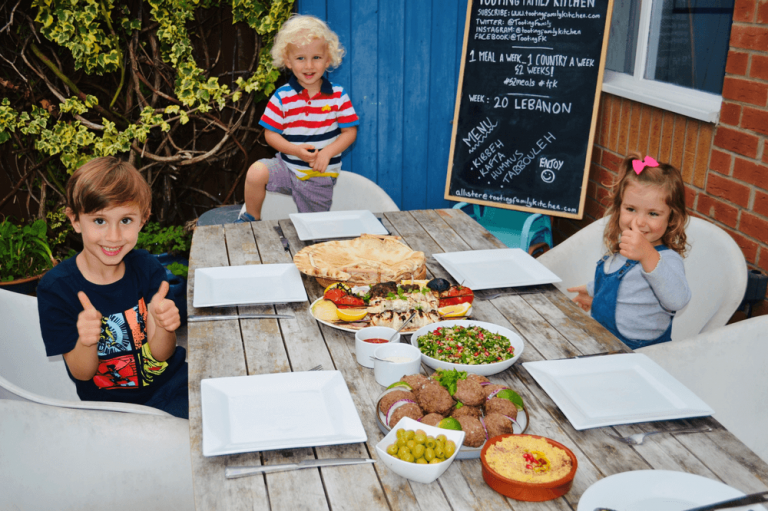 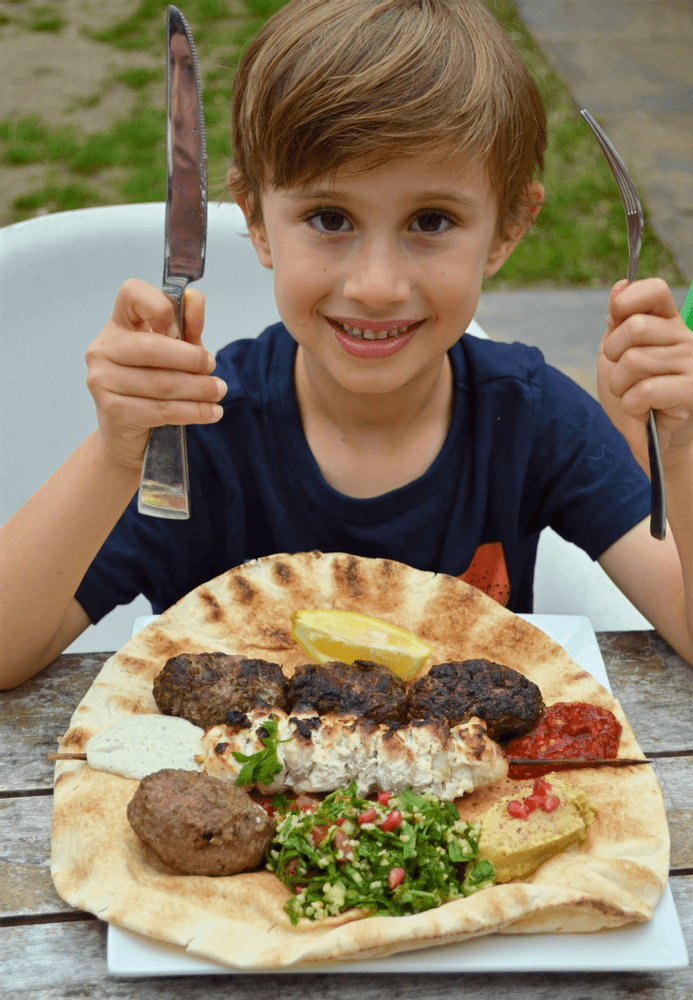 The Shish Tawook going down well! 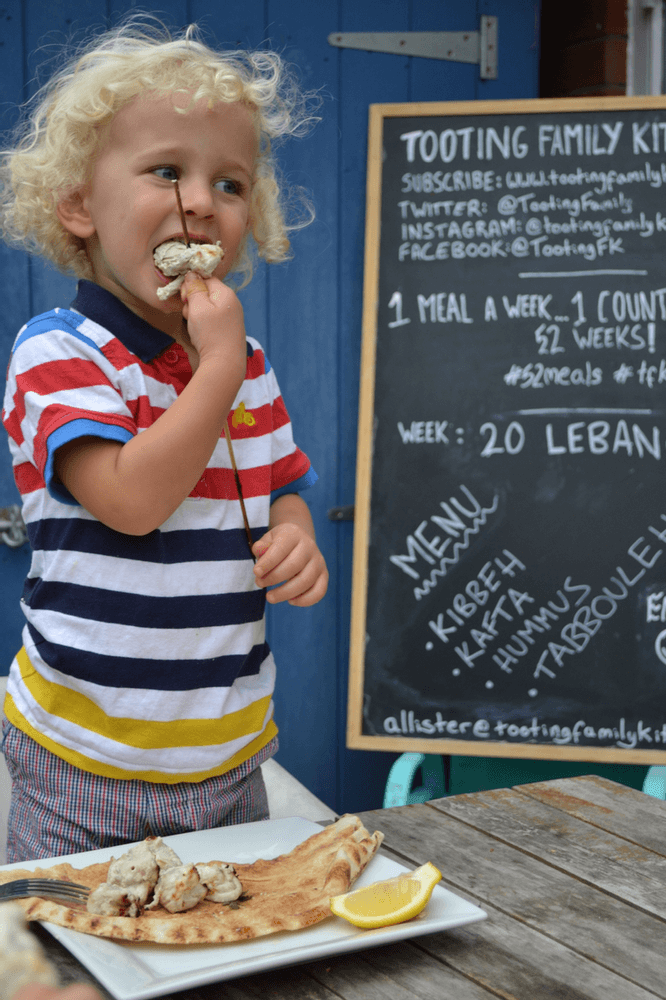 Lebanon - that was epic! 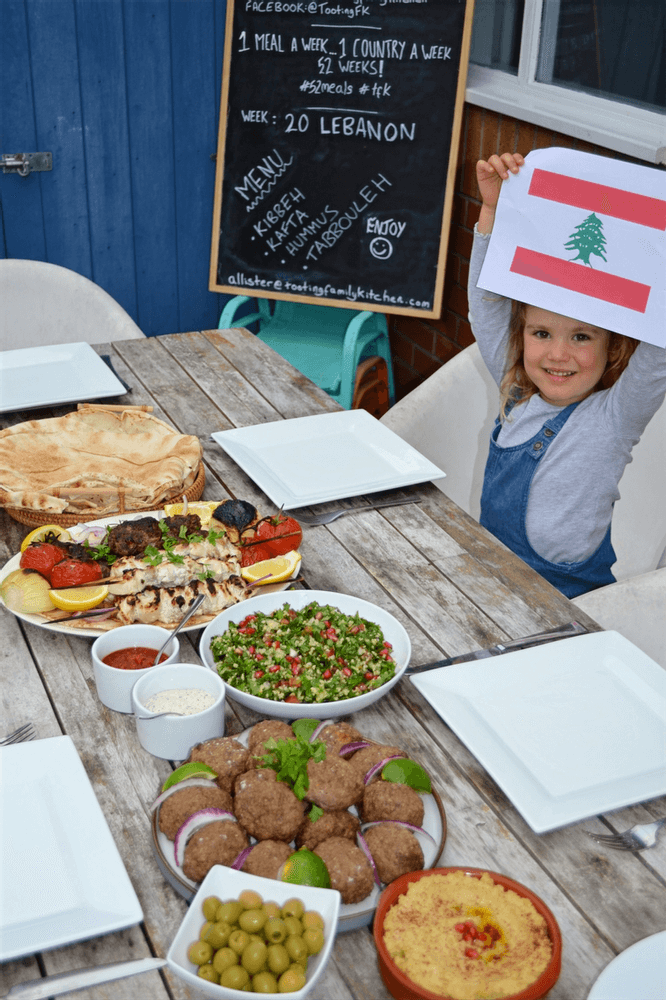 Thank you Lebanon, that was epic! Can’t wait to explore more of your cuisine.