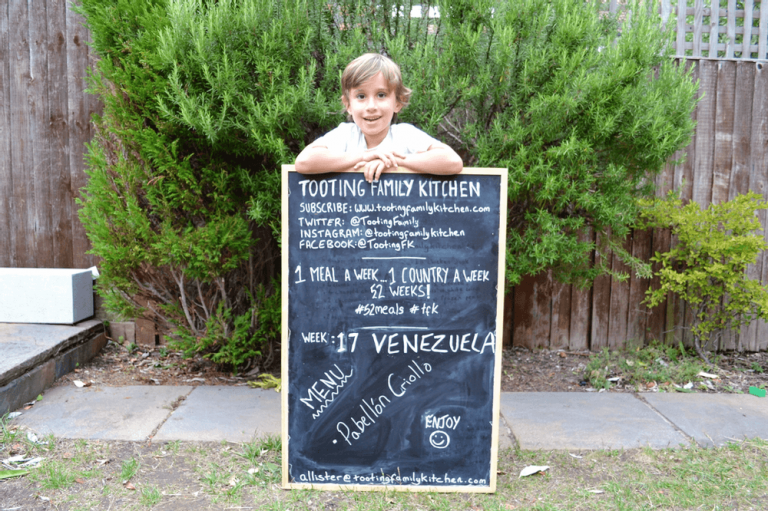 Thank you for joining Tooting Family Kitchen for Week 17 of our 52 Meals Challenge. If you are hitting our blog for the first time, welcome! We are on a culinary journey, exploring different cuisines from around the world to get kids cooking and learn about different International Cuisines and Cultures – celebrating Diversity through Food.

This week we continue our journey of South American food after our visits to Chile and Argentina to explore Venezuelan cuisine. I have been looking forward to cooking Venezuelan food and although I have not been to the country, I am a fairly regular eater of their national dish, Pabellón criollo, at a little Venezuelan café (The Kitchen of Venezuela) close to my office in Streatham, South West London. We also have local friends, Jorge and Glenda, who are from Mexico and Venezuela respectively, and we have been fortunate enough to have tasted Glenda’s amazing Venezuelan home cooking and to get some top tips for our Venezuelan themed family feast today.

It’s impossible to bring up Venezuela without acknowledging the terrible spiral of economic decline that has been taking place over the last 7 years or so and the associated political discontent. Since my eldest (6 year old) son was born the country has experienced a staggering hyperinflation of 1,000,000% and as of 2019 a UN report suggested that 94% of the country was living in poverty – this is a country that in 1950 was the 4th richest in the world per capita. The fact that they have such vast supplies of natural recourses matters little to a population that struggles to purchase basic food supplies and medicine and even getting power to homes is far from reliable. The result of this is that approx. 5 million Venezuelans are registered between refugees and migrants in what the Organization of American States (OAS) and UNHCR has classified as one of the largest emigrations in the history of the Western hemisphere…puts things into perspective when struggling to get the preferred Waitrose delivery slot!

I hope and am sure that Venezuela will bounce back though! Venezuelan’s are often described as passionate, warm, welcoming and open with a strong sense of fairness/equality and certainly from my experience this has been the case…they are clearly tough and resilient. Their country has the largest proven oil reserves in the world and it is is a country that has stunning natural beauty including an everlasting lighting storm (seriously!) and the worlds highest waterfall. This beauty is looked after and 53.9% of its territory is designated as protected, more than any other nation. Even the worlds largest species of rodent is given a good home! It is one of just 17 nations that is considered ‘megadiverse’ and if all of this isn’t enough, they have more Miss World winners than any other nation and on Christmas Day it is a tradition in the capital Caracas, to go to church on Roller Skates!! Resilience, values, natural wealth, beauty and sense of fun is a pretty good combination!

If there is a positive to be taken from the situation that Venezuela is in, it is the spread of their cuisine to become a mainstream fixture of the London food scene (as well as many other cities), in particular with the arrival of the Venezuelan Arepa. Arepas are delicious corn patties that are popular in both Colombia and Venezuela (the origin is disputed) and can contain various fillings. Glenda tells me that growing up in Venezuela these were commonly eaten for breakfast but were also served as an accompaniment for lunch or even as a night time snack, perhaps as our equivalent of the kebab. So popular are these becoming that imports for Harina PAN maize flour, from which they can be made, have nearly quadrupled.

Arepas, along with their national dish, Pabellón criollo (Venezuelan steak with black beans), are the dishes most representative of Venezuela, Glenda tells me, and the elements that bring it all together are staples of Venezuelan households that are eaten every day in some shape of form. The rice and beans in Pabellón criollo, is essentially Venezuela’s version of the ‘rice and beans’ that are synonymous to much of the Caribbean and Latin America. To Glenda this is one of the great things about the cuisine, it brings them so close to their neighbour’s culturally, but they retain their own way of putting these humble ingredients together. With this in mind I would like to throw England into these ‘neighbours’ as no Venezuelan kitchen is without what they refer to as ‘English Sauce’ and is our very own ‘Worcestershire sauce’, which is used in our recipe shortly.

Of course there is more to Venezuelan food than Arepas and Pabellón criollo and the cuisine is hugely diverse from one region to the next and heavily influenced from indigenous cultures as well as European and West African traditions. As one would expect the cuisines of the coastal areas have an abundance of fish and shellfish whereas high up in the beautiful Andes mountains the food would be different altogether, with perhaps more cured meats and freshwater fish from the lakes and streams.

This will be the next chapter in the UKs Venezuelan food journey and I for one am really looking forward to it! 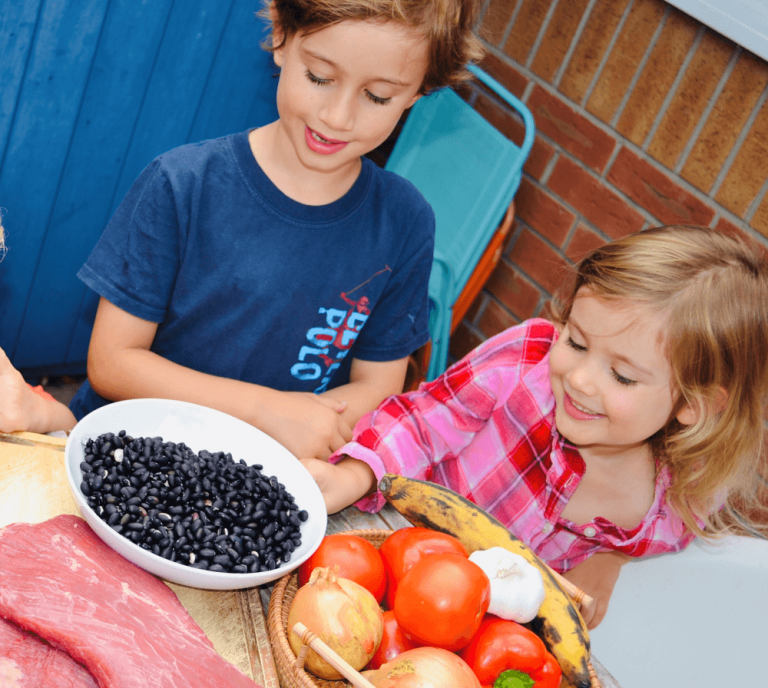 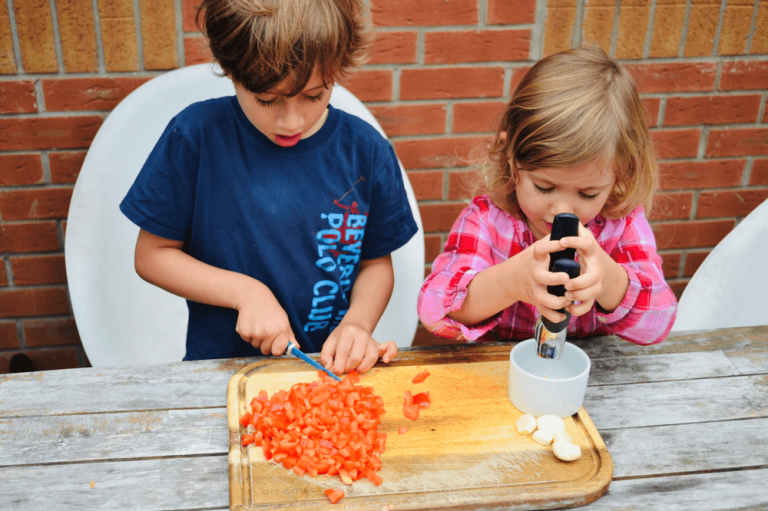 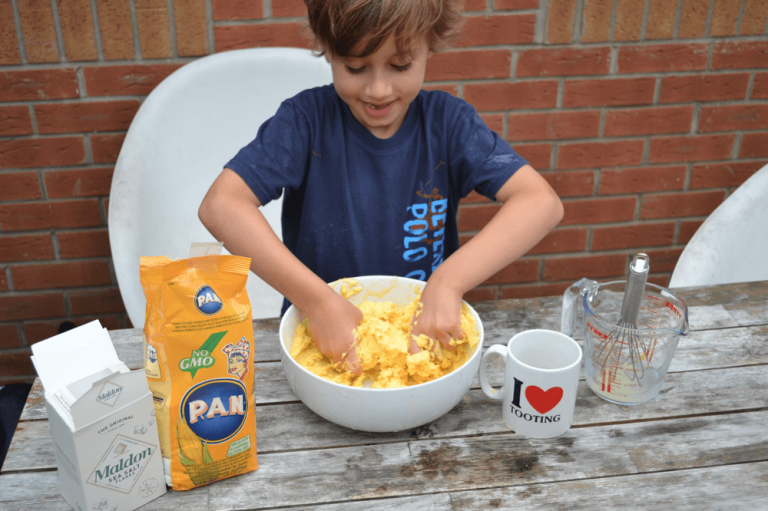 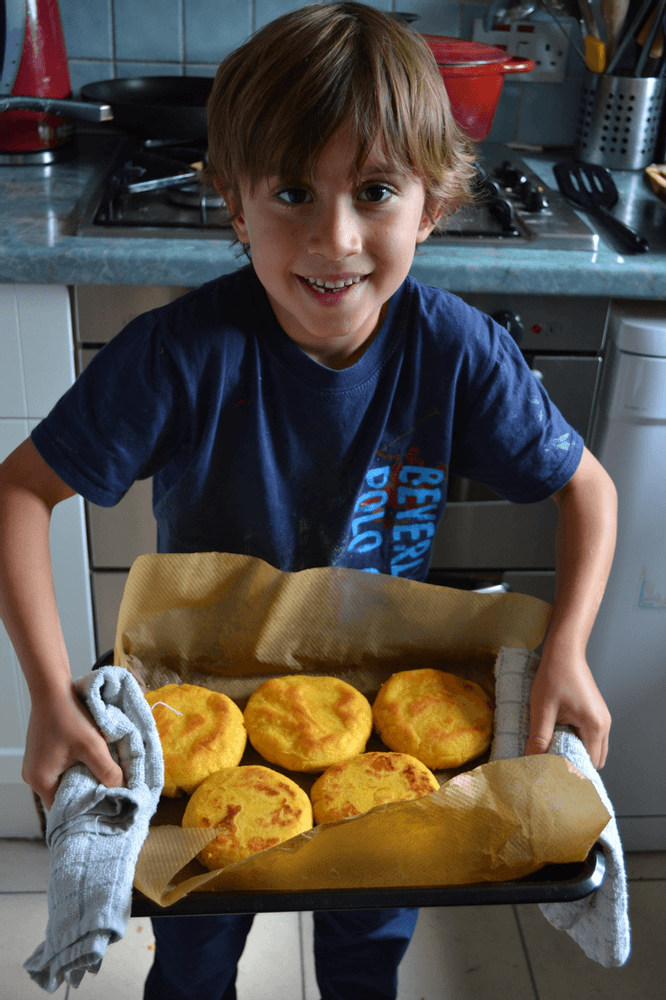 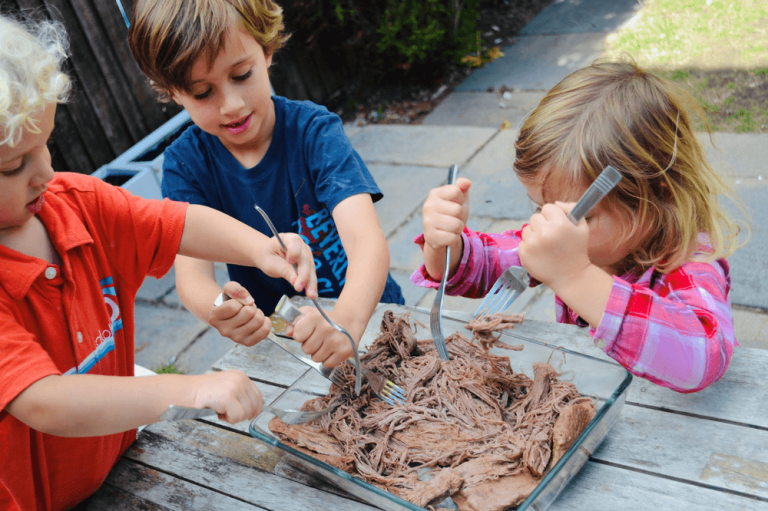 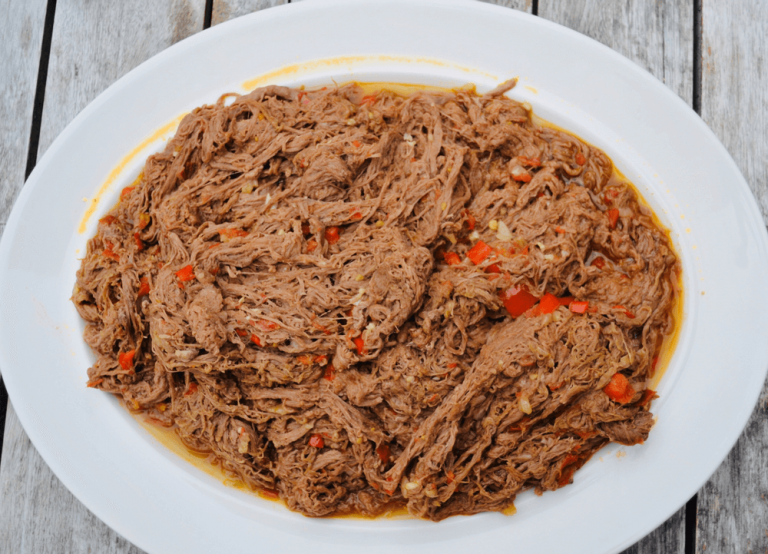 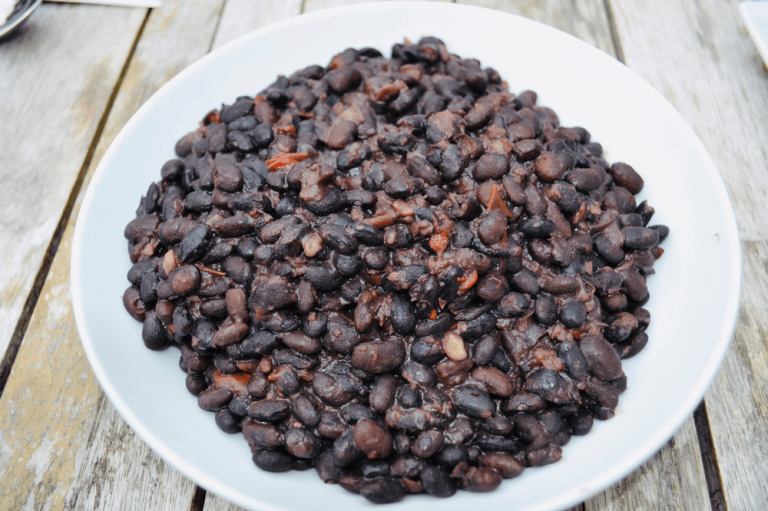 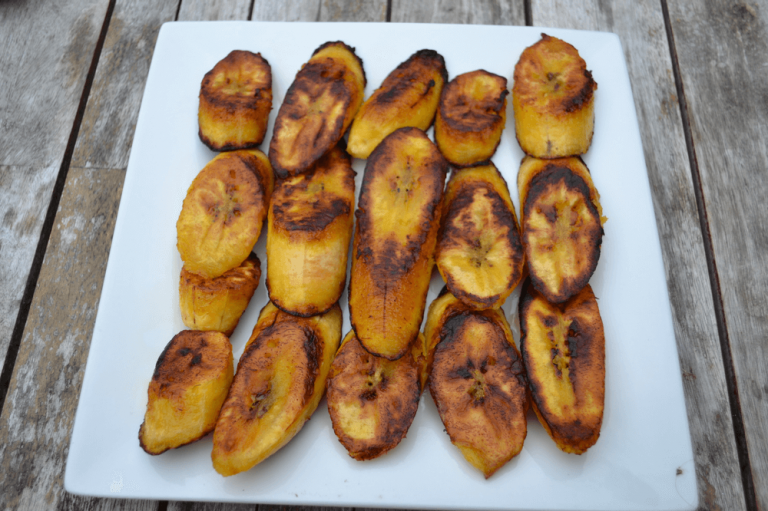 Plantain is widely eaten in Venezuela and can be cooked in many ways. For this dish they are simply peeled and fried for 2 or 3 mins each side in olive oil…can use butter of course! 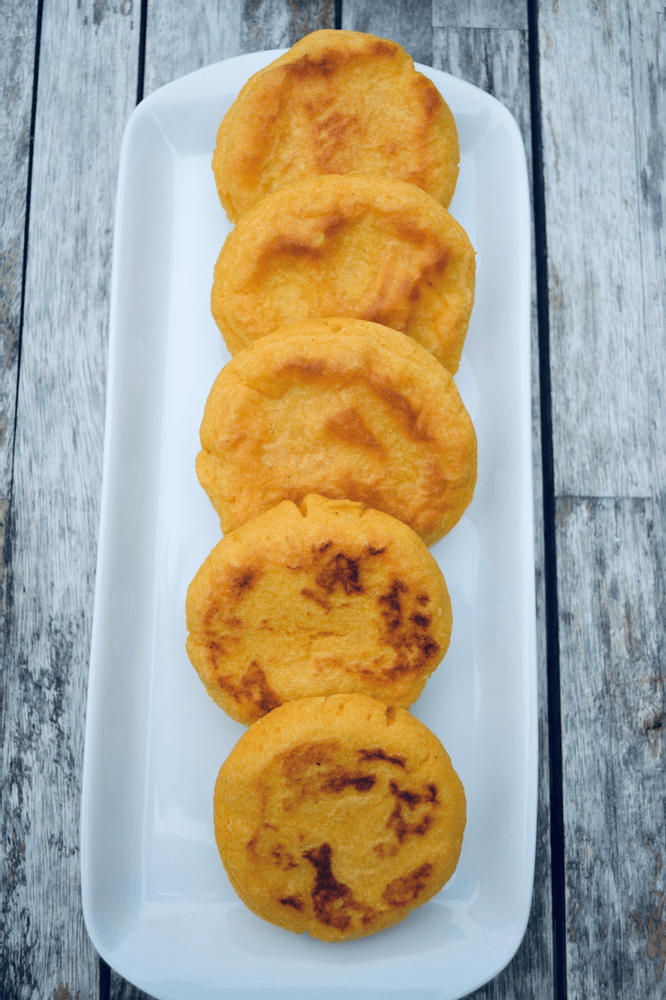 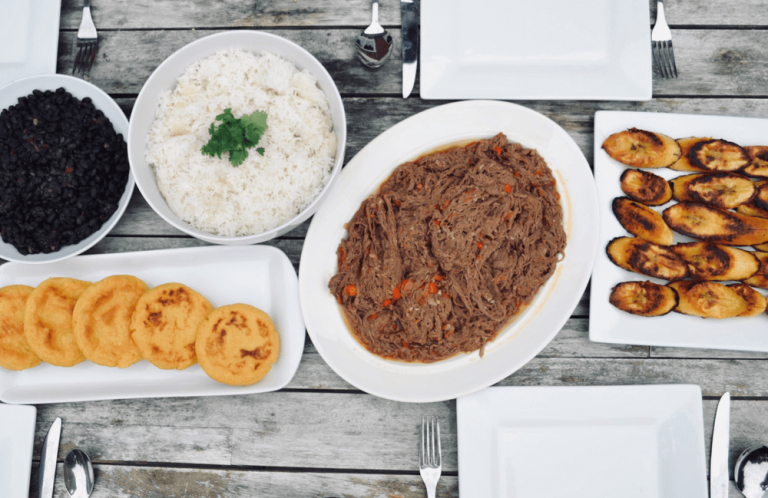 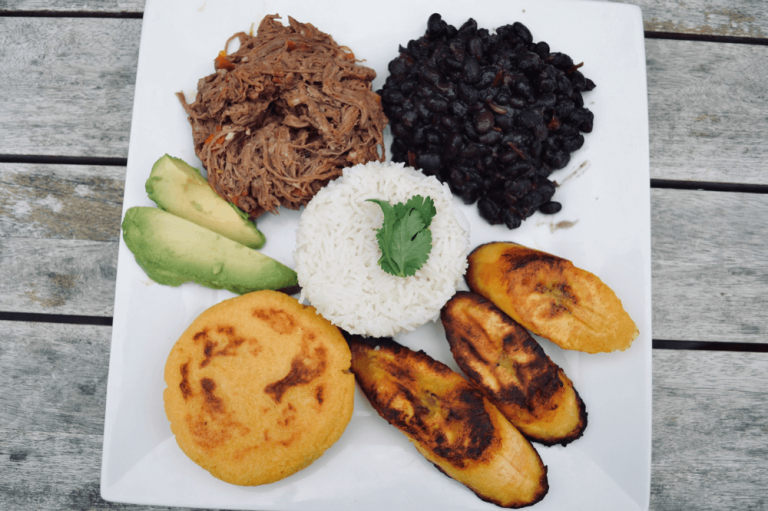 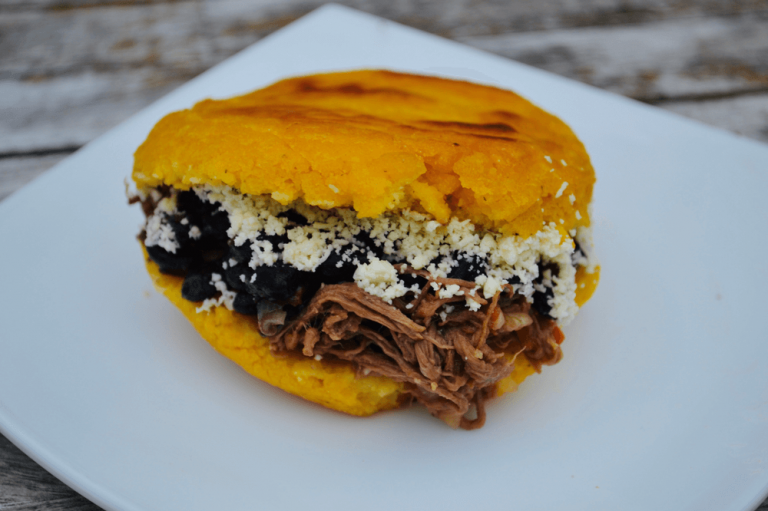 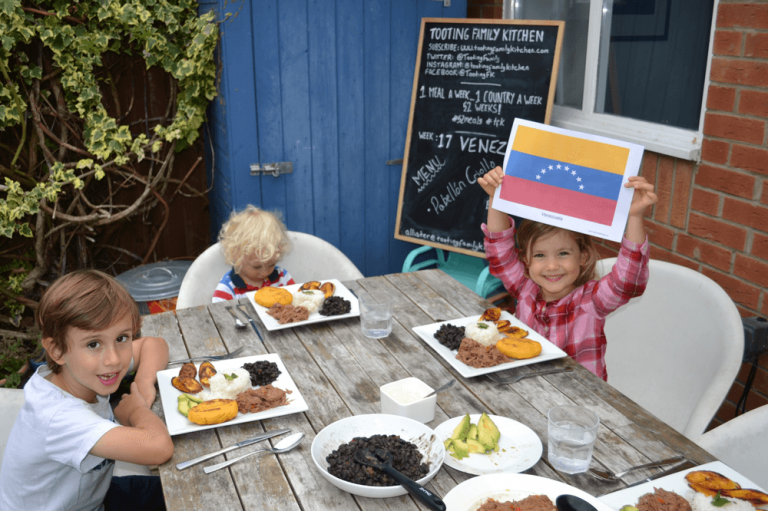 He was so excited for this one! 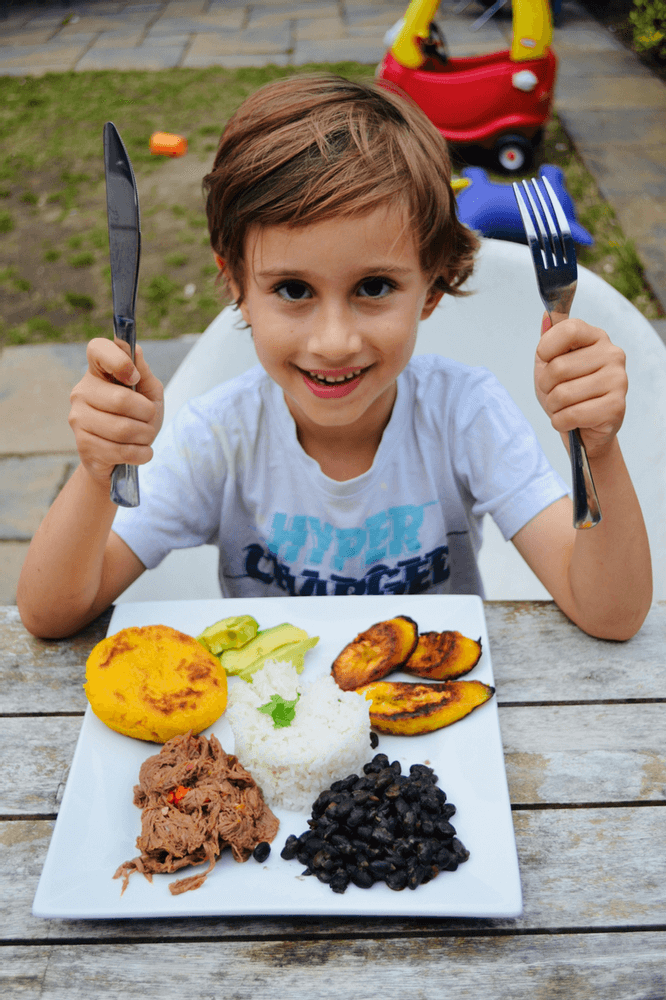 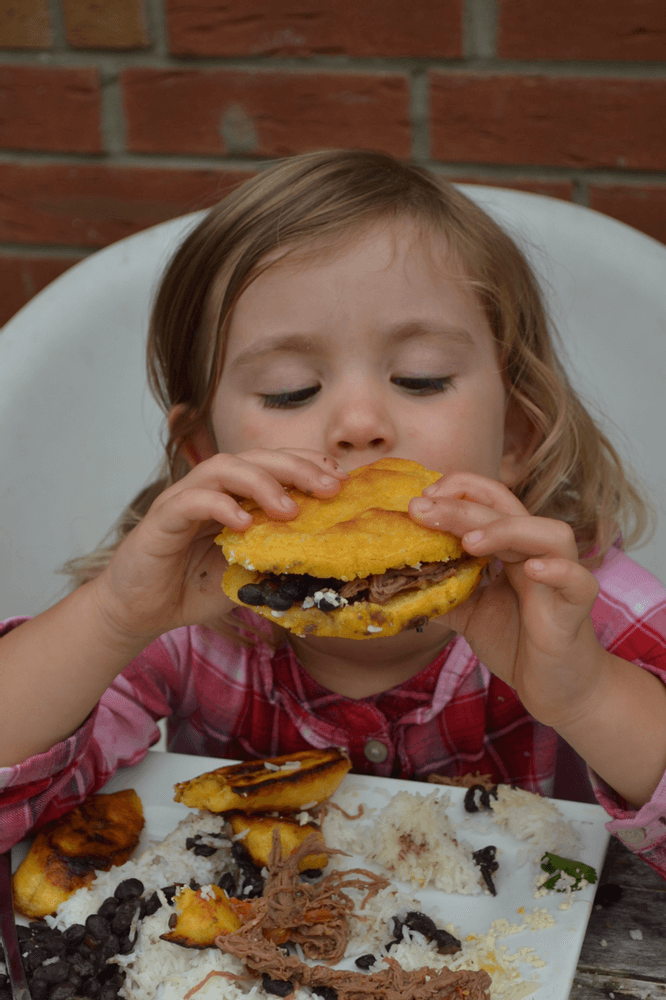 Joe cautiously approaching the arepa...we got there 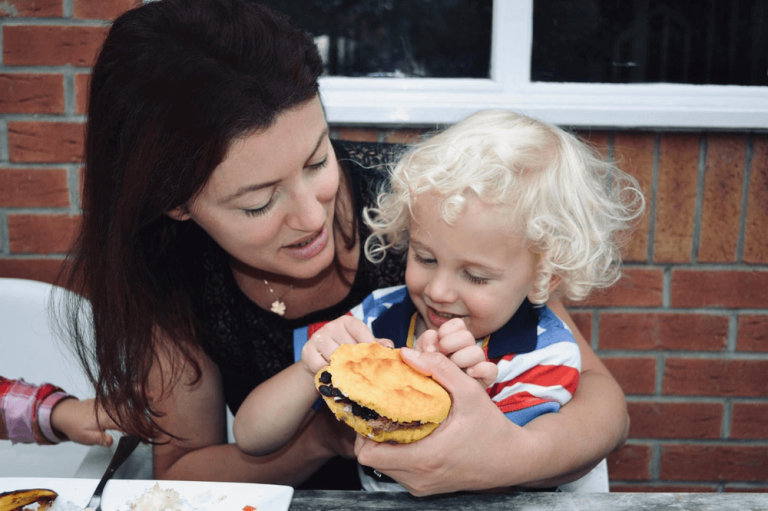 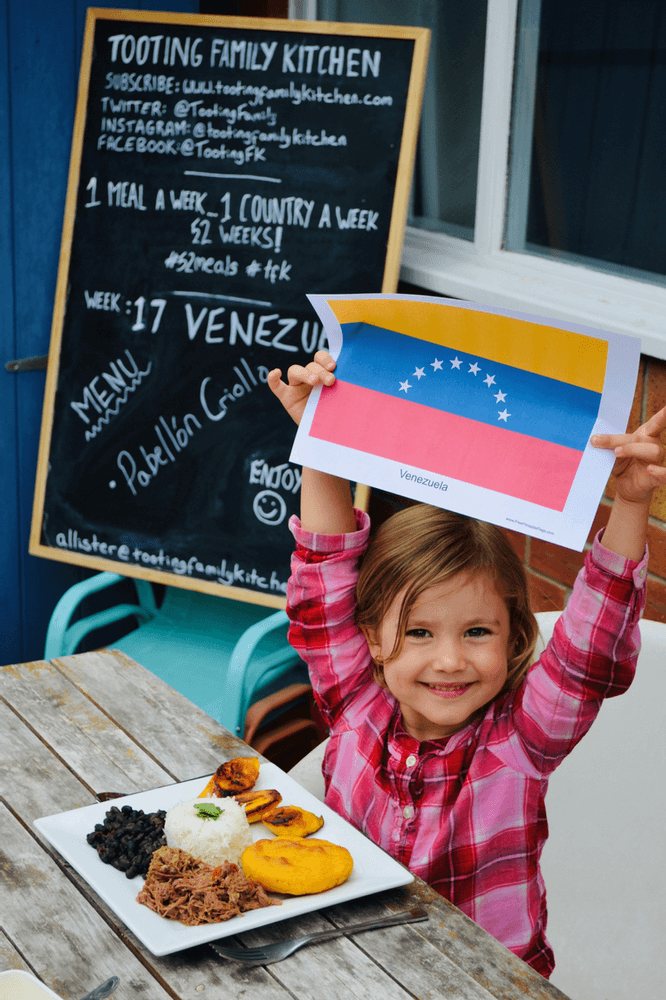 Thank you Venezuela, that was epic! So pleased that your cuisine is becoming a big hit in the London food scene and I look forward to seeing the next phase when some fantastic Venezuelan regional dishes start hitting our shores.