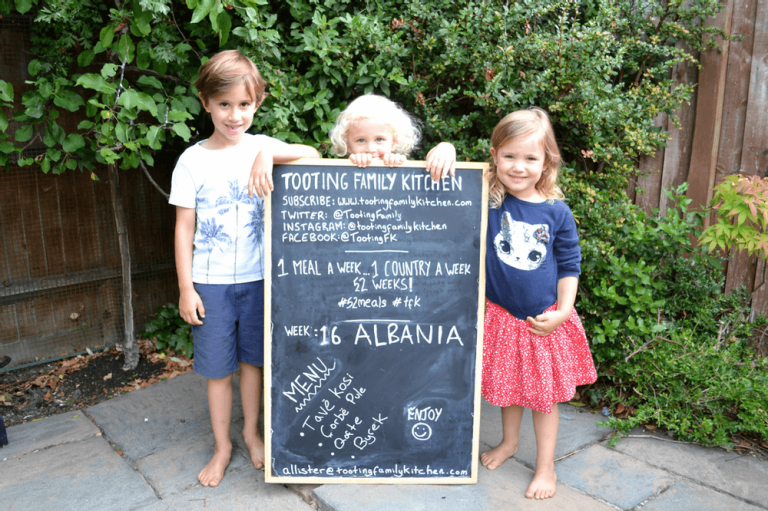 Thank you for joining Tooting Family Kitchen for Week 16 of our 52 Meals Challenge. If you are hitting our blog for the first time, welcome! We are on a culinary journey, exploring different cuisines from around the world to get kids cooking and learn about different International Cuisines and Cultures – celebrating Diversity through Food.

Albania is a very special destination for us as it is the birthplace of my wife Esmeralda, and where she spent half of her life growing up until she came to London to study all those years ago. I have had the pleasure of visiting Albania many times over the years and experiencing Albanian hospitality first hand, mostly through my wonderful parents-in-law and my good friend, brother-in-law and ex-flat mate, Miri. Unfortunately this year has been a tremendously sad year for us as my father-in-law Martin, unexpectedly passed away. I would like to dedicate this weeks post to him and remember him for all the hospitality and great Albanian food he has shared with me over the years, side by side with his loving wife, my mother-in-law Leze.

Martin was a great man of the ‘old school’, who lived through tough communist times and worked hard as a geologist to create a good life for his family, sending all 5 of his children to university in London. I never saw him complain, I never saw him do anything dishonest and I never saw him lose his temper and by UK standards there can be a lot to complain about in Albania. He would help anyone and was loved by many, forming a connection with so many people he met, even briefly and with language barriers…he was just impossible to dislike and his calm, humble, honest and respectful persona resonated with many. He was a man of very rare values that many of us aspire to be more like in our day to day lives (especially when things get stressful) and he will be missed tremendously, but we know that he left us with a full heart and with many, wonderful memories.

Martin Gecaj
A proud man on the proudest of days 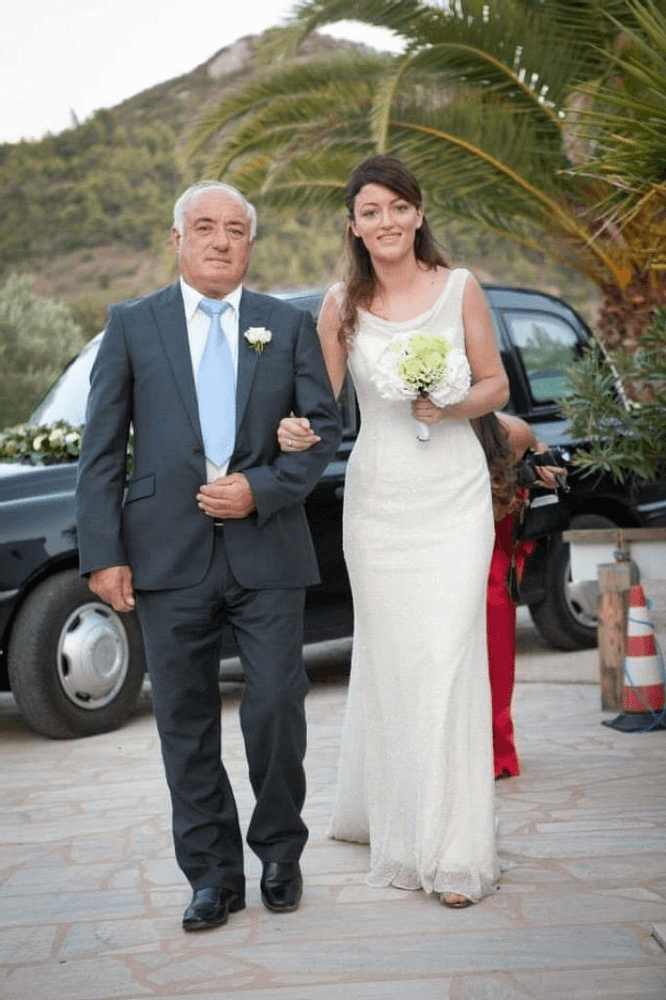 My first experience of Albania was at the age of 8 or 9. My parents, brother and I were on a long camping trip around Europe (which has influenced some of our other European meals) and had driven across, around and through France, Spain, Portugal, Italy and Yugoslavia, as it was known then, on our way to Greece before arriving at the Albanian border. The atmosphere generally across the Balkans was very tense at the time, although we had no idea of the horrors that were about to be unleashed. Similarly there was an edgy feel at the border, but I think the general concept of coming from England and staring into the ‘unknown’ that was this small, mysterious, communist country, beyond the barbed wire and stony faced armed guards, looking at us and our number plates suspiciously, added to the drama. I never thought in a million years that my future wife was playing the other side of that barbed wire and that I would become part of such a warm family sitting across that border a few hundred miles away.

When I speak to Esmeralda about her childhood during communist times she has positive things to say and she’s not a communist (I’m fairly convinced of this)! They played outside, they had fun, the neighbourhood kids came together and they created happy memories. Life was simple and healthy and in many ways what we and many of our friends wish for our kids today, but what is so hard to achieve in modern society. The simple lifestyle is reflective in their cuisine and often their eating habits. It would always make me laugh when Esmeralda and her sisters would get together in the early days of our relationship and in situations where you may expect someone to bring a pizza and a bottle of wine, perhaps some ice cream or a big bag of sharing crisps, they would bring a big bag of pomegranates, meticulously picking out the seeds one by one and would be in absolute heaven! On really special occasions they would throw in a few bags of sunflower seeds too and nibble away until there was a huge pile of discarded shells on the table…thank goodness for great brothers-in-law and pubs!

Fortunately the men of the family have a little more in common with my eating habits and one of my first significant memories of Albania was reflective of this and their hospitality. On arrival to the country and their family home, I was told by Esmeralda that she would stay at home and I would pop out with Martin to pick up dinner. “What is it” I asked?…”lamb” the response. I mean, it’s fair to say I was expecting something a little more rustic than popping down to Waitrose and picking up a pretty, rolled and trussed leg with a nice little sprig of rosemary tied to it, but what I perhaps was not expecting was swinging the car into someone’s yard and collecting a massive, whole lamb (including the head), in one piece, that had been slaughtered that morning (in the yard) and had been slow cooking over open coals all day. Even the offal was wrapped in intestines and stuffed inside with cornbread to soak up the juices…it was truly magnificent. Any anxiety I had was immediately swept away and I felt totally relaxed and completely at home! We hastily returned to the apartment and got this big dead weight wrapped in bin-liners up to the 9th floor, hoping that no neighbours saw us and got the wrong idea! The rest was a meat filled blissful blur, to be repeated on several trips. This was the Albanian way, introduced to me by my father-in-law Martin, and I loved it!

This week it makes me happy to share our Albanian feast, in Albania, eating at the same table at which I tucked into that delicious lamb with Martin and ate with him on many occasions, this time with my 3 young children by my side. Martin was a traditional man and we have cooked up some simple and humble dishes made using basic ingredients, that have been staples in Albanian households over the years. Tavë kosi is a national dish of lamb and rice baked with a mixture of yogurt and egg; Byrek, If there is ever a dish an Albanian will bring to a house party this baked, filled flaky pastry with various fillings is it; Qofte, an Albanian type of meat ball and ‘Corbe me pule’ a type of Albanian soup.

We hope you enjoy our Albanian Family Feast and if you ever have the chance to visit Albania, do go and check it out…you might be surprised!

A few of the ingredients for todays feast 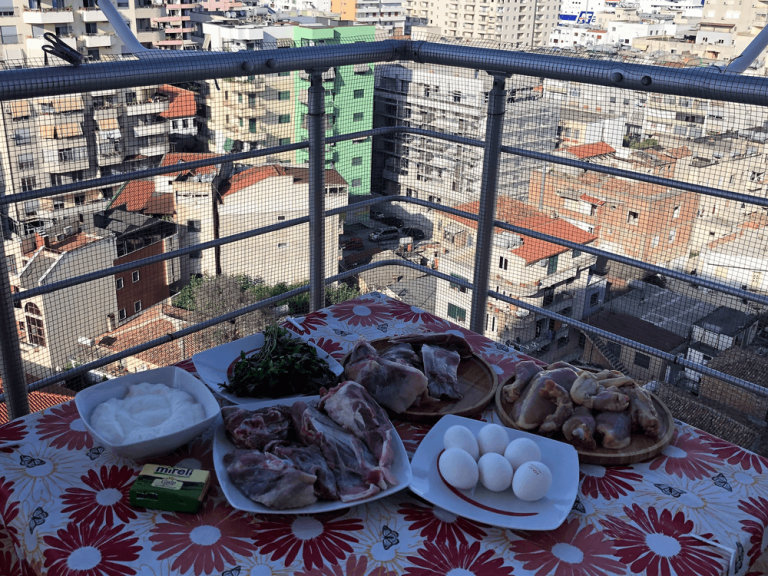 Teaching the grandkids the art of byrek 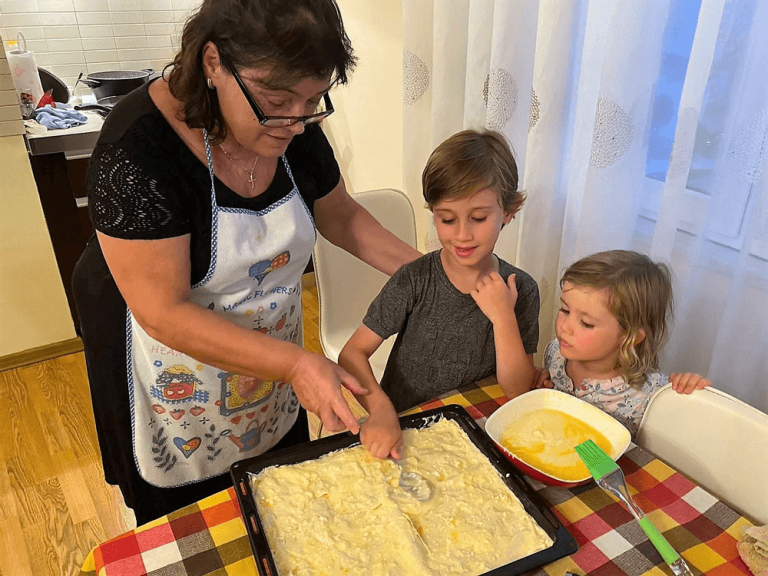 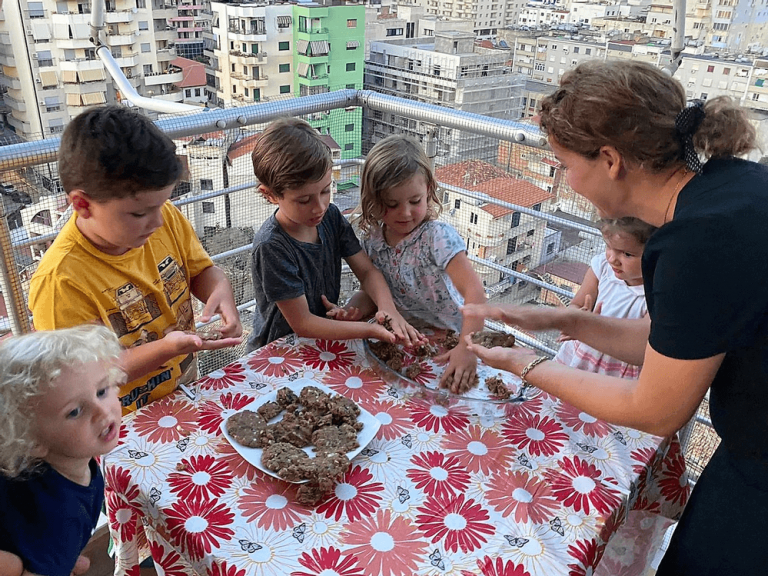 Let's get these beauties frying 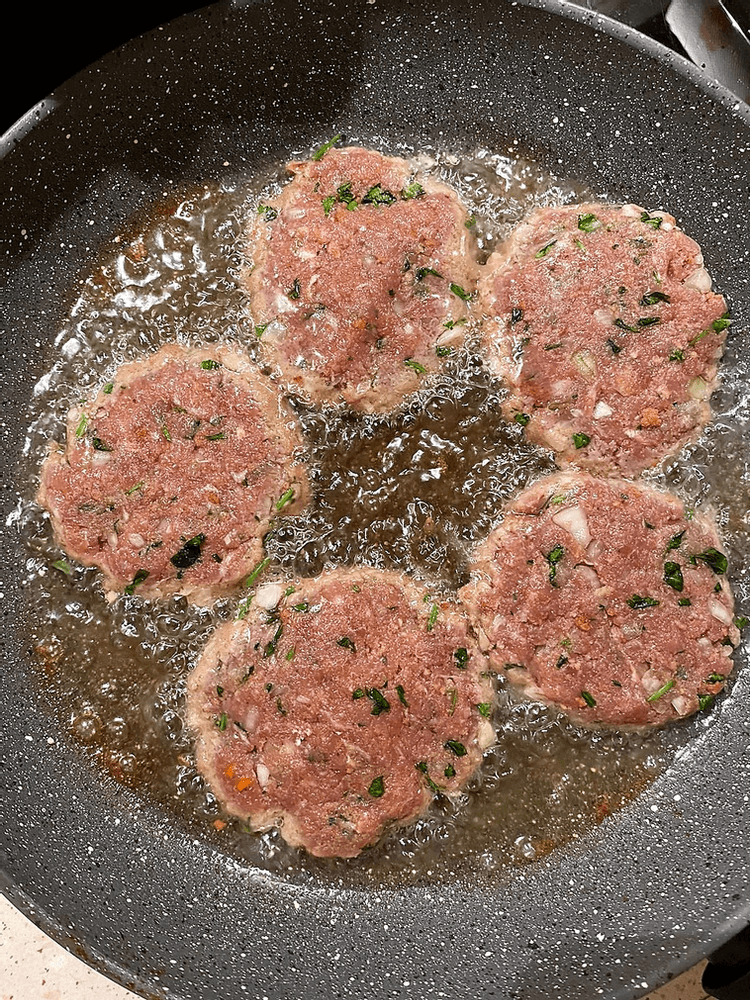 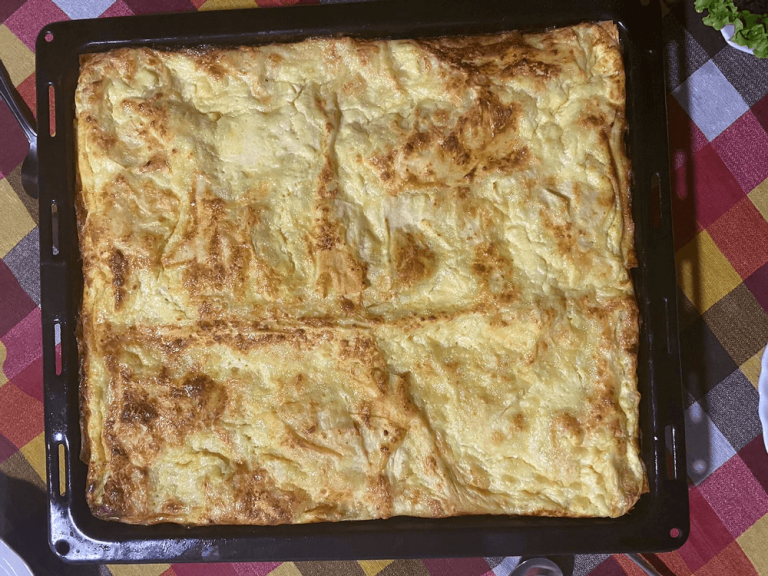 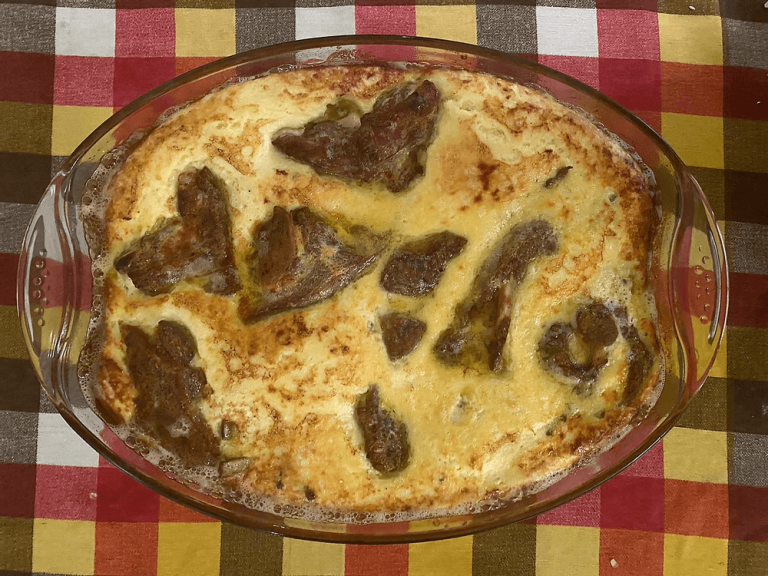 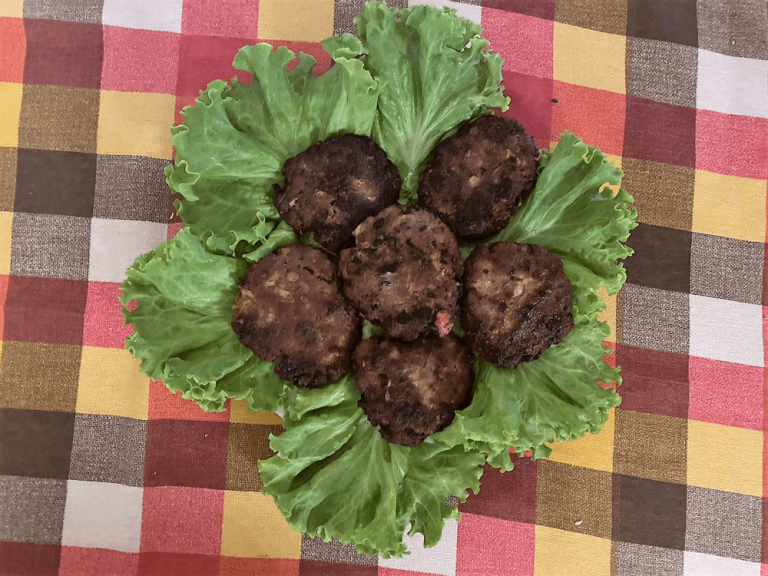 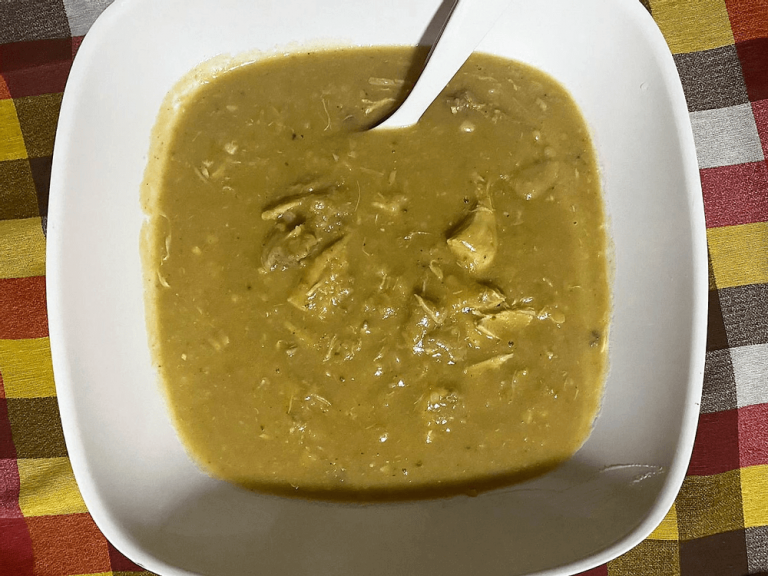 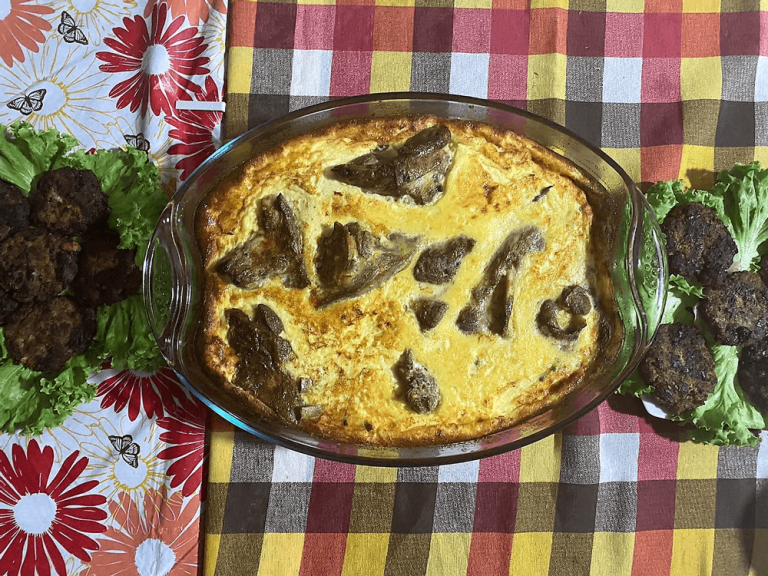 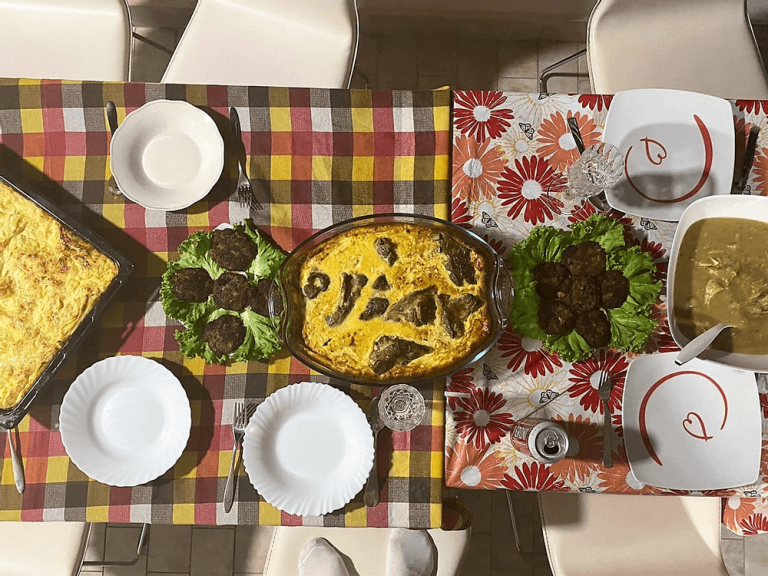 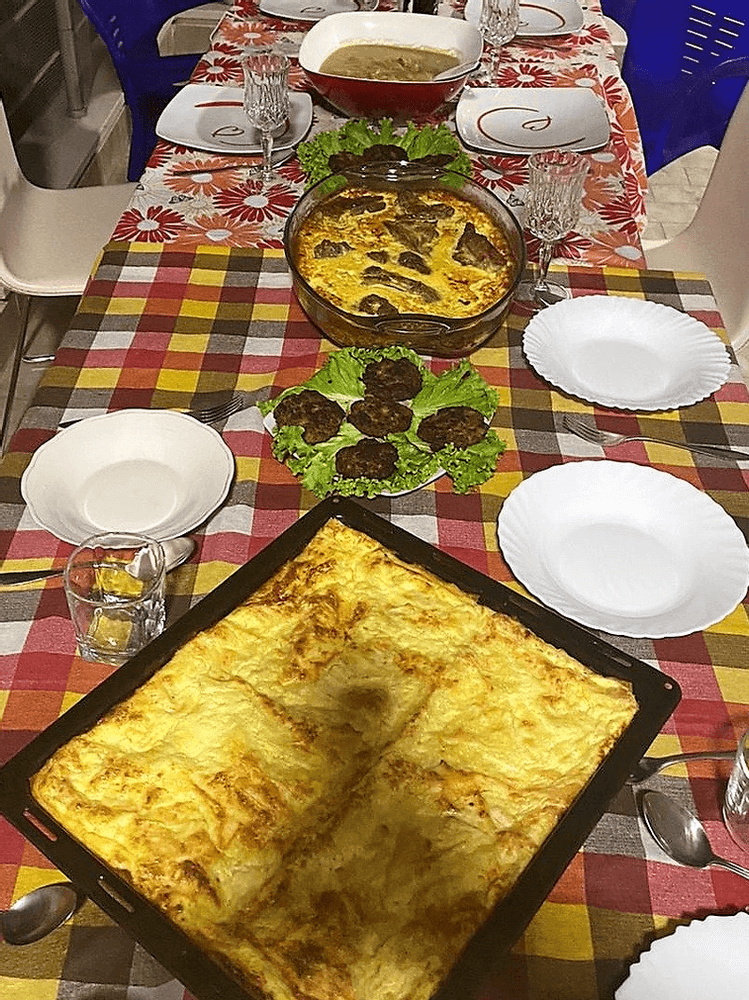 Ready to get stuck in 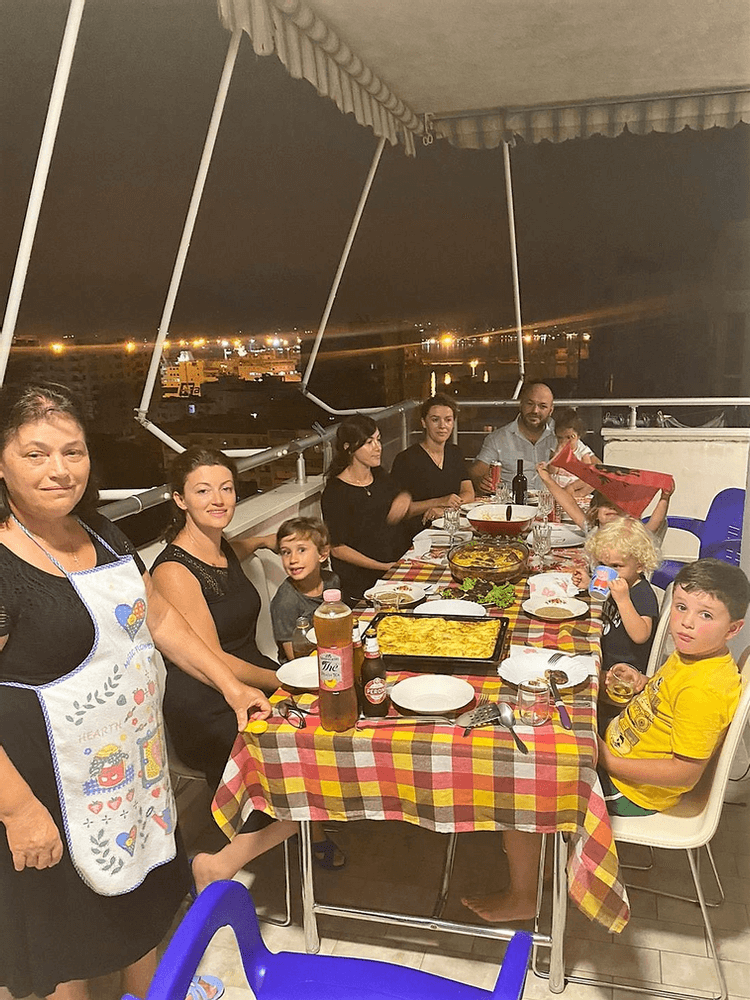 Lets start with the Byrek 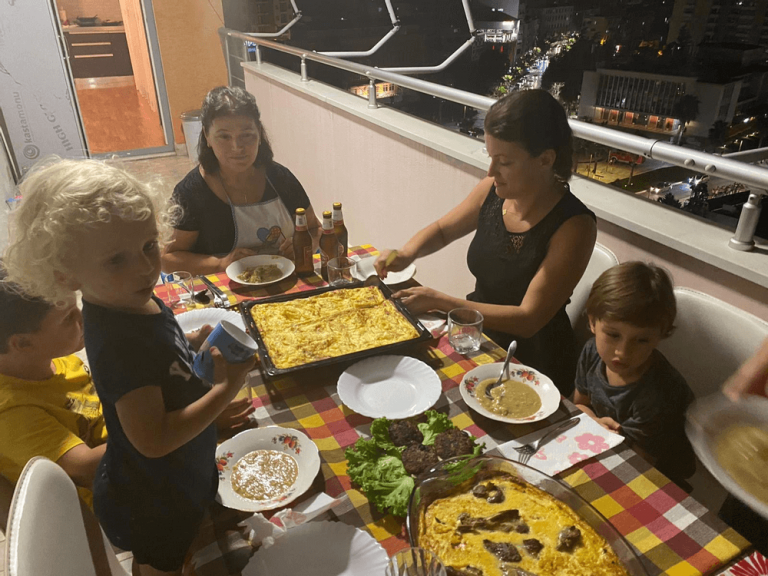 Loving the corbe me pule 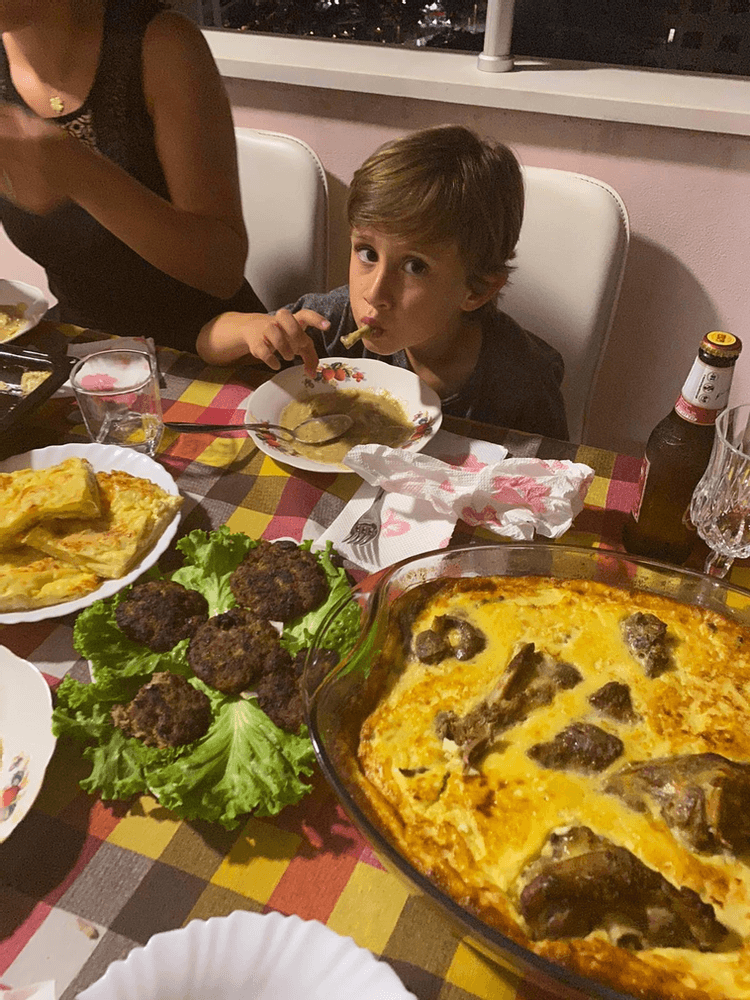 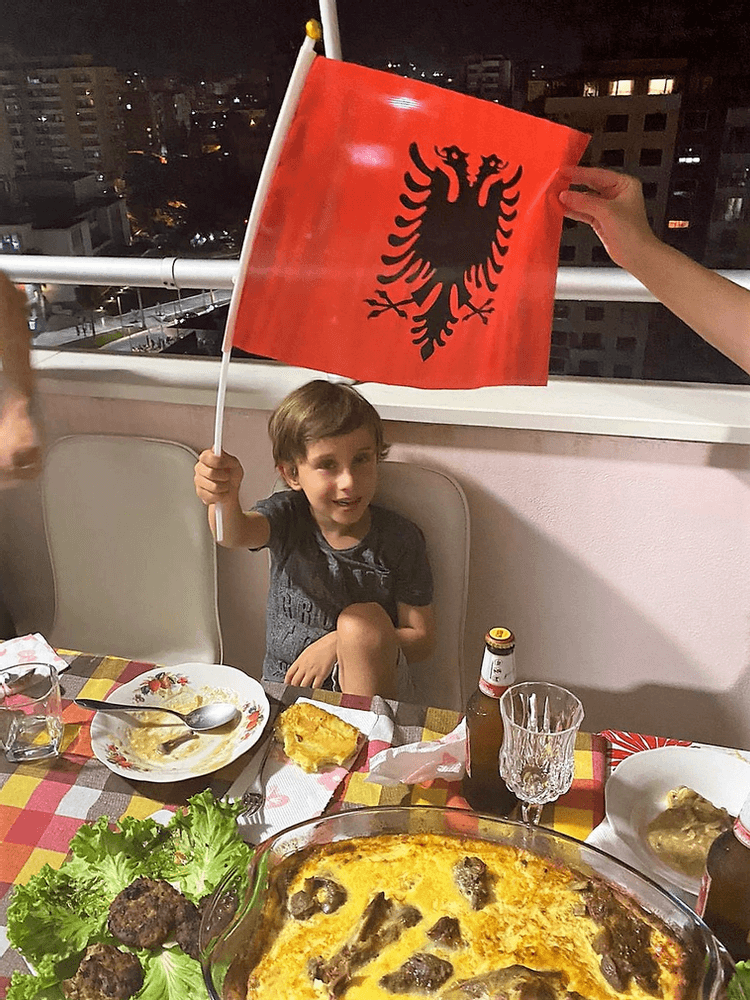 Thanks Albania - that was epic! 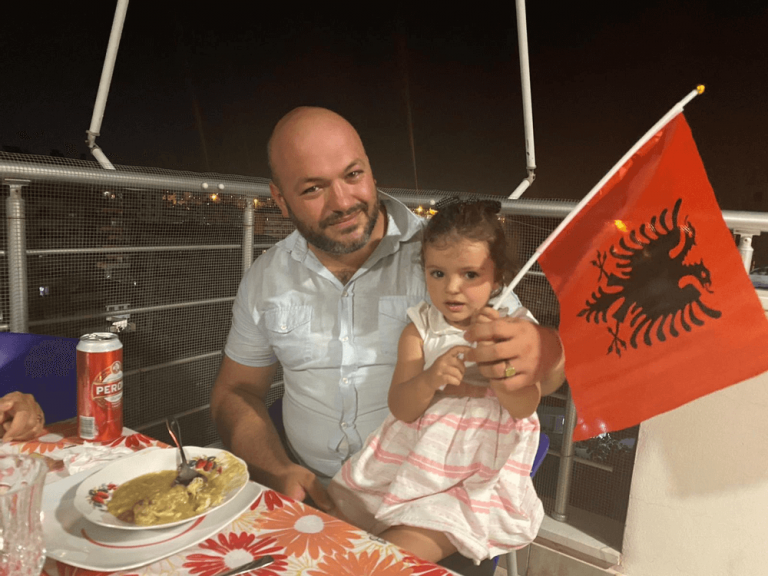 And of course - a raki to finish off. Cheers! 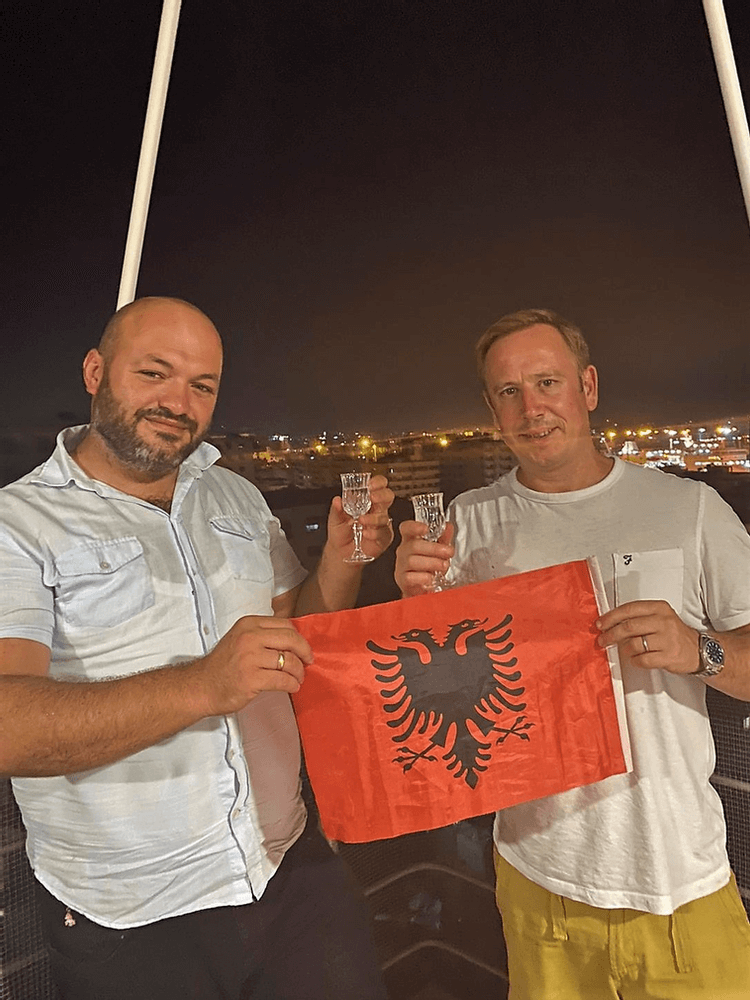 Thank you Albania. Delighted to be able to share your traditional food and my warm family memories, especially those spent with my late father-in-law Martin Gecaj.