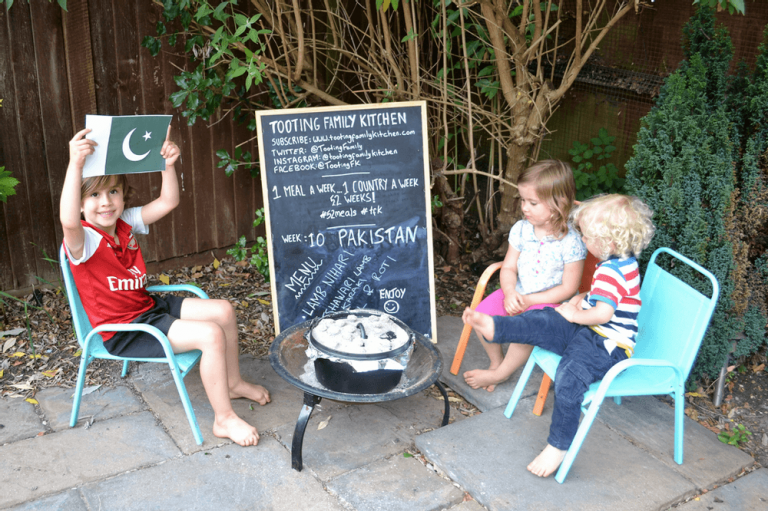 I have been very excited for Tooting Family Kitchen to visit Pakistan. The very essence of this project is to celebrate diversity through food and much of the inspiration for this comes from living in the exciting and vibrant multi-cultural hub that is Tooting, recently hailed in the Lonely Planet as one of the top ten places to visit – IN THE WORLD (as my good friends in South-East London love me reminding them of). Tooting is known for its British Asian community. According to Wiki as of 2011 in the Tooting ward, 9% of the population is Indian and Pakistani each, while 7% is Other Asian, with Urdu and Gujarati widely spoken among these. It has gained the nickname “land of the curry mile” due to the concentration of South Asian restaurants. The multi-cultural spirit is strong where people of different faiths and cultures really make up the heart and soul of this truly wonderful neighbourhood.

Two of my favourite Tooting Pakistani Restaurants are Lahore Karahi (a family run restaurant serving authentic Pakistani food since 1995) and Namak Mandi, specialising in food from Peshawar. Peshawar is also the birthplace of Jabron Hashmi who I would like to dedicate this post to and who I will be thinking of when I tuck into our Pakistani Family Feast a little later…especially the Peshawar Lamb Karahi. 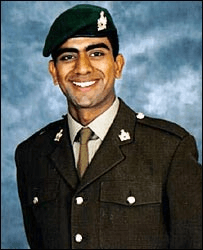 Lance Corporal Jabron Hashmi was born in Peshawar, Pakistan, and moved to the United Kingdom with his family when he was 12. He joined the British Army in 2004 successfully completing his training for the Intelligence Corps before being attached to 14 Signals Regiment, of the Royal Signals in January 2006 before being sent to Afghanistan. It was on this tour of duty operating as an Electronic Warfare linguist-analyst in the district of Sangin, that Jabron was killed in action when their detachment was hit by a rocket propelled grenade tragically killing Jabron, fellow detachment member Peter Thorpe and a locally employed linguist.

Jabron’s commanding officer at the time described him as: “enthusiastic, confident and immensely popular and displayed all the qualities of a first class soldier”, which is a truly accurate reflection. There would have been far easier career paths for a Muslim British Pakistani man but as his family said, he wanted to use his background and position to contribute at a time when there existed a lack of understanding of cultures, ideologies and religious identities. His older brother Zeeshan who also served in the Intelligence Corps said “Jabron was a committed soldier and a committed Muslim. He was fiercely proud of his Islamic background and he was equally proud of being British. He went to Afghanistan hoping to build bridges between the east and the west.”

I am proud to have called Jabron a colleague and be a part of the same brotherhood (along with his elder brother Zeehsan) of people who have served in the British Army, the Intelligence Corps and 14 Signals Regiment. I remember a very likeable and chatty guy (perhaps a bit mischievous), who always had a smile on his face to go with his gentle and warm persona. To me he was a guy who clearly took life in his stride and didn’t take himself too seriously but at the same time had strong values, beliefs and was committed to these and fiercely proud. He was proud to put on that uniform; proud to be a British Pakistani; proud to be a Muslim…so many things that can be conflicted but Jabron clearly was not, and to me that takes courage. Jabron is missed by many but leaves a legacy behind that I know his family and friends are extremely proud of. I would have loved to have got to know him better when I followed in his footsteps to 14 Signals Regiment, but I know he is in all of our thoughts as are his proud family.

As mentioned, Jabron grew up living with his family in Peshawar, a 10/15 minute walk from ‘Lamak Mandi’ the street/ neighbourhood that is famous for making Peshawari style lamb and tikka and that one of my favourite Tooting Pakistani restaurants is named after. Jabron and his brother Zeeshan were both big fans of a dish called ‘Peshawari Lamb Karahi’. Zeeshan kindly sent me this video which was filmed just a few minutes’ walk from their home and I can’t watch without getting extremely hungry! Jabron loved the dish so much that Zeeshan learnt how to cook it himself when they first came to the UK and would often cook it at Jabron’s request. Zeeshan tells me that lamb fat is key for an excellent outcome! He also told me it’s easy to cook if you follow the video?!?! I tried my best Zeeshan 😊

Along with the Peshawari Lamb Karahi I have also cooked Lamb Nihari. A Pakistani slow cooked type of stew that is often (not always) referred to as the national dish…will just leave that there 😊 Pakistani’s are big meat eaters but there is certainly room for a Dal and of course some Roti to mop up all those lovely juices! 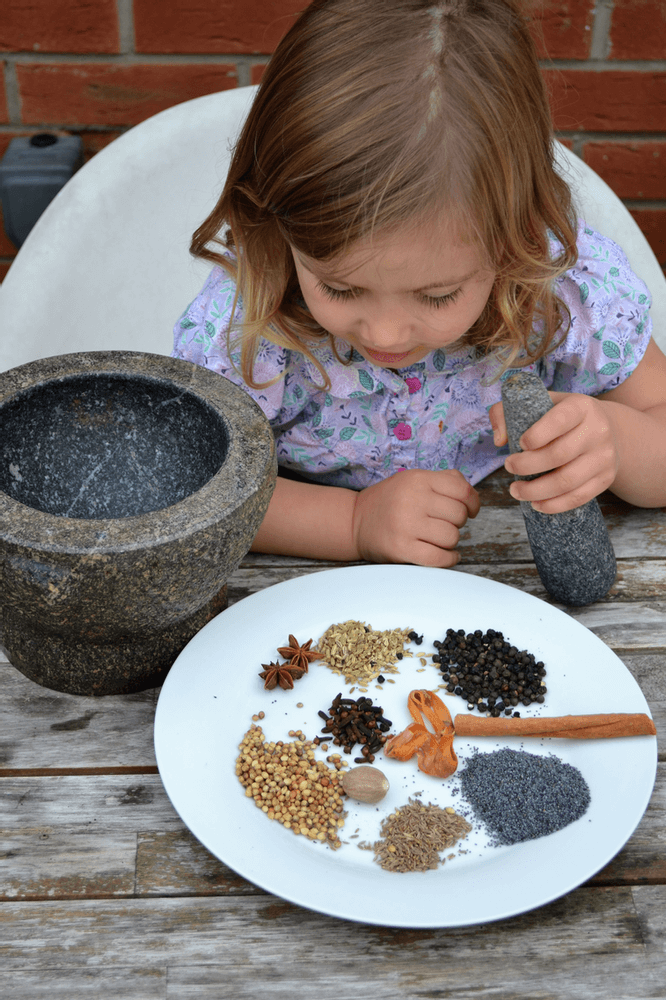 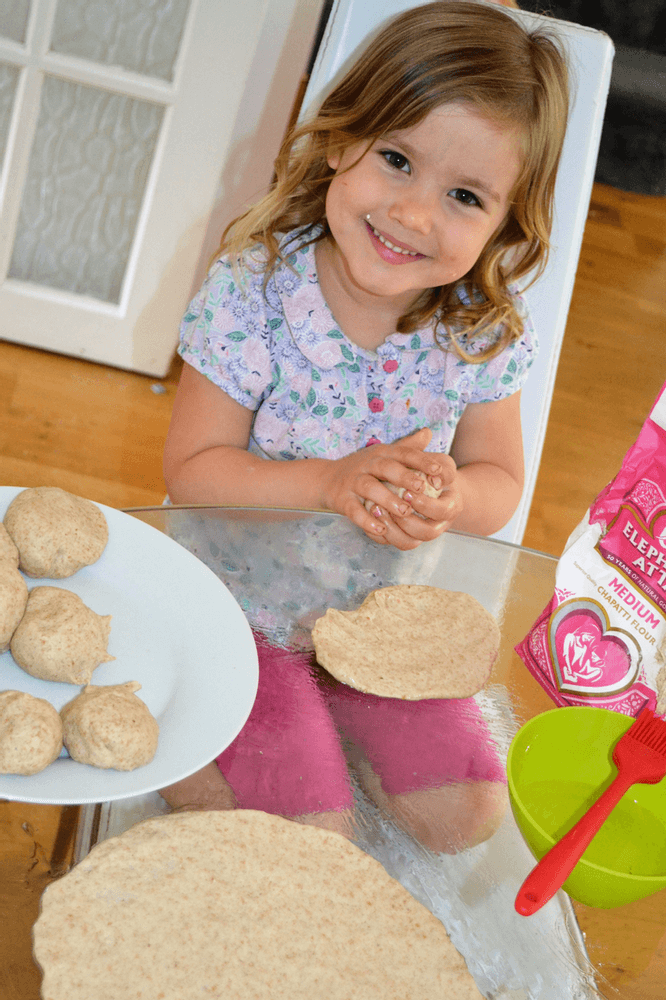 Getting to know the ingredients for the Lamb Karahi 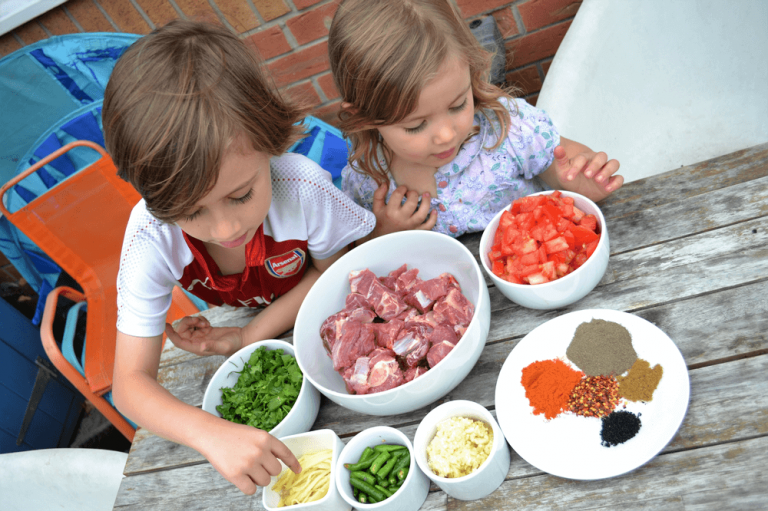 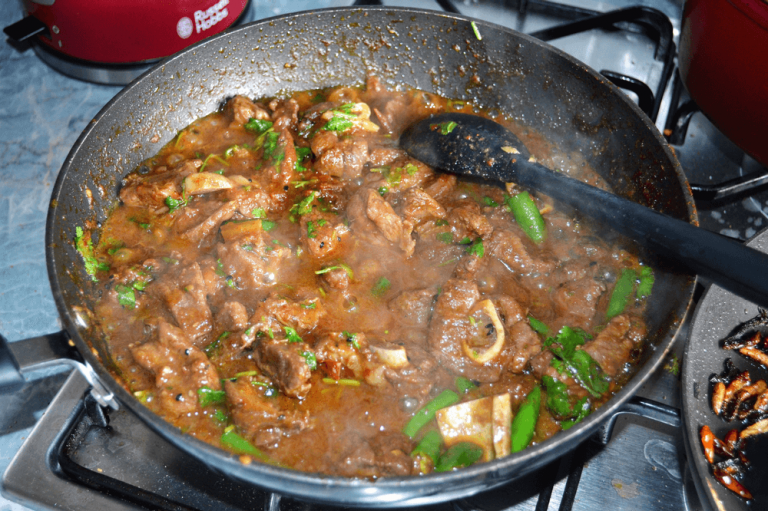 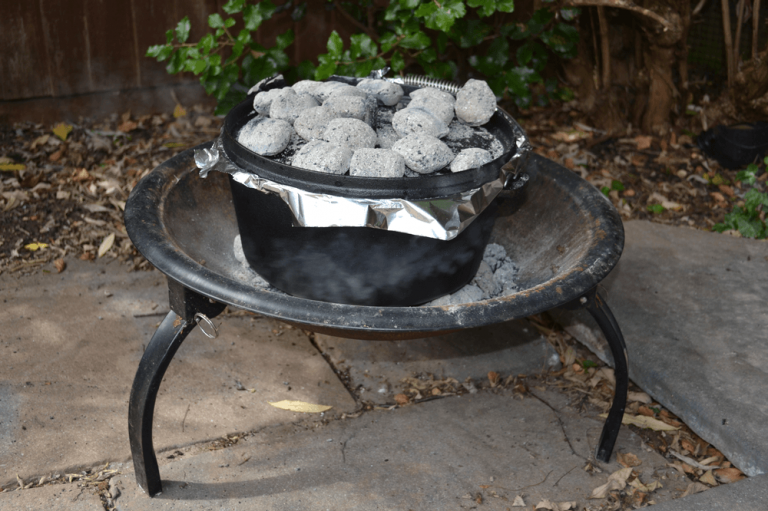 Boom! The smell is incredible after 3 hours bubbling away! 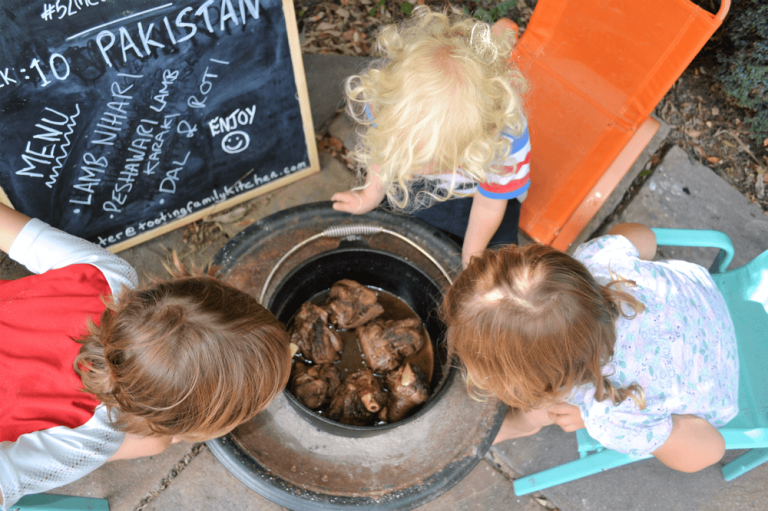 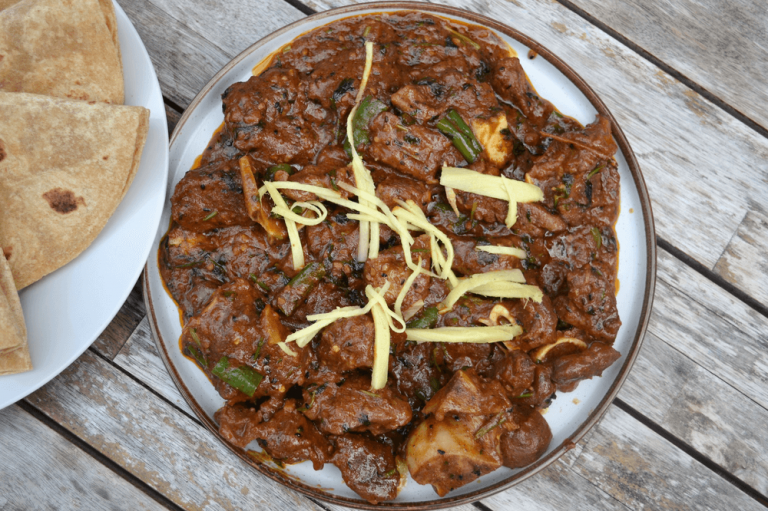 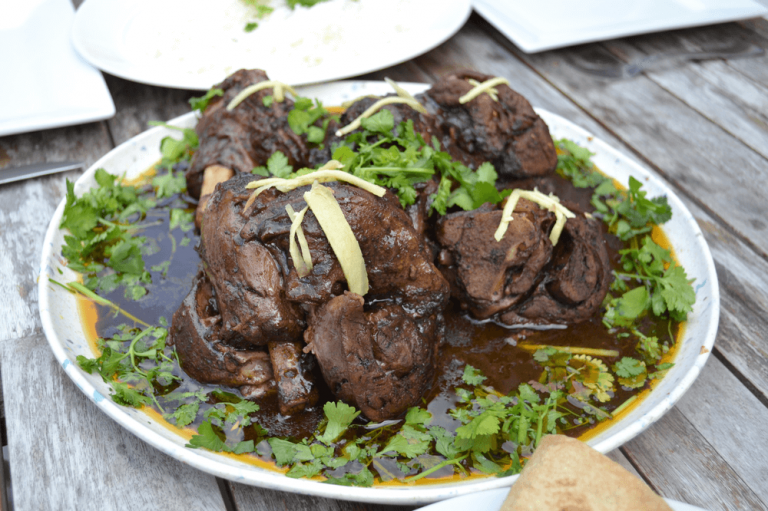 3 tbsp plain flour, made into a paste with ½ cup of water
1 bunch of coriander, chopped
Ginger, cut into match sticks to garnish 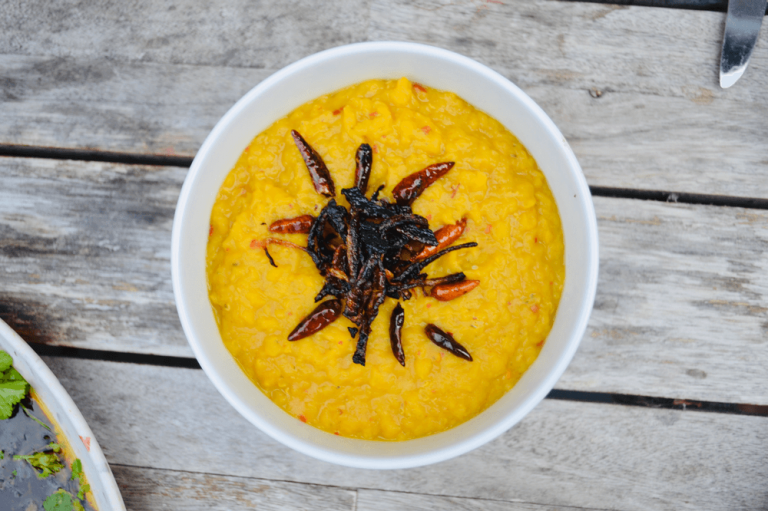 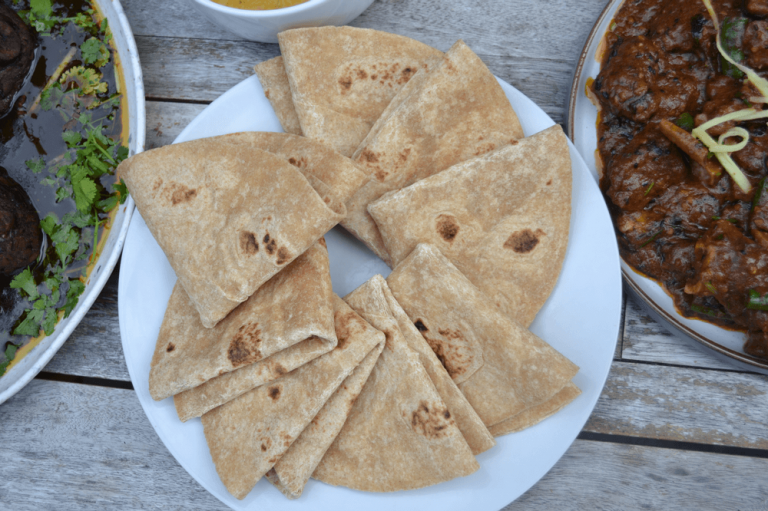 Making Roti is an art form and takes lots of practice (we are at the very start of the learning curve)! Traditionally they are made on a Tawa or baked in a Tandor. 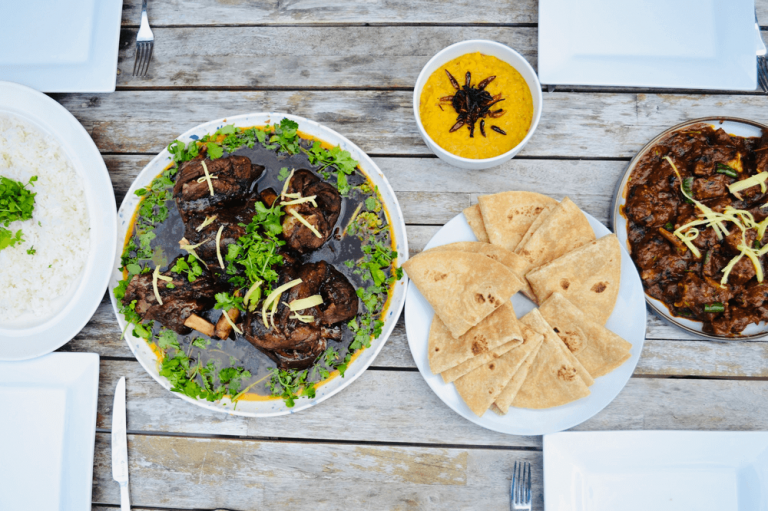 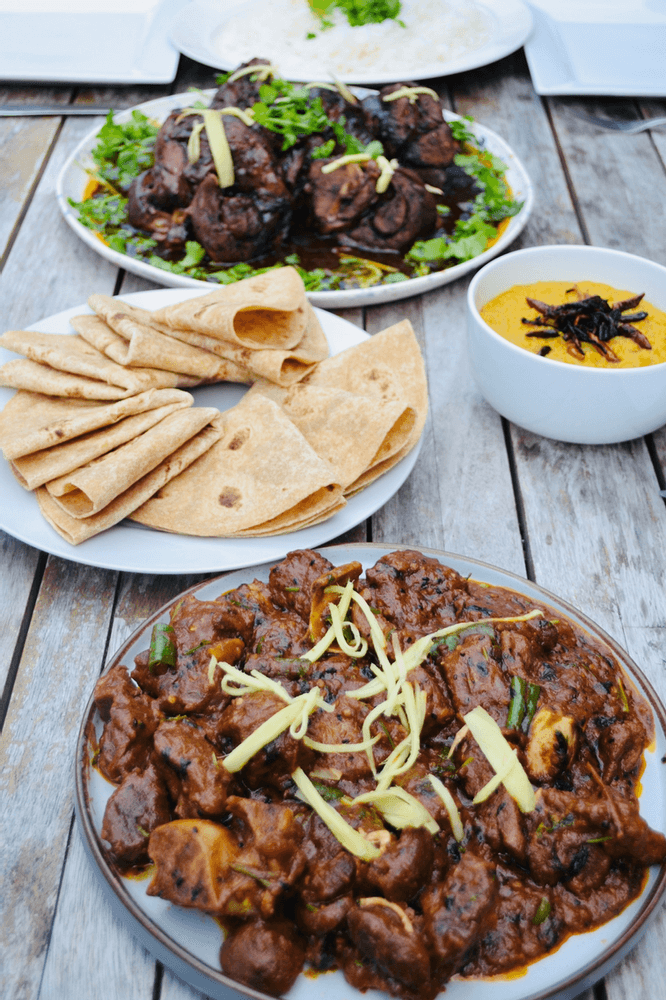 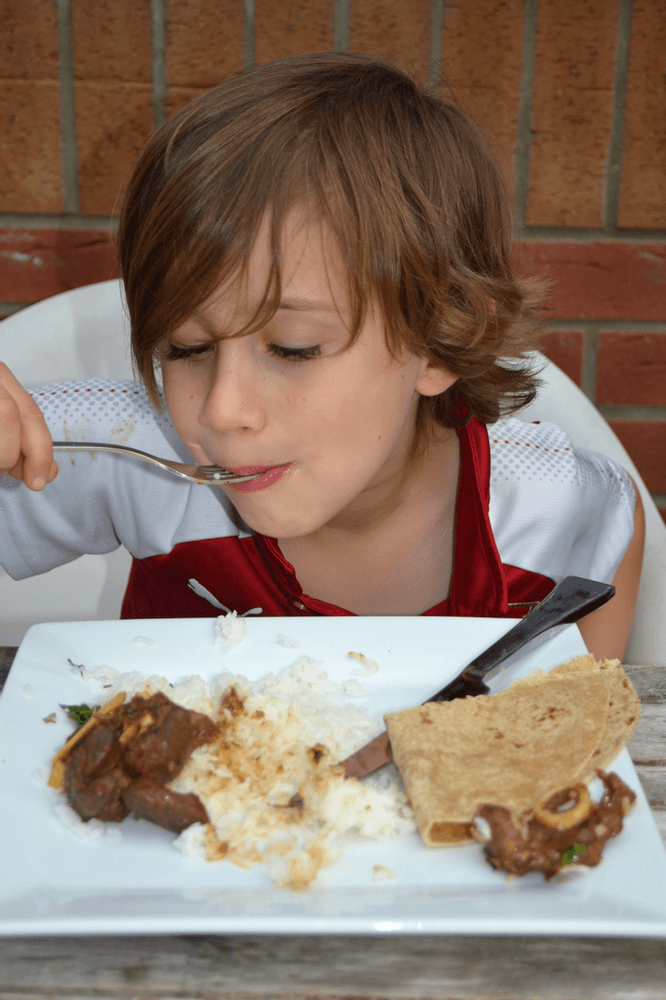 Starting to handle the heat well 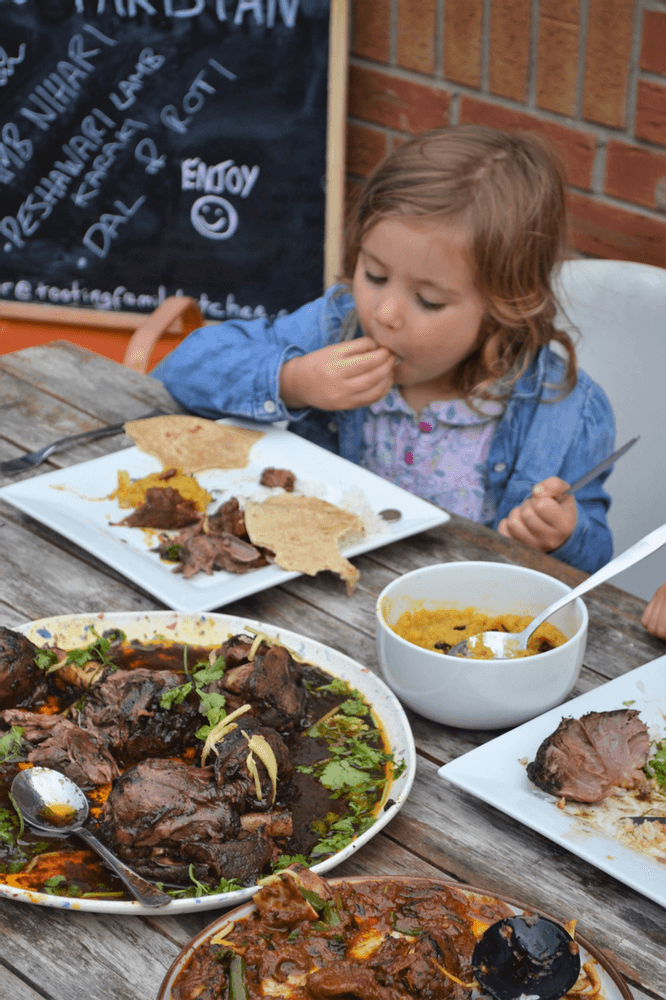 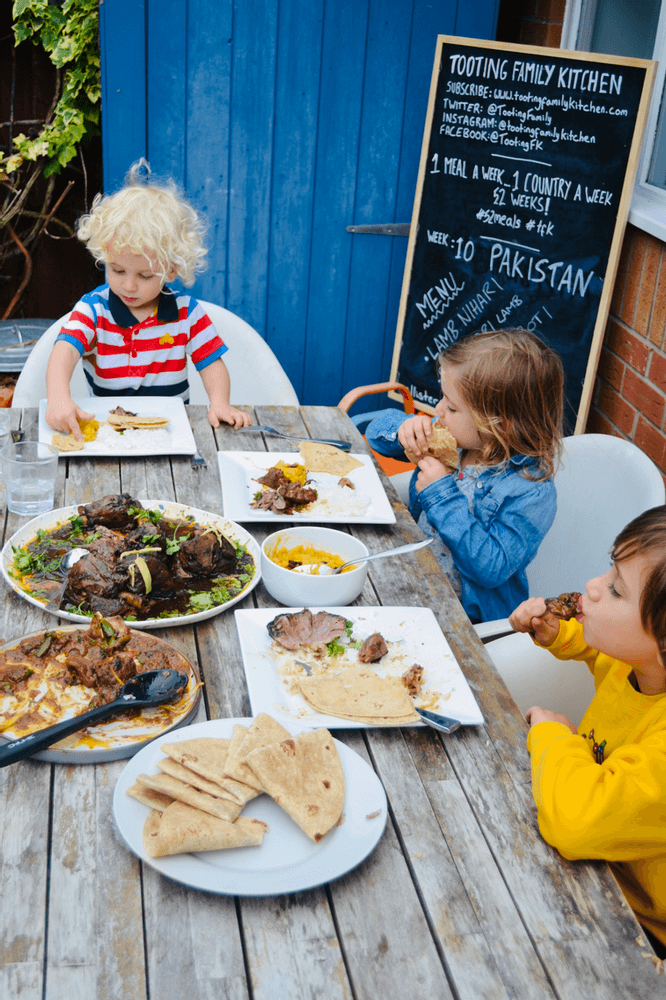 Success - Pakistan gets a thumbs up! 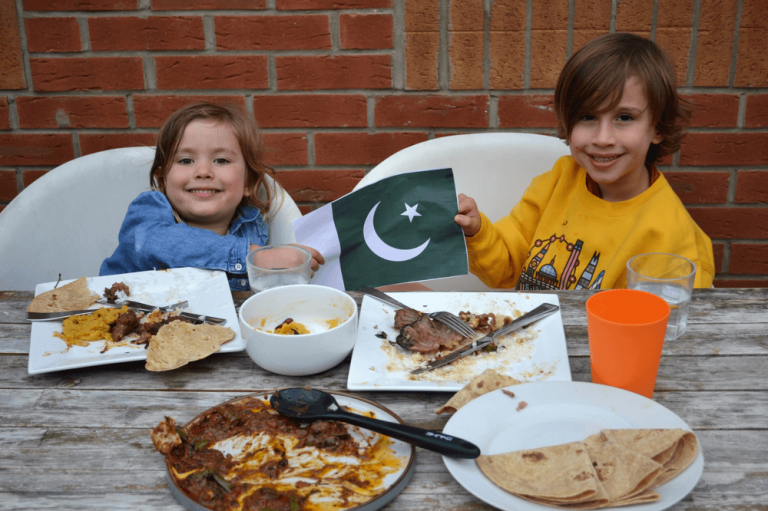 Abigail's turn with the flag! 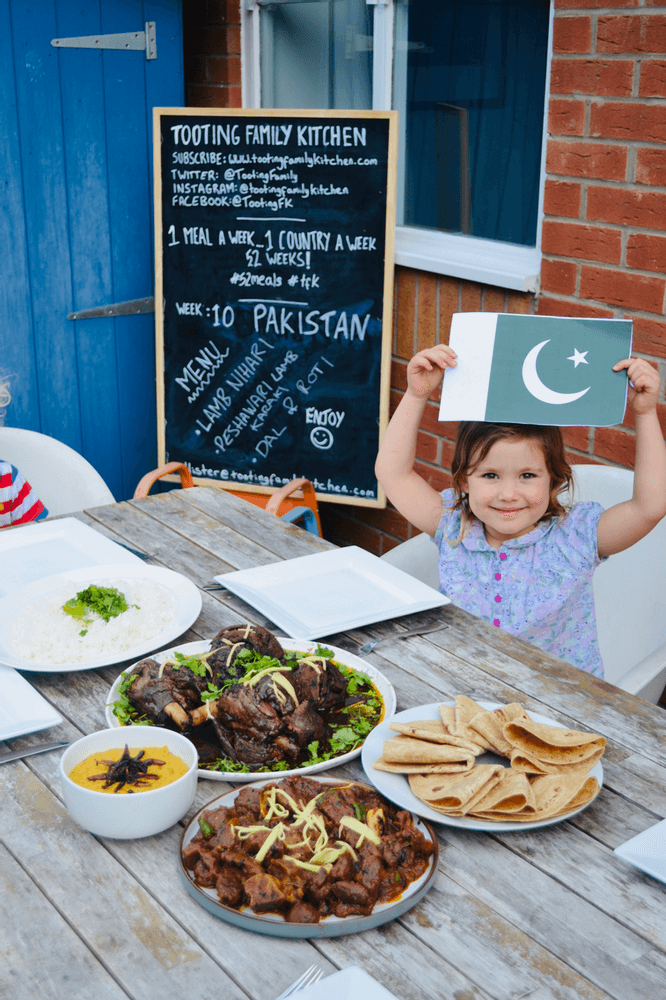 Food is best shared - take away for my godparents, the inspiration behind our Greece post. 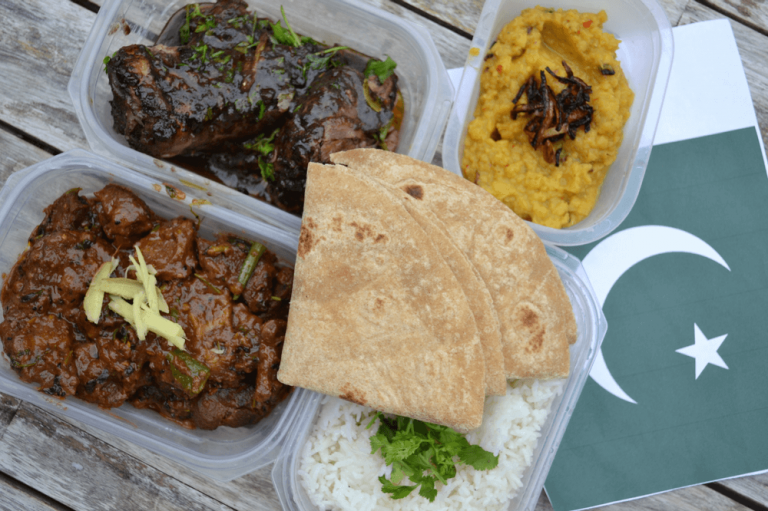 This is for you mate. Rest easy. 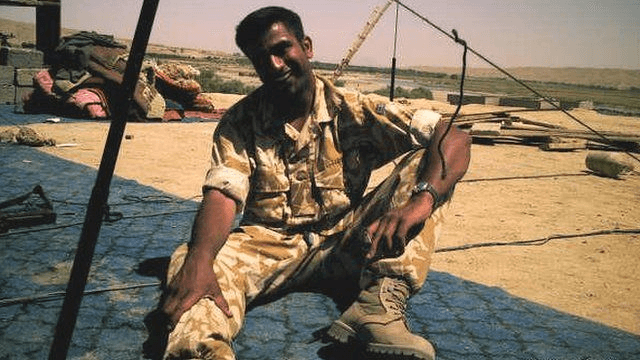 We hope you enjoyed our Pakistani Family Feast, especially Jabron’s family who I would love to share some Pakistani food with one day.

See you next week!