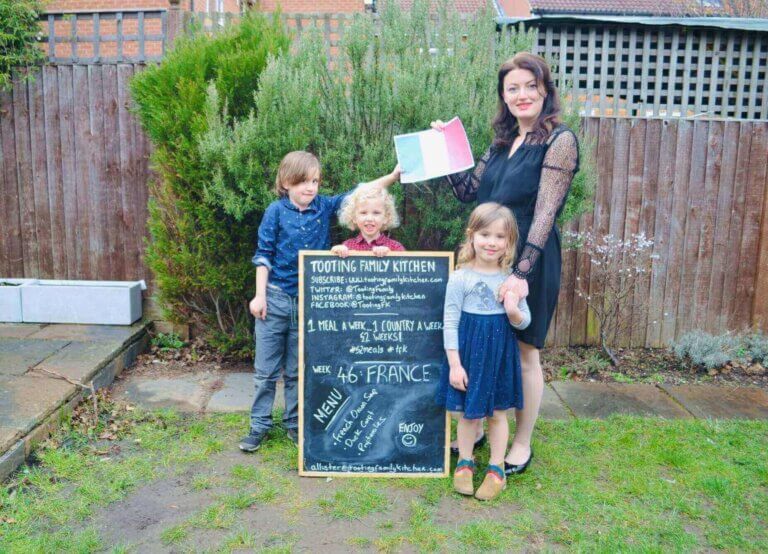 Week 46 and a real highlight of our 52 Meals Challenge as we take on France, another of the world’s favourite cuisines! Quite fitting also to celebrate the family occasion of Mother’s Day with the cuisine of our closest neighbours, with whom our relationship mirrors that of so many chaotic family households. Bickering, fighting, micky taking and constant rivalry are common…but at the end of the day we love each other really!

Famous French author José-Alain Fralon characterised the relationship between us by describing the British as “our most dear enemies”, and there is a lot about us that winds up the French. We drive on the left, we expect everyone to speak English, we go on about tea all the time, we think we are the best at things, we have ketchup on everything, we cannot cook and let’s not even bring up Brexit…alright, maybe later. In one poll I read about 50 things that the French don’t like about us, concluded with, “but on the positive side, 3 in 10 like our sense of humour”… 3?! Call me a pessimist but this means that 7 in 10 French people don’t find us funny at all. Don’t get me wrong…we have our issues with the French too. Have you tried getting a decent cup of tea in Paris? And seriously…if you are going to complain about the English only speaking English, when we do speak to you in French, perhaps don’t reply in English?! And come on…Fois Gras…is it really necessary? And don’t you think you are overdoing the whole fat and butter thing just a little? We could go on like this all day though, so I think it’s best just to let things lie and say, 1066…you started it!

Like most Brits I learnt my first French words from our very own ‘Del Boy Trotter’ whilst watching the best sitcom of all time, ‘Only Fools and Horses’. I was geared up for the French camping trips that many British families embark on, armed with phrases like “Crème de la menthe”, meaning “that is fantastic”, “Mange tout” meaning “not a problem” and “Bonnet de douche” meaning “fantastic” …what could go wrong? What I soon discovered and what continues to draw me back to France was an appreciation of quality of life and an incredibly welcoming population. Ok, everyone in cities can be a bit stroppy, but generally speaking France is one of the most welcoming countries I have been to. It is only in France where I have ended up drinking a glass of red with a local baker whilst buying some bread. The French have an abundance of space, a lot of holiday time, a lack of materialism, good healthcare, affordable housing, and appreciation for simple things done well, especially when it comes to food and drink. This is a country that makes 400 varieties of cheese most of which are the absolute “crème de la menthe”!

France’s presence on the world stage is clear to see through their cultural, sporting and innovation achievements. They come 4th in the planet with an incredible 71 Nobel Prizes (slightly behind the UK on 134), they have a accumulated a magnificent 598 Summer Olympics medals (just pipped by the UK on 638) and they come 9th in the International Innovation Index (the slightest of touches behind the UK in 7th place). It is the birthplace of sporting legends such as Arsene Wenger, Thierry Henry, Patrick Viera, Robert Pires and Laurent Koscielny (no bias here whatsoever towards Arsenal)! It is a country with the most beautiful chateaus and architectures with the most incredibly diverse scenery and a rich culture that people can’t help falling in love with…it is no surprise that it attracts more visitors each year than any other country!

As a simple ‘rosbif’ used to having ketchup on my cornflakes, what blows me away most about France is the food and drink, especially in the smaller towns and villages, although Paris has more Michelin starred restaurants than any other city.  Vegetables are usually from local suppliers and more pesticide free, the meat is more hormone free, the wine is cheap and comes from local vineyards, which accompanies the local food well. Yeah, classic French cooking involves lots of butter and fat but it’s balanced out and the French have the lowest obesity rates in Europe. I love following the smell to the boulangerie, I love having a glass of red with my lunch and not feeling bad, I love the endless ‘soupe de poisson’ which I slurped away at over the length and breadth of the country, I love the attention to detail on the cakes in the patisseries and I love the endless varieties of cheese. Many countries, including the UK, have come a long way on the food scene in recent years, but it is the simple things about French food and the quality of life that will keep me going back…it is a country that quite simply works to live! 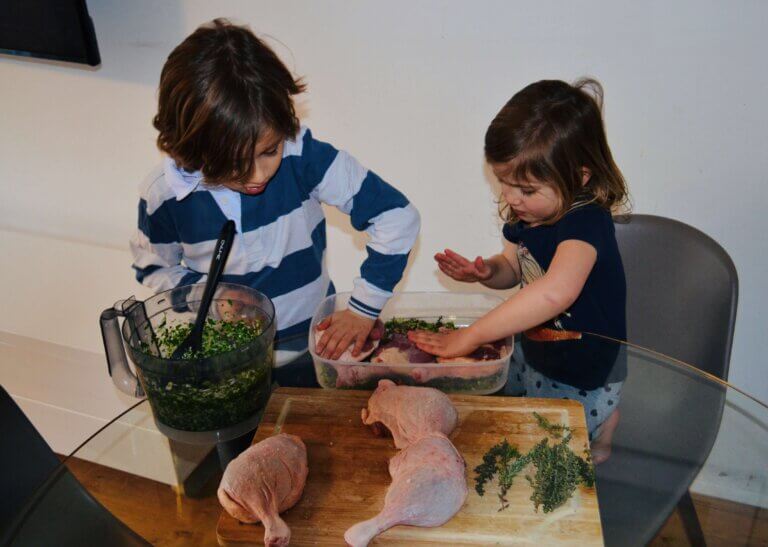 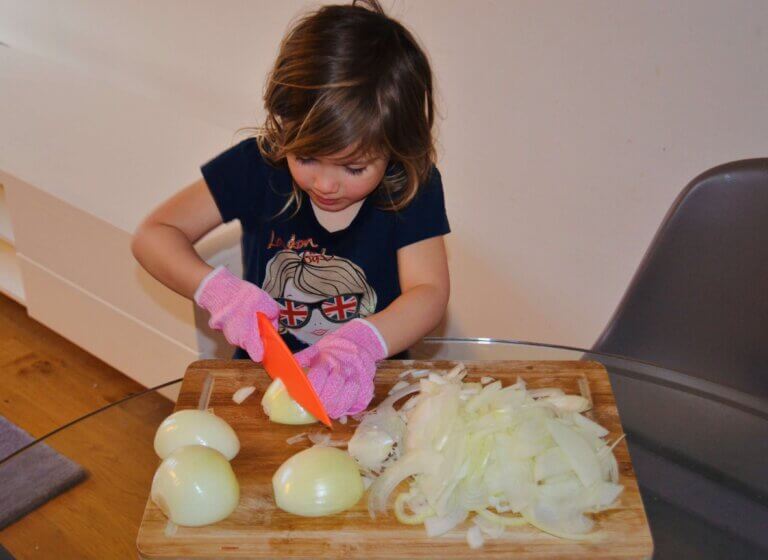 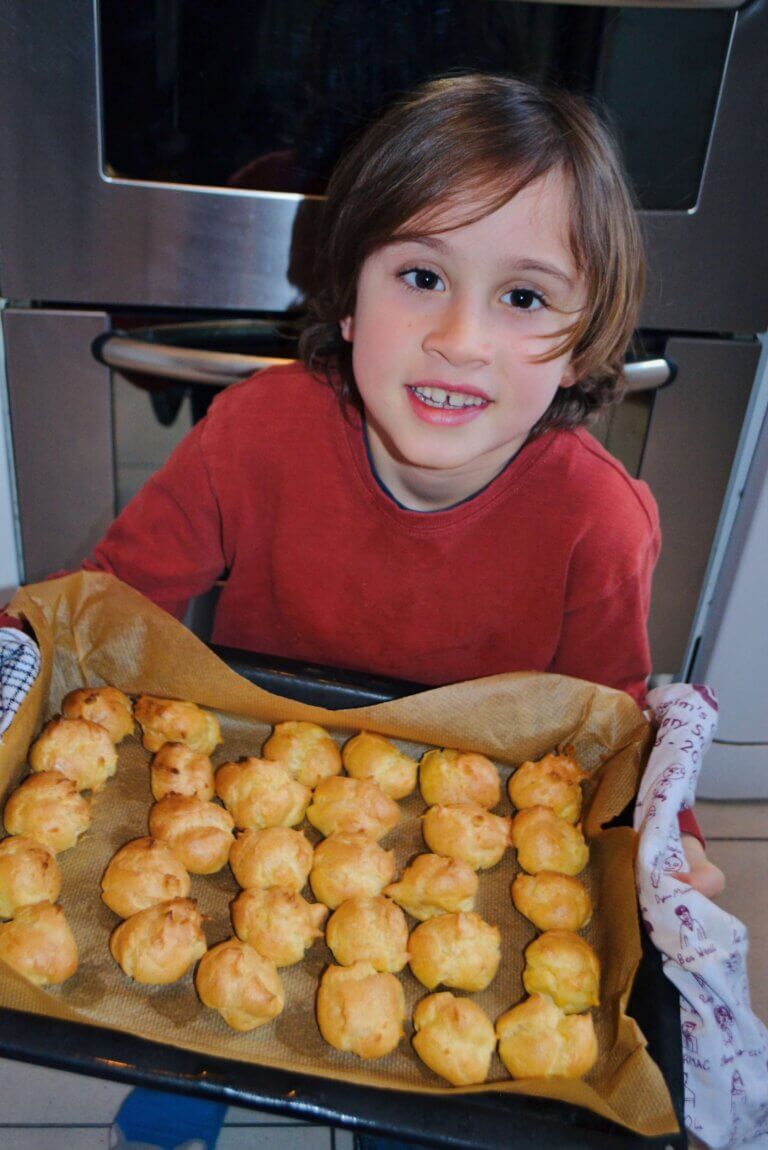 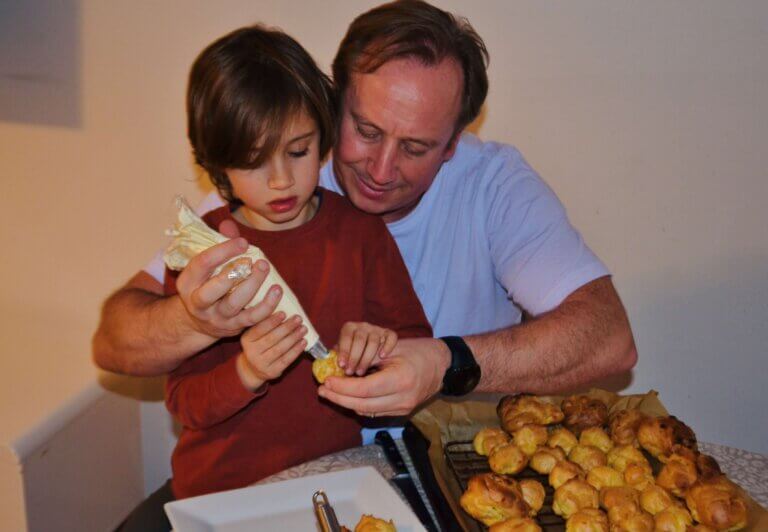 Submerging in the duck fat 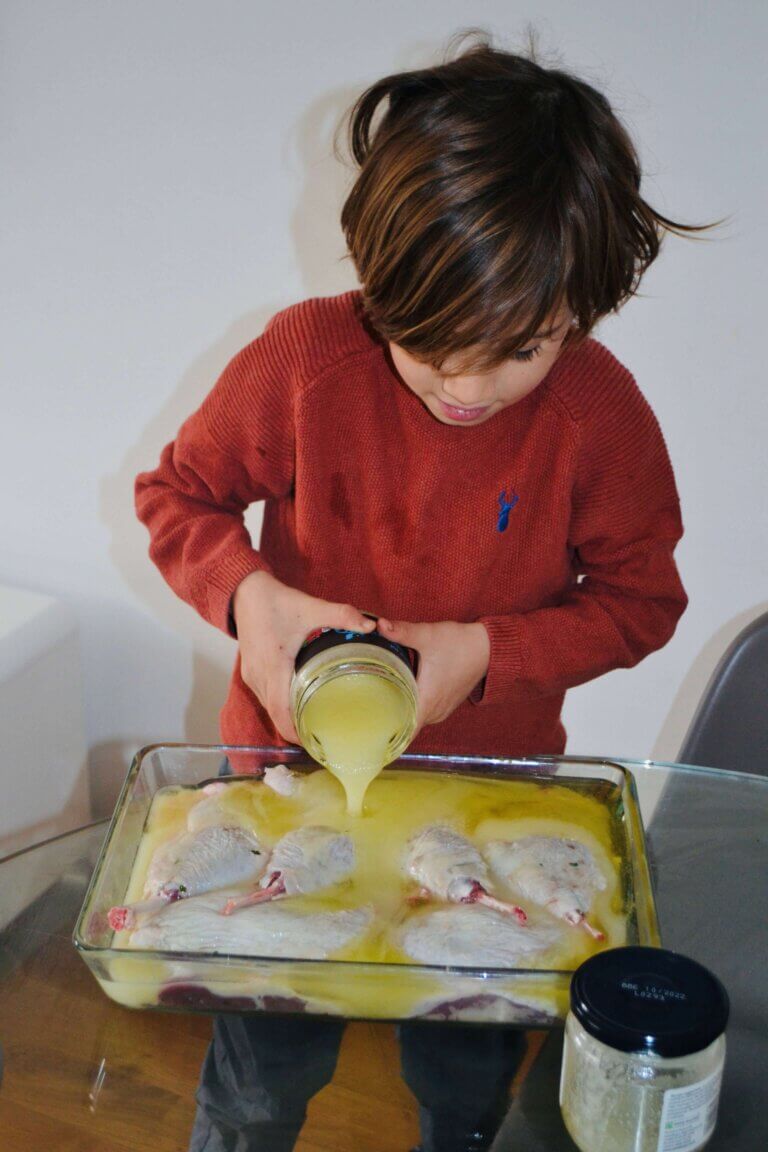 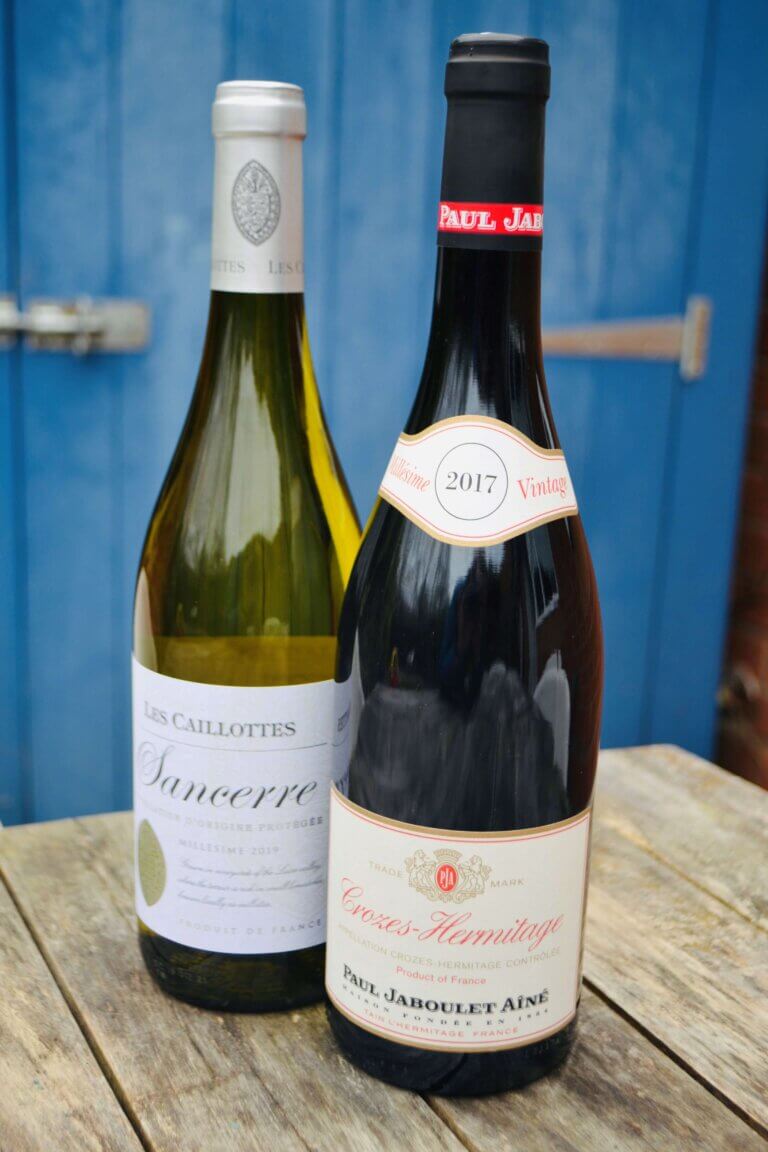 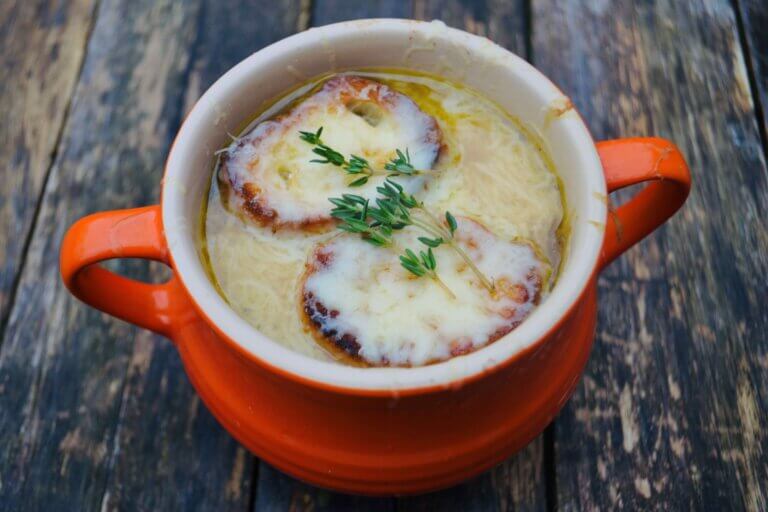 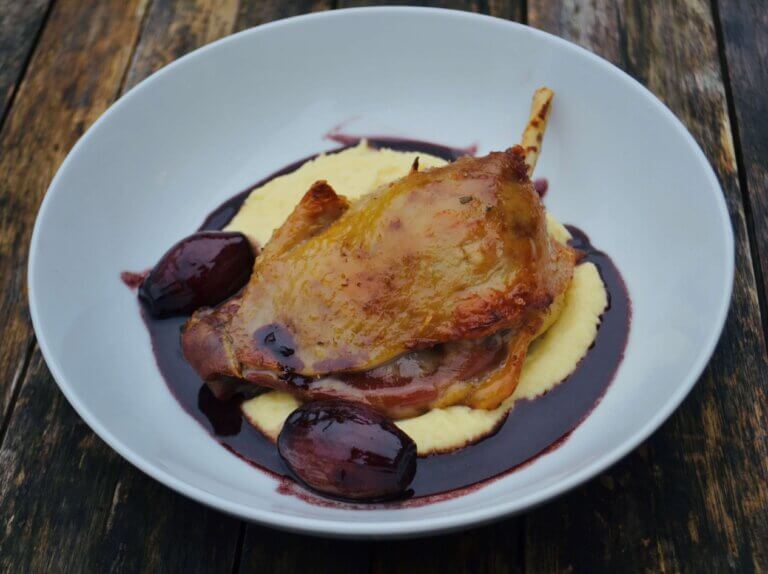 1 bunch of parsley, chopped with stems 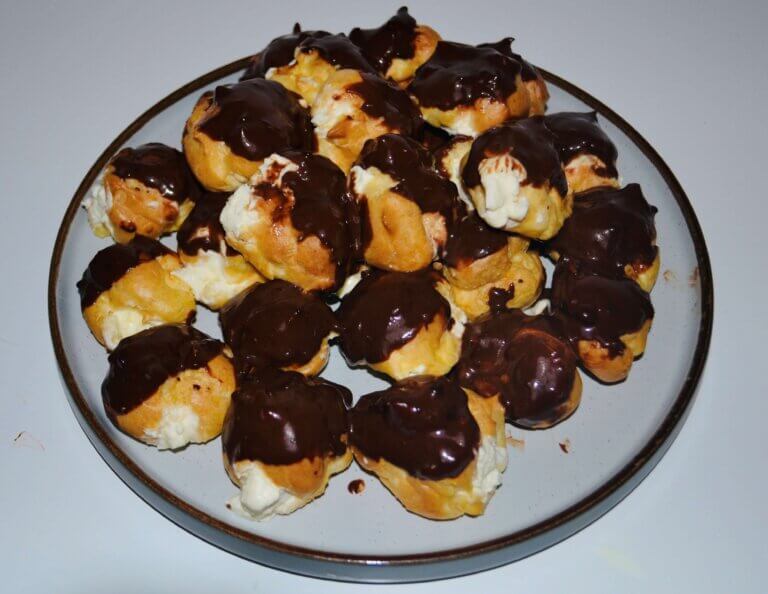 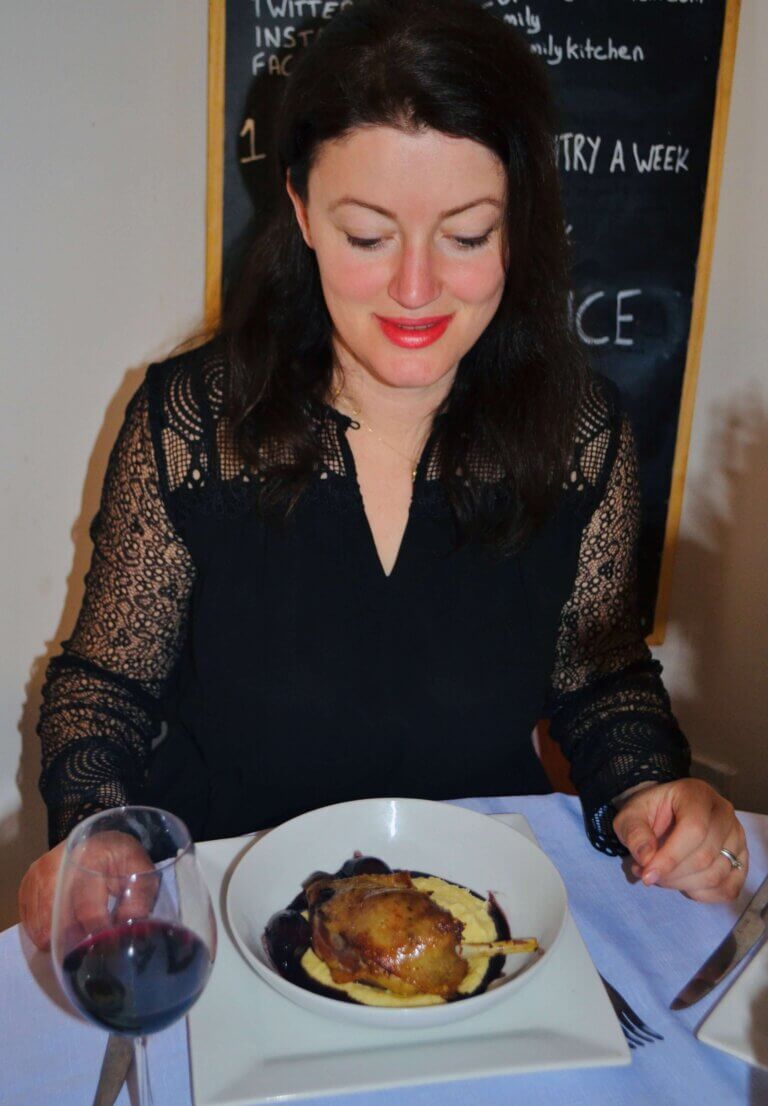 His first confit of duck 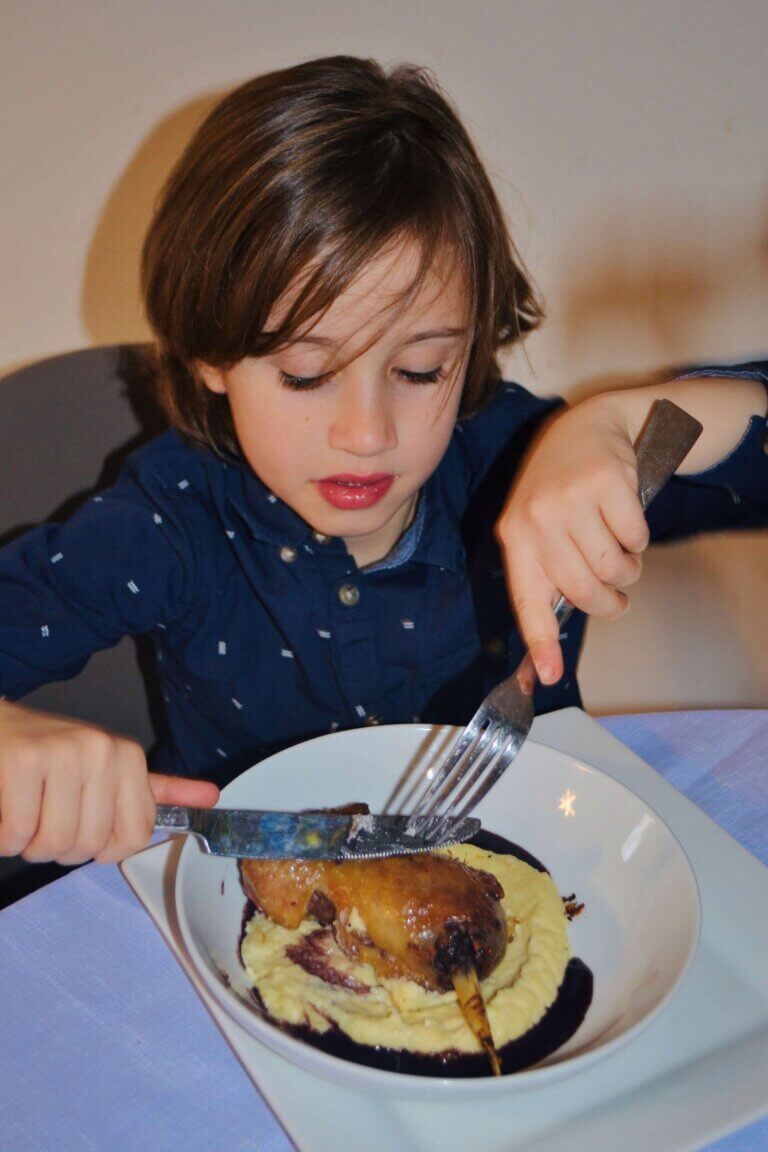 Their favourite part of the meal! 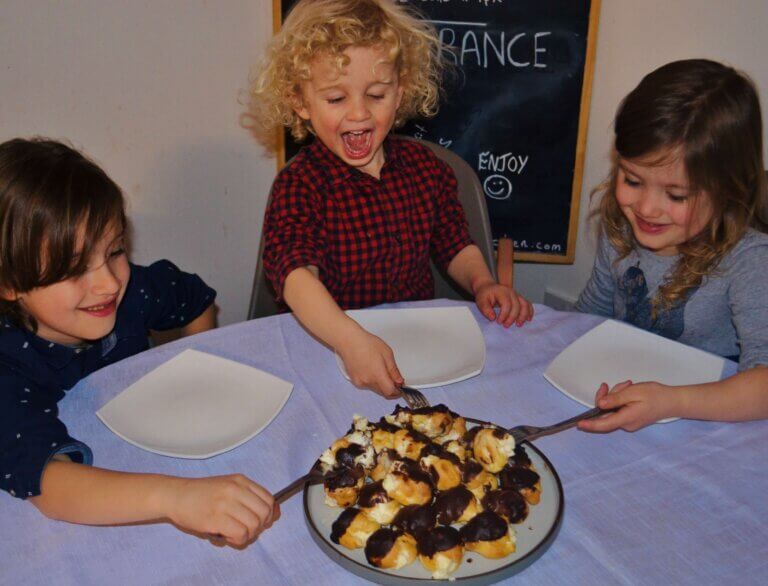 Thank you France, that was epic!

Next week we are excited to head to Kenya!!! … please don’t forget to SUBSCRIBE (scroll to bottom) & SHARE and if you have any International Food ideas or recipes from around the world you wish to share please do drop us a line