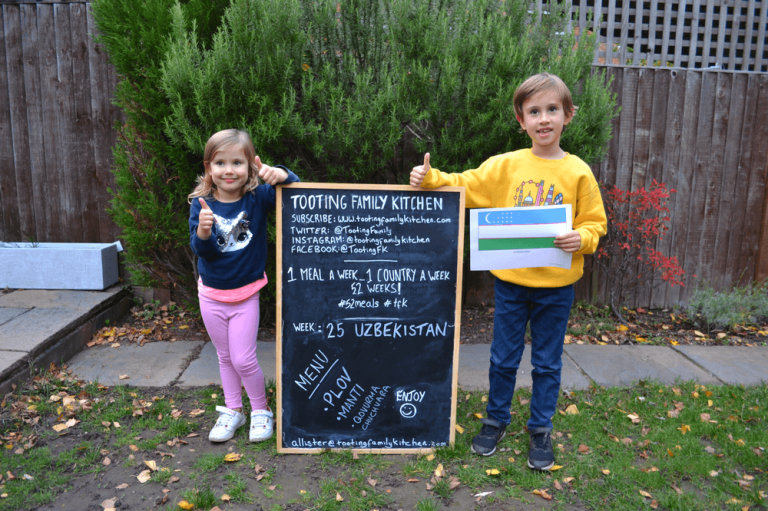 Thank you for joining Tooting Family Kitchen for Week 25 of our 52 Meals Challenge. If you are hitting our blog for the first time, welcome! We are on a culinary journey, exploring different cuisines from around the world to get kids cooking and learn about different International Cuisines and Cultures – celebrating Diversity through Food.

This week we make our first foray into Central Asia to check out Uzbekistan and cook up an Uzbek Family Feast!

Uzbekistan, along with the other ‘Stans of Kazakhstan, Kyrgyzstan, Tajikistan and Turkmenistan, to a certain extent feels like it is shrouded in mystery to many of us here in the UK. It is largely untouched by mass tourism, and despite being the most visited of the ‘Stans, along with Kazakhstan, it still only attracts around 1000 or so visitors each year from the UK, compared to a whopping 8.5 million in Spain! Some may say that because of the fact it ends in ‘Stan and borders Afghanistan, it can be associated with negative connotations of being unsafe, but in fact Uzbekistan is considered to be one of the safest countries in the world. I think it’s much more likely that it is one of only 2 double landlocked countries on the planet and us Brit’s do love a beach! Yep, you have to travel a hell of a long way to reach the ocean and any ideas of following the rivers can be cast to one side immediately, as there is not a single river that leads to the sea in the country… Hats off to Vadim Menkov – one of Uzbekistan’s most recognised sportsmen. Never would have guessed he’s a highly decorated sports canoeist.

Uzbekistan was of course a Soviet Republic and like many of the former Soviet Republics, Uzbekistan has continued to forge its own identity in the 20 years since gaining its independence. It is at the heart of central Asia and is the most populous country with approximately 33 million inhabitants, with most of the population living in rural areas. The vast majority of the population are ethnic Uzbeks and Uzbek is the official language, although Russian is widely spoken too. It is a secular state with approximately 90% of the population identifying as Muslim, with the majority being Sunni Muslim. Uzbek’s are known to be tough and resilient and in sports they have made a name for themselves in combat disciplines, especially wrestling, judo and boxing but even in cycling, ‘The Terror of Tashkent’ Djamolidine Abdoujaparov, multiple winner of the Green Jersey point contest in the Tour de France, earned his nickname for his fearless and often dangerous cycling.

So, given it is unlikely that any of us will be visiting Uzbekistan given current statistics, what is the cross over into our daily lives? Well, it is highly likely some of the clothes in your wardrobe will have their roots (literally) in Uzbekistan, being the second largest exporter of cotton in the world. Perhaps the gold you are wearing around your neck comes from Uzbekistan, being one of the largest producers and exporters in the world and if you are partial to a bit of uranium, it ranks 7th in the world in its production. I think Uzbekistan is a country that will become a popular destination for travellers. Type Uzbekistan into ‘google images’ and it is clear why – it is a stunningly beautiful country that sits at a historic crossroads with beautiful ancient cities that have stood for centuries under various ancient empires along old spice routes. And don’t let Covid put you off – if you contract the virus in Uzbekistan you could be granted nearly £2500.

Our good friend Shohista as a little girl with her mother in Uzbekistan. 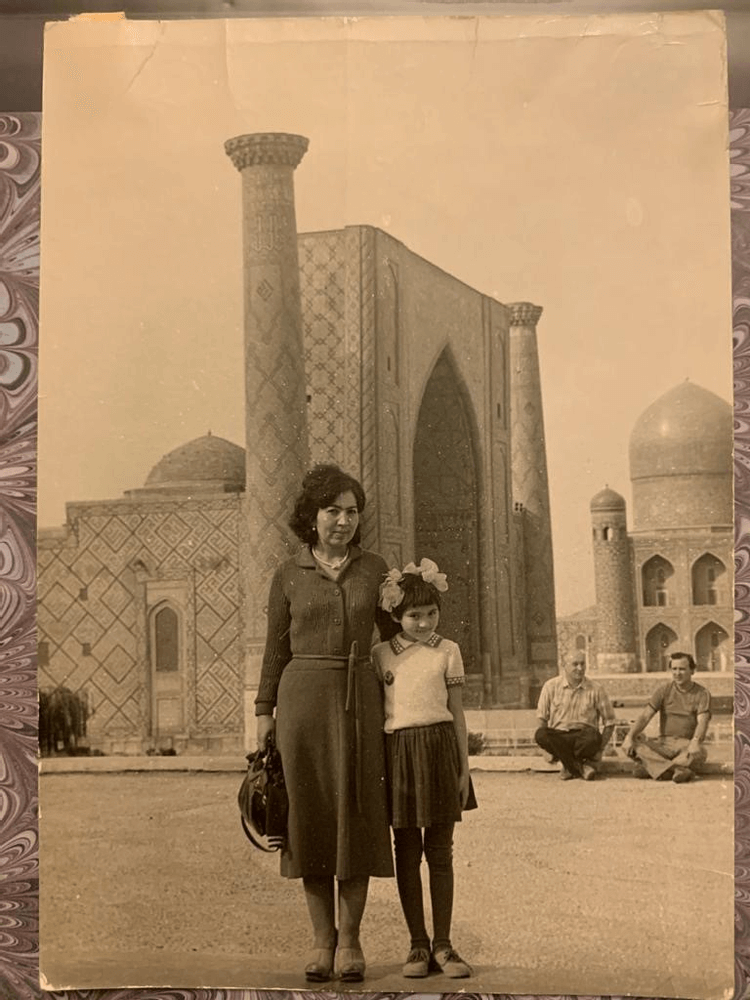 We are fortunate to have a very close Uzbek friend and fantastic godmother to our daughter in Shohista. Shohista was born and raised in Uzbekistan before coming to live in the UK and pursuing her career as a consultant eye surgeon. She told us what an important part of Uzbek culture meals are. “Most people live with three or four generations together, so family meals are a big gathering and are usually three courses with a constant supply of tea. The elders sit at the top of the table and start the meal, the youngest ones wait until all the older people have started their meal. The meal is always finished with Dua, thanking the god for the food, after everyone has finished. The table should always have the bare minimum of bread and tea, along with fresh or dried fruit according to the season. Starter is always a soup and the main course is usually Plov, served with a salad or yogurt/pomegranates in the winter. Other popular dishes are manti, chuchvara, lagman, hanum, jarkop and dimlama.”

I followed Shohista’s lead on cooking Plov (along with Manti and Chuchvara) – how could I not? Legend has it that it was invented by the cooks of Alexander the Great and an Uzbek master chef is held to be able to cook enough plov in one cauldron to serve a thousand men! The Uzbek ‘Jamie Oliver’, Chustiy is a national celebrity and a World Record holder for his plov. I think I have found my new calling in life!

Let's get filling the Manti 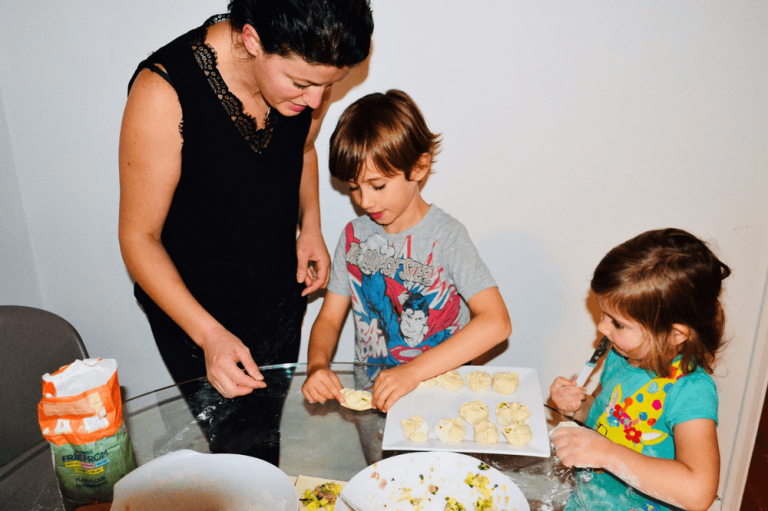 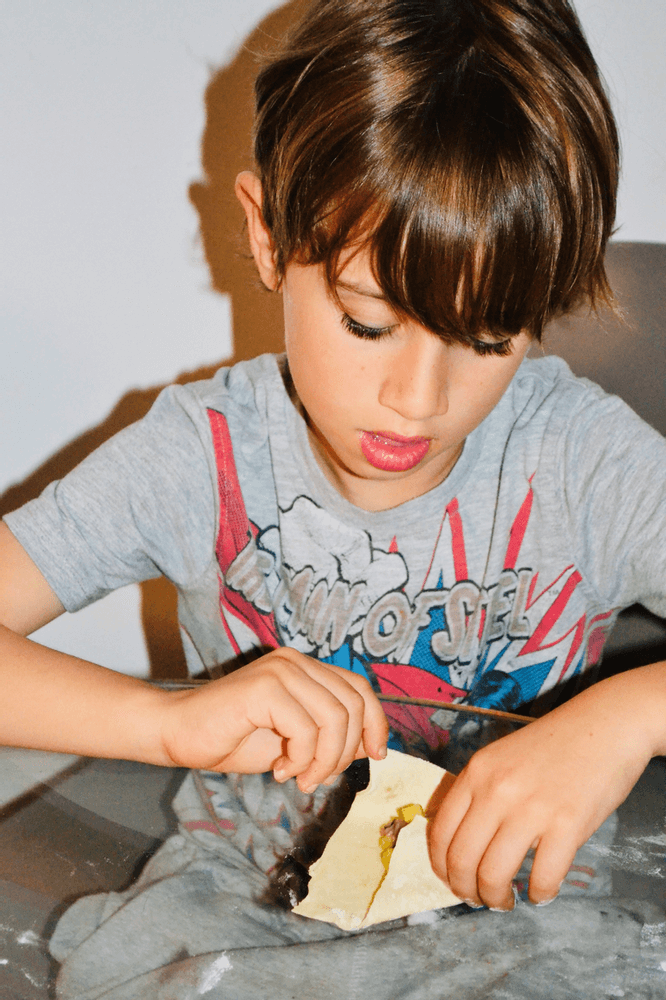 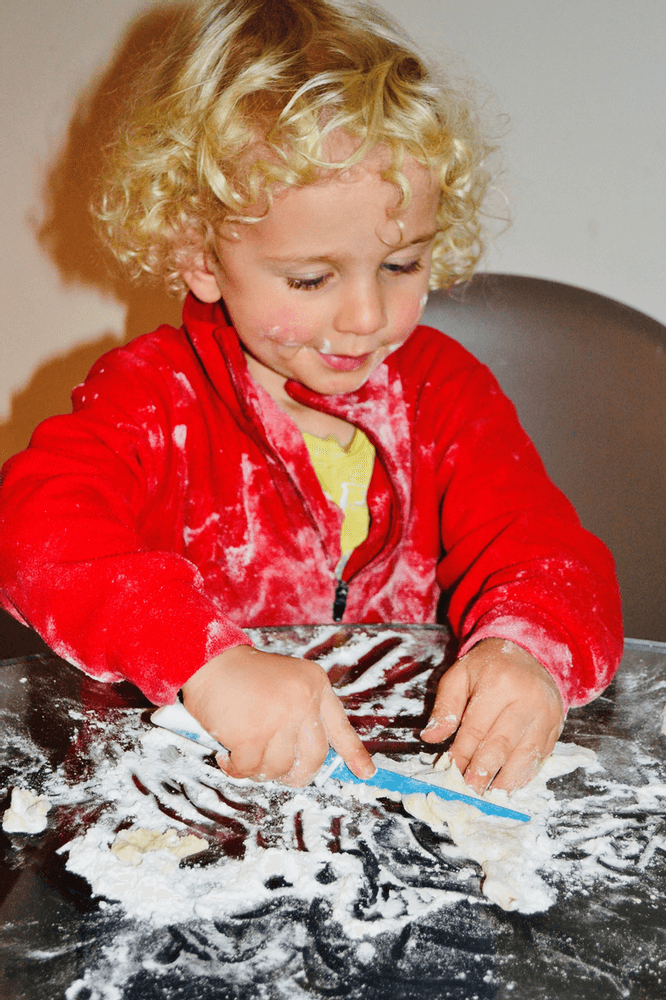 Manti is ready for steaming 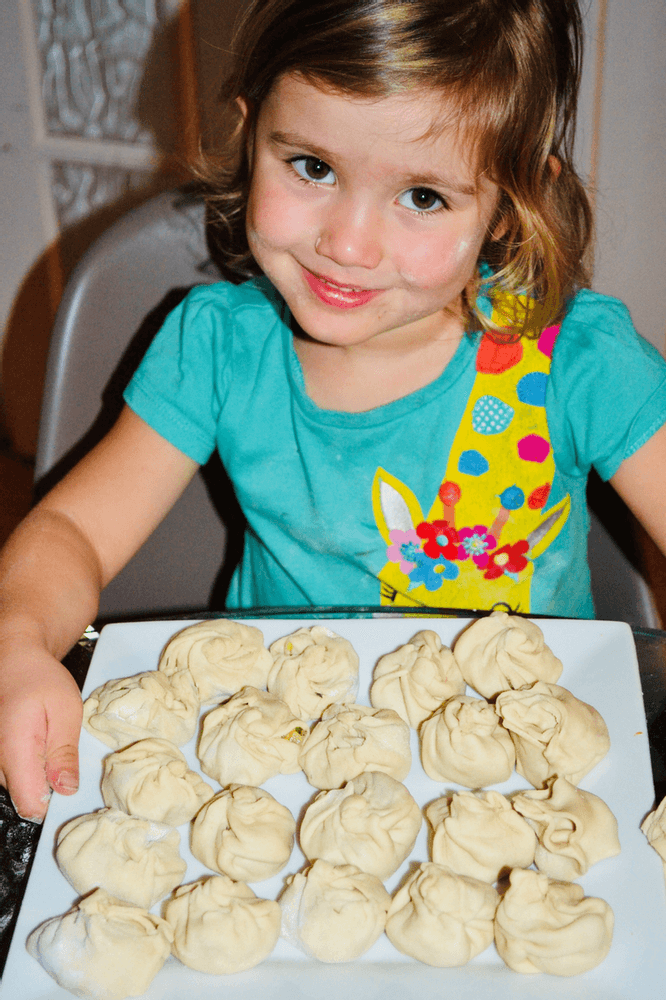 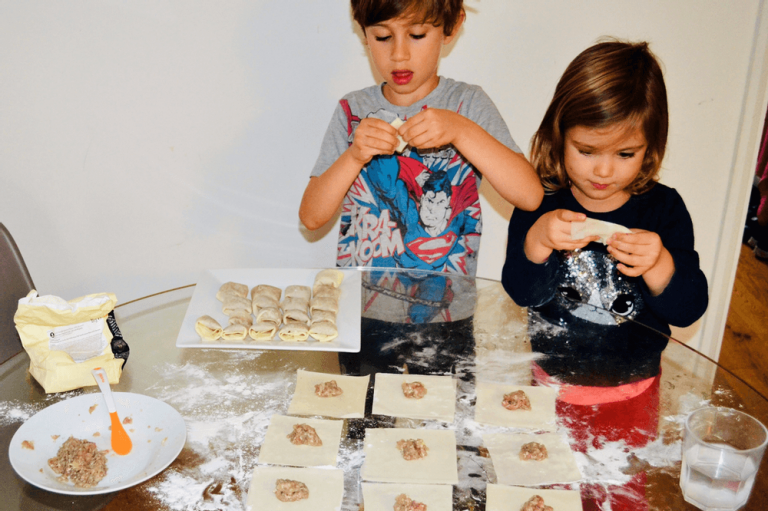 The chuchvara ready for frying 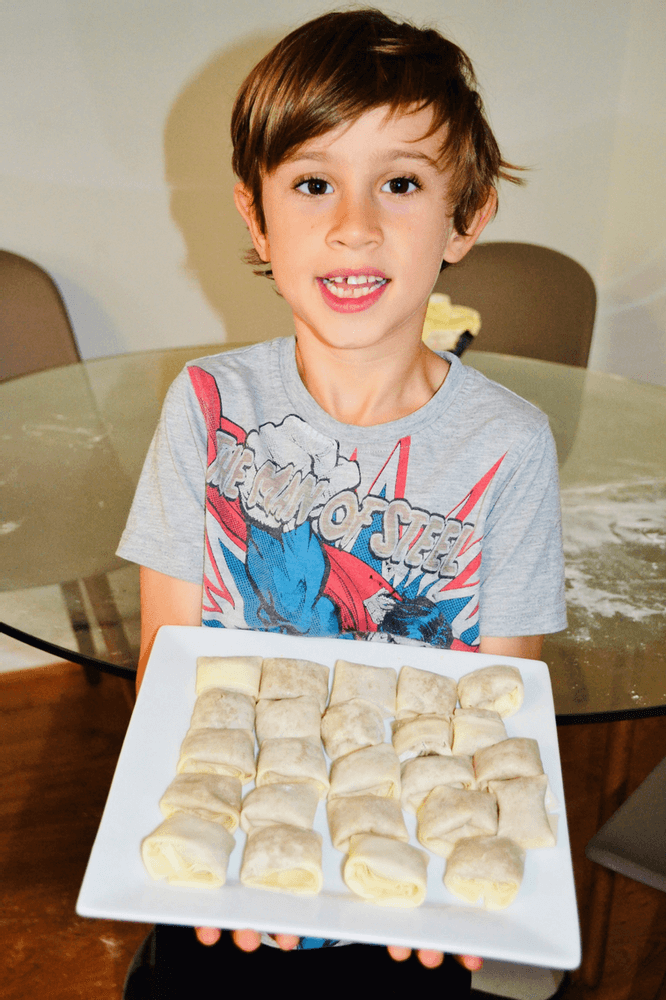 Checking out the Plov ingredients 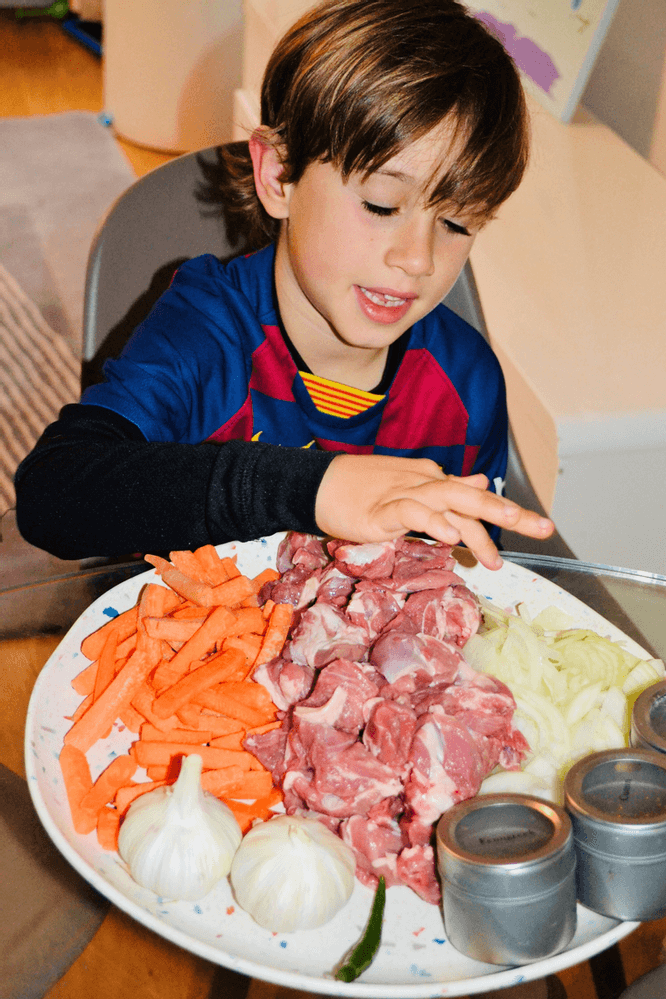 Our Manti steaming away 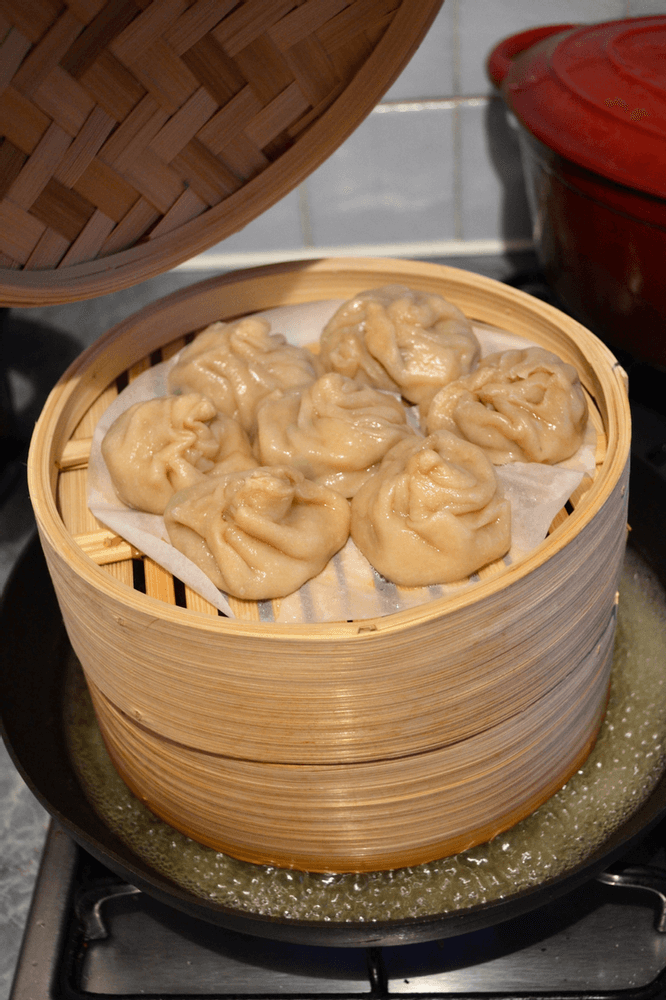 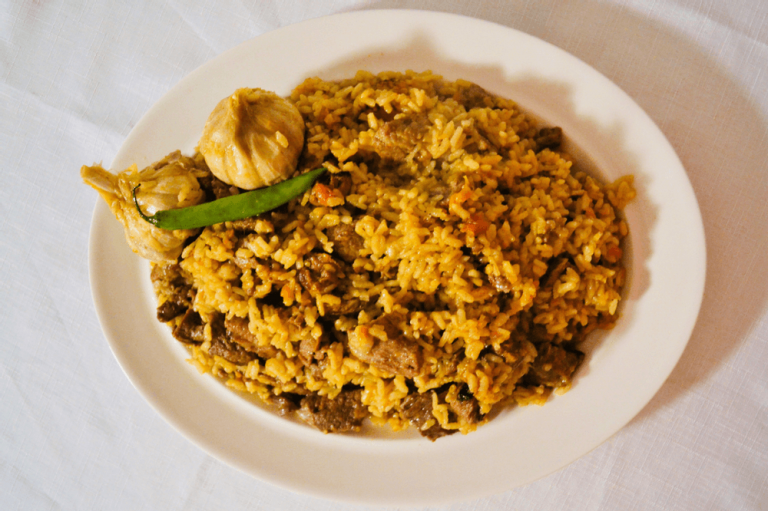 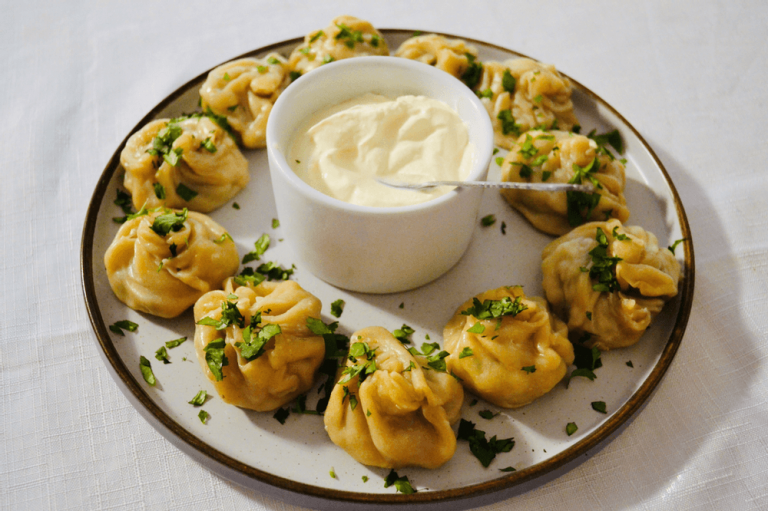 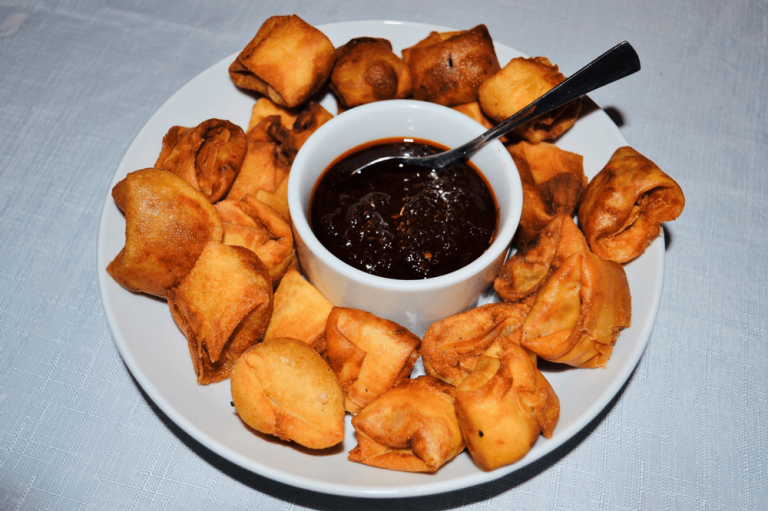 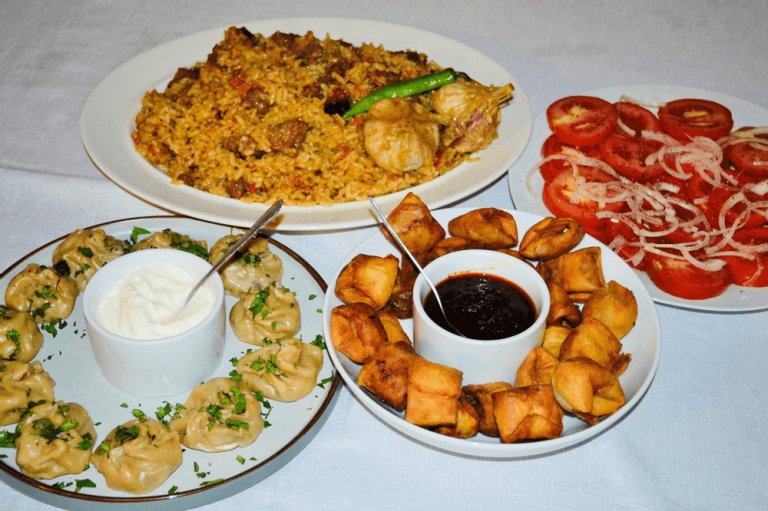 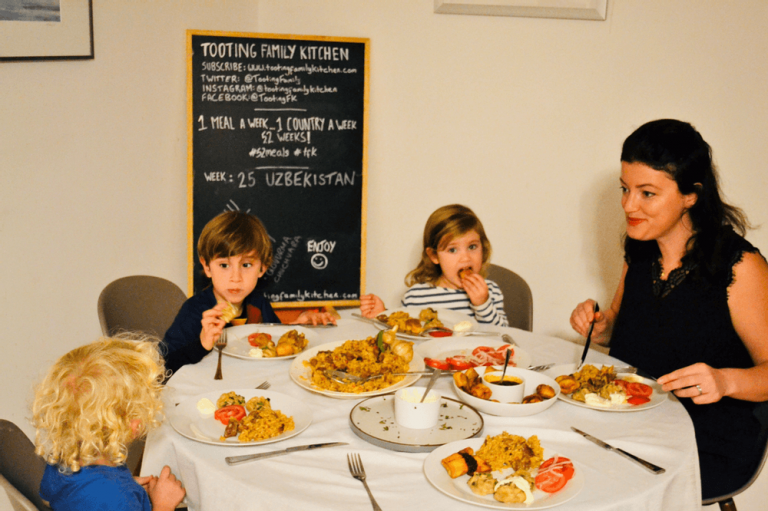 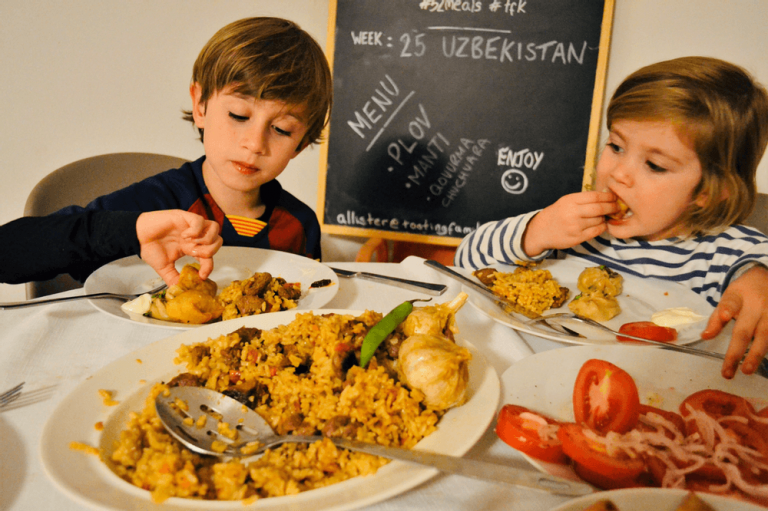 Uzbekistan - that was delicious! 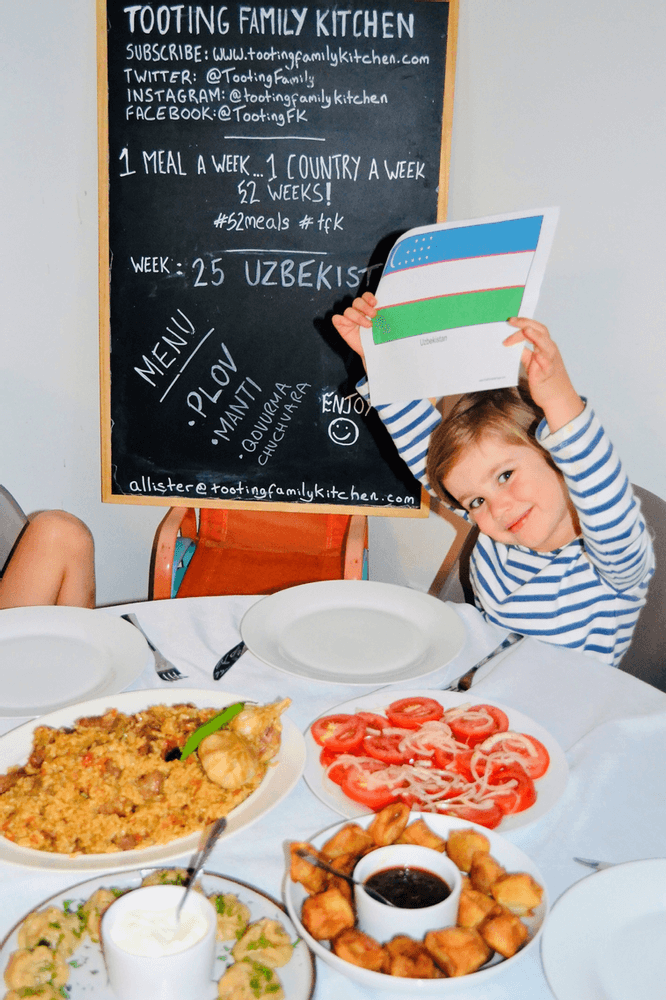 Thank you Uzbekistan, that was epic! Can’t wait to explore more of your cuisine.